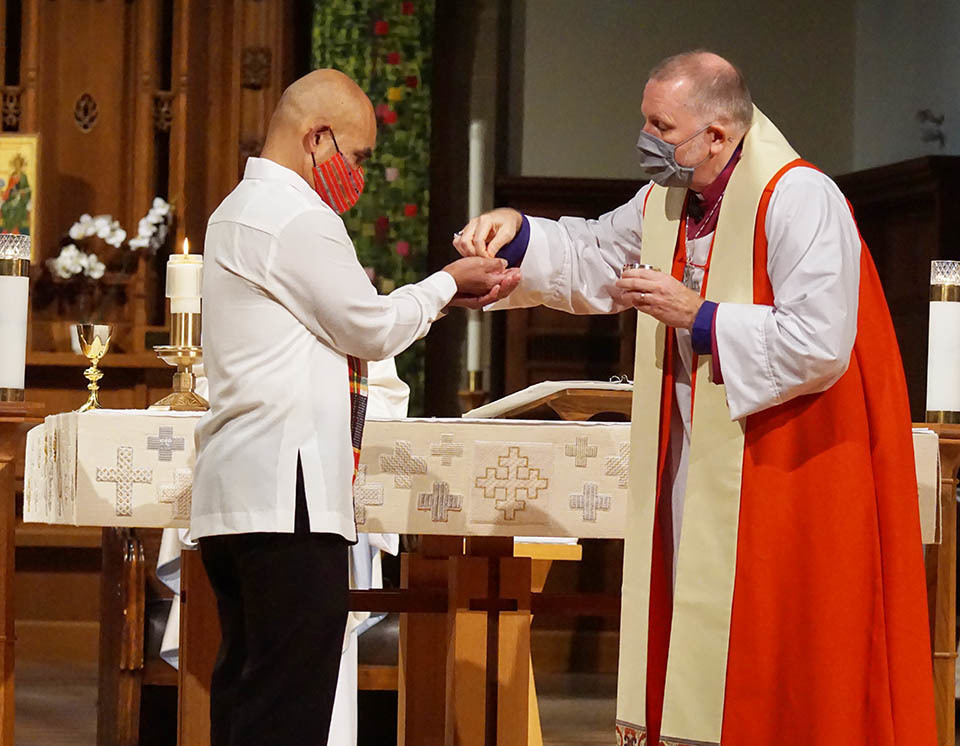 One hundred and ninety years have passed since a group of fur trappers and traders first read Morning Prayer in a rough fort on the bank of the Fraser River. Years later, the Diocese of New Westminster – named after the first incorporated city in British Columbia – was established in 1879 as an integral part of the British colonization of the west coast of Canada.

The Diocese of New Westminster is situated on the ancestral traditional territory of the Coast Salish peoples who have lived on this land of beauty and abundance for thousands of years prior to contact with European settlers. Today, the diocesan boundaries cover the territory of more than forty first nations.

The Diocese encompasses much of the area commonly known as the “Lower Mainland of British Columbia” and is bounded to the north by the Coast Mountains, to the southeast by the Cascade Mountains, and traversed from east to west by the Fraser River flowing to the Pacific Ocean.

The Diocese of New Westminster has a history of strong contributions – from bishop, clergy and laity – to the life of the wider Anglican Communion. “Who we are” is best reflected in our 2012 re-expression of priorities linked with the 5 Marks of Mission of the Anglican Communion.

The Diocesan mission statement is "Growing communities of faith in Jesus Christ to serve God's mission in the world." By visiting the various pages on this website you will learn about the mission and ministry of the Diocese of New Westminster: compassionate service -  locally, regionally, nationally and internationally; Reconciliation; Christian Formation; Community Development and Learning. Click here to read more.