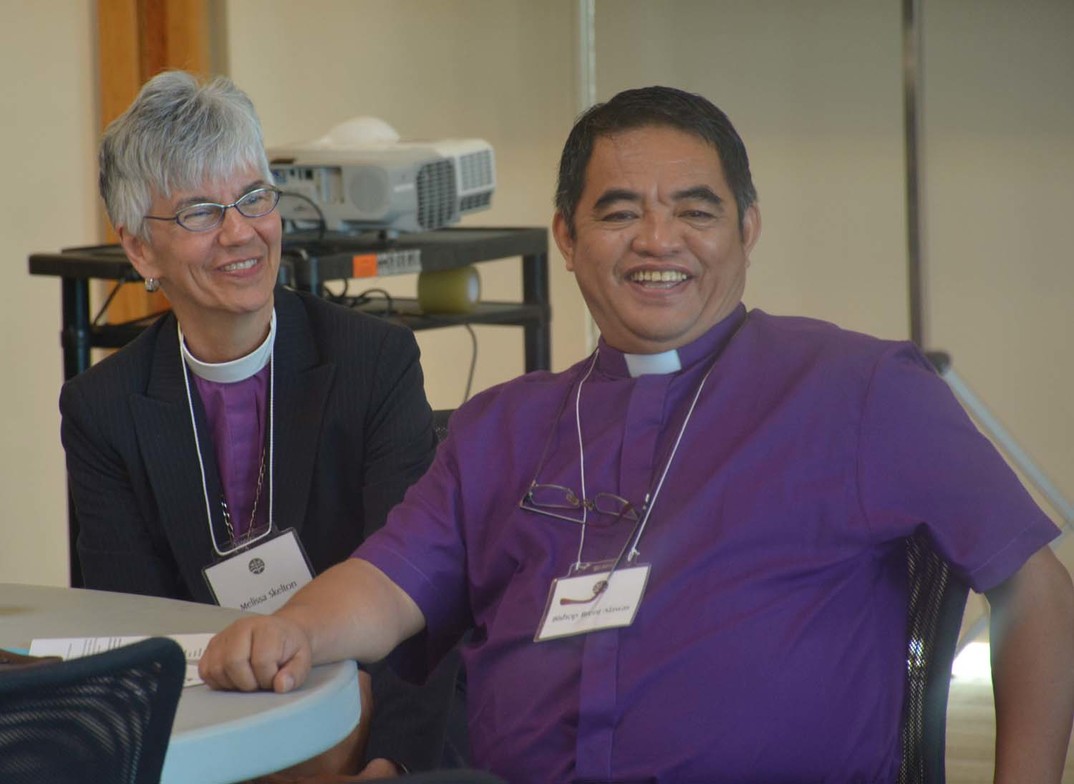 On November 21, 2016 the Executive Archdeacon's office announced that the Companion Diocese Committee is beginning its work to put in place resources and ways for parishes to be effective partners with our Companion Episcopal Diocese of Northern Philippines. Parishes will be hearing more from the Committee soon.  Members are Carol Tindall, Deacon Paul Richards, Jeremiah Narayan, Felly Farinas, Clare Urquhart, the Venerable Karen Urquhart, Abby Cline and the Venerable Douglas Fenton as staff support.

The committee have connected parishes in the EDNP with parishes in the DofNW. Each parish has been asked to consider the appointment of a parish liaison to begin the process of connecting with the partnered parish to join together through "bonds of affection" united in the love of Christ.

More information about the partner parish program will be made known as it becomes available.

THE EPISCOPAL DIOCESE OF NORTHERN PHILIPPINES

In the precis prepared by diocesan senior staff and distributed to Council prior to the May 11 meeting the following information was shared:

The desire to be in a companion relationship with another diocese and on the Pacific Rim was expressed by the Diocese and affirmed by Bishop Skelton. After consultation with Dr. Andrea Mann, Global Relations Director, General Synod and with Canon Peter Ng, Asia and Pacific Partnership Officer, Episcopal Church, USA a recommendation was made in favour of exploring a link with the Episcopal Diocese of Northern Philippines (EDNP).

Exploratory conversations with Bishop Alawas and his staff and the Provincial Office of the Episcopal Church in the Philippines (ECP) occurred and an initial visit was made by Archdeacon Douglas Fenton. The Bishop, Clergy and People of the EDNP were excited by the possibility, never having had an opportunity for such a link. Bishop Alawas invited Bishop Skelton to attend and address their Diocesan Convention (even moving the dates of the Convention to accommodate her travel.)”

Bishop Skelton, her husband the Reverend Eric Stroo and Archdeacon Douglas Fenton did travel to the Philippines and began their seven day visit on March 1, attending the 45th Diocesan Convention of the EDNP held at Cathedral of All Saints, Bontoc, Mountain Province. Bishop Skelton was the guest preacher at the Opening Eucharist. On Day 3 of the convention, March 3, a motion was put to begin a companion relationship and it passed unanimously. The motion reads in part:

“Resolved, therefore, that this Diocesan Convention affirm and approve initiatives taken by the Diocese of New Westminster and the Episcopal Diocese of Northern Philippines to establish a companion relationship of compassion, kindness, humility, meekness, forbearance, love, and harmony to further God’s mission in each diocese.”

Speaking during the May 11 Diocesan Council meeting, the Venerable Douglas Fenton, executive archdeacon of the diocese said that diocesan companionship is about creating an environment where members of both dioceses are enriched by the realization that the world wide Anglican Communion is a vast and diverse faith community, but that we are interdependent. Given his recent experiences in the EDNP, Archdeacon Fenton believes that the folks from the EDNP have much to teach us and to share with us. Before calling for the vote (the resolution was carried unanimously), Bishop Skelton spoke in favour of the motion. She believes that much good will come from this and she is excited for what the future will bring.

Bishop Brent Alawas arrived in Vancouver the day after the successful vote and attended the first ever diocesan Mission Conference on May 14 where he attended workshops, participated in a Q&A and was also the after dinner speaker.