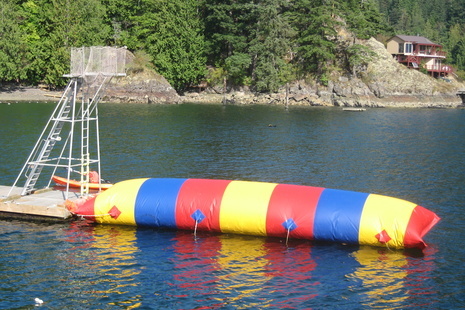 Camp Artaban has been providing Christian Camping on its Gambier Island site since 1923, making it one of the oldest camps in British Columbia. The site was chosen by a group of ministers and businessmen under the leadership of Bishop Heathcote and the first camp was held in 1923. It was owned and operated under a private company called the "Church of England Camp Company." In 1949, the Camp Artaban Society was formed as a non-profit society, and it assumed ownership and responsibility for the operations of the camp.

Since it was founded, the Society has worked in association with the Anglican Diocese of New Westminster, which has provided funding and grant money to the camp throughout the years.

In the fall of 2014, a settlement agreement was reached between the Society and the Diocese of New Westminster in order to settle the debt to the Diocese, which went back some 30+ years.

The Camp Artaban Society runs several weeks of summer camping. The site is avaliable for rentals by parishes and groups.

For more information, and registration for summer camps, please see the website for Camp Artaban.

To connect directly with the Camp Artaban Society, simply fill out the form below.