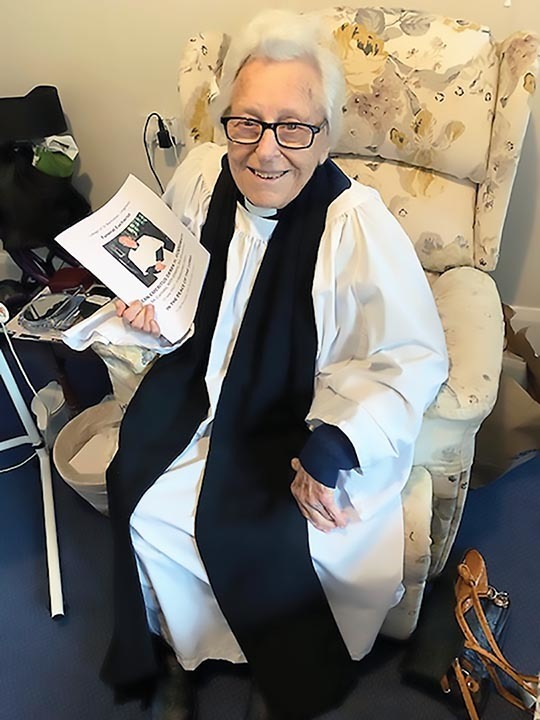 Join with Eve's friends and loved ones in-person at St. Anne's or around the globe via Zoom.

In the Diocese of New Westminster, Eve was ordained to the diaconate in 1984, and to the priesthood in 1985, by Archbishop Douglas Hambidge. Prior to ordination she had been active at St. James, Vancouver and St. John, Shaughnessy. In the late 1970s she served as a lay minister at Nooksack Indian United Methodist Church near Bellingham.