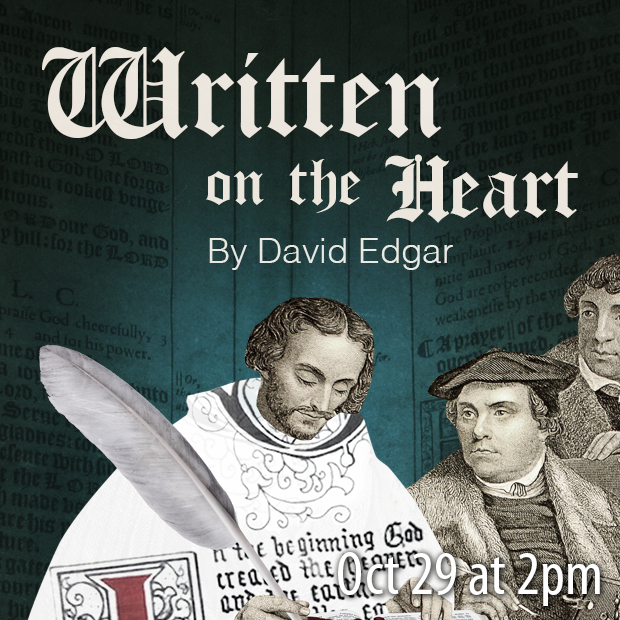 Pacific Theatre will stage the play commissioned by the Royal Shakespeare Company for the Authorised Version of the Bible's 400th anniversary.

Across an 80 year divide, two men work to translate the Bible into English, confronting death and reaching for power.

A reading of the historical drama about the formation of the King James Bible, presented to celebrate the 500th anniversary of the Reformation.