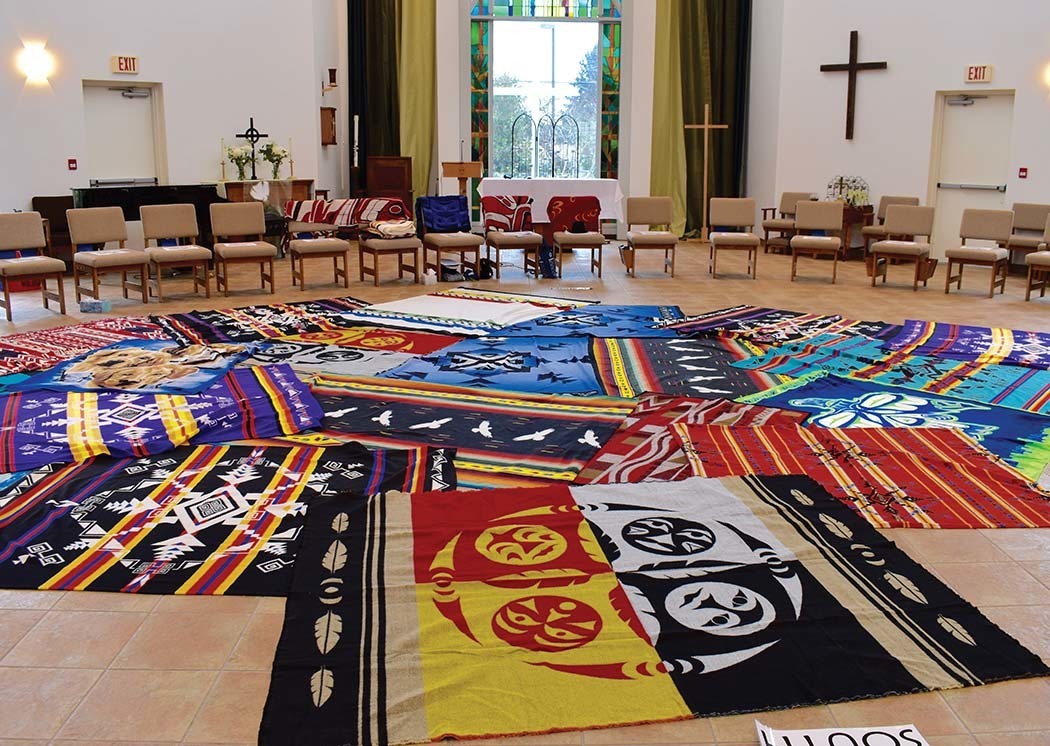 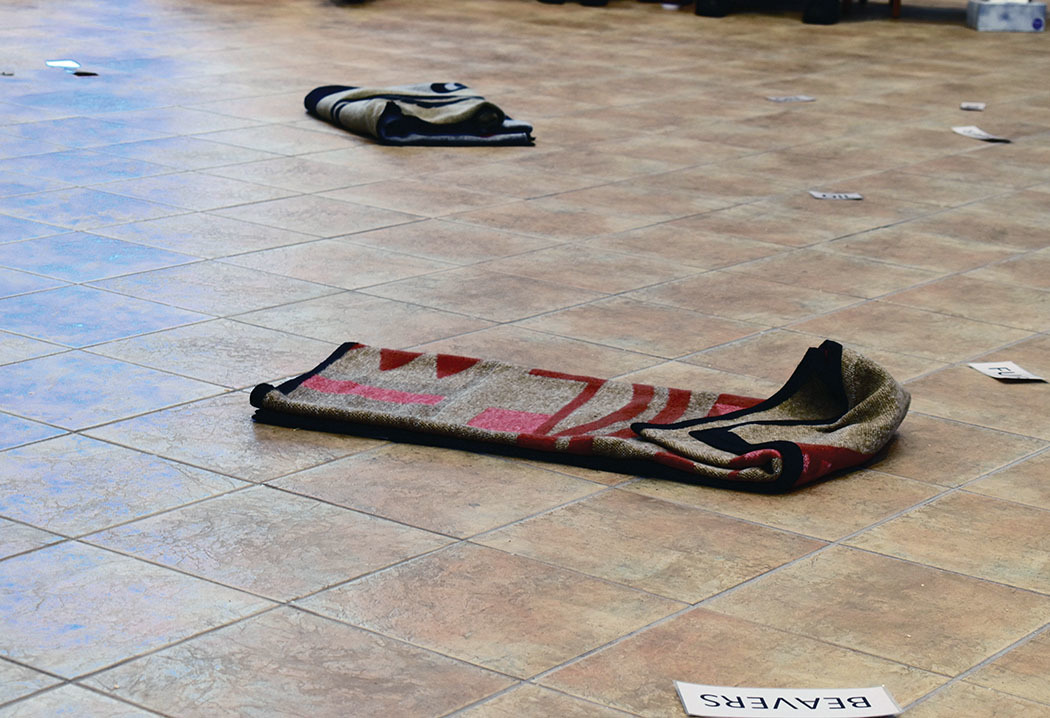 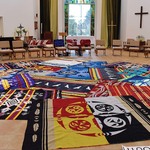 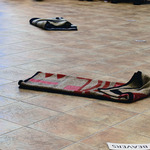 Kairos is an ecumenical organization, which brings together over 10 inter-church coalitions, including the Anglican Church of Canada and PWRDF, to work for ecological justice and human rights. The Kairos Blanket Exercise is an educational and participatory exercise that graphically illustrates what has happened to Canada’s indigenous people as the result of colonization.

The Kairos Blanket Exercise begins by covering the floor of the sanctuary with colourful blankets, representing the territory inhabited by the indigenous people of Canada before colonization. Participants were asked to stand on the blankets, greeting and interacting with each other, representing all the different nations and their interrelated cultures.

The narrators then reads the list of things that have impacted the Indigenous people as the colonizers settled the land: values and beliefs held by the colonizing nations and imposed on the Indigenous people such as the “Right of Discovery Doctrine,” treaties made and broken with Indigenous nations, acts of government limiting the rights and lands of Indigenous people, imported diseases for which Indigenous people had no defense, and residential schools meant to assimilate Indigenous people into the dominant culture, breeding abuse, and destroying families in the process. Blankets and people were removed as the list went on. In the end all that remained were a few isolated, crumpled blankets, barely big enough to hold the few people that were still standing. It was a very visual, graphic illustration of how Aboriginal populations were decimated and their lands taken away.

For some of the participants it was a very emotional exercise and small groups were arranged following the exercise to de-brief and discuss the experience. One of the difficult issues that came up, and which we as Christians have to grapple with, is reconciling our Christian faith with what was done to Indigenous people in the name of that faith.