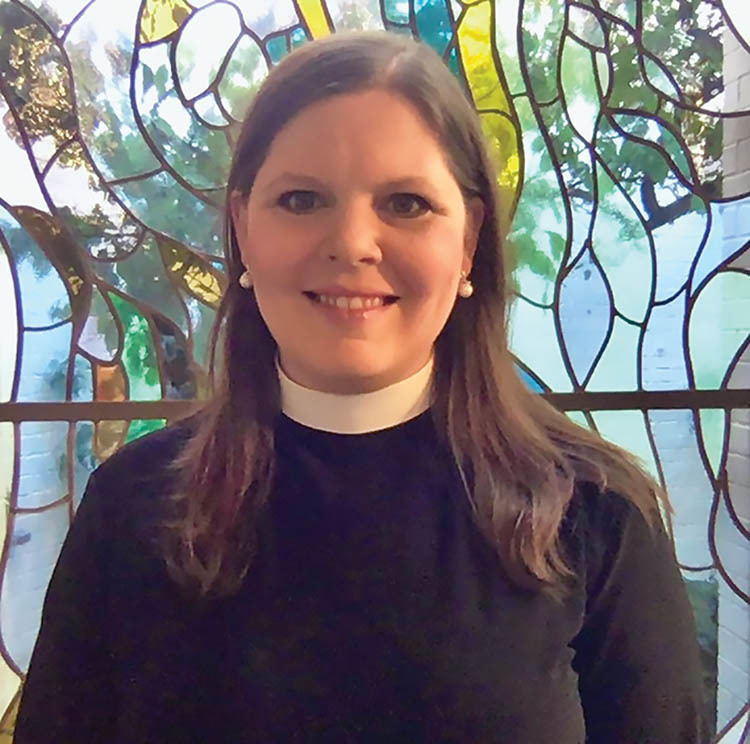 The Rev. Terry Shields Dirbas grew up in the southeastern United States. Mother Terry holds a BA in Religion from Duke University in Durham, North Carolina; an M.Div. from General Theological Seminary in New York City; and she is currently pursuing a Doctor of Ministry degree through Virginia Theological Seminary. Terry was ordained to the priesthood in San Diego, California, in 2010. Her first call was as Associate Rector and Chaplain to the Day School at Christ Church, Coronado, and later she served as Associate Rector at All Souls', Point Loma.

In addition to parish work, she has also served on the board of directors of the nonprofit Episcopal Community Services and as the chair of the Commission on Ministry of the diocese of San Diego. She is married to the Rev. Joseph Dirbas, who is also an Episcopal priest, and together they have five young children: George, Jeannie, Chatham, James, and Mary.