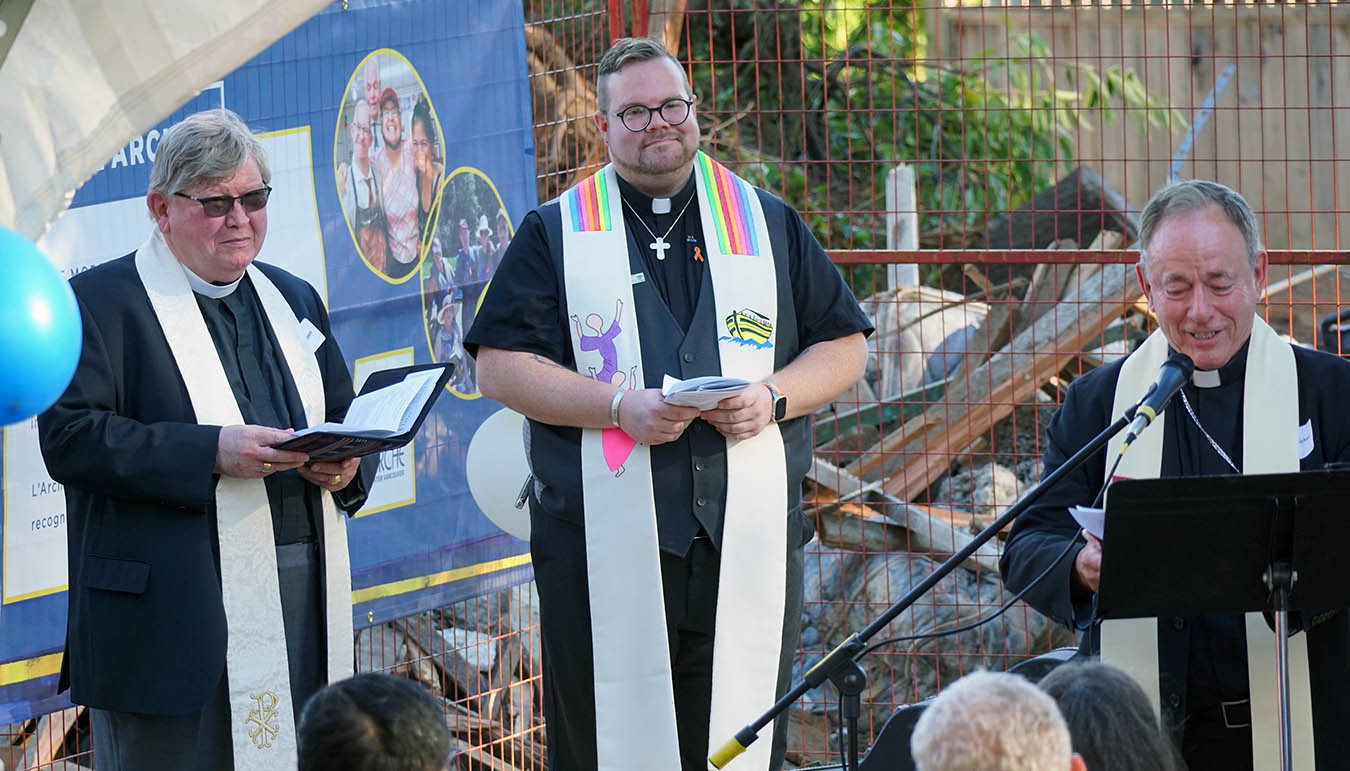 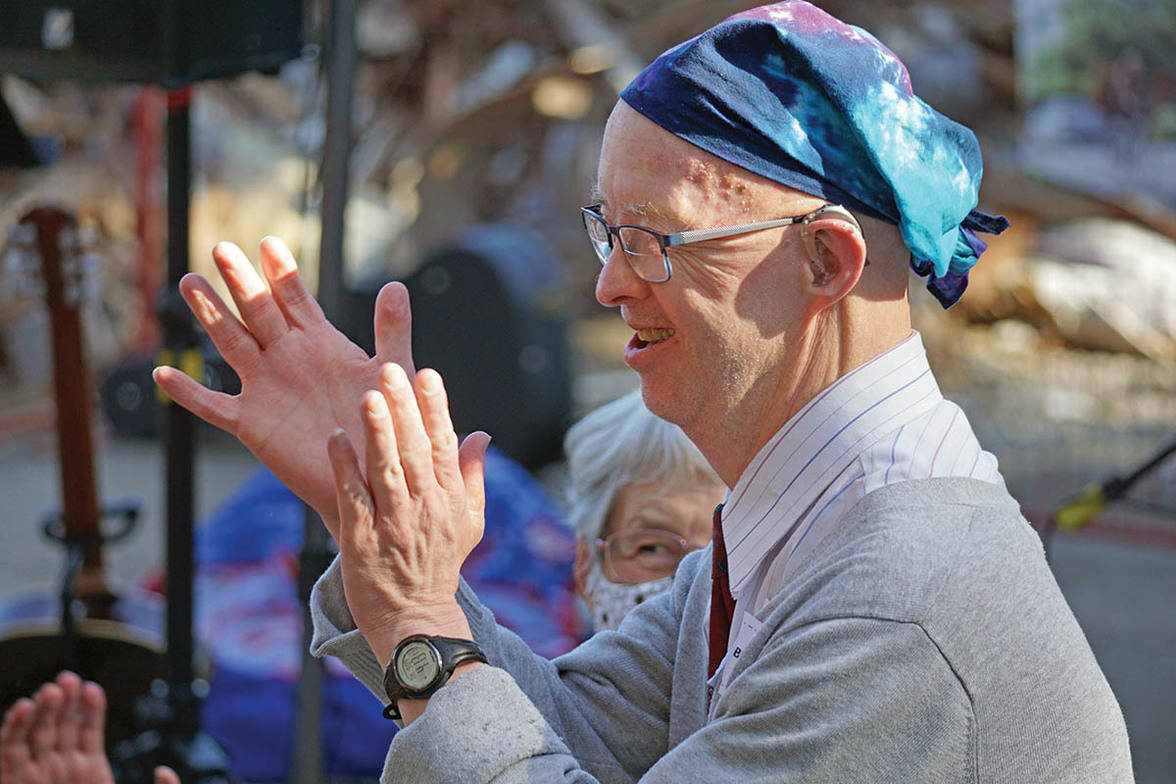 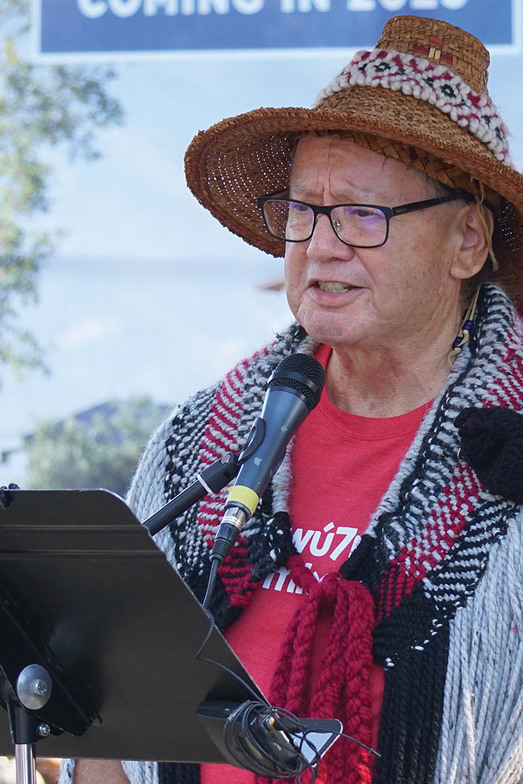 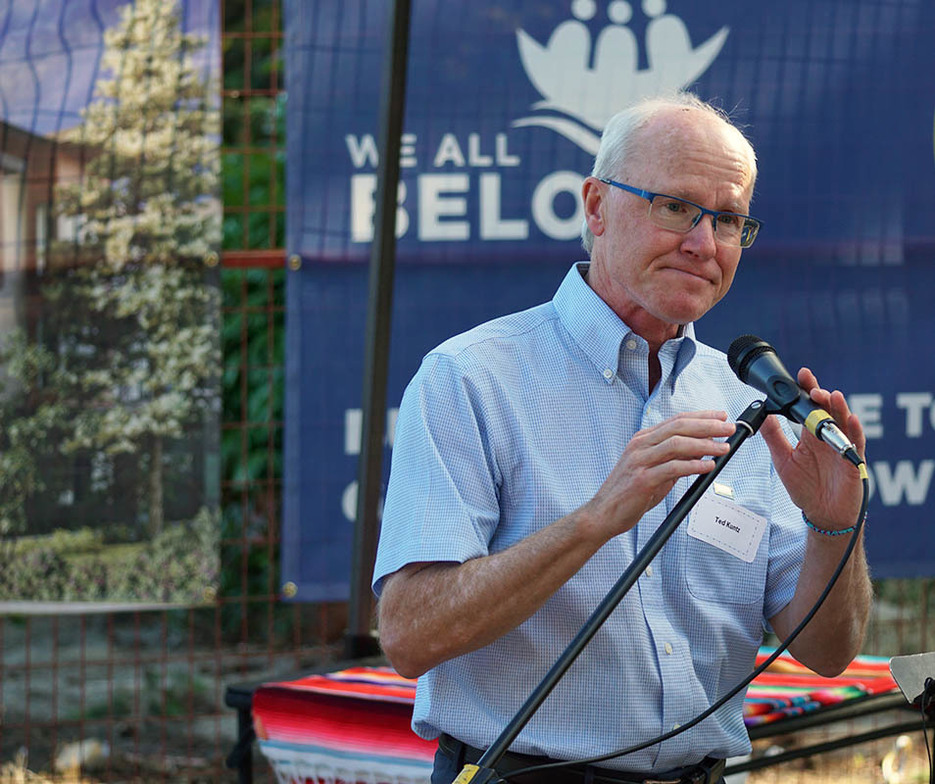 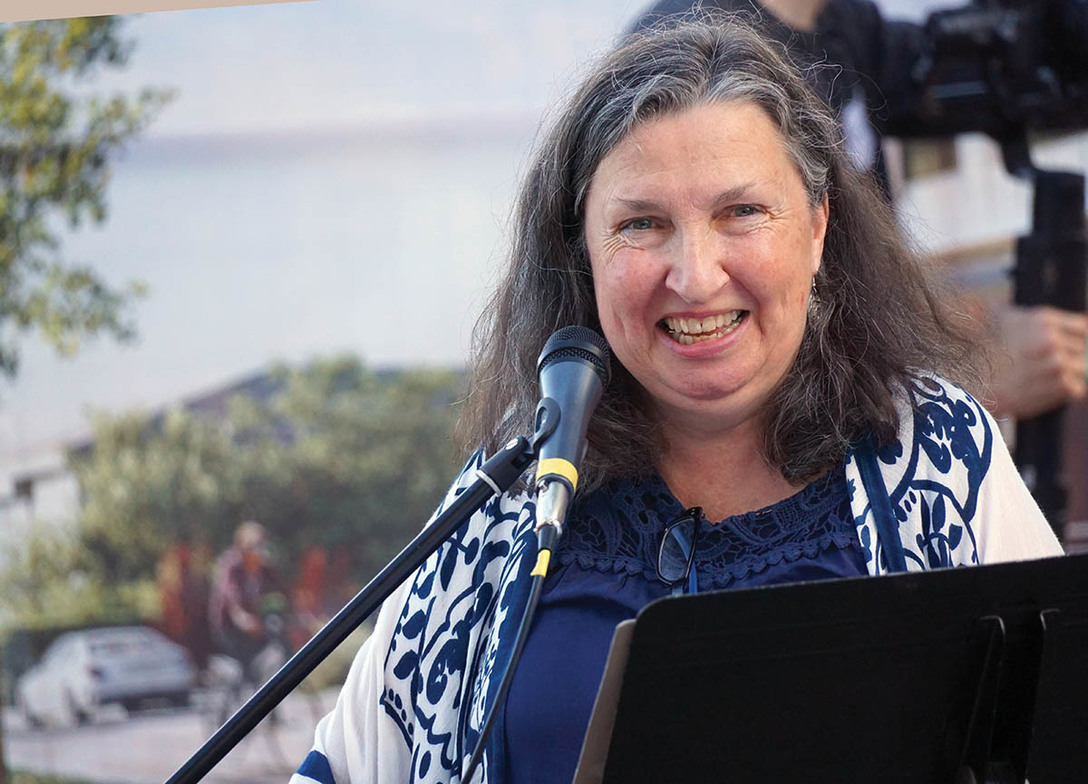 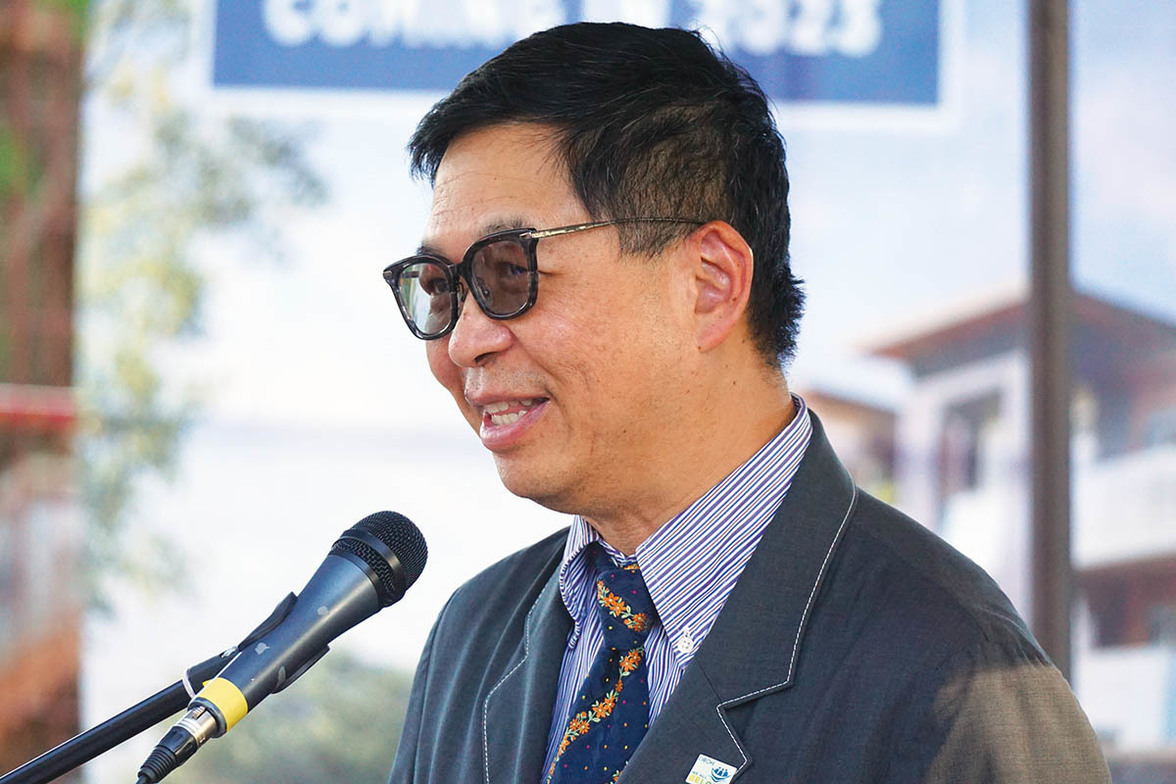 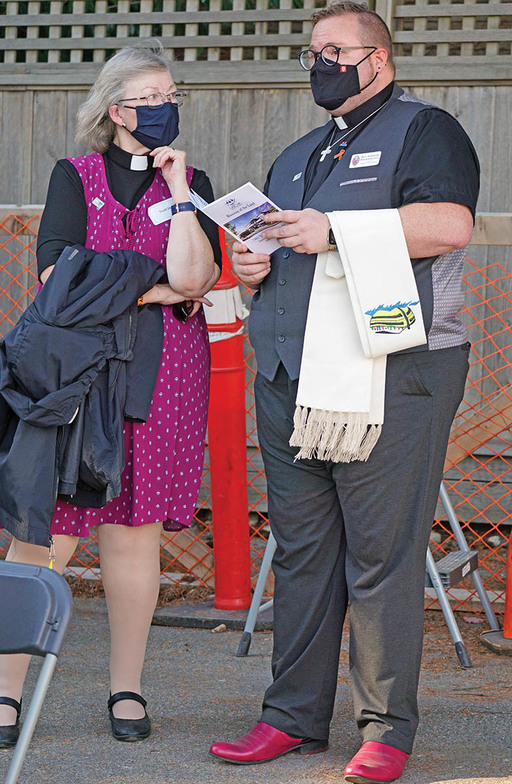 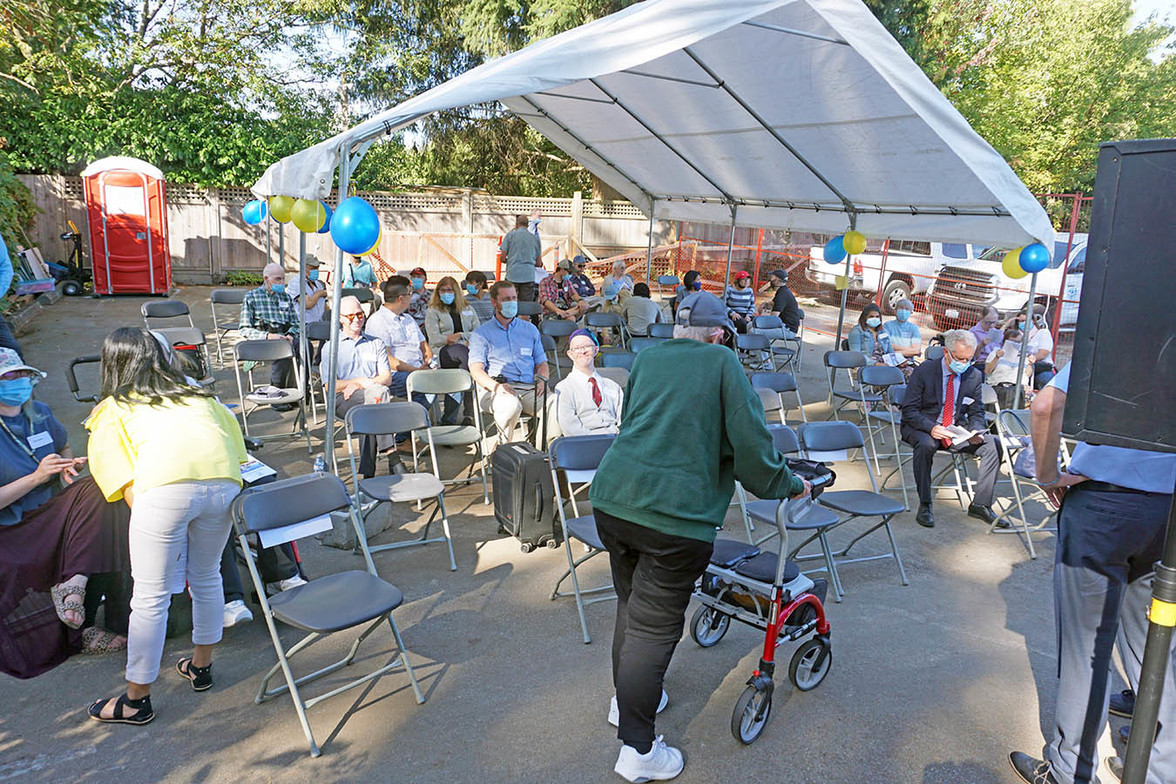 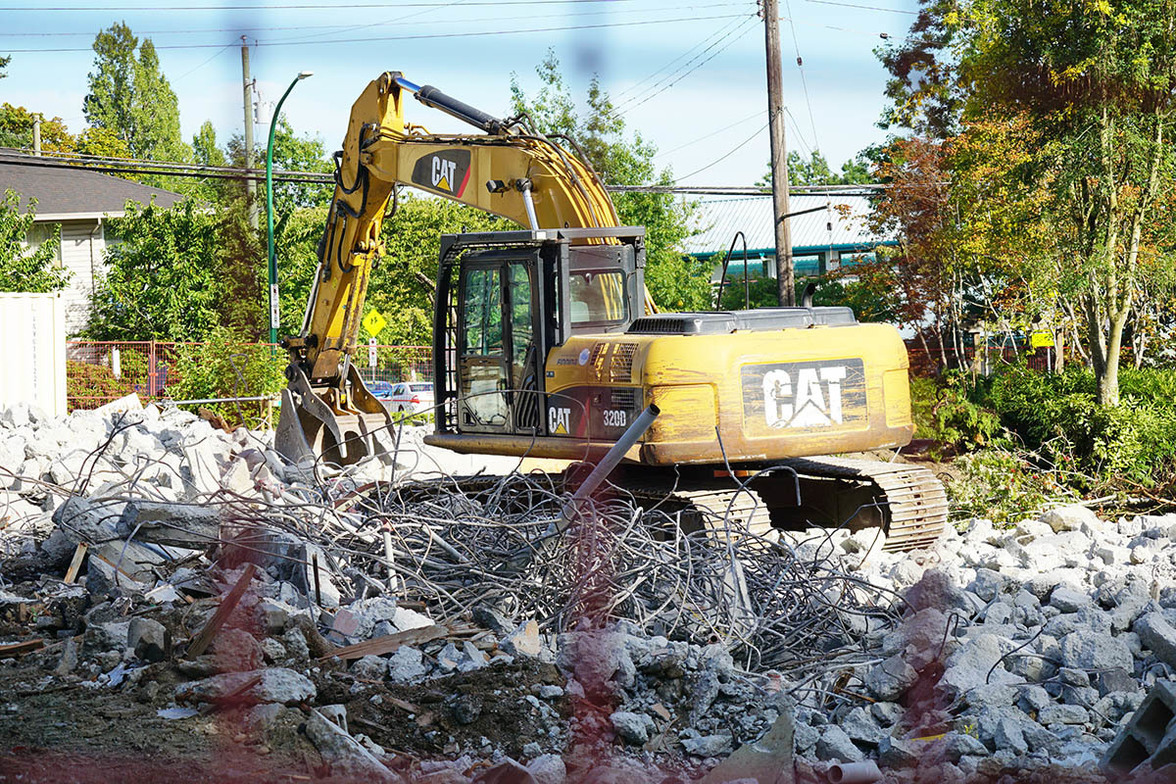 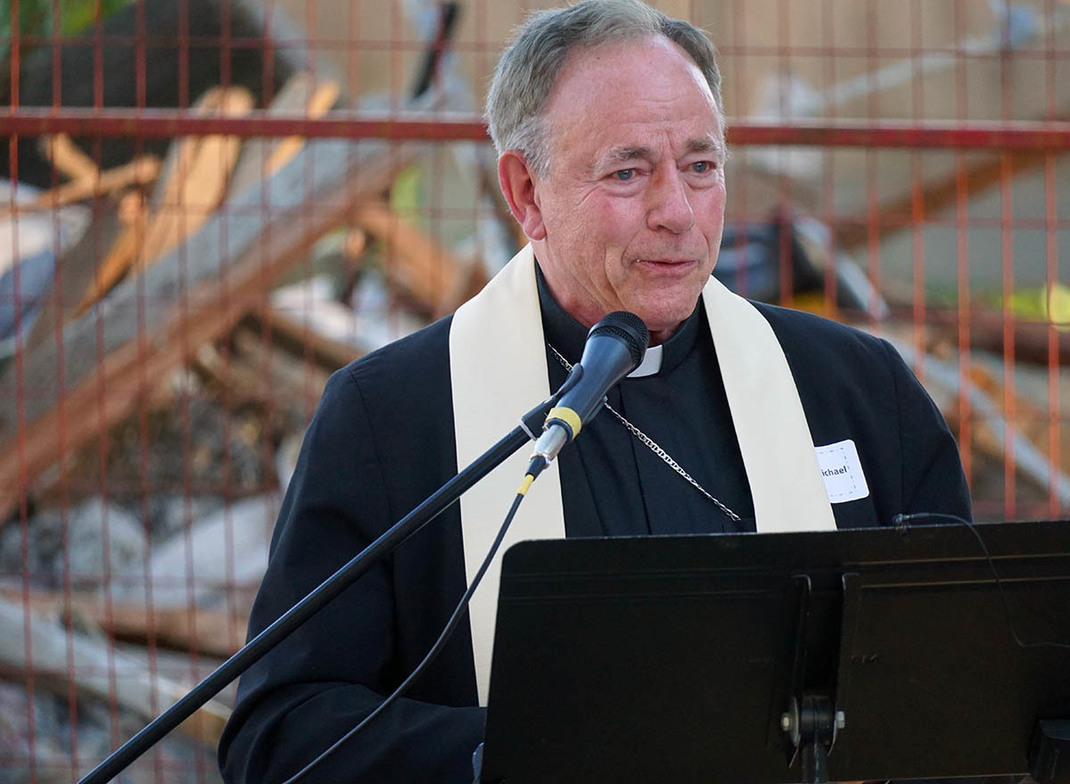 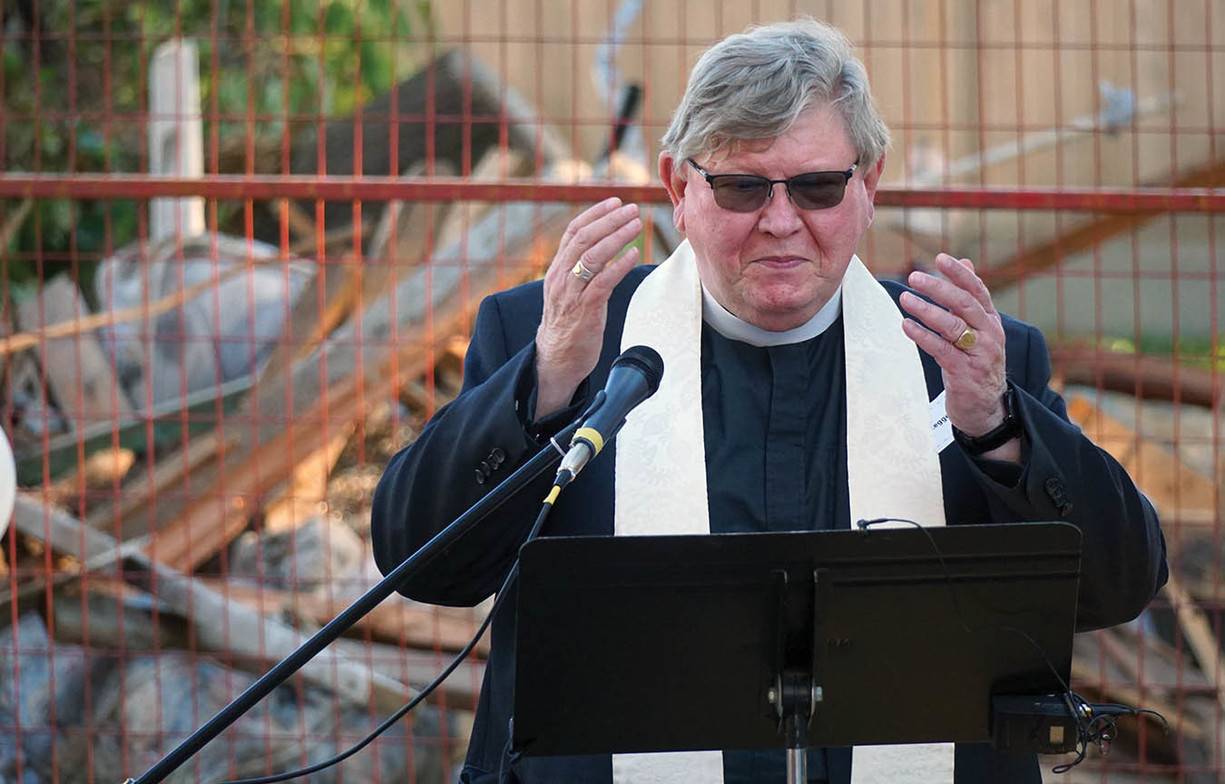 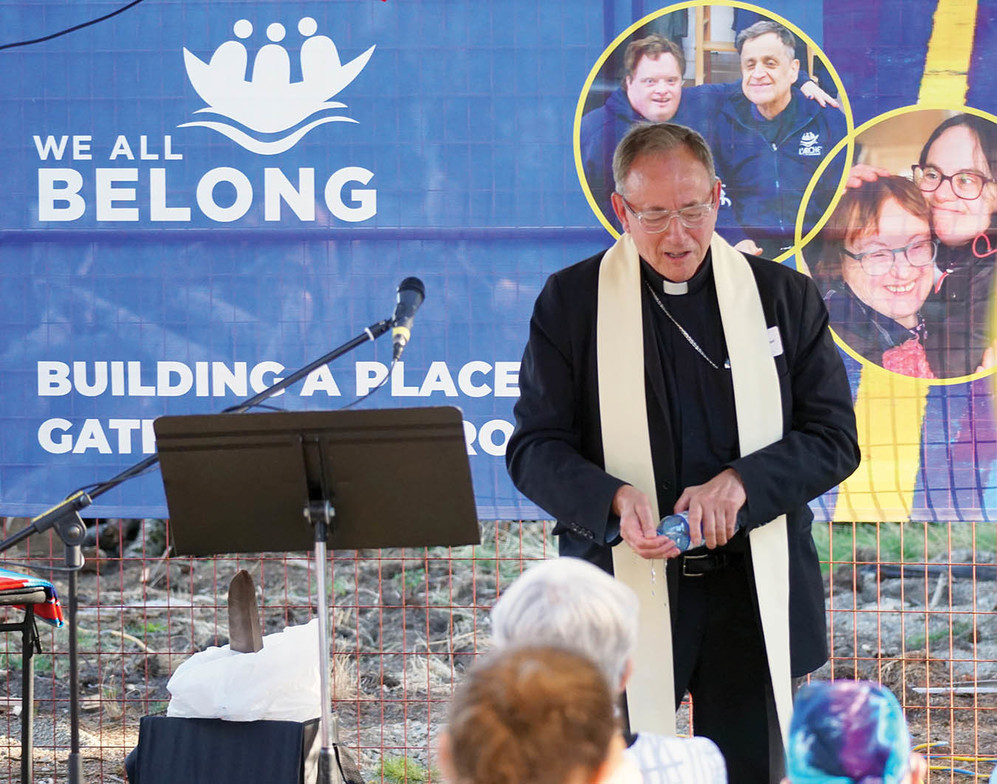 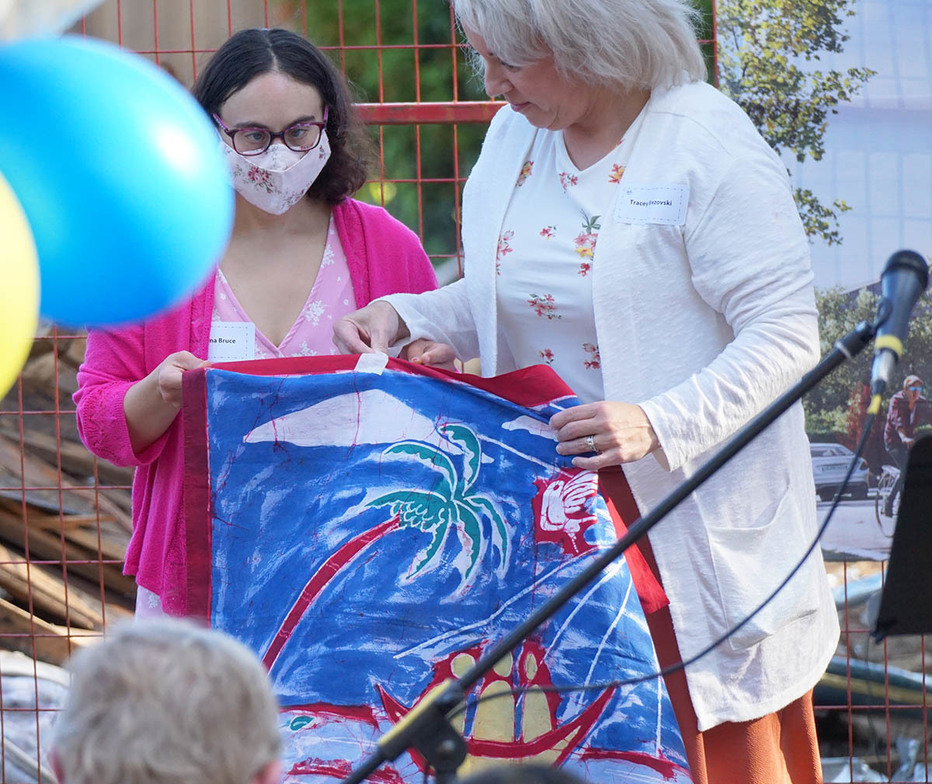 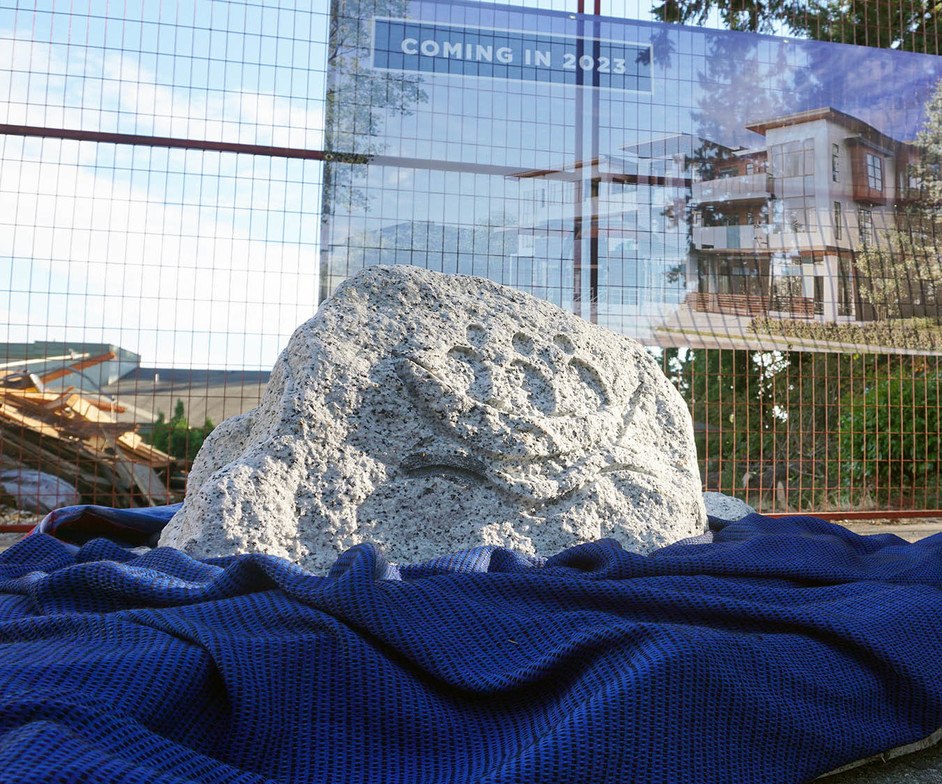 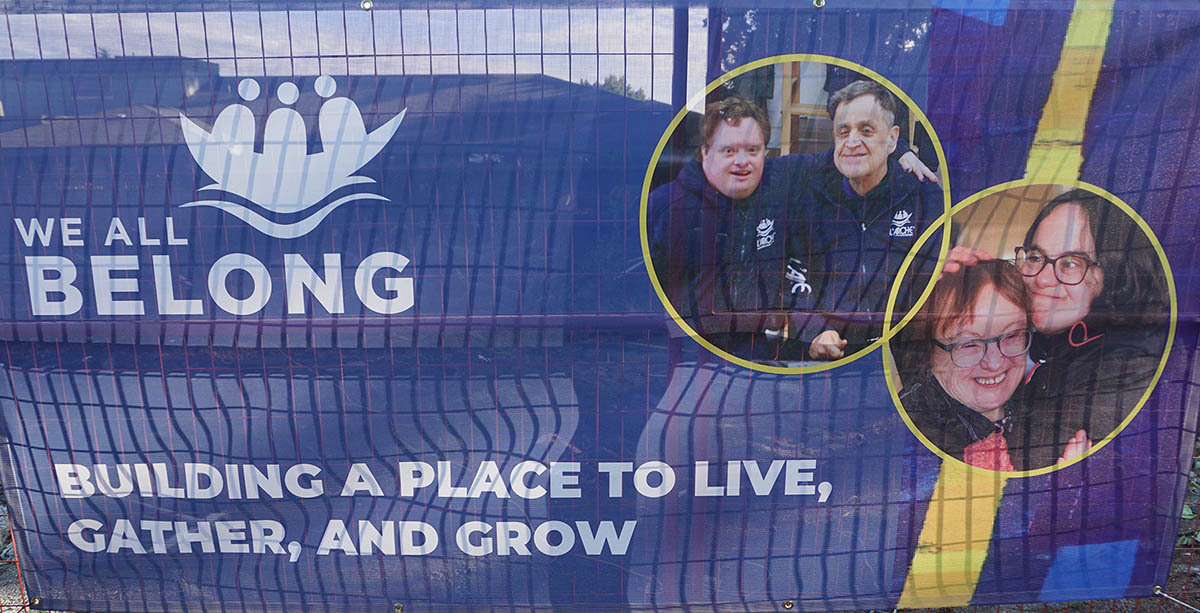 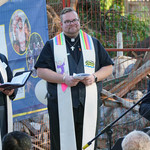 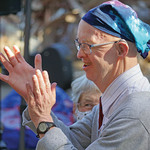 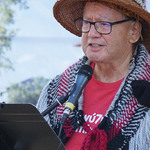 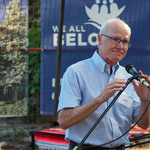 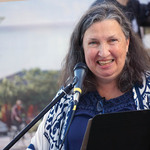 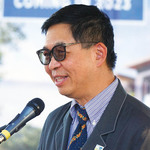 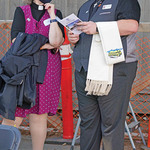 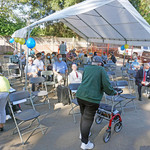 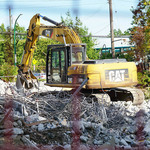 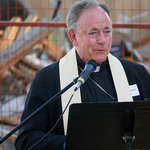 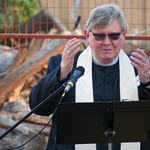 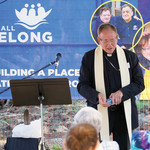 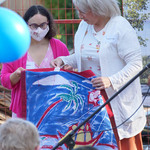 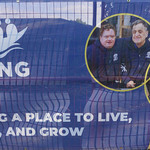 With the official launch of the "We All Belong" capital campaign in April of 2019,  L'Arche Greater Vancouver embarked on the journey to raise over 6 million dollars of the 30 million dollar redevelopment project. Here is a link to the L'Arche Capital Campaign webpages for details about the multi-purpose buildings which will include:

On Thursday, September 9, 2021 there was an Ecumenical Blessing of the building site and the unveiling of the foundation stone led by Honorary Campaign Committee Chair, L'Arche "We All Belong Campaign", Archbishop Michael Miller, CSB of the Roman Catholic Archdiocese of Vancouver; the regional archdeacon of the Anglican Diocese of New Westminster, the Venerable Richard Leggett representing Bishop John Stephens who is a Member of the Honorary Campaign Committee; the Reverend Graham Brownmiller of Jubilee United Church, on behalf of the Pacific Mountain Regional Council.

The event also included a number of speakers giving context to the campaign and specific information about the progress of the campaign leading up to the Blessing of the Land. Included in that group was Denise Haskett the former Executive Director of L'Arche, Greater Vancouver who is a parishioner of St. Margaret's, Cedar Cottage in East Vancouver.  In semi-retirement, Denise is now the Senior Director of the L'Arche Foundation and continues to be a major participant in the campaign which has currently raised 4.36 million of the 6 million dollar goal. Also present at the event was the Anglican Chaplain for L'Arche, Greater Vancouver, Deacon, the Reverend Trudi Shaw.

The sincere and moving speech by Ted Kuntz, Past Board President and Campaign Chair, and the announcement by Lawrence Ho, Senior Fellow, M.J. Murdock Charitable Trust of the Trusts' significant grant towards the project were amongst the highlights of the presentations.

A 15 minute film summary on YouTube of the event is posted on this page.

The "We All Belong" campaign and the ongoing support of L'Arche by the Anglican Diocese of New Westminster was affirmed by Diocesan Synod in 2019 and by Diocesan Council.

The former building on the site was demolished in August, 2021, and the project is scheduled to complete in 2023. For more information please refer to the story on the BC Catholic website linked here. Nearly $650,000 granted to 110 recipients through AFC fall grant awards cycle Bishop's Visit to St. Laurence on the Feast of St. Catherine Link to the November 25 E-News