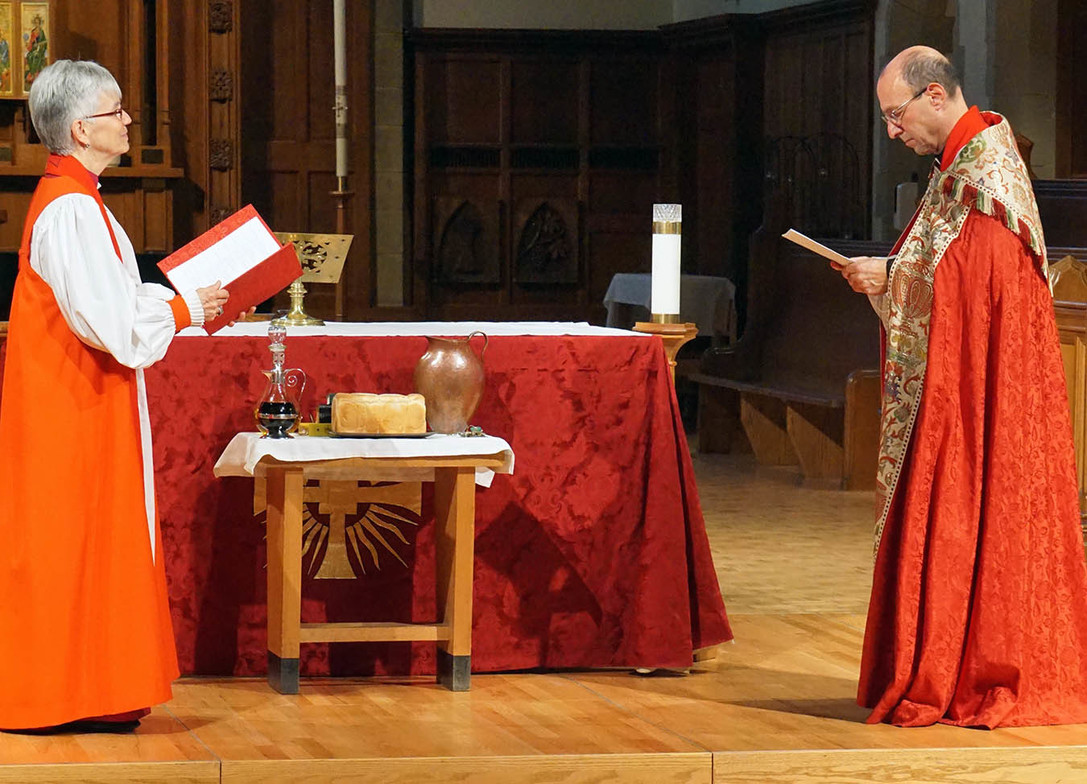 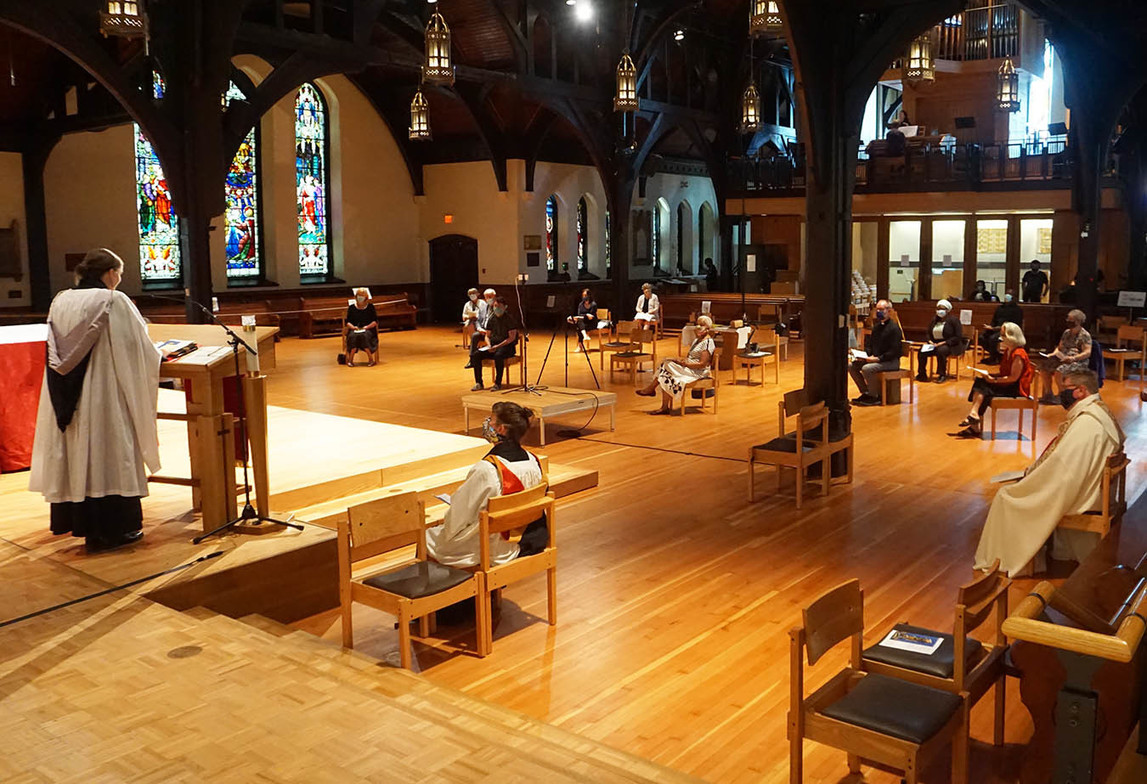 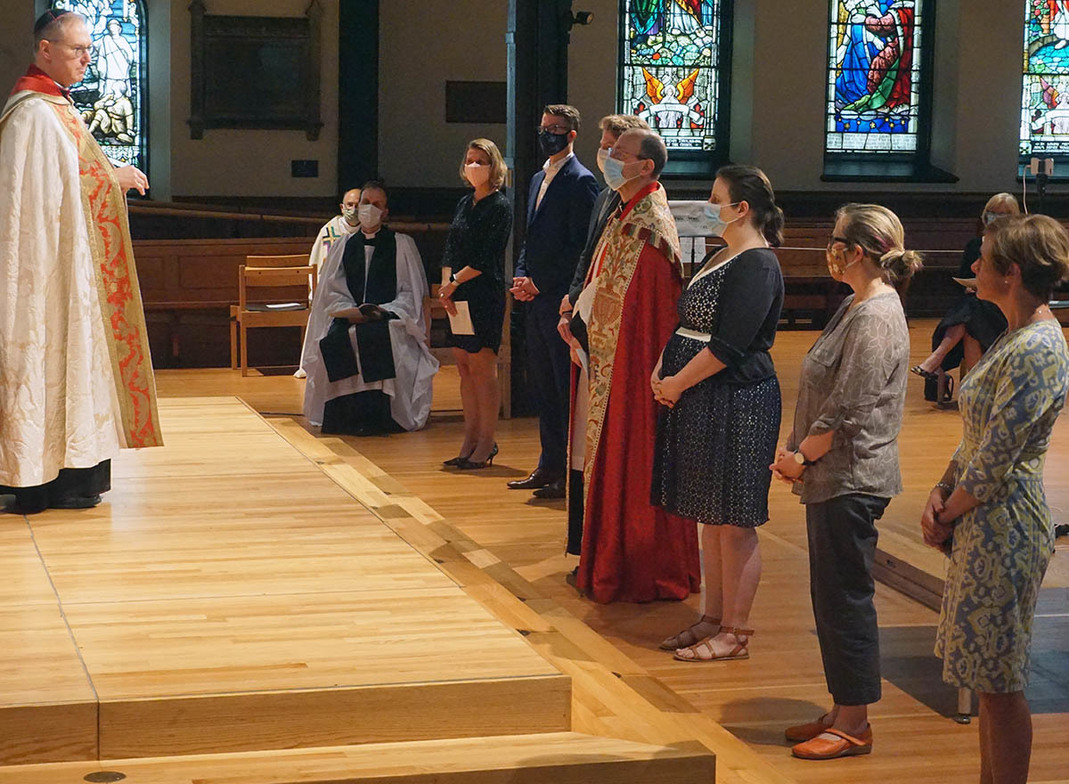 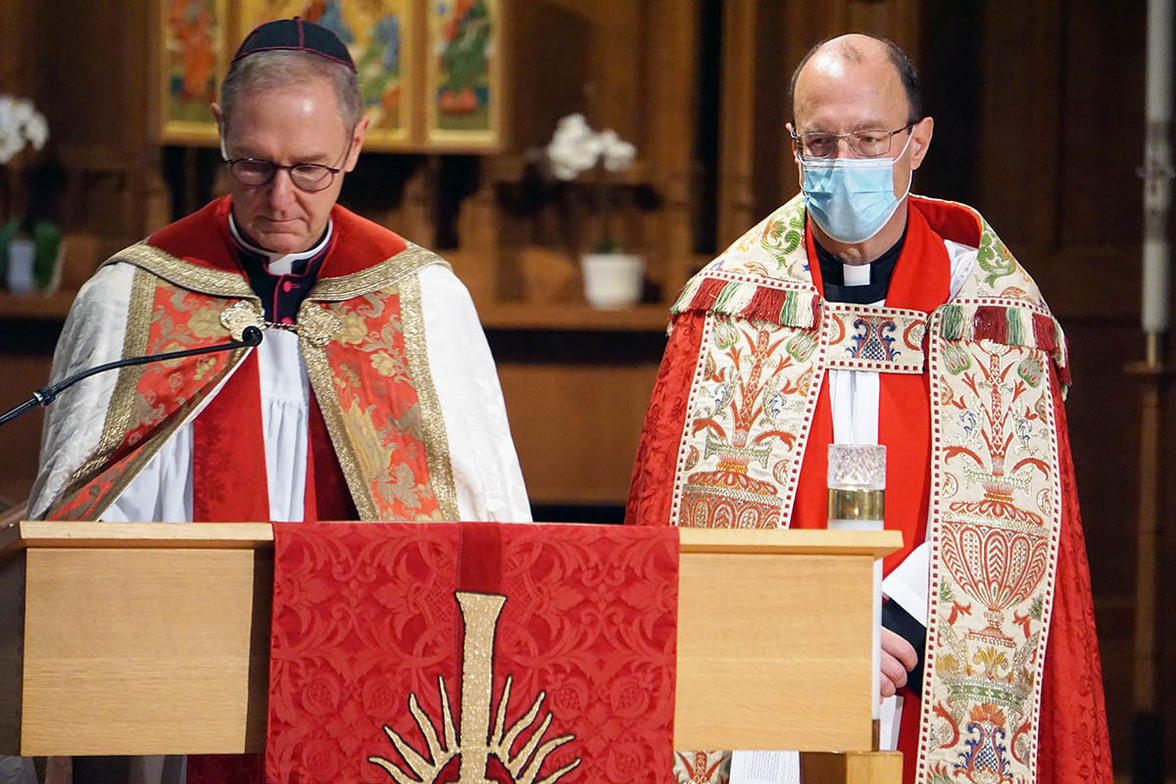 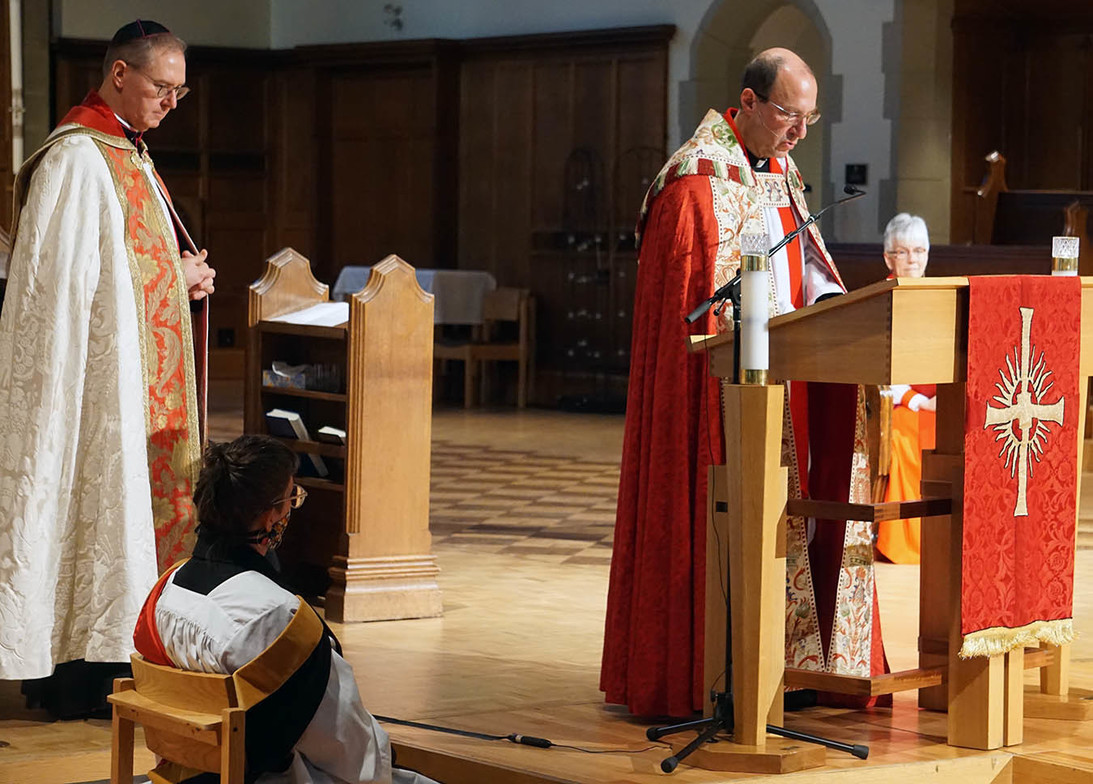 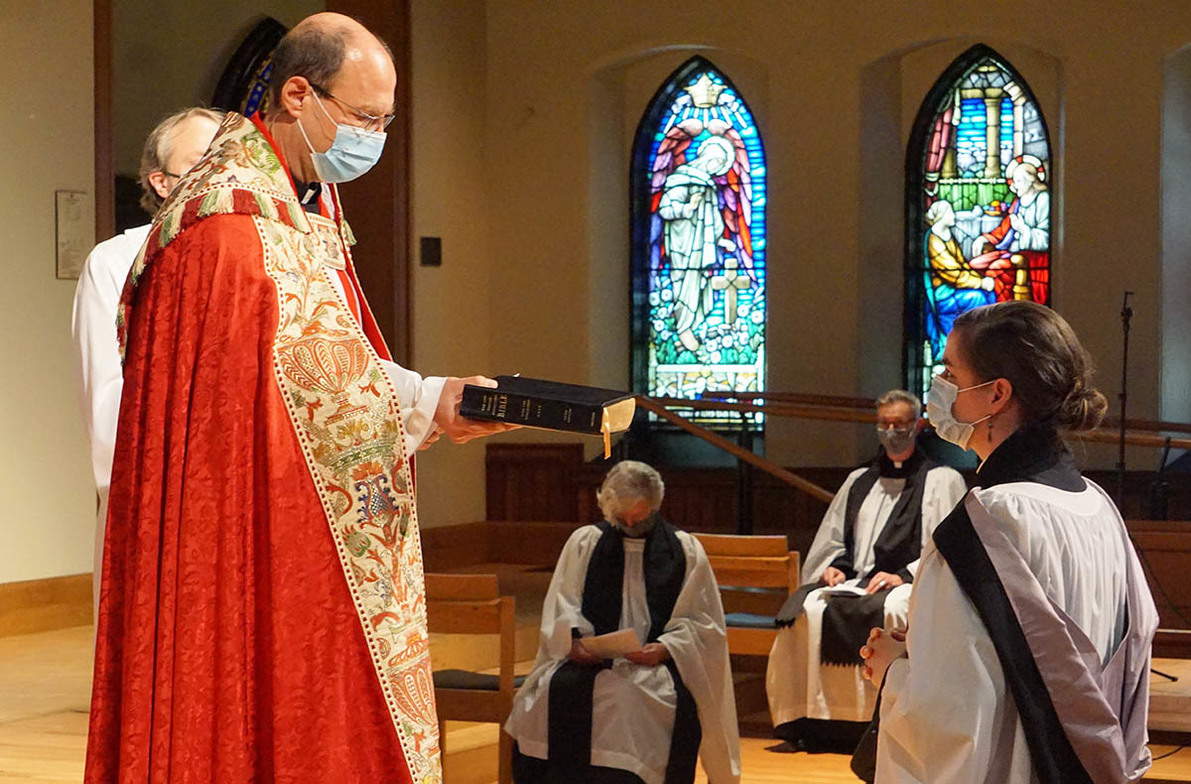 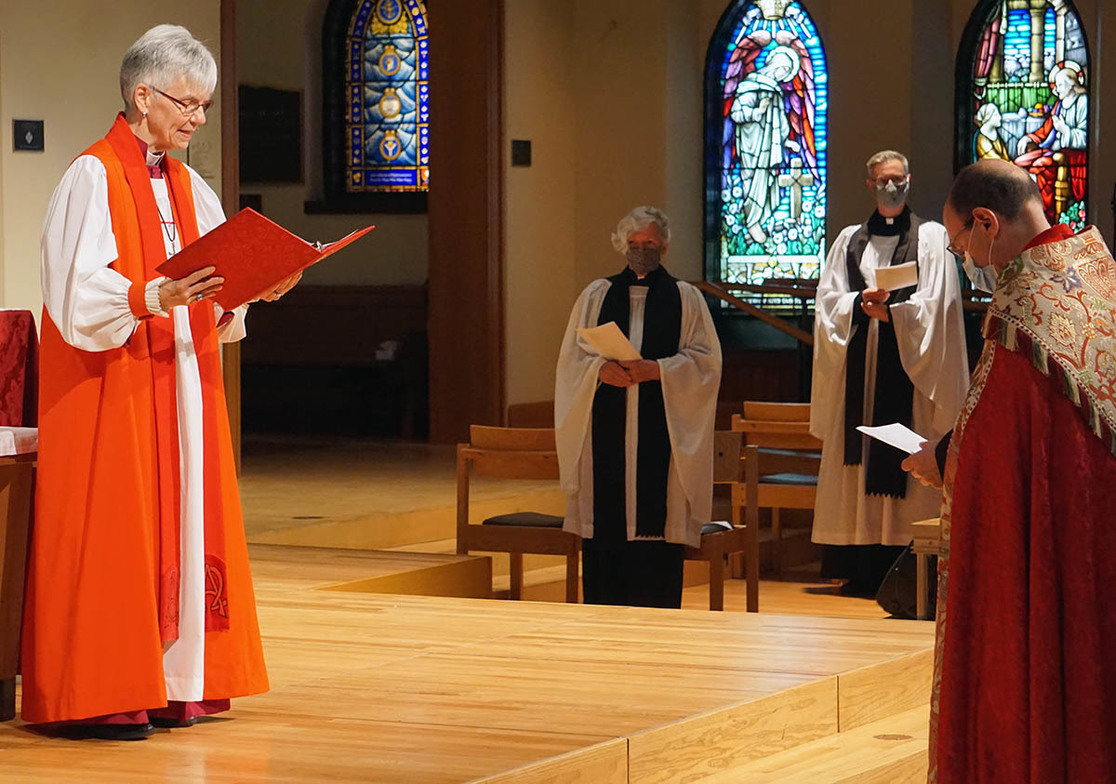 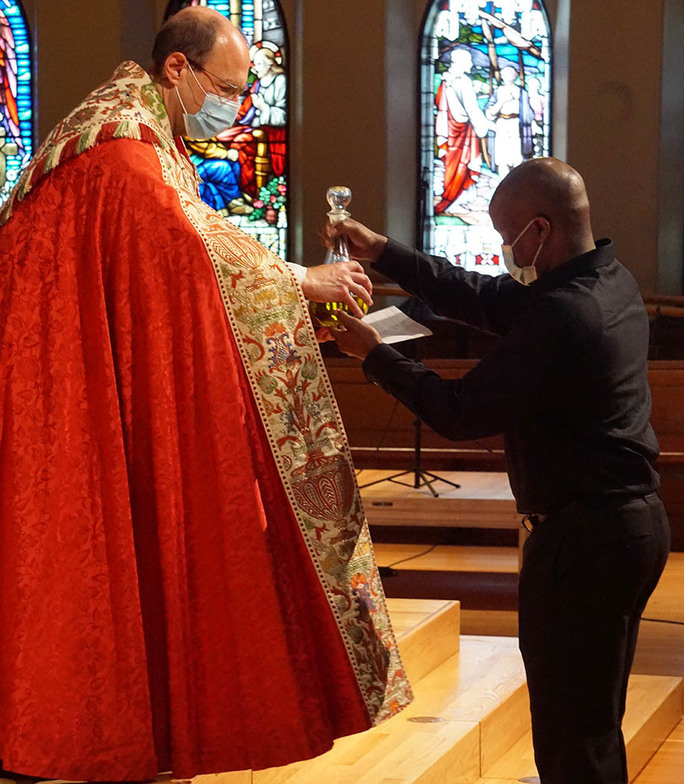 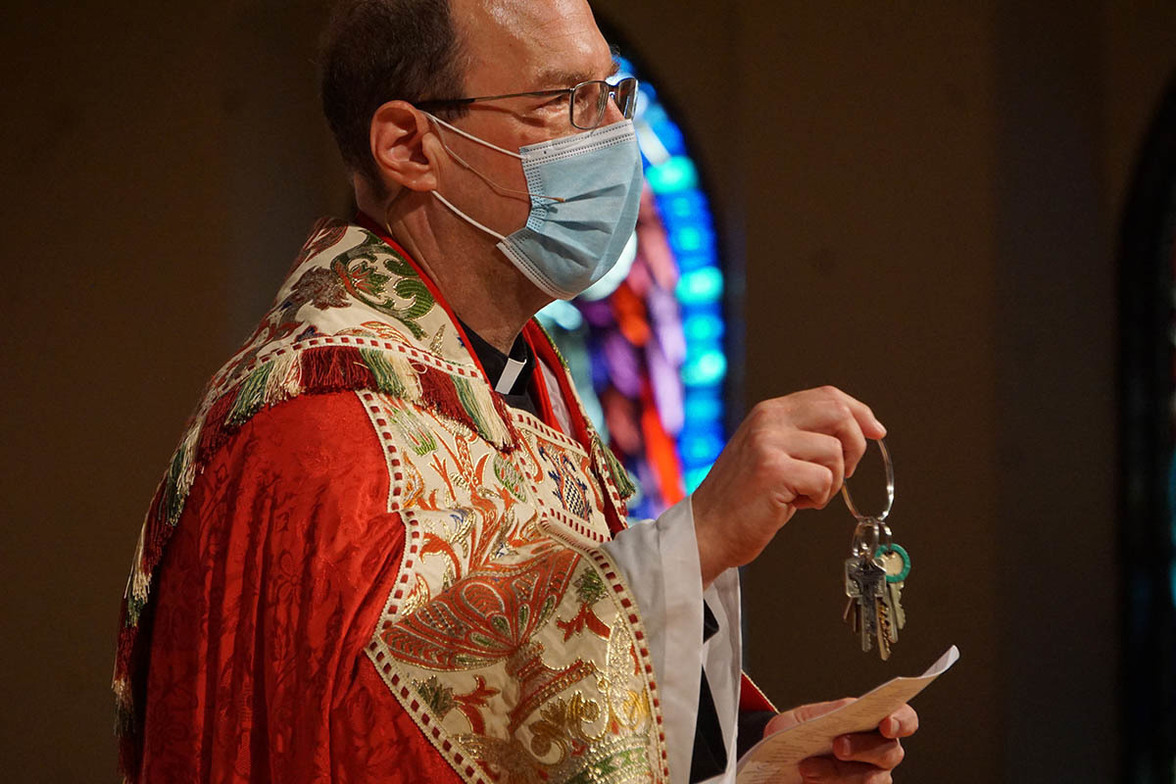 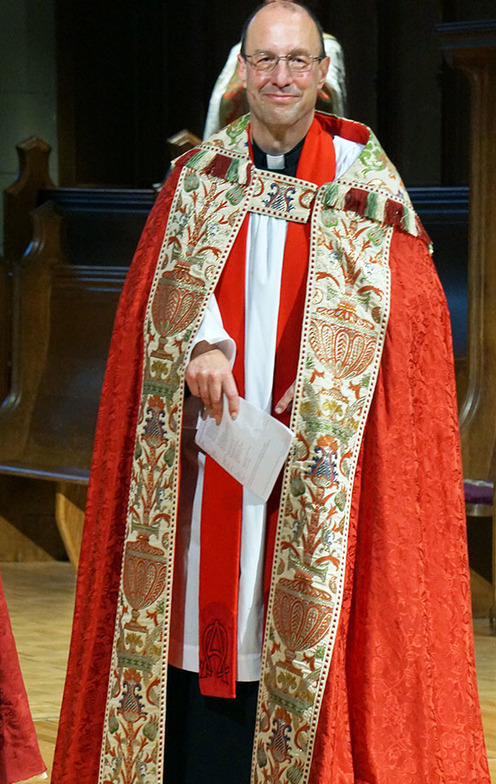 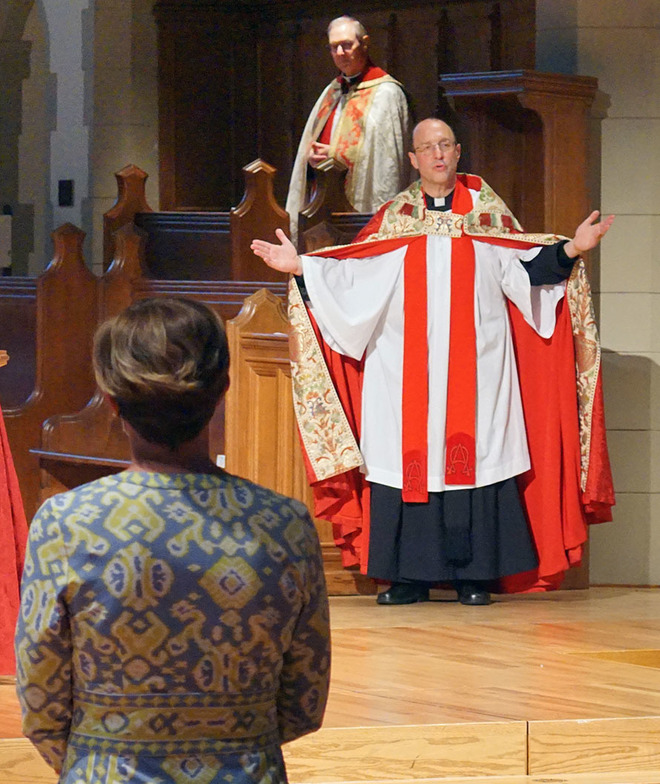 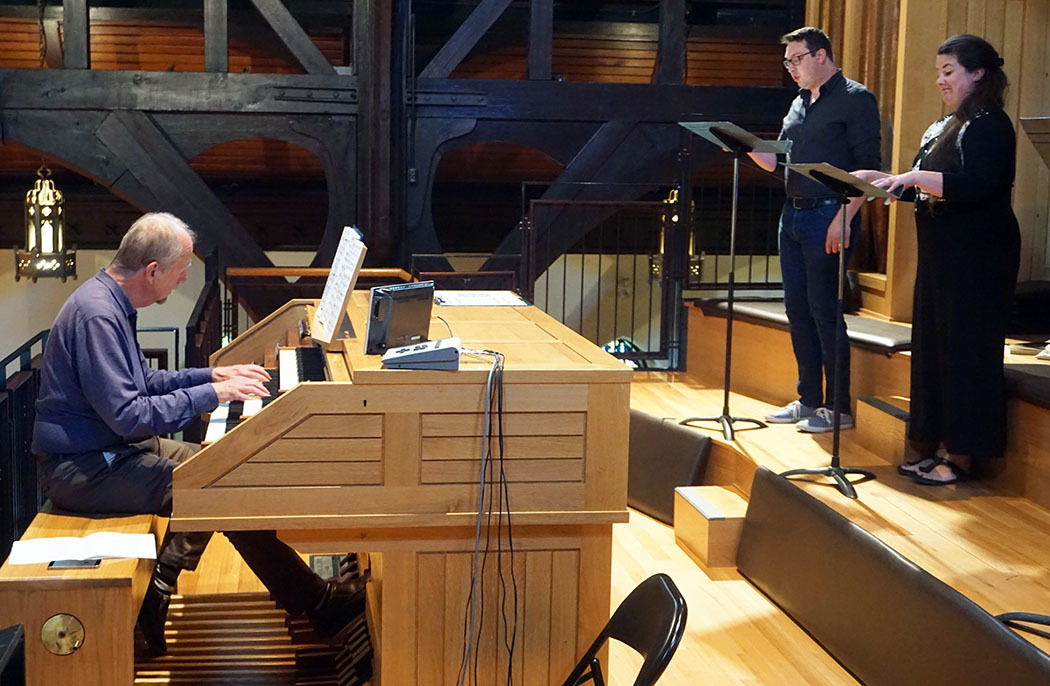 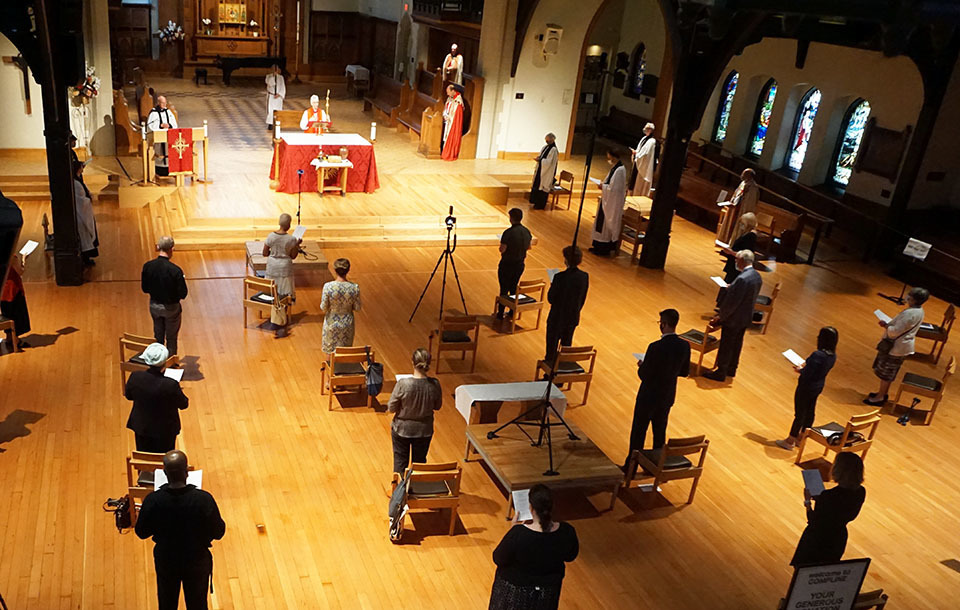 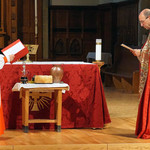 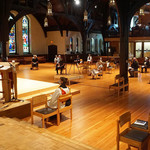 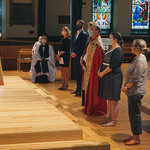 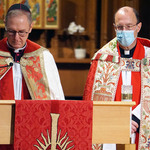 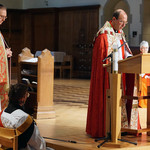 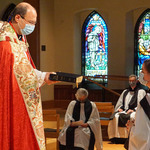 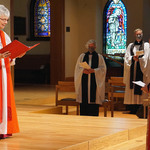 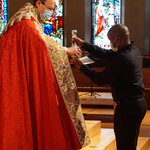 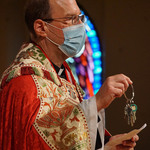 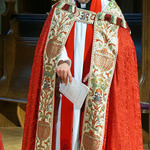 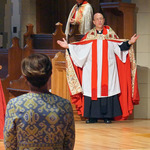 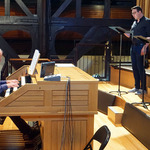 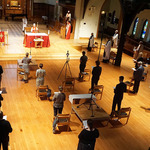 For the first time in almost 26 years a new rector was inducted at the Parish of Christ Church Cathedral. The officiant was the Most Reverend Melissa Skelton, Archbishop of the Anglican Diocese of New Westminster, Metropolitan of the Ecclesiastical Province of BC & Yukon. Archbishop Skelton also preached at the Celebration of a New Ministry on the Feast of St. Peter and St. Paul (transferred) June 28, 2020.

The attendance at the liturgy was limited to a total of 50, all those present adhering to physical distancing protocols throughout the hour long worship. Those present were equally divided between clergy and lay with many of the laity present connected to the canonical process that brought about the appointment of the Reverend Christopher Pappas as the 14th Rector of the Parish of Christ Church, Vancouver, which has since 1929, been the Cathedral Church of the Diocese of New Westminster.

The parishes of the Diocese of New Westminster continue in Phase 2 of the diocesan process regarding in-person worship and as part of Phase 2, the Eucharist/Holy Communion is not celebrated. The Celebration of a New Ministry took place within the context of a standard Eucharist up to the Offertory and then following the Offertory the worship moved to Sending Out of the Disciples and the Dismissal.

There was music, and it was provided by the cathedral's Organist and Director of Music, Rupert Lang with soprano soloist, Lucy Smith and baritone soloist, Jake Gramit. Lucy and Jake are married, therefore while seated in the organ gallery they remained in their "bubble".

The parish officers were present and partipated in the liturgy, they processed in, presented the new rector during the Covenant in Ministry and read the presentations during the Presentation of the Symbols of Ministry. The Symbols were presented by cathedral parishioners and by members of cathedral staff. The bread and wine for Holy Communion was presented by the rector of the neighbouring parish of St. Paul, the Reverend Philip Cochrane.

Cathedral deacon, the Reverend Alisdair Smith was Deacon of the Word and the cathedral's parish administrator, Vincent Carey filled the liturgical assistant roles including leading the processions as crucifer. The cathedral's vicar, the Reverend Helen Dunn welcomed the congregation and presented her new colleague with a Bible during the Presentation of the Symbols of Ministry.

The Archdeacon of Burrard, the Venerable Fr. Kevin Hunt, Rector of St. James', Vancouver was present to welcome his new archdeaconry colleague. Christ Church Parish began as a church plant of St. James' in 1889.

Archbishop Skelton was the preacher. For her text, Her Grace examined the Saints' Day being celebrated at the liturgy and the connections of St. Peter and St. Paul to this historic event in the life of the diocesan cathedral, Christ Church, Vancouver. She also explored the meaning of internship and the Greek word, AKOLOUTHEO - "to follow."

(A video of the sermon with the text is available here on the diocesan website.)

A very fine livestream produced in-house by cathedral staff is available on the Cathedral's YouTube channel, and included here on this post.

On the day of his appointment, March 15, 2020 he supplied the following biographical material to diocesan communications:

In addition to being the Rector of Holy Trinity, Edmonton, Chris was the Diocesan Archdeacon for Congregational Development. He recently completed a Doctor of Ministry in Congregational Studies at Church Divinity School of the Pacific, in Berkeley CA, on the characteristics of leadership in transformational congregations.

Chris received a B.S. in Biology from Trinity College in Hartford, CT, and a Ph.D. In Biomedical Science: Neuroscience from UConn.  His area of research was glial physiology, with a focus on astrocyte ion regulation.  He received a M.Div. from Yale Divinity School & a Certificate in Anglican Studies from Berkeley Divinity School at Yale.   He also received a D.Min from Church divinity School of the Pacific with a dissertation topic on Leadership in Transformational Parishes.

He was ordained a deacon in the Episcopal Diocese of Eau Claire and priest in the Anglican Diocese of Edmonton. Chris has previously served as a regional dean, a member of executive council and as a territorial archdeacon. He has also been involved in church growth and has served on various community and church committees, including Executive Council, co-chair of the National Worship Conference, and the Vital Healthy Parishes initiative, and the Alberta Government Working Group on the Banning of Conversion Therapy.

Chris has also served in the Episcopal Diocese of Rhode Island where he was a member of the Diocesan Congregational Development Commission and as a seminarian in CT.  After growing up in the Greek Orthodox Church, he brings with a deep love and reverence for the mystery of our faith, and enjoys the rich liturgy and symbolism of the Anglican Church.   Chris is a strong proponent of ecumenism, and interfaith activities; serves the soldiers of the South Albert Light Horse at the regimental church, is active in community organizing and in the Church’s mission in the world.

He is an avid reader of Science Fiction/ Fantasy as well as enjoying history and current events.  Although retired from rugby and riding a motorcycle, he still enjoys yoga, cardio and weight training, bike riding, squash, snow shoeing as well as other physical activities.  Chris is a big fan of Monty Python, the New York Yankees, the Boston Celtics, and the University of Connecticut Huskies basketball teams and a soccer fan.  He is also a big fan of theatre and the arts and has acted in a number of Fringe Production at Holy Trinity and has been host of the monthly Open Stage. He is active in promoting the Arts, supporting artists and providing good, life affirming art for the community.

Rev. Pappas was profiled in Anne Fletcher's article in the June issue of Topic. The article is linked here for those of you who like to learn more about the new rector.

Many more photos with captions available in a photo album at Anglican Conversation, the Facebook page of the Diocese of New Westminster