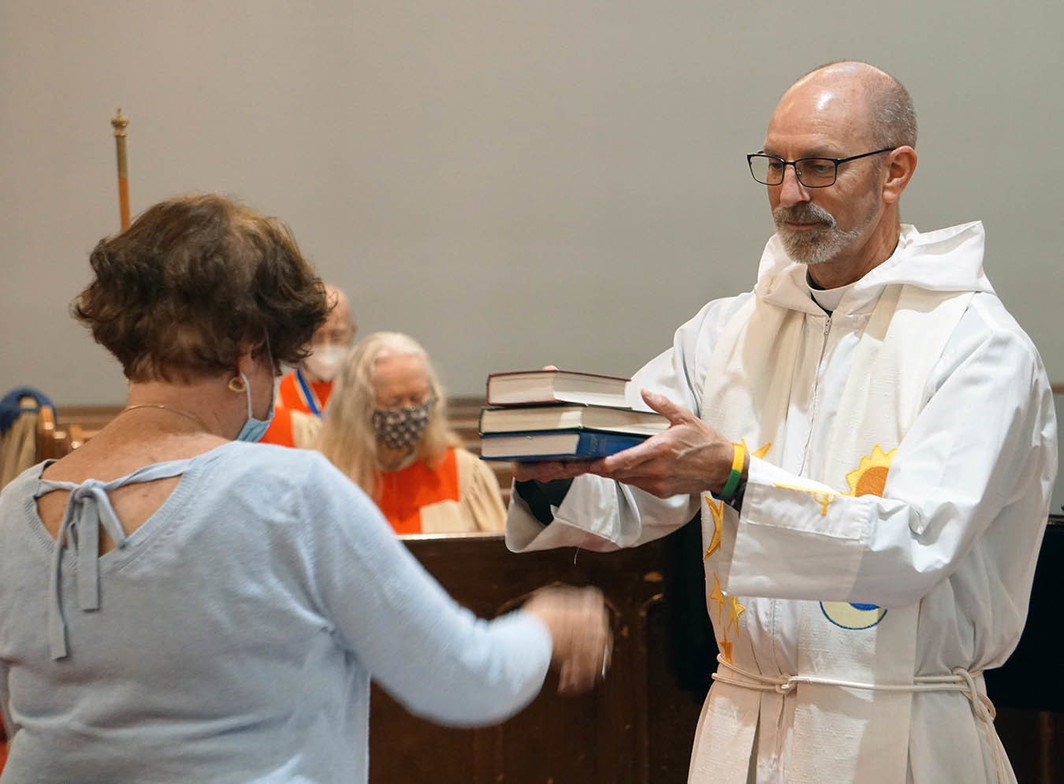 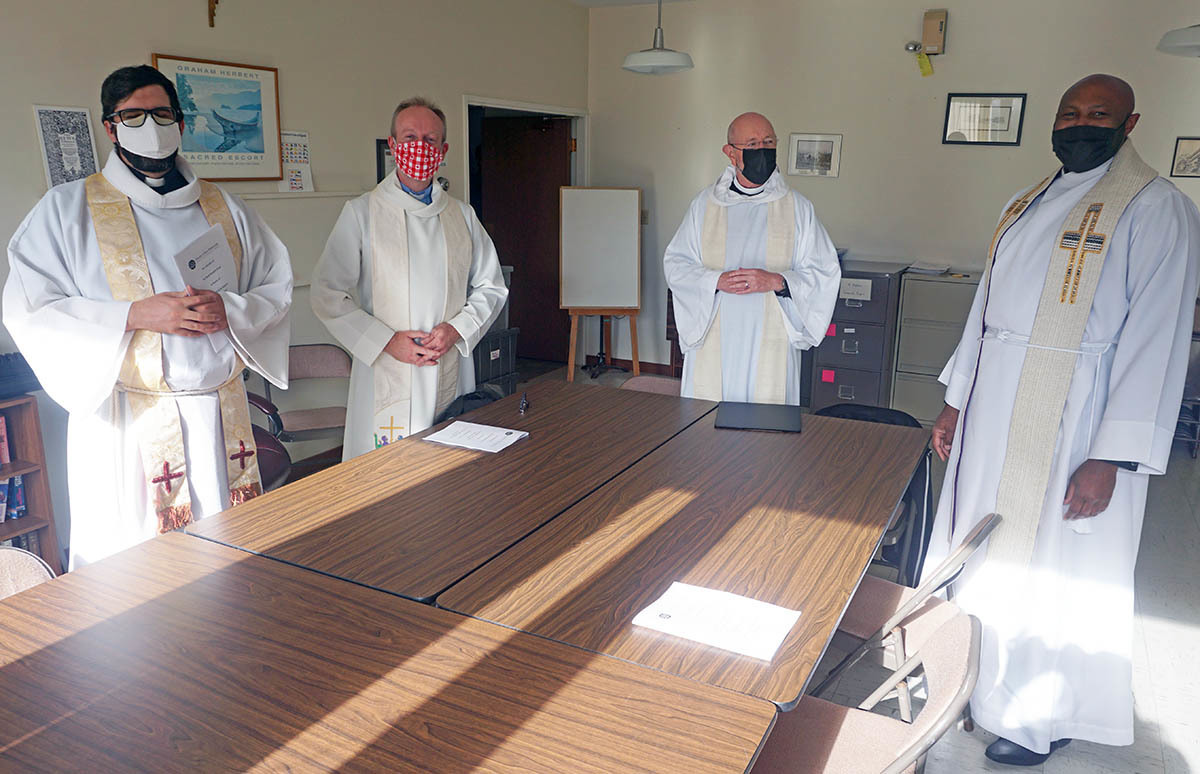 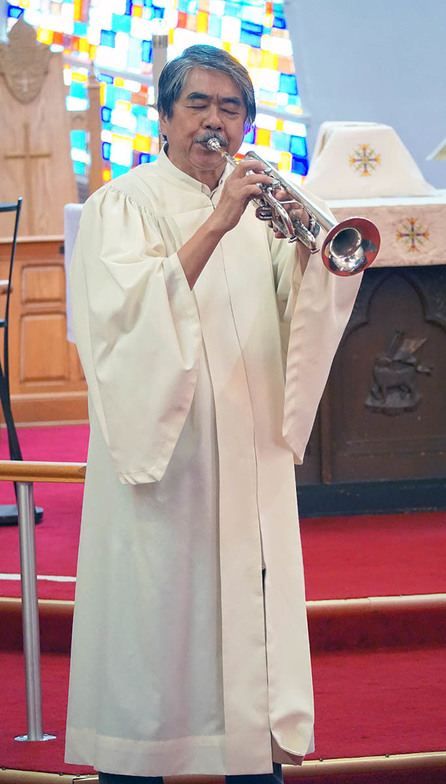 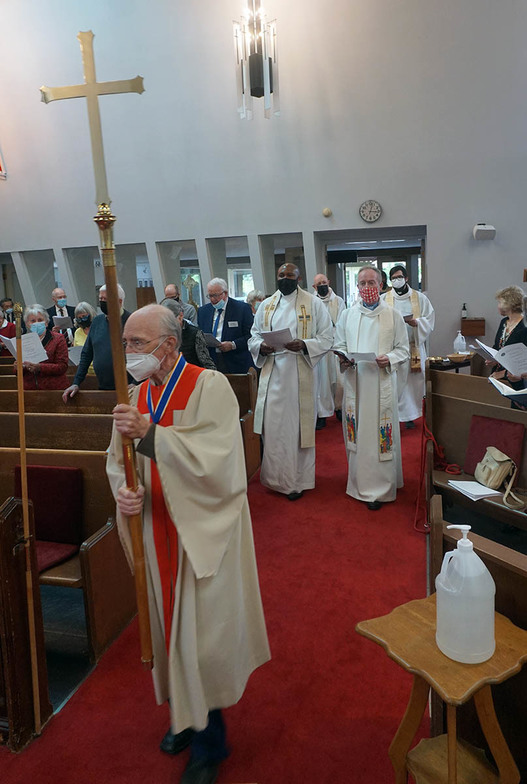 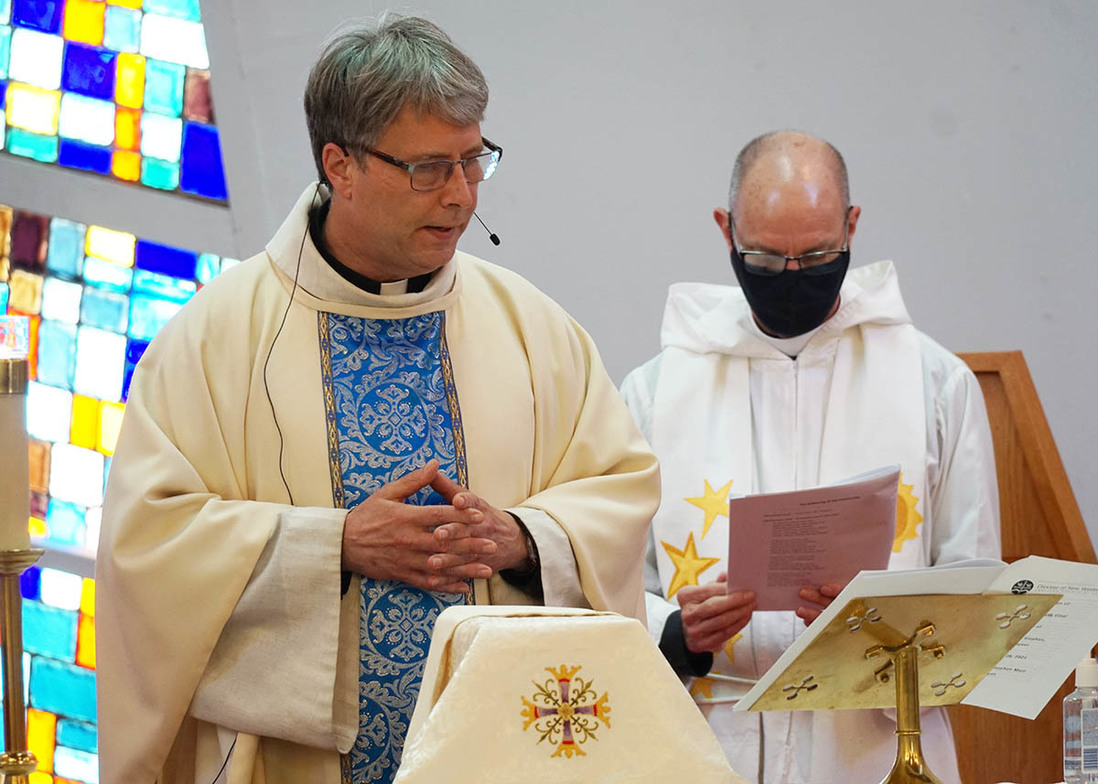 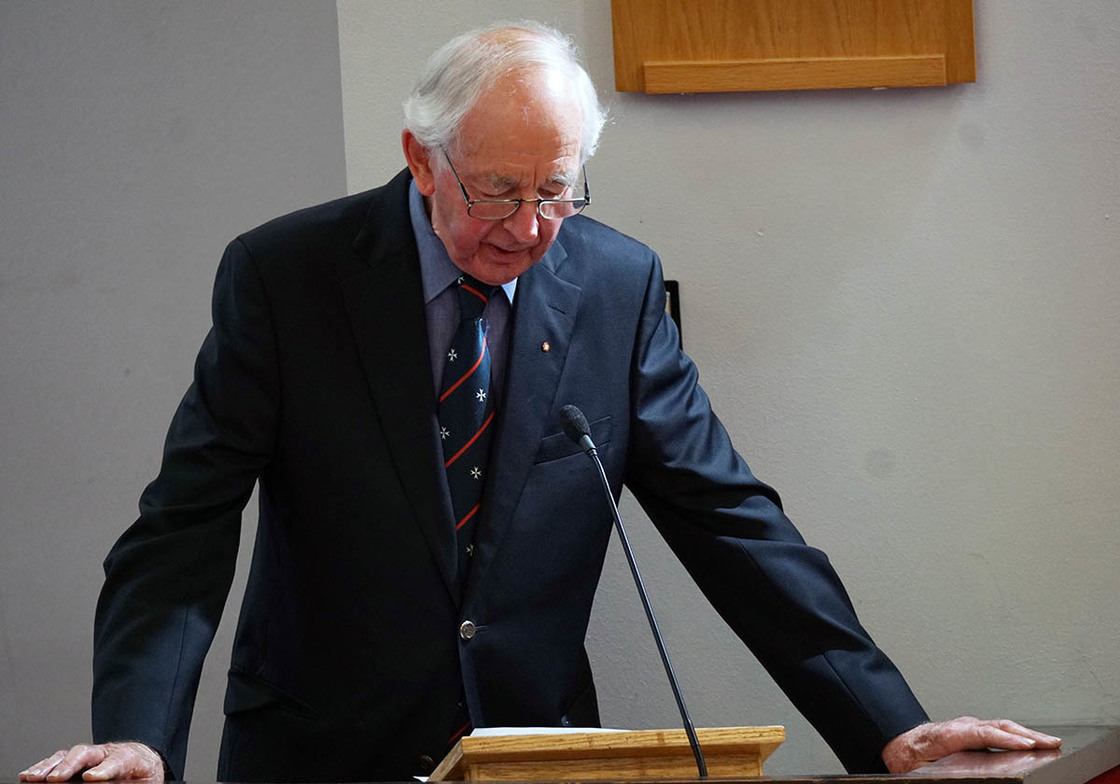 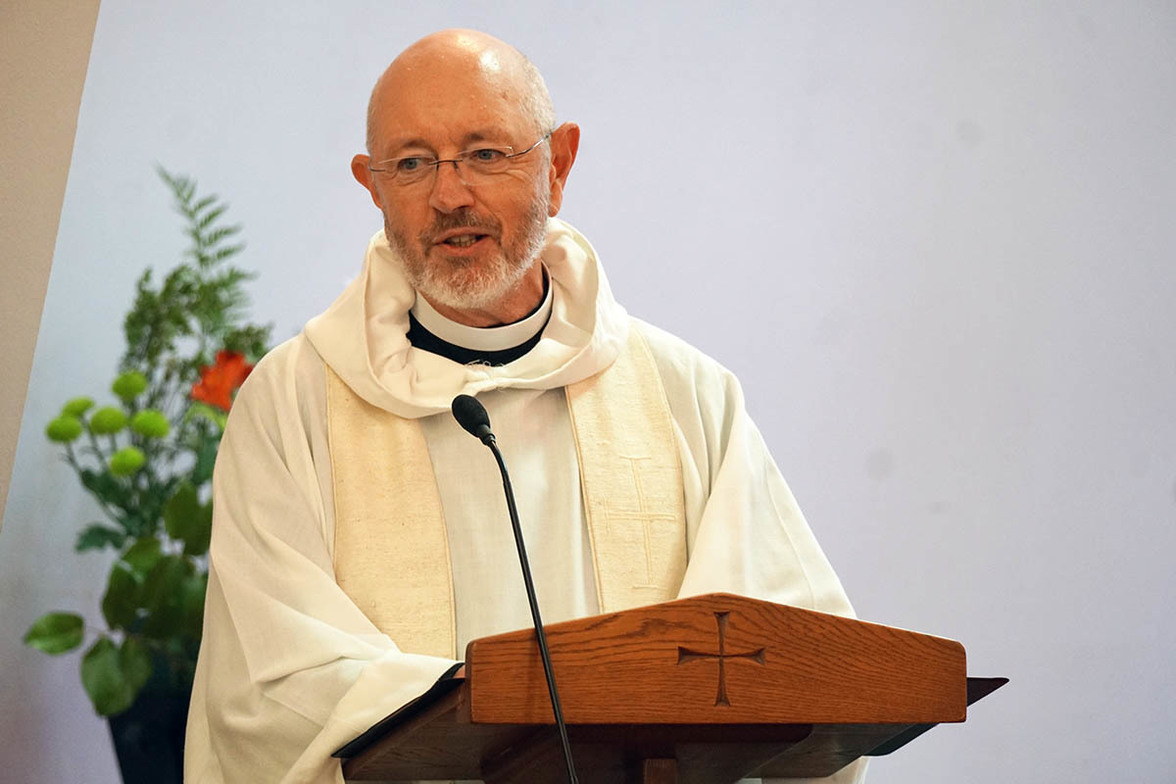 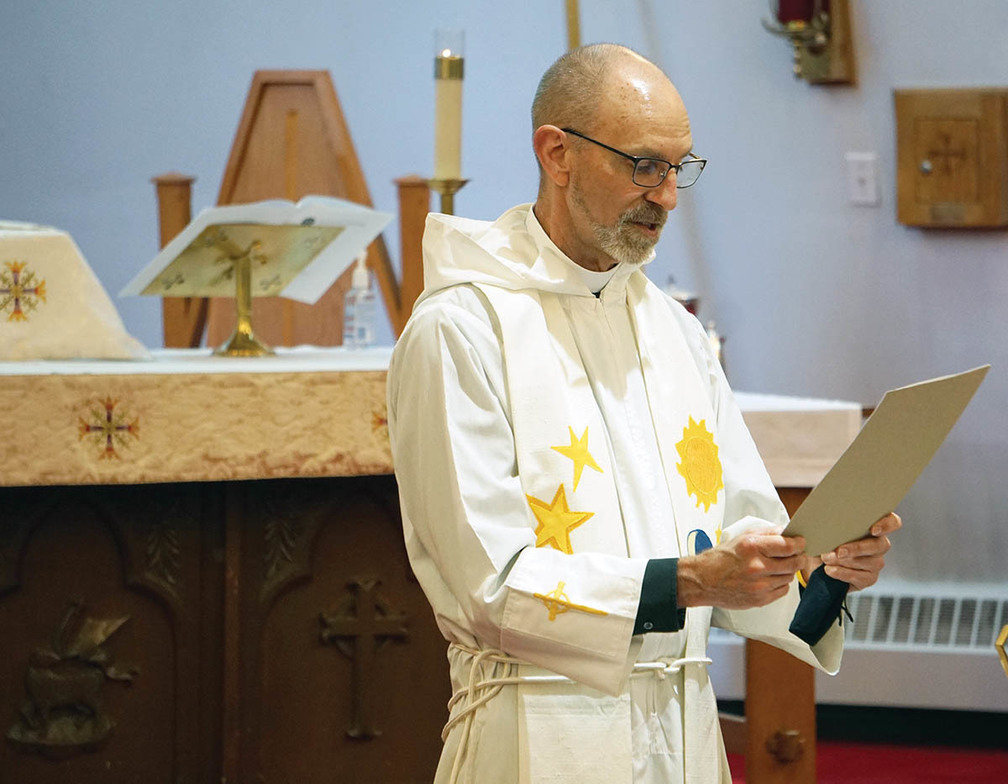 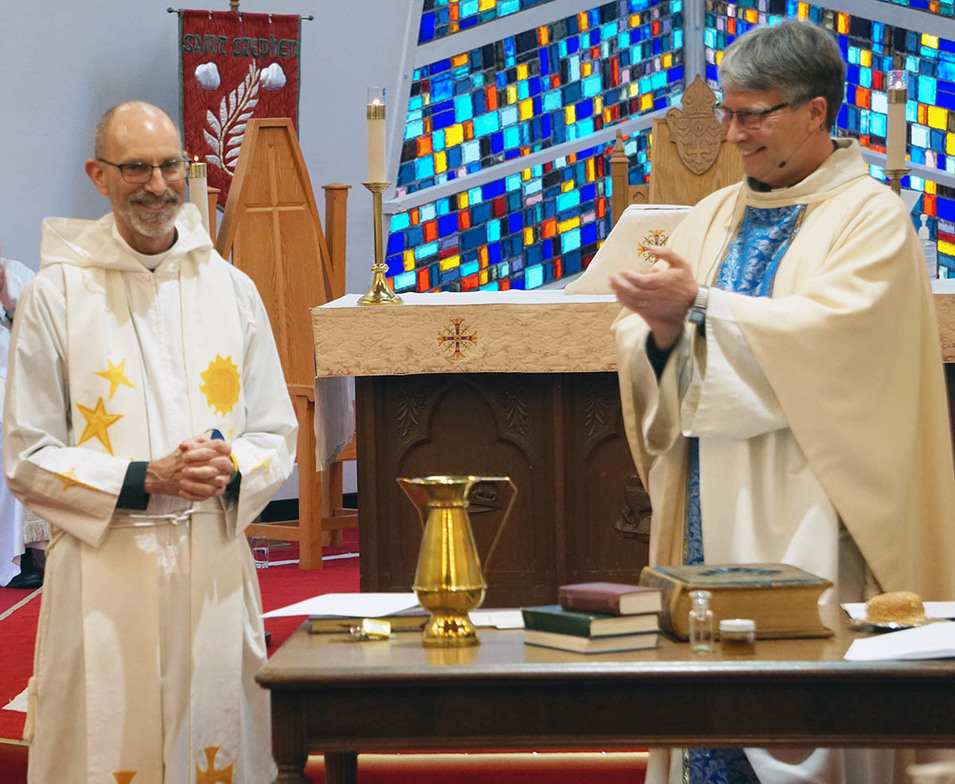 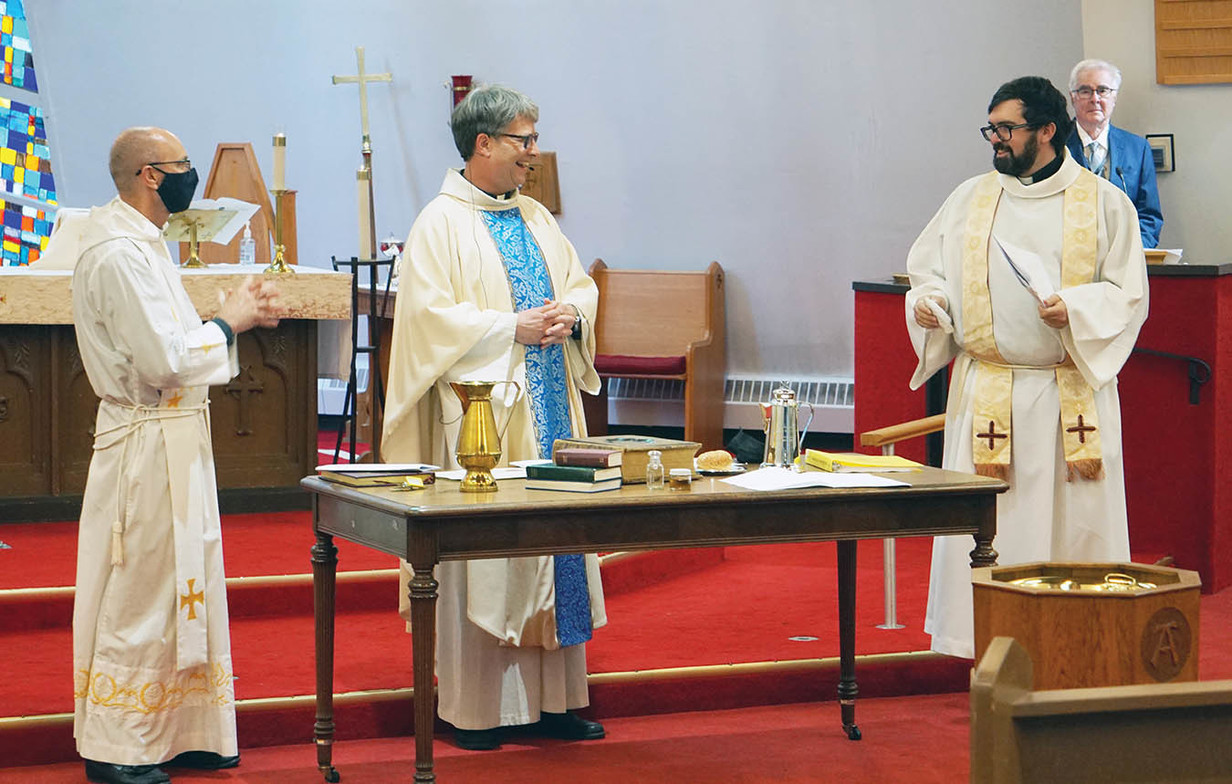 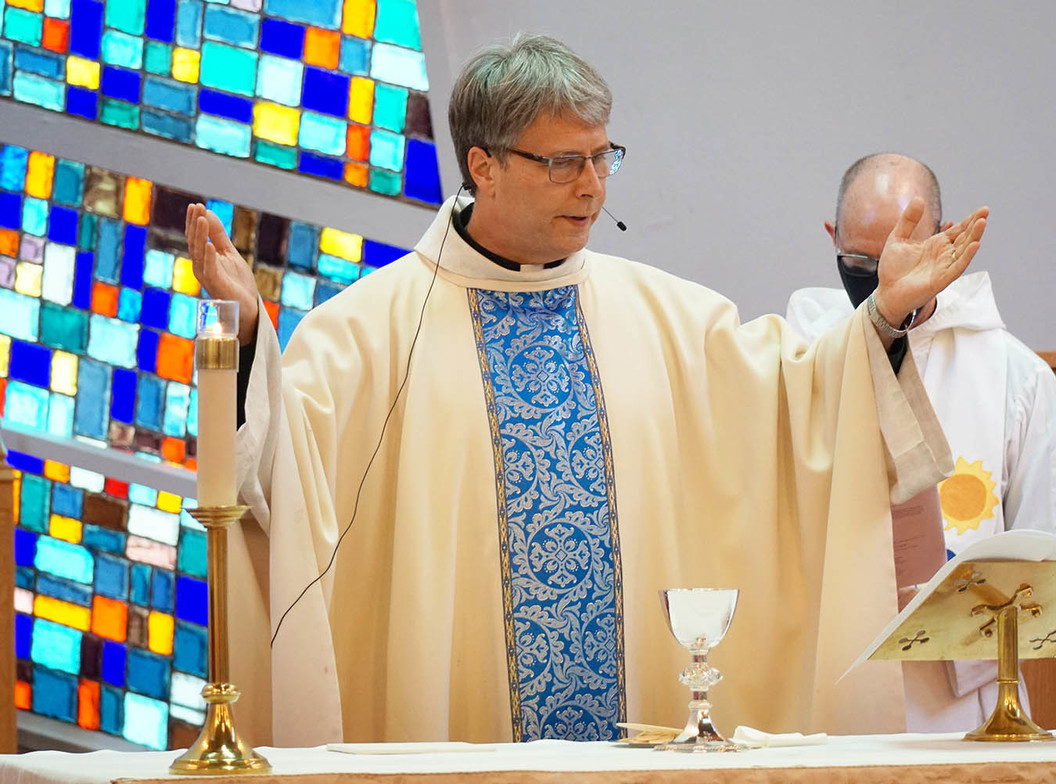 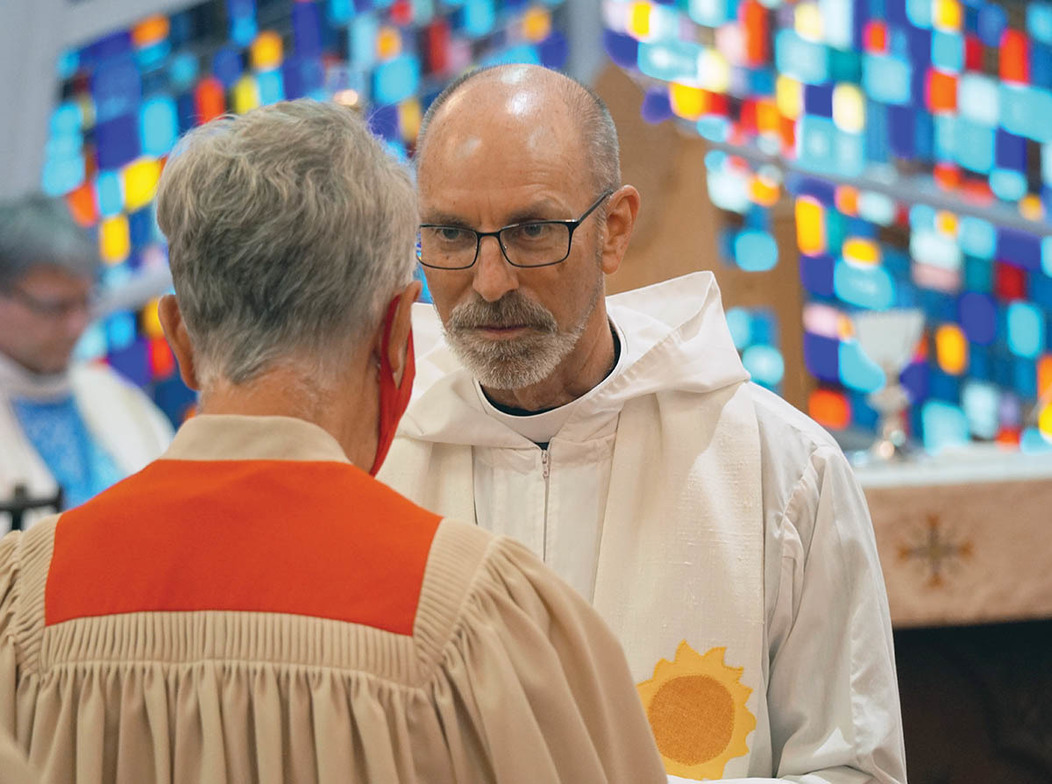 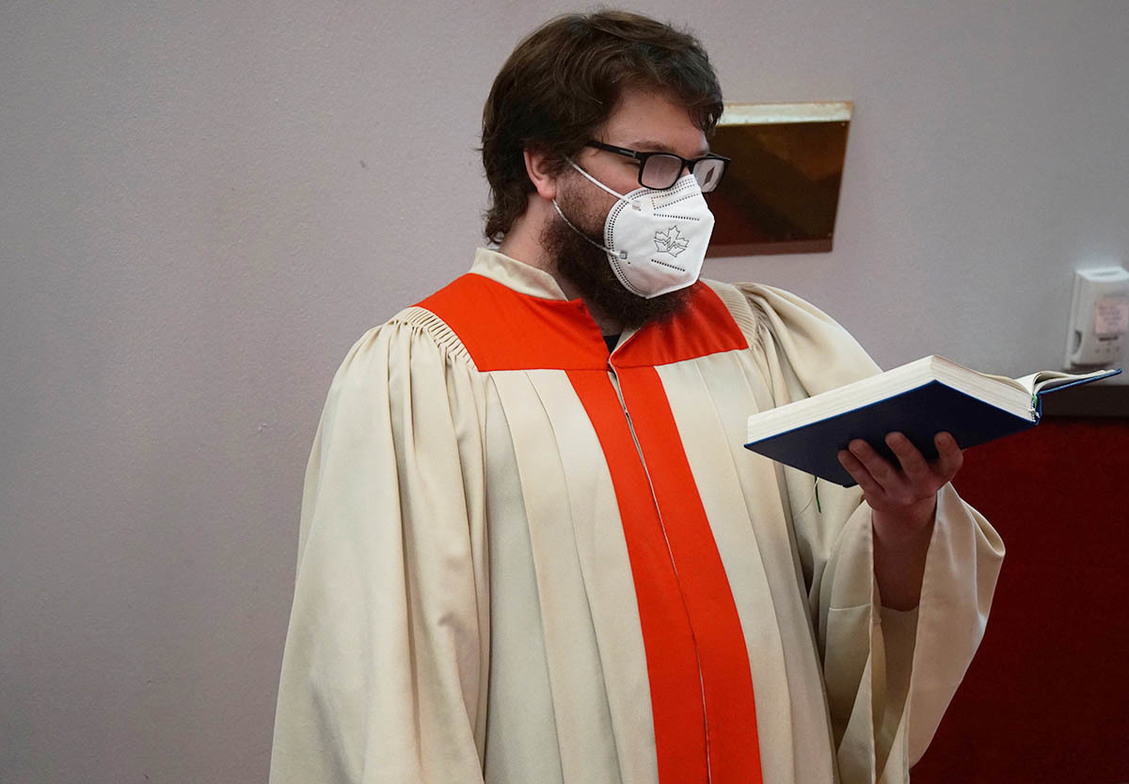 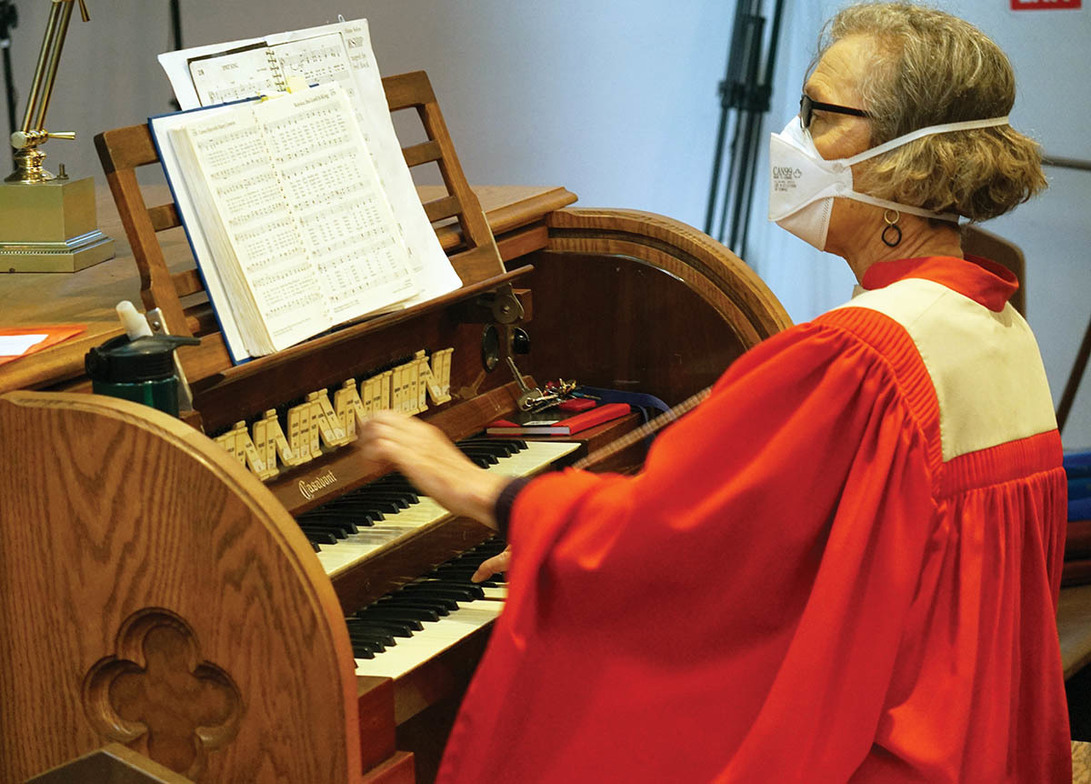 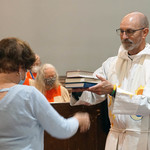 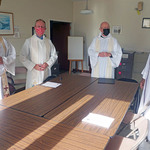 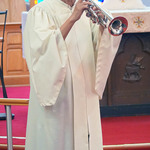 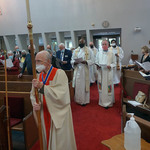 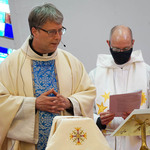 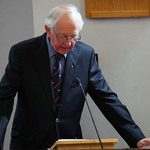 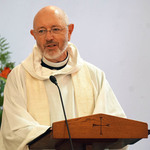 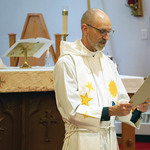 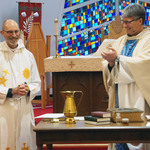 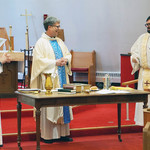 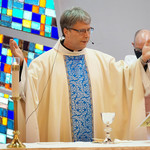 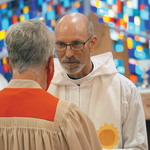 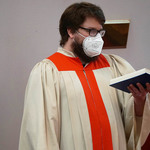 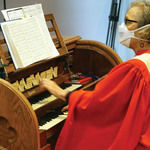 On Tuesday, September 28, 2021 at 4pm there was a Celebration of New Ministry at St. Stephen’s, West Vancouver. The Reverend Ken Vinal was inducted rector of the first Anglican parish in the City of West Vancouver.

The Rev. Vinal had been living in the Whistler area and had decided that he would like to get back to parish ministry. Bishop John Stephens and Archdeacon Douglas Fenton were happy to oblige as the West Vancouver parish had requested that the bishop make a direct appointment bypassing the process of striking a canonical committee.

The parish’s previous rector, the Reverend Canon Jonathan LLoyd was inducted in the fall of 2016. He completed his ministry in the spring of 2021, celebrating his final Eucharist as rector of the parish on Sunday, April 25, Easter IV with Bishop Stephens as preacher. Canon LLoyd retired from parish ministry and returned to his home in England where he rejoined his wife, Sue and met his first grandchild.

Bishop Stephens was unavailable for this Celebration of New Ministry, but his role was ably filled by the regional archdeacon, the Venerable Stephen Muir, Rector of nearby St. Agnes’ in the North Vancouver Regional Deanery. The preacher for the Eucharist was the retired Dean of the Diocese of New Westminster and retired Rector of Christ Church Cathedral, the Very Reverend Peter Elliott who took the Feast Day of St. Michael and All Angels for his sermon text. The sermon is below here on this news post.

The liturgy took place at 4pm which was a more convenient time for the members of the parish and worked very well. Director of Music, Annabelle Paetsch and the St. Stephen’s Choir were assisted in the liturgy by Tak Maeda (now a music in worship leader at St. Agnes’) on trumpet and Archdeacon Muir’s son Adam, who is a very fine baritone.

Members of the parish participated in the readings and in the Covenant in Ministry and there were three vested clergy present who were not in the sanctuary party; the Reverend Philip Cochrane, Rector of St. Paul’s in the West End; the Reverend Tellison Glover, Director of Mission and Ministry for the Diocese of New Westminster and the Reverend Cameron Gutjahr, Rector of St. John, Squamish and Regional Dean of Sea to Sky Deanery. Following the Covenant in Ministry and the welcome of the new rector with applause, the Rev. Gutjahr welcomed the Rev. Vinal to the Sea to Sky Deanery although the two priests had recently become acquainted as Cameron has been building an Anglican ministry in the Whistler area, St. Bernard’s.

Ken holds a Bachelor of Science in accounting from the University of Florida, and a Master of Divinity from the University of the South (Sewanee). He was ordained a deacon and Priest in the Diocese of Florida, Episcopal Church. He served as assistant rector at Good Shepherd, Lexington, Kentucky; as assistant rector at Holy Trinity, Melbourne, Florida; as rector of St. Johns, Kissimmee, Florida; and as Chaplain of Trinity Preparatory School, Winter Park, Florida. Ken also served as an associate priest to St Matthews, Orlando. In addition to his chaplain ministry, Ken oversaw the school’s building of 17 Habitat for Humanity houses. He also coached a boy’s cross-country team to seven state championships, and two small-school national championships.

Please keep Reverend Ken Vinal and the Parish of St. Stephen’s in your prayers as they move forward in this next phase of ministry.