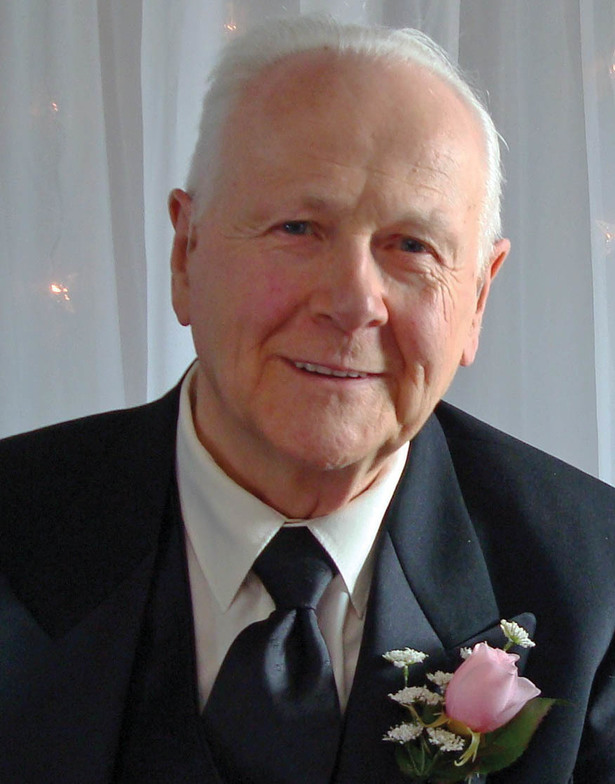 Don Stebbing’s early years in the Anglican Church were spent at St George’s Anglican Parish, North Kamloops, where his attendance record was 100%.

It was in the same town that he met Betty, his wife of 71 years, whom he married at the United Church (Betty’s church) in April 1950.

Don worked for CN Rail, first in Kamloops, but later moved to Vancouver following a chance conversation. He and Betty and their family (four children) were a central part of St Thomas, Anglican Church from 1957 until 1992.

Don took on many responsibilities there, chef to the Men’s Group, Treasurer, and part of the Administration and Finance Group. He was also Rector’s Warden, People’s Warden, a member of the Canonical Committee, and the Maintenance Committee.

Don also served as President of the Vancouver Transportation Club which held its monthly meeting and dinner at the Stanley Park Pavilion.

Betty became seriously ill in 1967, and was given just two years to live. Don was her rock (“as Christ to her”, said Betty) during the illness and treatment of her life-threatening illness.

In moving to Surrey, Don and Betty began to attend the Church of the Epiphany.  Don was very active as treasurer, and as a member of the Bible Study group, as well as the Pastoral Care group.  He was also a lector, and led intercessions for worship services, and did many handyman / maintenance jobs through the years.  Don was presented with the Order of the Diocese of New Westminster, November 6, 2011,  for his many years of service.

Here is the Citation:

Don has been an active member of two parishes in his long service to the Anglican Church. At St. Thomas, Vancouver and then Church of the Epiphany he has held a variety of leadership positions. Don has also been active in diocesan ministry in a variety of ways, in particular working with St. Jude’s Home and the Hospice Program Unit.

He continued as a member of the Church of the Epiphany until his death on October 2, 2021, at the age of 92.

Don always said that he had been very blessed in life, and always thanked God for His blessings.

An online Celebration of Life will be held at 2pm, on Saturday, November 6, 2021. For details, please contact: epiphanysurrey@gmail.com

Donations in Don’s memory may be made to the Heart and Stroke Foundation or ALS.

Link to the May 26, 2022 E-News PWRDF: Outpouring from donors for Ukraine Greetings to Jewish Neighbours on Shavuot