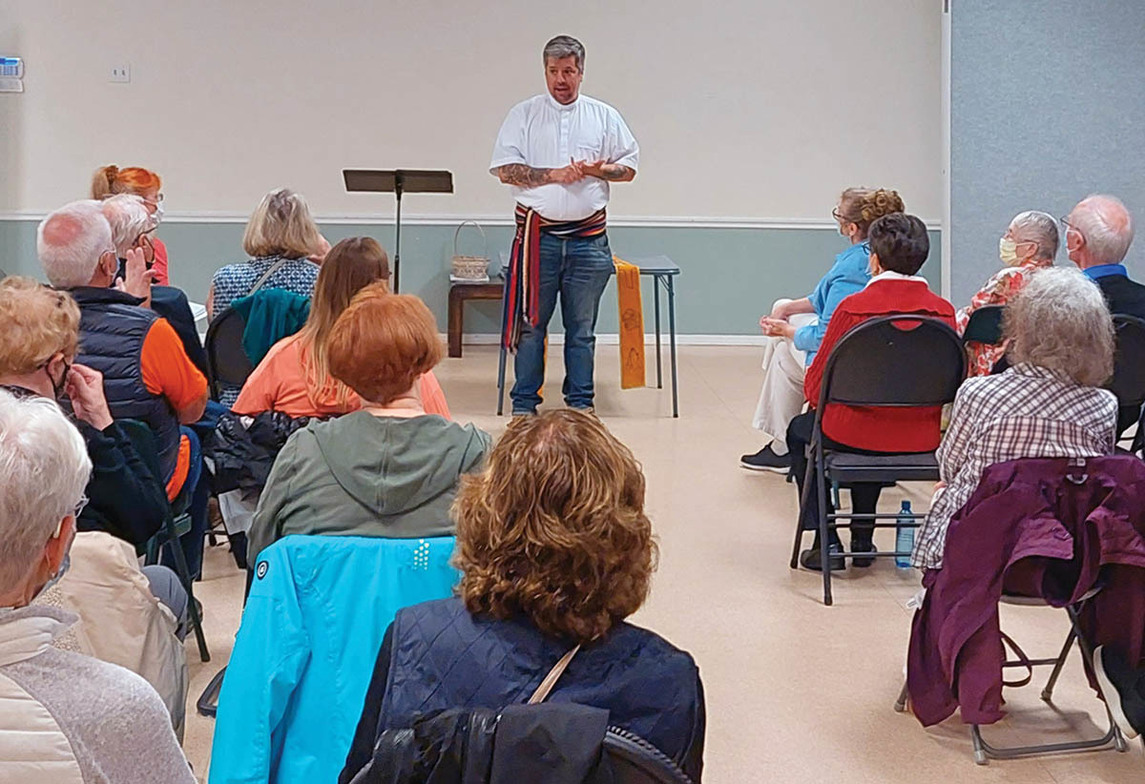 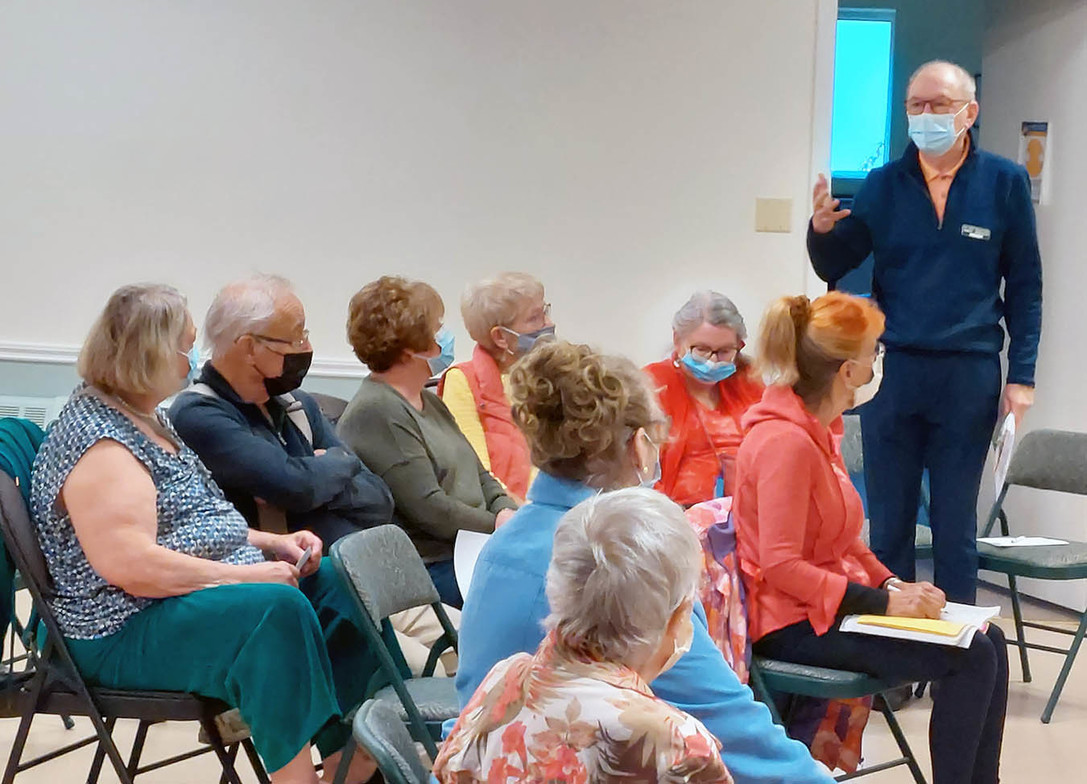 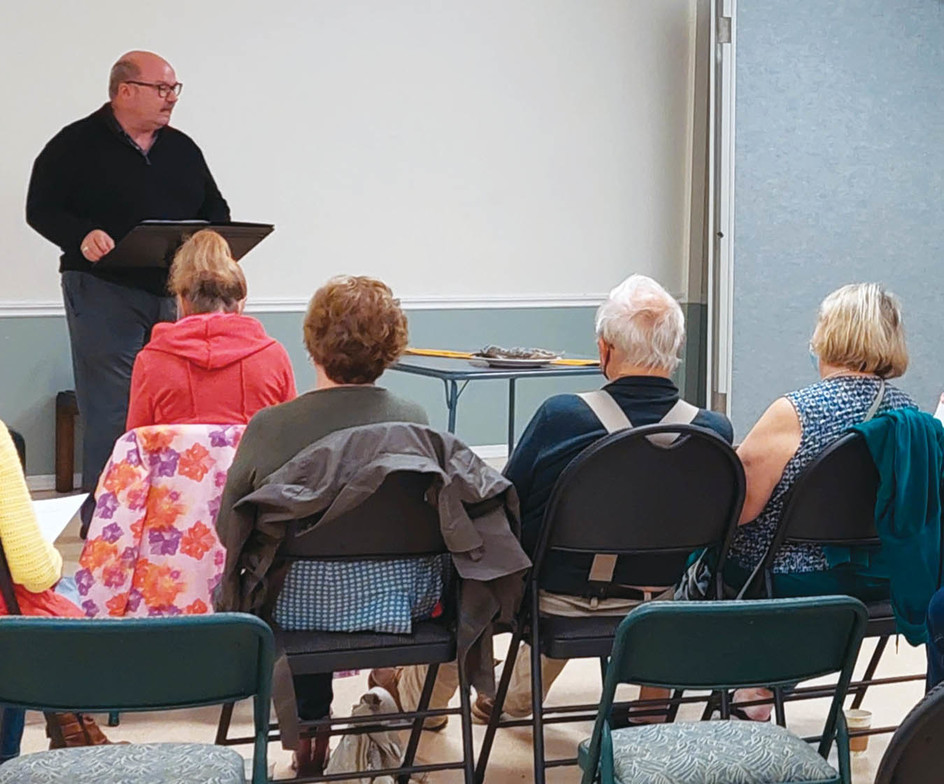 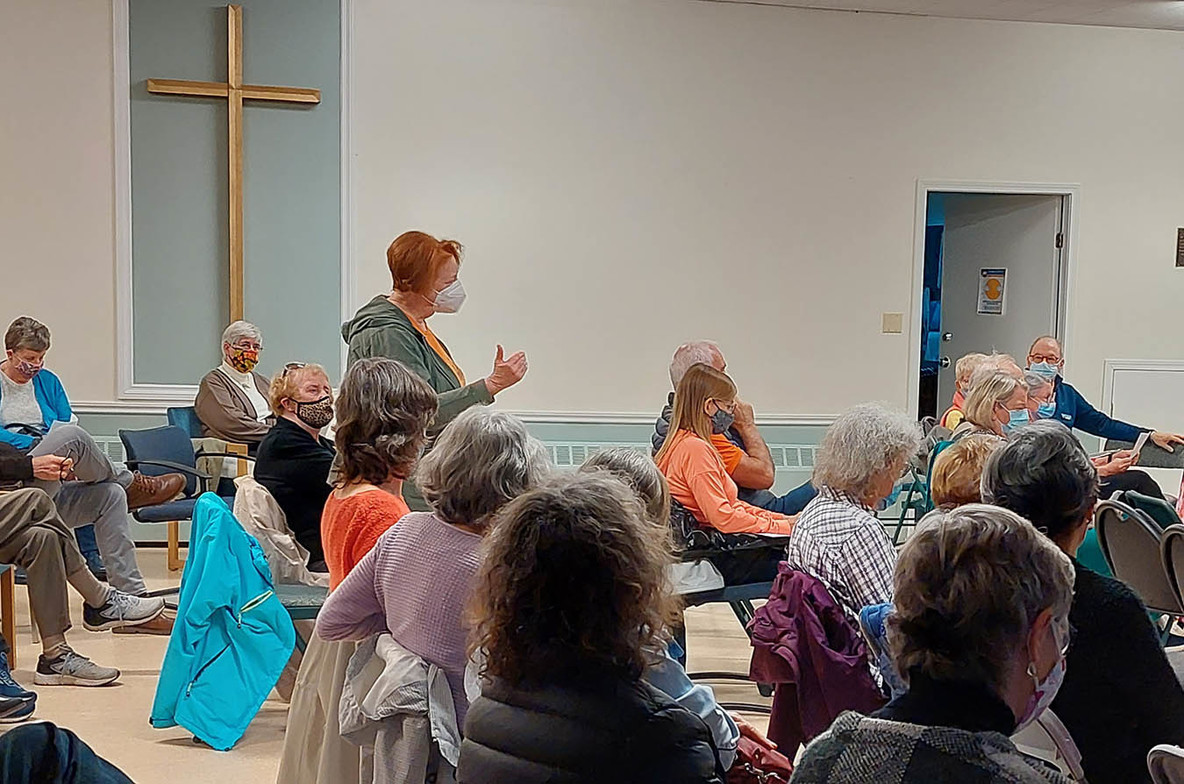 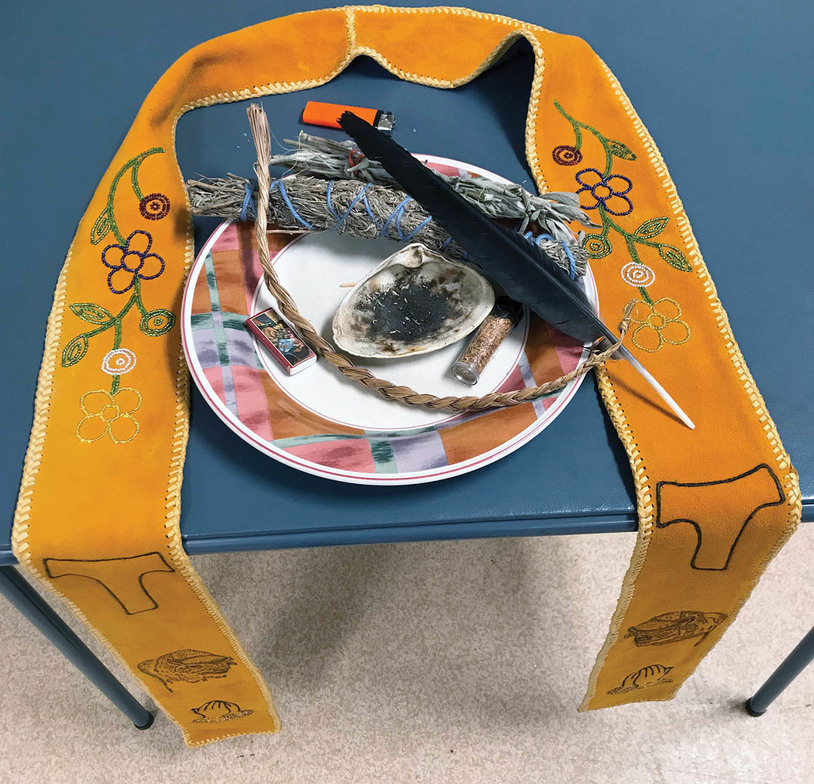 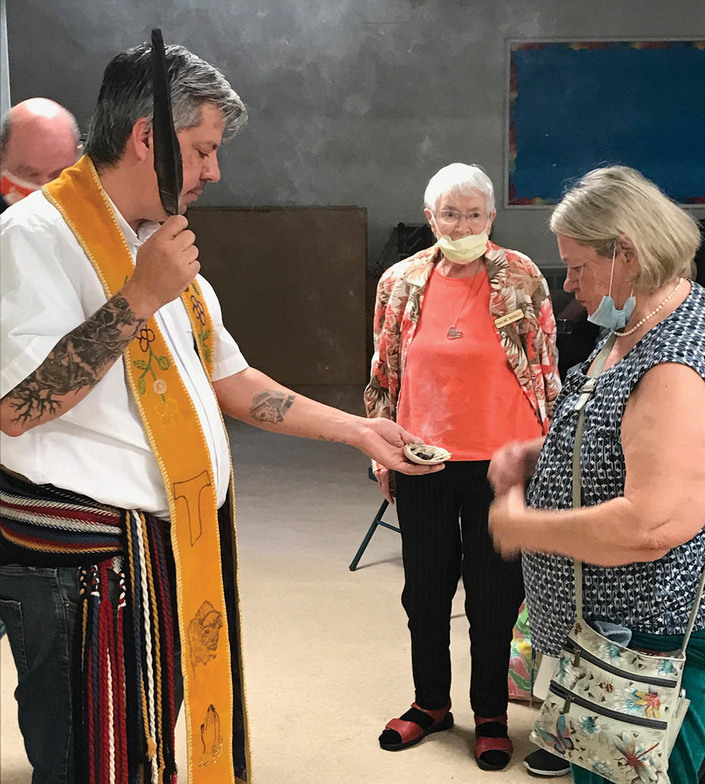 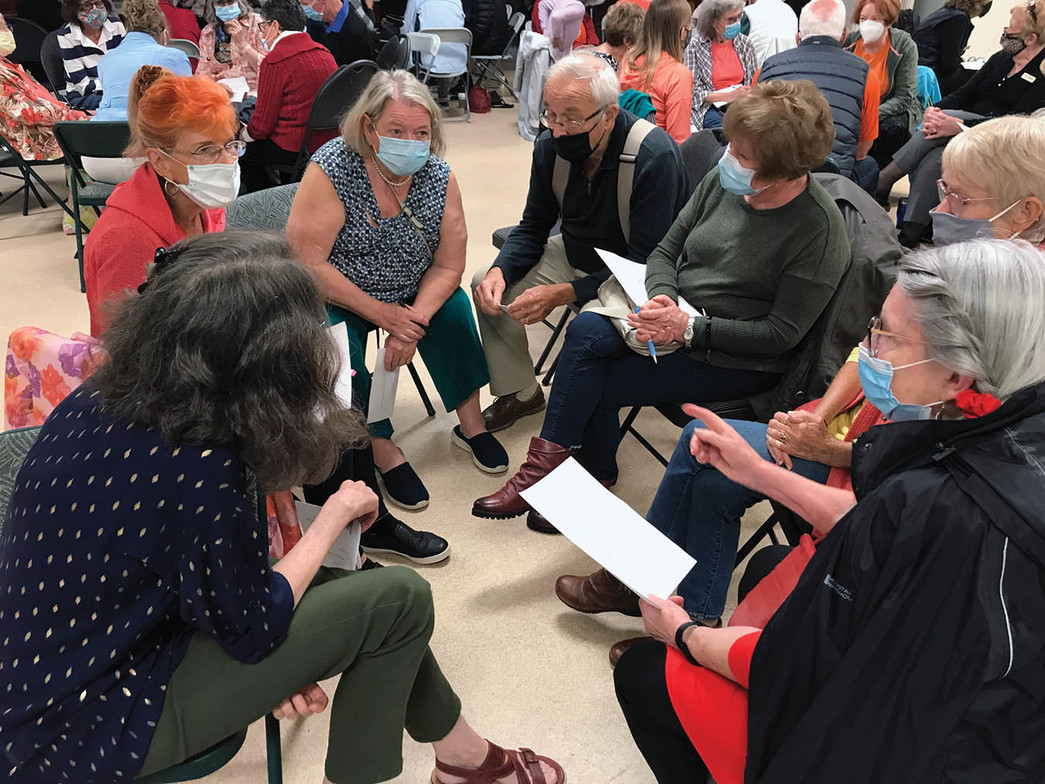 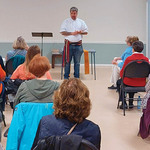 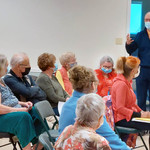 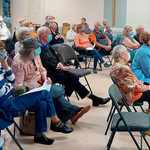 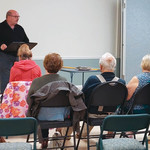 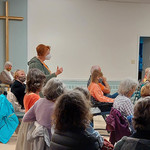 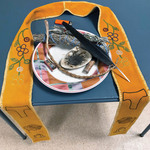 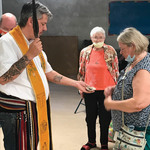 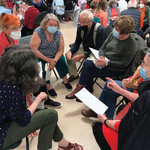 Last summer, the Reverend Wesley Hills, priest-in-charge at the Church of the Holy Trinity; the Reverend  Billy Isenor, OSF,  Rector of St. Mark-Ocean Park; Kerry Baisley, ODNW, Missioner for Indigenous Justice, Synod Staff of the Diocese of New Westminster, Mari Anne Hussen, Warden at St. Mark-Ocean Park and Simon Johnston, ODNW, Parish Councillor at Church of the Holy Trinity, met several times to discuss how our parishes could collaborate to raise awareness about the history of First Nations, Métis and Inuit and relationships within the current Canadian context. Such an event would also be an opportunity to have facilitated discussions about many complex issues with the aim of exploring paths towards Reconciliation.

We were also mindful that our parishes needed to take up the challenge of the 2015 Truth and Reconciliation Commission’s calls to action. While we couldn’t enact all ninety-four, we could certainly focus on one:

“We call upon church parties to the Settlement Agreement to develop ongoing education strategies to ensure that their respective congregations learn about their church’s role in colonization, the history and legacy of residential schools, and why apologies to former residential school students, their families, and communities were necessary.” (Call to Action #59)

Our discussions led to Church of the Holy Trinity and St. Mark-Ocean Park collaborating to co-host four gatherings under the umbrella heading of “Pathways to Reconciliation”.

On Saturday October 2, over seventy-five attendees from both parishes assembled for the first gathering in Griffith’s Hall at the Church of the Holy Trinity. Fr. Wesley offered an opening prayer calling for openness, understanding and unity. After this, a video documentary, “The Doctrine of Discovery: Stolen Lands, Strong Hearts”, was shown. The video was created as part of the responses of the Anglican Church’s Primate’s Commission on discovery, reconciliation and justice. The video provided education and insight into the racist foundations of our property laws and other laws still in existence today. The film is linked here.

The sixty-seven-minute documentary was followed by a coffee break, after which Fr. Billy offered smudging. He explained that smudging is an ancient purification ritual. It involves igniting a braid of dried herbs to generate a curl of smoke. The smoke is dry washed over the head, arms and chest to renew and cleanse the body, mind and spirit. All attendees were invited to process and participate.

Following this rite, Kerry Baisley facilitated a plenary session that encouraged feed-back and dialogue about the video. Everyone was eager to participate, and the discussion could have continued well after the appointed time for adjournment. Of the many positive comments, the most often repeated was that the documentary contained surprising facts that should be part of the school curriculum. And participants said they were eager to watch the documentary again and to share it with others.

The next gathering will be on February 5, 1:30 – 4:30pm at the Parish of St. Mark-Ocean Park. The theme will be: “First Nations 101: tons of stuff you need to know about First Nations people”. Author Lynda Gray will be reading and discussing her book.