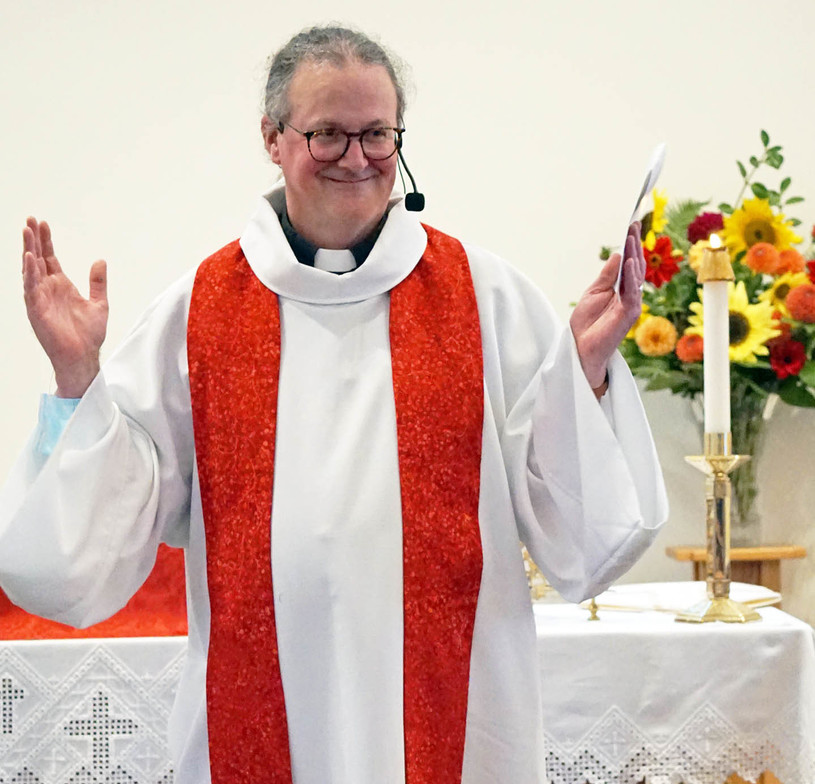 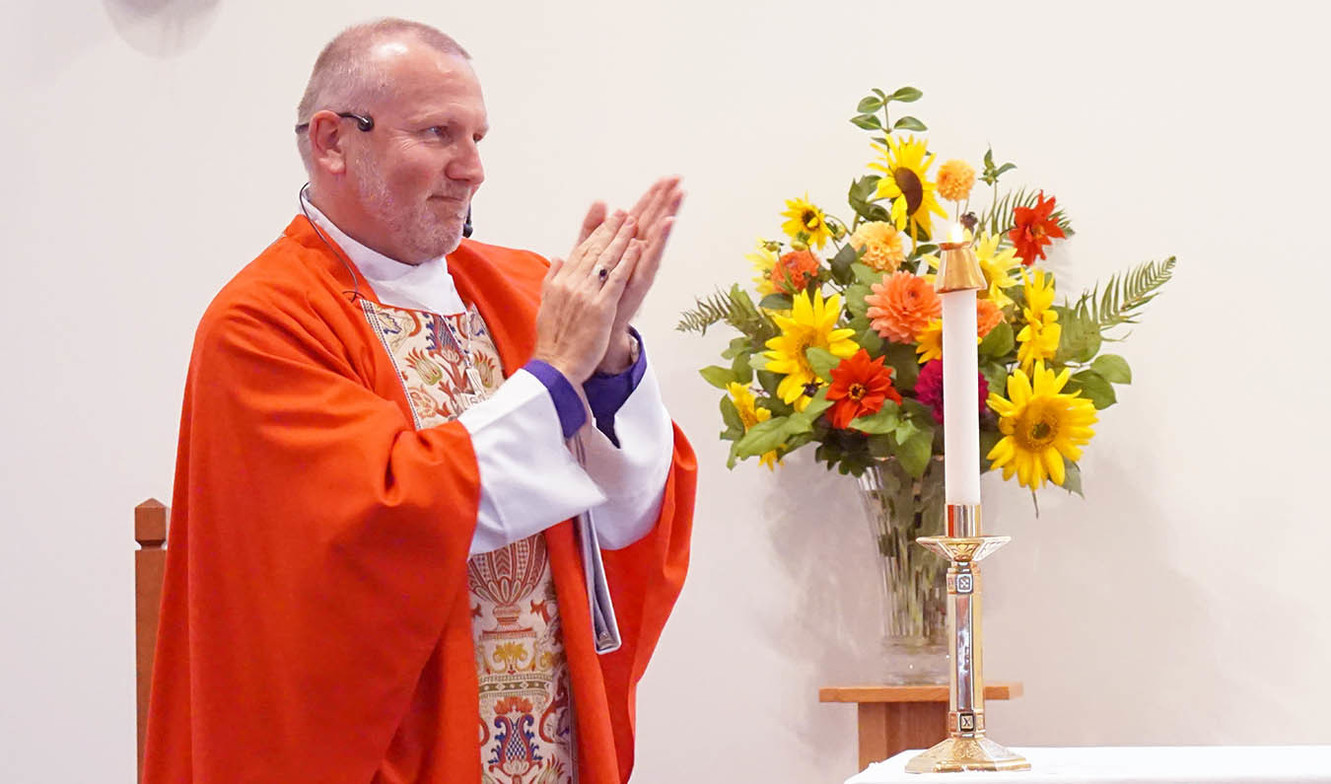 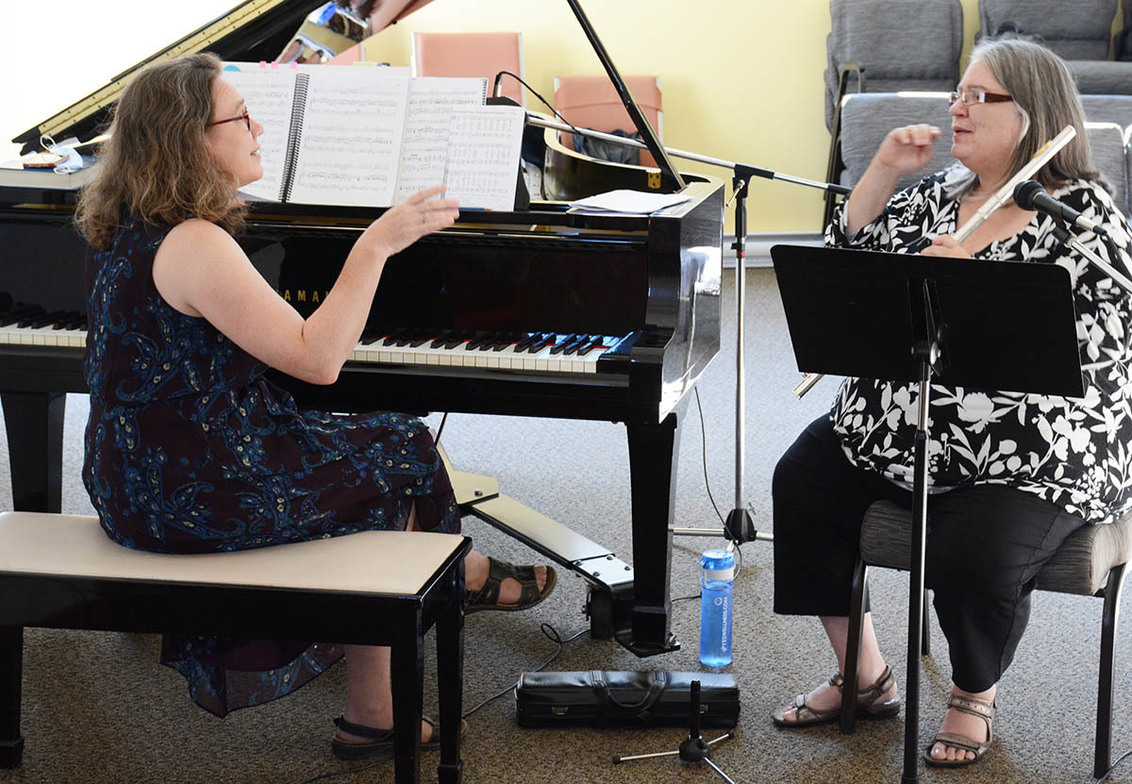 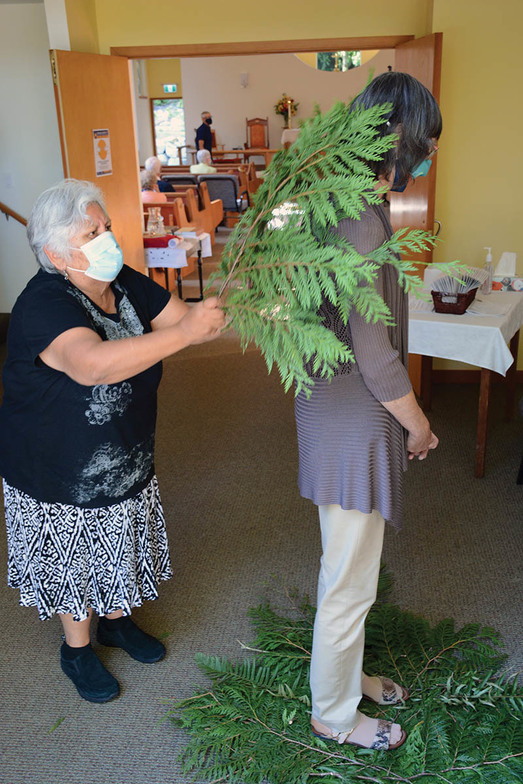 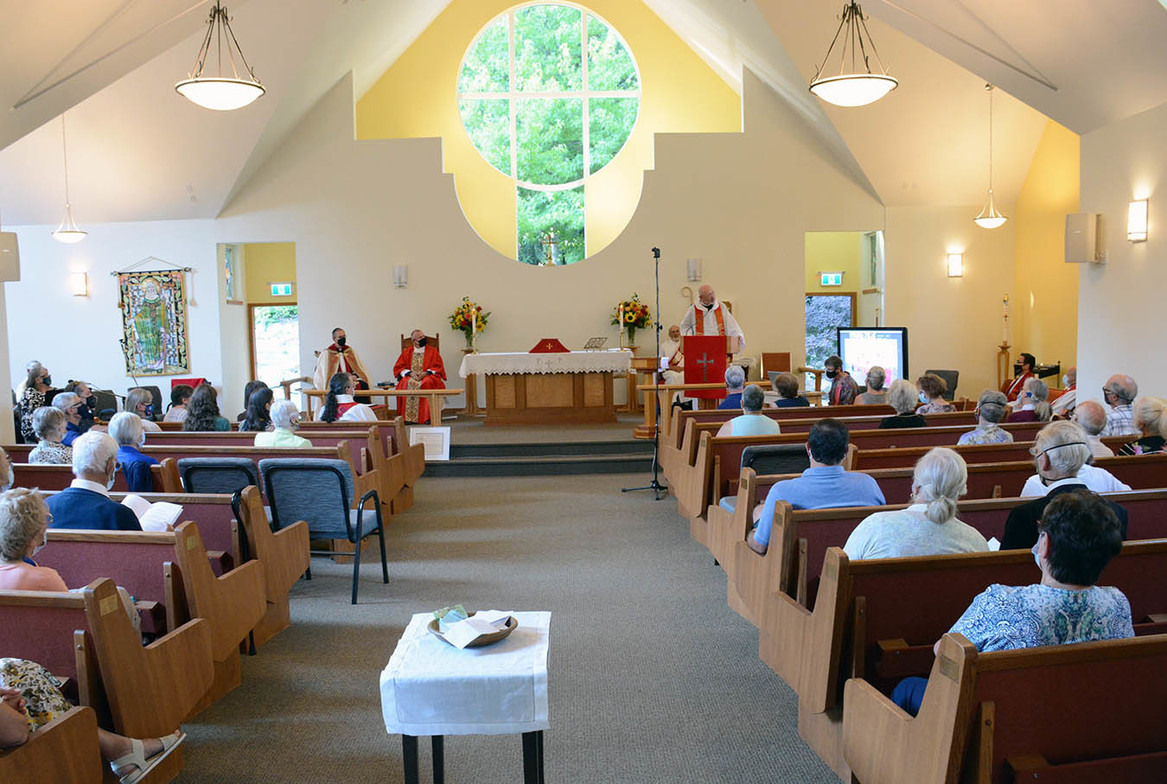 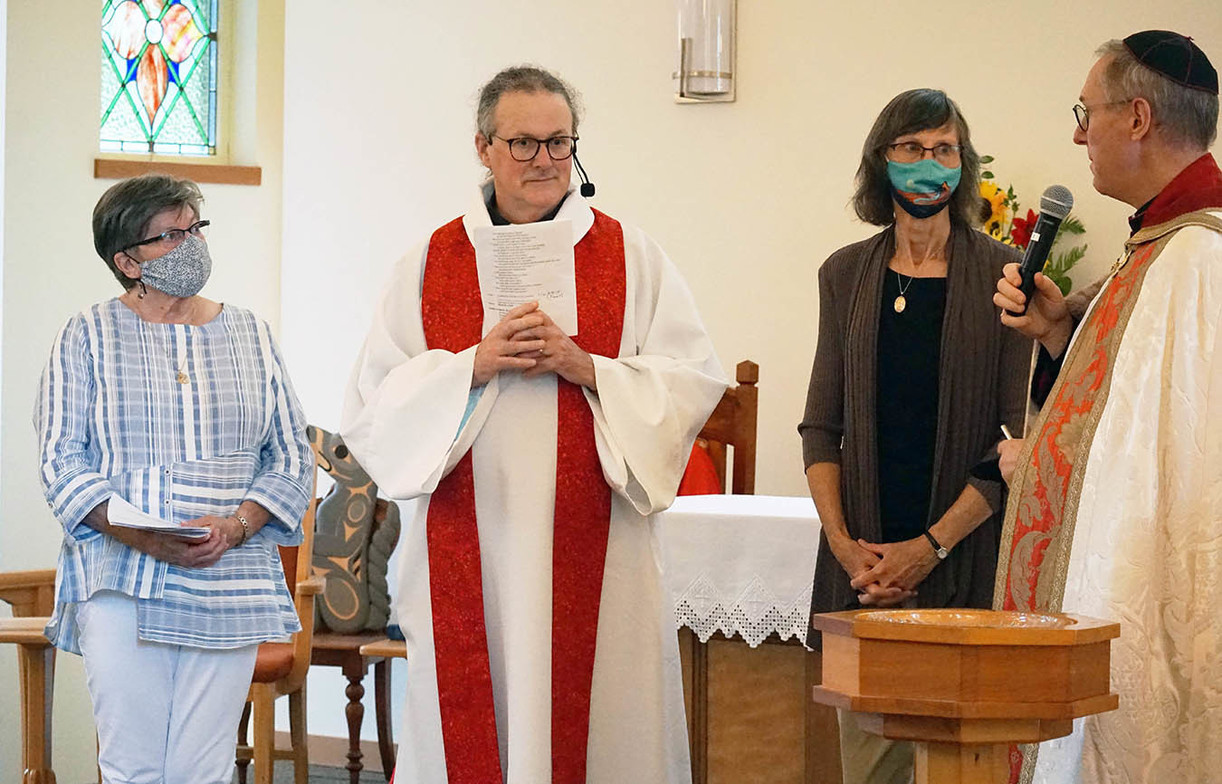 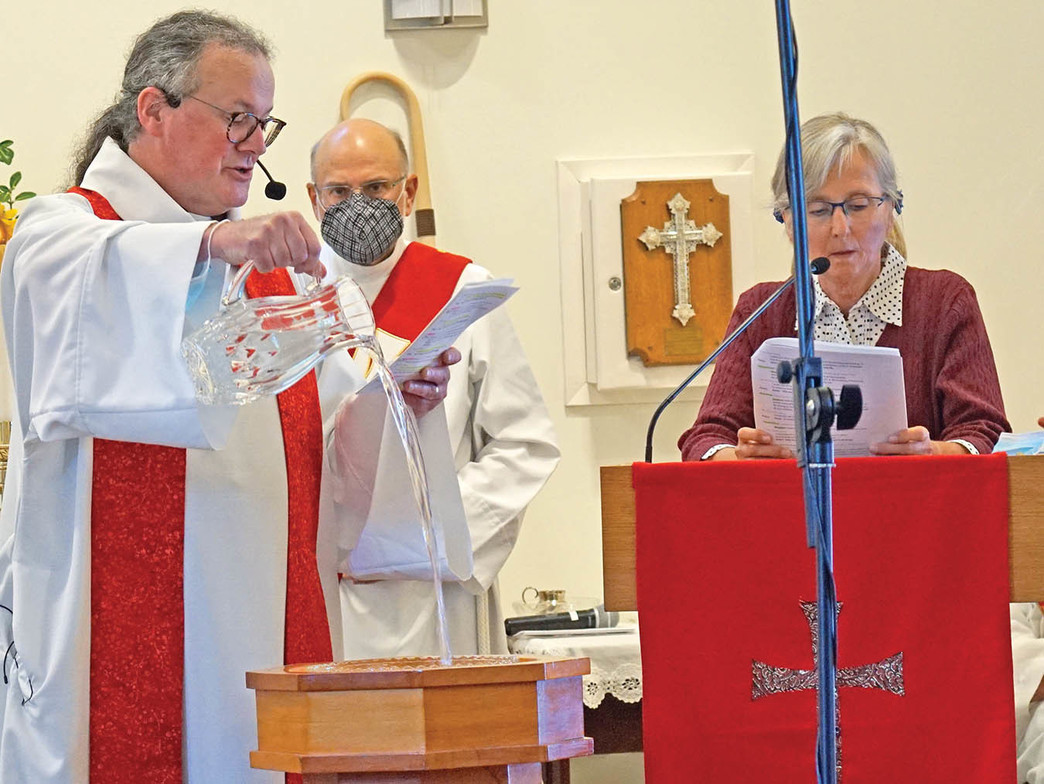 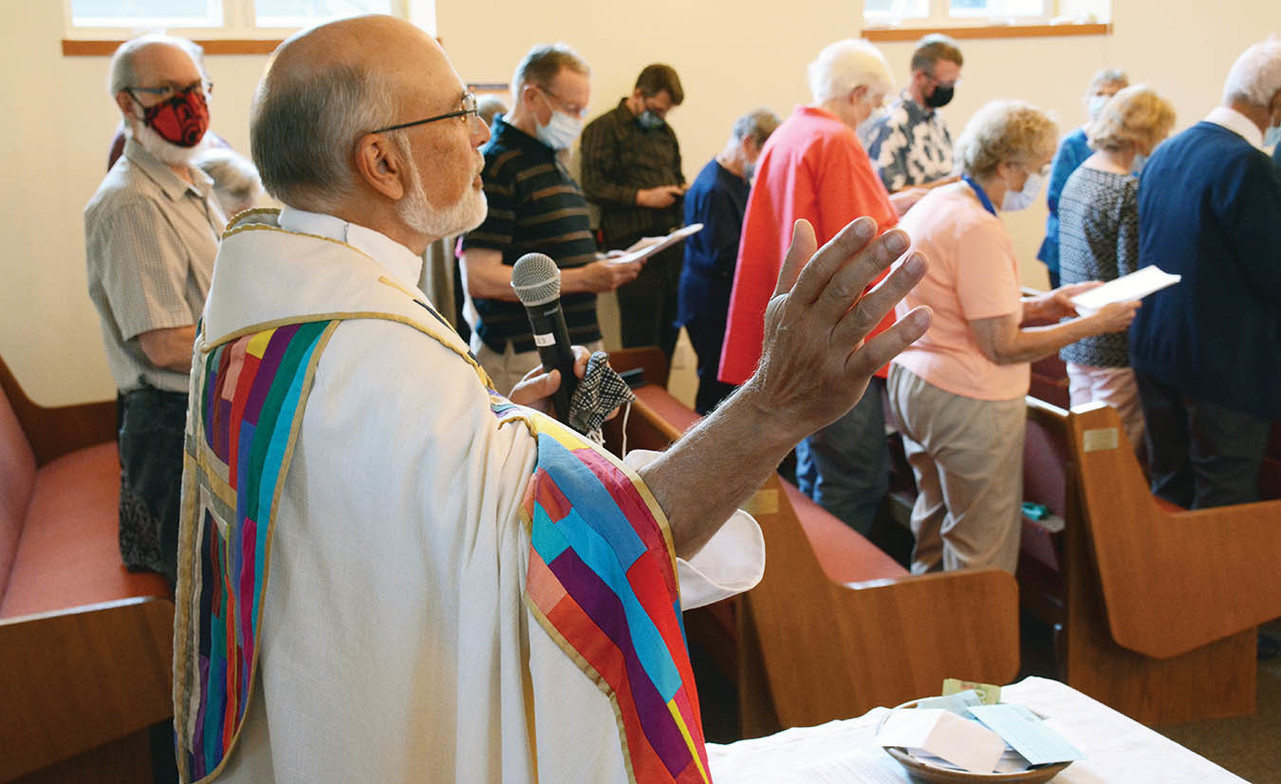 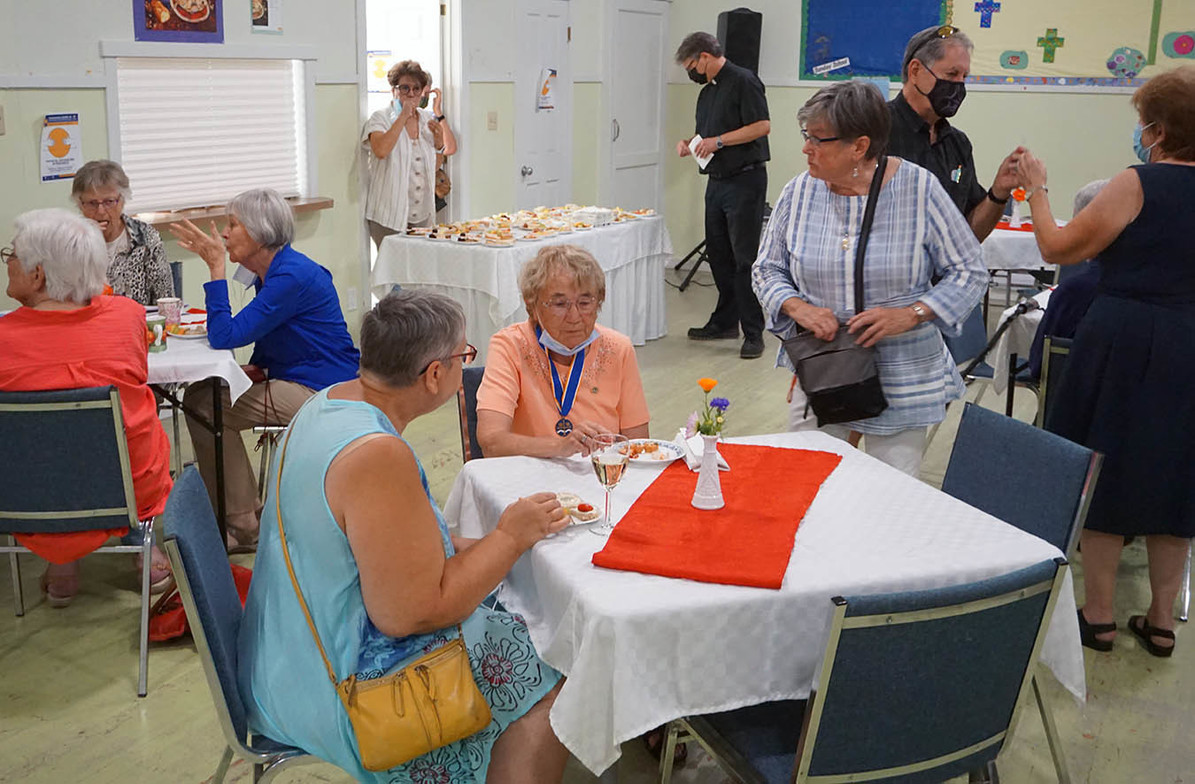 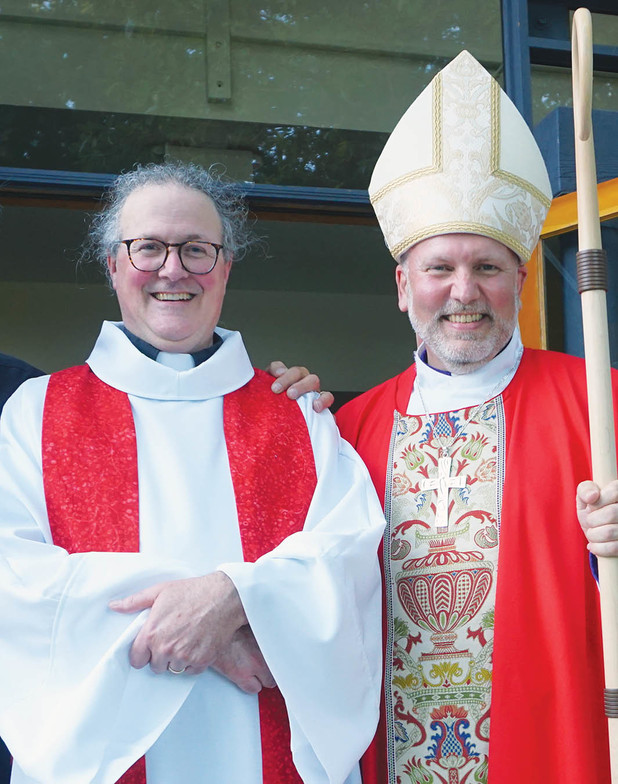 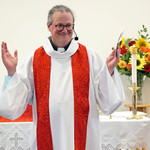 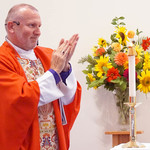 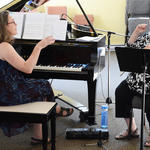 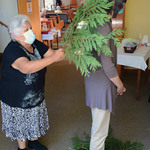 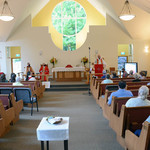 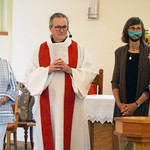 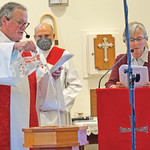 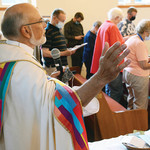 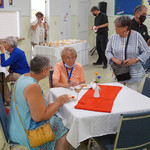 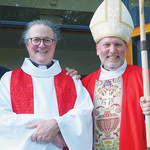 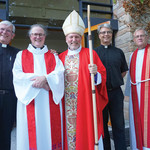 The Very Reverend Peter Elliott, retired Dean of the Diocese of New Westminster and retired Rector of Christ Church Cathedral was the preacher for the Celebration of a New Ministry Eucharist that featured the Induction of the Reverend Stephen Black as Rector of St. Hilda's, Sechelt on the Feast of St. Bartholomew, August 24, 2021, by the Right Reverend John Stephens, Bishop of New Westminster. He began his homily by thanking Rev. Black for inviting him to preach and ended his introductory remarks by commenting on Rev. Black’s arrival as rector saying, “what a wonderful long journey it has been.” For those of us that know Rev. Black’s fondness for The Grateful Dead, TVR Elliott’s remarks could be interpreted as a bit of a paraphrase of the well-know title of the ‘Dead’s’ 1977 compilation album, “What a Long Strange Trip It’s Been.”

(TVR Elliott’s sermon is available here by following this link)

The Very Reverend Peter Elliott has known the Rev. Steve Black for decades and has had a ringside seat watching his development over time, eventually leading to his ordination to the transitional diaconate, June 20, 2020, his priesting on December 12 of that same year and the announcement of his appointment as Rector of St. Hilda’s, Sechelt effective January 1, 2021. Once the die was cast, Steve’s progress was quick, however the truth is it took him well over 20 years to get there.

At the service there was a good-sized congregation present and a few more participating online via Zoom. Following 18 months of interim ministry the Sunshine Coast parish were delighted to have an incumbent and now eight months in both priest and congregation agree that this new ministry is a good fit for all involved.

Music Director, Katherine Hume with the able assistance of Karen Weatherington and others led the music in worship. Archdeacon for Deacons in the Diocese of New Westminster, the Venerable Bruce Morris is the parish’s deacon so of course he was Deacon of the Word and Table. Other clergy in attendance included: the Regional Archdeacon of Capilano, the Venerable Stephen Muir; the Regional Dean of Sea to Sky, the Reverend Cameron Gutjahr; Deacon of the neighbouring parish, St. Bart’s, Gibsons, the Reverend Stephen Bailey; the Reverend Stephen Rowe, Rector of the Church of the Epiphany, Surrey, Rev. Black’s mentor and advisor during these early months of his first appointment; the Reverend Richard (Hergie) Hergeshiemer, Pastor of Living Faith Lutheran, Sechelt; and the Reverend Clarence Li, former Rector of St. Hilda’s, January 1, 2010 -  August 31, 2019.

Bishop John Stephens made the first trip of his episcopacy to St. Hilda’s for the induction. This was the second induction of a new rector for Bishop John, although Rev. Black was appointed by his predecessor, Archbishop Melissa Skelton. Executive Archdeacon, the Venerable Douglas Fenton was also present to facilitate the Covenant in Ministry, officially witness the signing of the Declarations, Oaths and Subscriptions and read the bishop’s license.

A highlight of the liturgy took place prior to the Closing Hymn and Dismissal when Rev. Black’s spouse Rhonda joined him on the chancel platform as he was presented with a beautiful, handcrafted stole using many shades of green. Rhonda helped Steve don the stole so he could model the new vestment for the congregation. Members of the Anglican Church Women of the parish prepared plates of sandwiches and sweets in advance in order to reduce the number of people having direct contact with the refreshments and keeping COVID-19 prevention protocols a priority.

Please keep the Reverend Steve Black, his family and the Parish of St. Hilda’s in your prayers as they continue moving forward in ministry together.

(A photo album with many images and captions is available at Anglican Conversation, the Facebook page of the Diocese of New Westminster.)

Downloads
Sea To Sky
St. Hilda's By the Sea, Sechelt