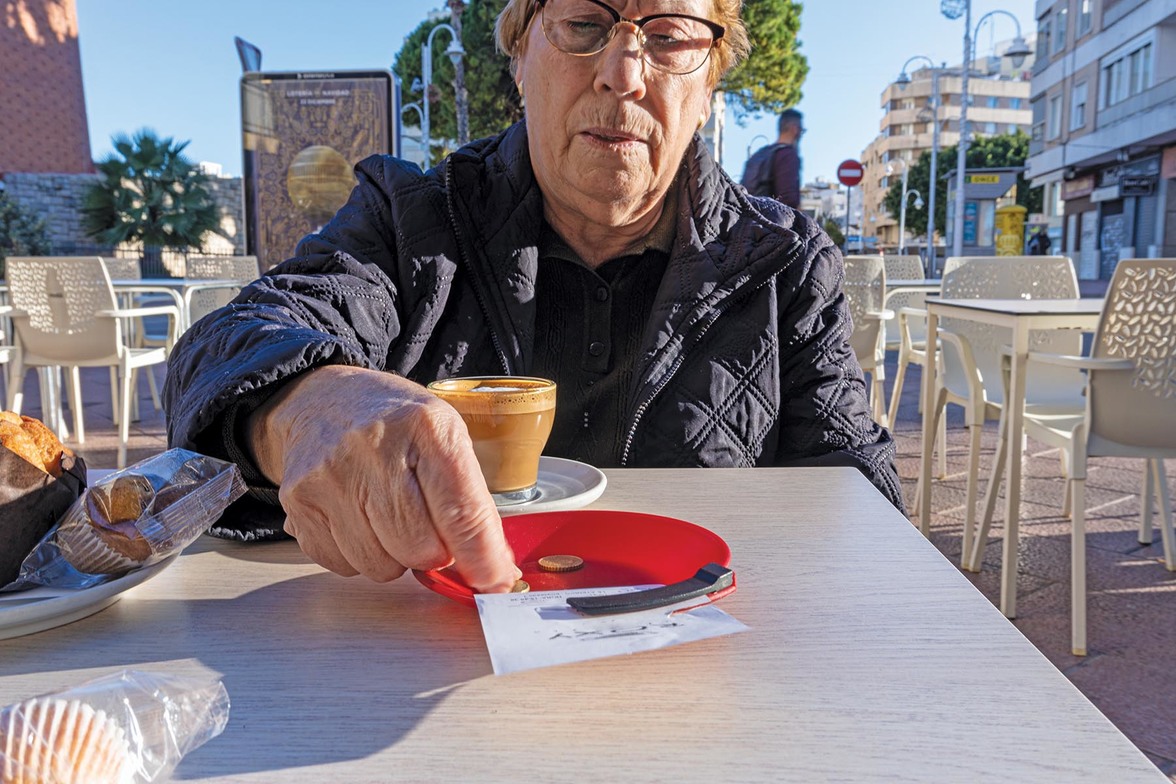 A small incident, a mere snatch of conversation heard from an adjoining table in a Vancouver restaurant in the South Granville neighbourhood. It's a spot in which you see a fair number of elderly folk from the various apartment blocks in the area. They come for a morning coffee or an afternoon cup of tea. Sometimes they are alone.

An elderly woman is sitting alone as I take the only other table for two available. It adjoins hers. She has just finished a snack and is preparing to pay the bill she has just received. She hands the small bill and some cash to the young girl who has served her. Then because the elderly customer wants to make some remark, any remark, to bridge the moment of the transaction, she murmurs to the waitress "The widow's mite” and she smiles, presuming her remark will be understood. It isn’t. The waitress , a pleasant person wishing to be helpful,  is puzzled. She makes a questioning sound. The older woman repeats her remark “The widow's mite”. The young woman is totally mystified . They part with an uncomprehending smile from the waitress and a sad and slightly embarrassed look on the older face.

I realize I have just overheard a huge culture gap between two generations. The older woman is, as I am, a member of what may be the last generation in western culture whose imagery, language and thought forms are almost unconsciously formed by a treasury of great literature, one that is almost totally lost to the younger woman.  I'm referring of course to the English Bible .

Perhaps the even greater tragedy is that the younger woman does not realize what she has lost. That still holds true even if you consider the Bible not as a repository of faith but merely as great literature.

The moment  was eased by our eyes meeting long enough to exchange a word of goodnight.