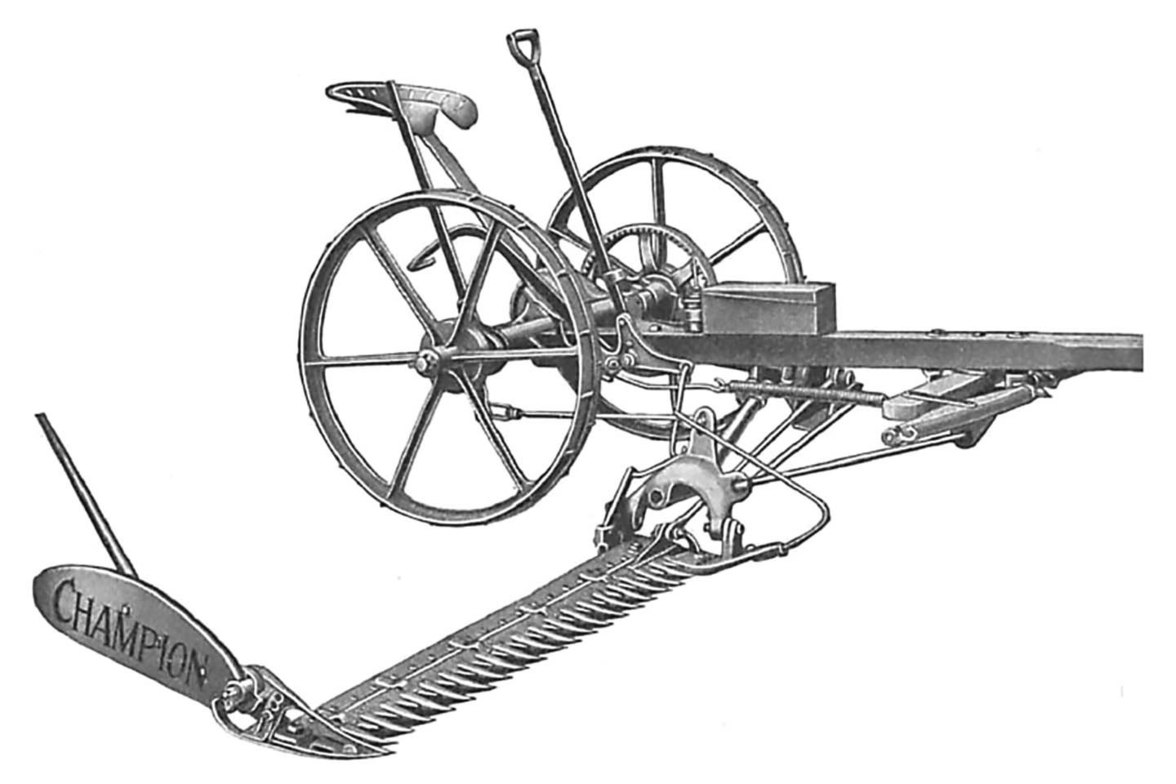 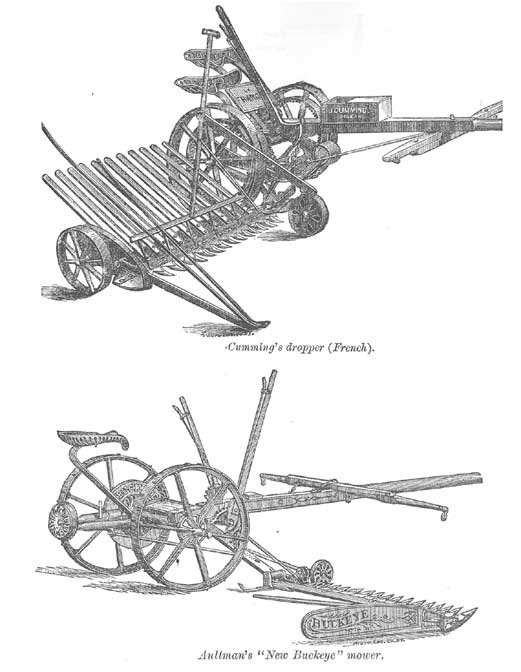 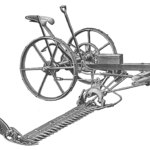 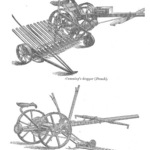 In the 1920’s the world of Irish farming was simple and modest. Some large estates were exceptions but they were diminishing in number as the decade went by. Otherwise very few farms had machinery. However, in the years after the First World War, many farmers purchased a mowing machine, among them my grandfather.

When we arrived in Donaguile for the long summer holiday in August 1940, my uncle told me that we had come just in time to see him and my grandfather and the hired man John cut the barley on Hill Field near the farmhouse. I was twelve years old, my brothers eight and two.

My brother and I are up with the sun to watch the preparations. Two horses are needed to pull the mower. They stand on either side of a long wooden shaft to which my grandfather yokes them. Behind them is the mowing machine itself. Above two metal wheels and an axle is the seat for the driver. A smaller metal seat beside it is for the reaper. On this particular day my uncle will drive the horses and my grandfather will take a large wooden rake and climb on to the side seat. Below him at ground level are the long well oiled knives that will cut the barley, shuttling back and forth with a loud harsh clattering. Behind the knives is a wooden rack into which the falling barley will tumble, swept back by my grandfather’s rake.

This morning my brother and I follow behind the mower with my aunt and the hired man John. Their task is to take each armful of barley, tie it with binder twine and leave it lying for others who will follow to build the bundles into “stooks”. Standing in stooks, the barley will then be ready to dry in the fervently hoped for summer sunlight.

There is a break for lunch. At some point during the meal my uncle turns to my mother and says “I think this young man – pointing to me - could drive the horses this afternoon.” I can’t believe my ears. At first my excitement is fearful, then it gradually simmers down to excited anticipation.

The day continues to be fine as we return to the field. John has completed watering the horses. My Granddad takes his place beside me with his rake. He shows me how to hold the long reins and emphasizes how important it is that I keep the horses walking in a straight line along the edge of the standing crop. As we set out on the first round of the field he keeps a close eye on me. Once or twice he signals to me to straighten up. At one point he grabs the reins from my right hand and pulls it strongly to bring the right hand horse nearer to the still standing barley. .

By the third round of the field I am confident enough to take my eyes off the horses now and then and to look about me. I notice a pattern in my Granddad’s directions. Each time we come to a corner of the field he signals me to begin turning the horses before we get to the end of the field. This happens at all four corners. The result is that at each corner of the field we leave a triangle of uncut barley. When I ask why we are dong this I receive the simple reply , “Because its in the Bible”.

In the year of our Lord 1940 you did not say to your grandfather “What do you mean – its in the Bible?” You acknowledged the explanation and concentrated on driving the horses!

I intended to investigate further but my uncle said to me that I had done a great job and I could perhaps do a bit of driving in another field on the morrow. This so filled me with excitement that all else faded from my mind. A few days later I did ask my parents. Neither of them could enlighten me. Summer went by. We returned to the city.

It is 1990.  Half a century has slipped away.  I am in a window seat of an Air Canada flight from Toronto to Calgary and home. I look down to glimpse a golden ocean of Saskatchewan wheat far below.  Suddenly long ago horses are pulling on my tightly held reins and I hear my granddad say “Its in the Bible”.  I can hardly wait to get home to consult my Cruden’s Concordance of the Bible. Hastily I turn the pages to the list of Biblical references for the word “reap”, tracing my finger down the miniscule print. Suddenly there it is! Leviticus Chapter 2: verse 22.

“When you reap the harvest of your land, you shall not reap to the very edges of your field or gather the gleanings of your harvest. You shall leave them for the poor, and for the alien”. I am the Lord your God.

Today we have much official language for such things. We write of Ethical Farming Policy, Responsible Agriculture, International Cooperatives. My grandfather was a ten year old boy in school when he learned that verse from Leviticus. It would have been 1871.