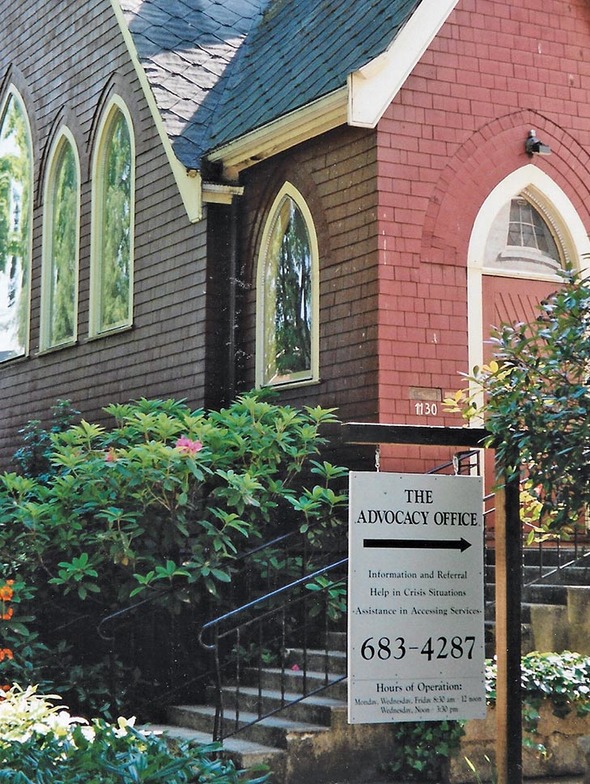 A media release on the diocesan website dated February 3, 2022 announces “The Advocacy Office at St Paul’s to close after 25 years”.  Parishioners first learned of the closure in a “Message on behalf of the Parish Council” dated January 16, 2022. This stated that “the Parish Trustees … together with the Parish Council, came to the difficult decision to discontinue the Advocacy Office program … on or before March 31, 2022”.  The announcement gave no reason for the decision but mentioned that the closure would coincide with the retirement of the current director.

Many parishioners have received the news with disbelief and dismay. The Advocacy Office program was established in 1995, and produced consequences which no one could have foreseen. The program has proved to be a remarkable success in terms of the service offered to its clients, the many thousands of clients benefitting from the service, and the assistance received by St Paul’s from the advocates who have provided the service most of whom are not themselves parishioners.

While all of that can be counted as success, it has also won for St Paul’s the respect of, and credibility in, the local community, and even beyond the local community. Of even greater significance, perhaps, is that St Paul’s has never sought reward in terms of recruiting new parishioners or in generating revenue.  The program has been an outstanding example of how we are called to live the Gospel as recounted in Matthew 25:31-46, serving others as if we were serving Christ even as we are unaware of doing so.

Disbelief and dismay over the closure has not been confined to parishioners.  An article published in the Vancouver Sun February 2, 2022, states that the advocates and other persons who operated the program were also upset by the closure.   It quotes a member of the Advocacy Office staff as saying: “The real problem is that none of us volunteers or advocates understands what’s going. … the lack of transparency after all these years is traumatizing.”

The article goes on to describe some typical cases served by the program, and in doing so, characterises clients as “low-income earners”.  While this is true of some clients, it is not true of all, for, as the article states, clients include “people from all walks of life”.  This diversity of clientele adds to the appeal of the program, for all are treated with equal respect and dignity.  No fee is ever charged.

Meanwhile, the reason for the closure remains unclear.  The media release gives no reason, and nor does the Vancouver Sun article other than quoting the rector, the Reverend Philip Cochrane, as stating that the termination was the outcome of an external evaluation of the program which showed that “how we were running the program wasn’t tenable”.  The Rector refused to disclose the results of the independent evaluation, which remains confidential. Why the program was judged untenable remains unknown.

Throughout the twenty-five + years of its operation, several occasions have occurred when “how we were running the program wasn’t tenable”.  Some of these problems, together with an account of how the Advocacy Office came into being, are described and discussed in the 2019 parish history that I wrote and published, Peace be to the whole community.  On each occasion new lessons had to be learned, or old lessons re-learned as different parishioners became trustees.  The success of the Advocacy Office program has not been achieved painlessly, but it is difficult to imagine what problem has been revealed by the recent evaluation that has not been met before.

Leslie Buck is a long time St. Paul's parishioner and is the author of the self-published parish history, Peace be to the whole community. Mr. Buck is a frequent contributor to diocesan communications, particularly the Opinion section of the diocesan publication, Topic.

The south facing entrance to St. Paul's circa 2002.