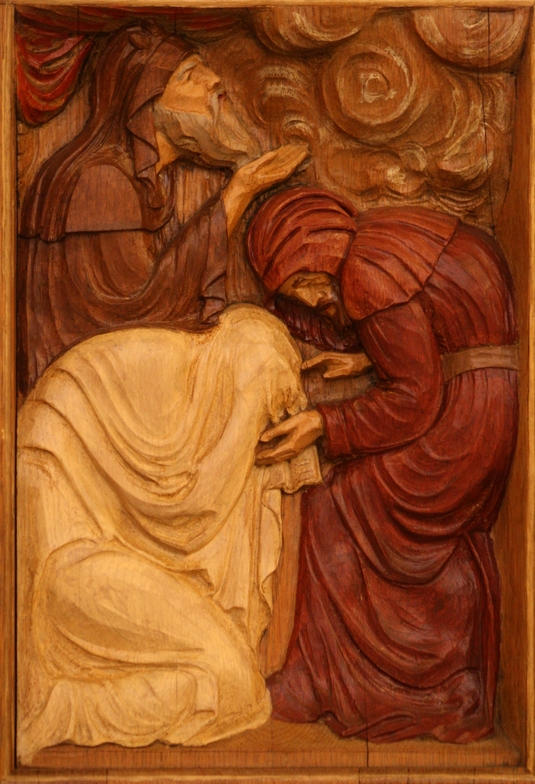 From where he sat in the evening sun he could see the family vineyard. Four generations of loving care and hard work had made it into a thing of beauty. Its grapes were heavy on the branches. Its wine praised by visitor and neighbour alike. Suddenly tears  came as he once again felt a great wave of gratitude sweep through him that he was once again able to sit in his own home, his beloved Miriam nearby, his son and two daughters involved in the family enterprise.

It was hard to believe that only a year ago he had thought everything irretrievably lost, at least to him personally if not to the family. The nightmare had begun when he noticed a skin lesion on his forearm. In that climate such lesions were many and varied, appearing and fading seasonally. This lesion remained. From time to time he would look at it, persuading himself that it was not growing and changing. At other times when he looked at it he felt a tremor of fear. His fear had a name that he did not wish to say even to himself, not to mind speaking of it to Miriam his wife. She had of course noticed the lesion and sensed his fear.

The day that his trusted foreman mentioned it to him made him realize that he was losing control of the situation. The fact that his problem was now public gave him no choice. He had to show himself to the local priest. In the absence of any medical resources, tradition had given priesthood the right to make a diagnosis. More than once he tried and failed to bring himself to go. At last it was Miriam who insisted, lovingly but firmly. When they did go to the house of the priest at the edge of the nearby town their worst fears were confirmed.

The law was implacable. From the moment of his being named a leper he had to isolate himself as quickly as possible from every aspect of his personal and social world.  The fist awful night was spent in making frantic decisions. Where could he go? What could he take with him to make life bearable? What arrangements were possible to look after the estate.?  On and on it went until the morning hours. The news of his misfortune spread quickly. Neighbours came to wish him well. Already they kept their distance, calling their good wishes from the edge of the property.

One voice stood out for him. A family nearby had been through this agony, losing a member to a similar diagnosis of leprosy. They knew where a large group of men and women had formed a leper’s community, a place where at least the vestiges of human relationship could be preserved. South of Jezreel the foothills of Samaria began. Among the many wadis there was one that had a stream running through. The presence of water made the colony’s life possible. Two days of walking would take him there.

He recalled the terrible realities of the place, the pathetic shacks built to find shelter from the elements, the caves where the most far gone sufferers lived out the ghastly late stages of the disease. Sometimes they could be seen sitting at the mouth of the cave desperate for human companionship, their ravaged faces masked by filthy rags. Yet even here he had soon learned the ways in which those with earlier stages of the disease would try to respond to such suffering, even if only to place a bowl of food outside the cave before distancing themselves from the dreaded contagion.

What had made life possible at all was that families of those in this terrible isolation would come to the outer edges of the community bringing gifts of food and clothing. There could be no contact beyond greetings called out from the carefully kept distancing the law demanded.  The same law demanded that no leprous person could be approached nearer than 150 yards. Gifts would be left for a loved one at the entrance to the wadi. The family would retreat, waiting for their loved one to emerge from the area, pick up whatever had been left, returning into isolation. Such gifts, shared with sometimes immense generosity within the colony, not only made life possible but formed relationships of affection and gratitude even in that ghastly environment.

He recalled with clarity the shallow stream that flowed through the wadi. It made it possible for those who wished to seek personal cleanliness. Some availed themselves of this, hoping against hope to keep disease at bay. He himself regularly bathed, responding to Miriam's constant encouragement to do so when she came with other families to visit at a distance. Her family came from a long line of rabbis committed to personal cleanliness as essential to health. With absolute determination she now applied this to her husband's well being. She insisted he relate to others as carefully as possible; that he use only the dish and utensils she gave him; that above all he wash his hands at every opportunity. On every visit she would ask about the threatening lesion that had changed their lives. Although it had remained, it had not shown the signs of a developing leprosy. From Miriam's rabbinical home life she was aware that a priest's diagnosis could be wrong.  She was also aware that to challenge a diagnosis without clear and certain evidence was dangerous. A failed appeal could end any hope of her husband’s return home. In all this she never faltered in her hope.

Months had gone by, months of hoping, despairing, at times weeping helplessly. Then in a way that neither he nor Miriam could have possibly expected, and to this day had never come to understand, their lives had changed.

The day, the moment, the words, the voice, the face, he recalled all of it now as if it were yesterday. From time to time a few of the younger men in the colony, still at the relatively early stages off infection, would hunt in the back country for small game to supply meat for the community. On one of these forays he realized he had become separated from his companions. In the distance he had become aware of a small group of men walking south. His instinct had been to call out but his identity as a leper silenced him. However, he had been seen. To his surprise one of the g group had begun to walk towards him. The stranger paid no attention to his frantic warnings to stay back. Greetings were exchanged. Looking back now he knew that many things were spoken of, but all he could recall was being aware of being held in a space occupied only by himself and the stranger. At some stage the stranger inquired  about the length of his stay in the colony. When told of the long months he asked to see the lesion. Baring his arm he had felt the stranger's touch pressing the surrounding flesh. Then he heard words he would recall until the day he died.  The quiet voice said "You are not a leper. Go and show yourself to a priest."

In the ensuing months following his ecstatic return home, he and Miriam had shared that never to be forgotten encounter. The stranger's ignoring of all that separated a sufferer from human intercourse; above all the unhesitating willingness to touch one already officially defined to be a leper; the quiet authority in the assurance that his lesion was not as the priest had defined it; the final relief when the priest he consulted acknowledged the lesion had not developed into leprosy over the months of exile. Again and again the encounter was told and retold. The wonder of it all, the inexpressible joy of it all, the heartfelt gratitude to the stranger whose name continued to remain unknown.