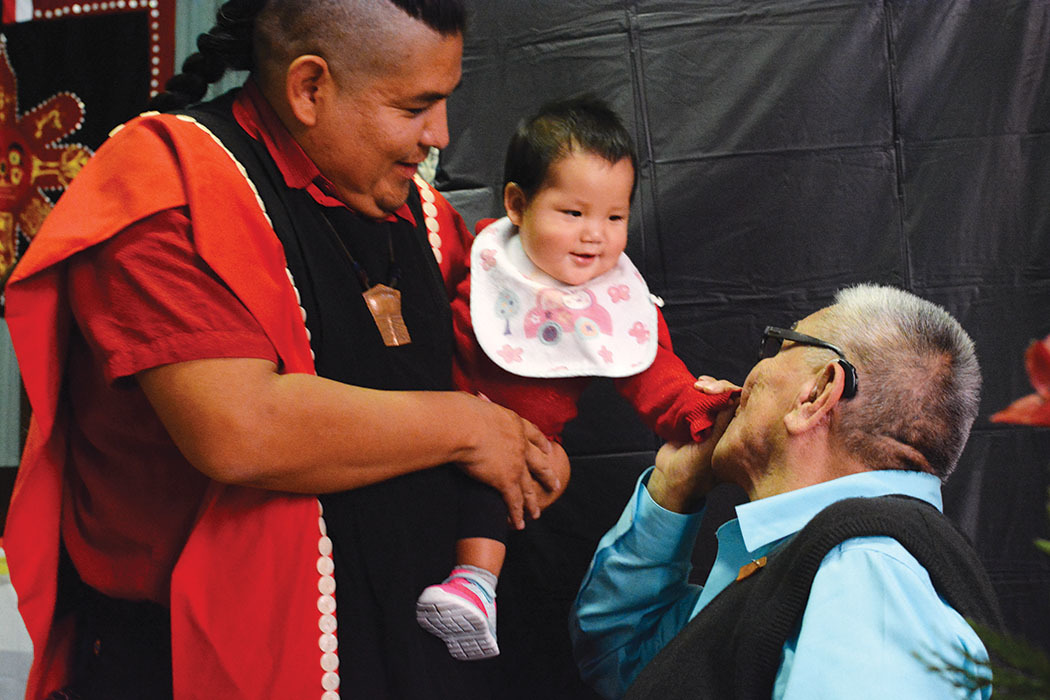 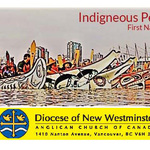 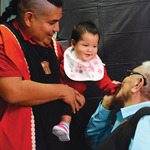 "I think that ultimately, if we're going to mitigate all the harm that's ever been done, that it's got to come about because we've had a real dialogue with each other and transformed our understanding and relationships with each other."

I have been asked many times about why I am not more angry at churches, and also why I go to church. This is a question that I will probably not answer in a way that will give a neat solution to fitting together Indigenous spirituality and Christianity spirituality. Each and every one of us has a journey we travel and we will find out along the way what our callings are and how we are meant to live our lives.

I have also had very angry supporters of Indigenous rights telling me that there should be more done for our people.  They basically wanted to fix the “problem” for our people. Yes, we can stay angry, but it keeps us on hold and prevents us from growing. I include myself in getting stuck and not moving on regarding some of my emotions.

From previous blogs you are aware that my childhood life was growing up in the 50’s and 60’s in a village on the Nass River, called Aiyansh, or in our Nisga’a language ‘Gitlaxt'aamiks’ - People of the ponds.  My upbringing was by my grandparents and by my auntie, until she had her first child. I was fortunate to have had so many people wanting to protect me and raise me as a child. We were not poor, we lived a healthy life and had enough to be comfortable as a family. Store-bought goods were a treat. By this I don’t mean candy, but canned goods, rice, biscuits, and - the big things for us kids - Jello and Kool- Aid. Our treats were fry bread and corn syrup.

There was respect for our Elders, our priests, teachers and our parents. Chores for us were getting water from the well, chopping wood, helping with the gardening, and keeping the fire going in the smoke houses where we dried fish.

What has this got to do with why am I not angry at the Church or God?

Our people were respectful, hard-working people and they believed in authority, and that there was a Creator/God that was part of us. Right from my childhood I was given those teachings from my grandmother and my grandfather - to believe in God. As I said previously, they had to send their children and grandchildren away to residential school, but they never got angry about their losses.

My grandparents also had to witness the violence and the alcoholism that their children brought home when they returned traumatized from the residential school experience.  And, living in an isolated village, they had to cope with illness and inadequate medical care.  Back in the 50’s and 60’s cancer was a painful experience, and I witnessed my grandmother suffer as she struggled with this terrible disease.

My grandparents lived during the peak of oppressive times when the government had absolute power over our people, during the 40’s, 50’s and 60’s. They had their disappointments, but they never ever displayed their disgust towards the government, and they embraced the Anglican Church for their supports.

Believing in God was a big part of their survival as they encountered the many road blocks in their lives as our leaders and Elders in our community. My grandparents did not turn to alcohol and other forms of addiction, but they turned to God for their support. I have always wondered why they had such faith, yet it is not my question to ask.  We are just meant to follow their hope for better lives for all of us.  The devastation of so many things in their lives was a lot to bear for my grandparents, and for many of the families in the village, yet they continued to go to church.

As Elders and leaders in our community, they led by example and they did the work and business because it had to be done. Most of the time it was all voluntary work that enabled our village to survive. Aiyansh even had to relocate to a higher location across the river in the early ‘60s when a flood swept through the village.

All I can say is that my grandparents were not angry people – they were respectful, they worked hard, they turned to God, and they coped. And that’s the example they left for me to follow.

So instead of being paralyzed by anger, we can all put our work into the kind of Reconciliation that Chief Bobby Joseph talks about in this quote:

“Reconciliation has provided us with an opportunity to reflect on who we are collectively and to reflect on what has gone wrong—and to dream together,” Joseph said. “To envision a future together that’s inclusive, more equal, more just, and that every child born in this country has the same potential to strive for something.”