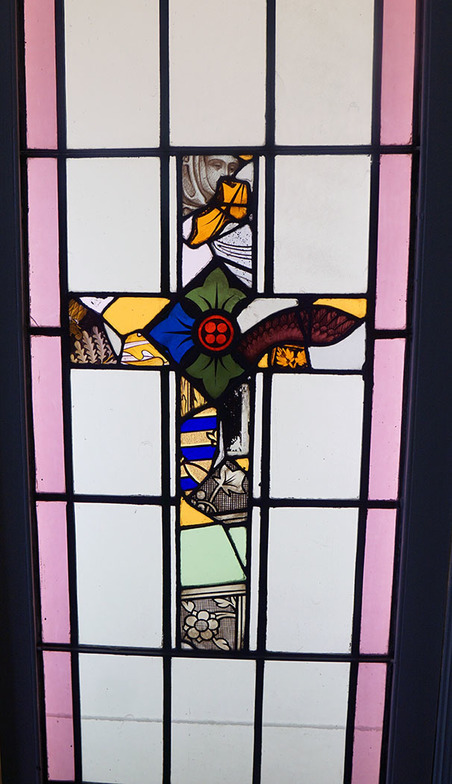 Maybe it was the strong red writing across page one of his war service file that did it - “Struck off the strength Medically Unfit 14th December 1916 By Order of Special Medical Board”.

For 19-year-old Frederick Ramsey, a British-born bank clerk living with his immigrant parents in Brandon, Manitoba and serving with the 99th Manitoba Rangers civilian militia, signing up for the Great War on Feb. 28, 1916, would surely have been an invigorating mix of high-minded duty and lower-minded adventure.

But after an attack of myalgia that September and then two weeks in a field hospital with rheumatism in October, young Frederick found himself back home before he’d even finished basic training.  The army didn’t want him.

So – maybe – it was the memory of that rejection, the sense of a job not done, that helped the Reverend Fred Ramsey, rector of St. Stephen’s, West Vancouver, middle-aged and married with two teenage children, to decide, in 1941, to join the Canadian Chaplain Service.

Rev. Ramsey spent the better part of the next four years as an army chaplain, in England and then across the Channel as Canadian troops moved north from their 1944 Normandy D-Day landing to final victory in Holland.

A newspaper article announcing his appointment as rector of St. George’s, Vancouver (that parish merged with St. Mark’s, Kitsilano in 2016 and is now St. Mary Magdalene) after his September, 1945 homecoming noted that Rev. Ramsey had visited Ypres, Arras and Vimy Ridge, sites of Great War battles that, but for rheumatism, he might have had a part in.

Along the way, from bomb-damaged England to the war-ravaged Continent, he was picking up pieces of glass, specifically stained glass, from shelled and broken churches.

Those pieces were pieced together into something new, as described in a 1949 Vancouver Daily Province story by reporter Bruce Ramsey, Rev. Ramsey’s son. Rev. Ramsey resigned that year to take a job as chaplain at Shaughnessy Hospital, serving until his retirement in 1961.  Now the G.F. Strong Rehabilitation Centre, Shaughnessy was home to injured veterans of both world wars.

His carefully-collected window was saved when St. George’s was demolished in the 1990s, and then installed in the new church/residential complex, where it fronts the lounge just inside the main church door.

The fruits of his ministry also live on in another, quite different way.  On Nov. 2, 1940, at St. Stephen’s, before he left for war, Rev. Ramsey officiated at the marriage of James Sinclair and Kathleen Bernard.

The couple would become the parents of Margaret, in-laws of Pierre, and grandparents to Prime Minister Justin Trudeau.