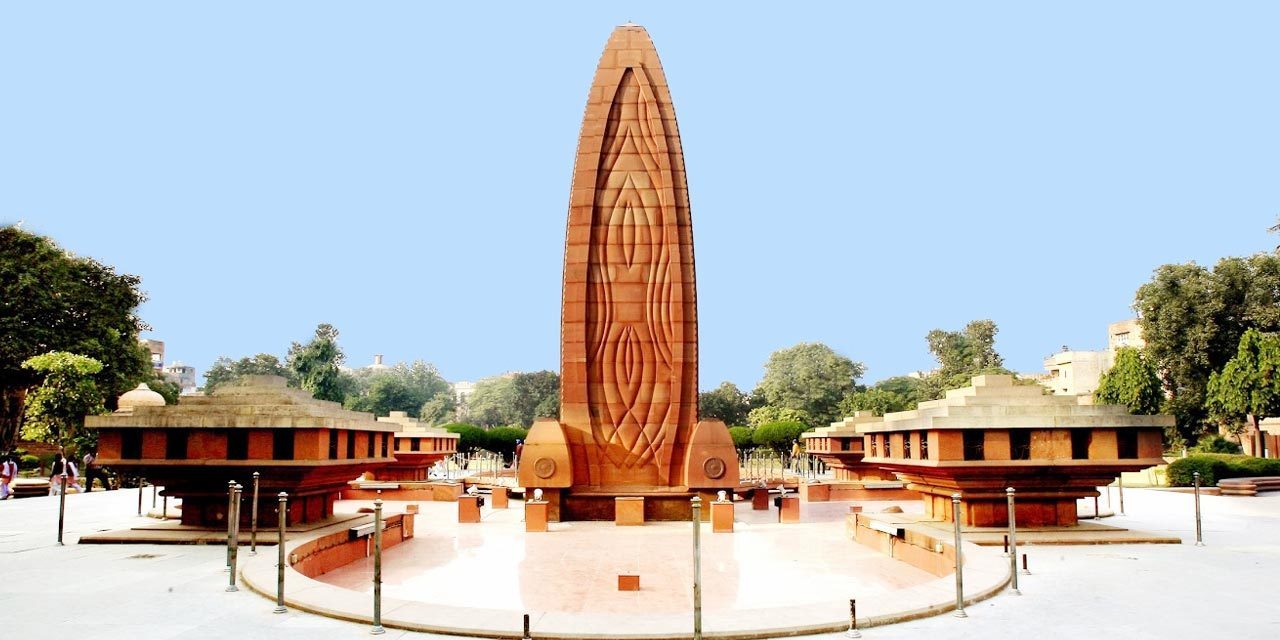 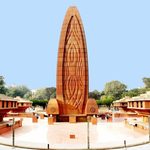 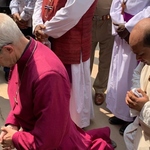 One summer day whilst wandering around London with my camera, photographing historic landmarks, I thought I would go to Lambeth Palace and take a photo, maybe even a ‘selfie,’ if a passerby would oblige, or maybe a photo of me with the Palace as a backdrop. But upon arrival, I was dismayed to find the entrance barred by a huge gate, not only denying access to the uninvited, but totally obscuring the view to streetside onlookers, such as me. Ever an optimist, I thought I would patiently wait, and surely an attendant would open the gate for an outgoing vehicle or a qualified visitor, allowing for a glimpse or a shot of the Palace. No such luck. I waited for a long time and eventually gave up.

The man who lives there

Our niece, Gauri (my sister’s daughter) grew up in Cardiff. She faced tragedy in her life. Her young husband succumbed to cancer very early and she struggled to survive and care for her baby girl. It is a poignant story of fortitude and courage, faith and hope – never giving up. The BBC, Wales invited her to an interview which was broadcast nation-wide. It caught the attention of Archbishop of Canterbury, Justin Welby. The archbishop made reference to her story in one of his writings and invited her to tea at Lambeth Palace.

Gauri later regaled us with her experience of this gracious man, of quail eggs and cucumber sandwiches for tea, and how with great compassion, he reached out to her. While I was thrilled with her wonderful experience, I could not forget the day I stood outside the palace gates hoping, just hoping to get a glimpse and maybe a selfie, and here was my niece invited to tea by the man who lived there.  I was happy for her but a part of me couldn’t help but thinking, “Life is not fair!” It was a Sunday, April 13, 1919, and people had gathered together at Jallianwala Bagh (a park), to enjoy the spring sun and celebrate Baisakhi, the spring festival. These seven acres of greenery, a small oasis amid a bustling city, belonged to the wealthy Jallianwala family, and was situated close to the Golden Temple, the holiest shrine of the Sikh faith, located in the city of Amritsar. Families and friends who came to worship, often went there to relax and share a meal in the outdoors. The Park was totally enclosed with high walls on all four sides with just one narrow gate.

At that time the word genocide was not part of our vocabulary – it was coined in 1945; but the Armenian massacre (1915 -16) was still fresh in the psyche of a world that had decided to look the other way.  Brigadier General Dyer, the station commander, suspecting insurrection, marched with 80 riflemen, including two armoured cars with machine guns, positioning them at the narrow entrance. He ordered them to fire, without warning, on a group of defenceless and peaceful people, that included, elderly women and children. The gunfire only stopped when they ran out of ammunition – 1650 bullets were fired, and the bullet marks remain preserved on the walls to this day.  There was no where to run or hide. Some desperately tried to climb the high walls, clawing in desperation only to lose their fingernails. There was a well in the park and many tried to escape by jumping into it – 120 bodies were later removed.  Those of you, who have seen Richard Attenborough’s ‘Gandhi’ will recall the horror of the massacre at Jallianwala Bagh portrayed so realistically in the film.

Justice, on that day did not roll like a river, but rather wept torrents of grief. It was a pivotal moment in India’s struggle for independence. Rabindranath Tagore, Poet laureate, Nobel Prize for literature 1913, renounced his knighthood and honours that the British Government had bestowed on him. Many other luminaries also gave up their honours. Gandhi who had rather modest goals of seeking dominion status for India on similar lines as, Australia, Canada etc., now decided to seek full freedom.

In 1980, on a family holiday trip to Kashmir, we stopped over at Amritsar to visit Jalliawala Bagh. I wanted our children to know about the brutal man, Brig. General Dyer, now known in history as ‘the butcher of Amritsar,’ who forgot his humanity, with the results being 1,050 defenceless souls losing their lives. There is an eerie silence there that compels you to listen, to hear the haunting cry of the dead on their dying lips, “Why?”

Dignitaries on state visits to India, often go to this shrine to lay those obligatory wreaths and stand in mournful silence – it is always a moving experience. Amongst the many distinguished visitors from all over the world have been HM Queen Elizabeth with HRH Prince Philip, British Prime Ministers, David Cameron and Theresa May. However,  the British Government has been unable to ask for forgiveness for this dastardly act, because temporal justice is retributive justice, and an official apology may involve unacceptable monetary compensations.

Justin Portal Welby enthroned as Archbishop at Canterbury Cathedral on March 21, 2013, is 105th in a line that goes back more than 1400 years to Augustine of Canterbury, the ‘Apostle to England’ sent by Rome in 597 BCA. He is the Primate of all England, and primus inter pares (first among equals) of the world-wide Anglican communion of 80 million – the third largest Christian body, after the Roman Catholic and the Orthodox Churches.

In September of 2019, Archbishop Welby visited India and made a stop at Jallianwala Bagh. As walked the garden, he saw the bullet holes in the wall, and knelt and prayed. As he approached the newly built shrine, he surprised and startled his retinue, by prostrating himself on the ground, a picture of abject contrition, asking God for forgiveness. “In your mercy remember me, Lord because of your goodness. (Psalm 25.6-7)” – a picture that had an indelible impact on the hearts and minds as it was headlined in Indian newspapers and witnessed on national TV. He said:

“The souls of those who were killed or wounded, of the bereaved, cry out to us from these stones and warn us about power and misuse of power. I cannot speak for the British Government … but I can speak in the name of Christ and say this is a place of both sin and redemption, because you have remembered what they have done and their names will live, their memory will live before God. And I am so ashamed and sorry for the impact of this crime committed here.” To ask forgiveness is quite easy, when it is mere words. But forgiveness has an element of atonement, of contrition, of weeping with those who weep, and to feel the pain of those who suffer. Justin Welby by assuming that posture for prayer was asking for justice, not the retributive justice that the world demands but restorative justice which God requires; a justice that is available in the Kingdom of God. It was through Jesus that God’s justice was announced, that everyone may have abundant life.

This is the gospel of Christ.