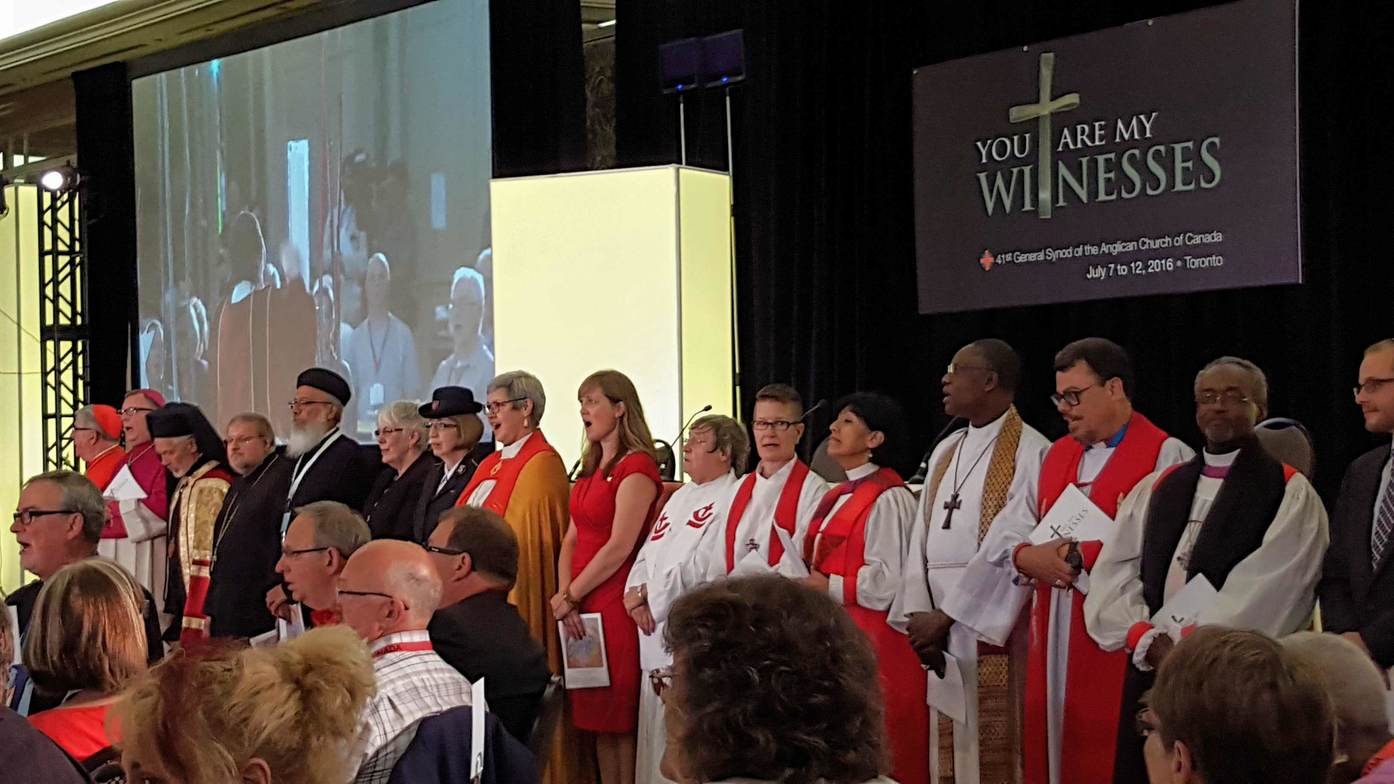 The delegation from Diocese of New Westminster have all arrived here at General Synod, including Bishop Melissa, Dean Peter, Archdeacon Douglas, Archdeacon Lynne, Abby Cline, Cameron Gutjahr, Melanie Delva and your scribe for day one - Rob Dickson. There are other members of the Diocese here also in various volunteer capacities, such as Caitlin Reilley Beck with youth and music, Margaret Cornish with Global relations and Simon Johnston.

Delegates were warmly welcomed at the airport with good transportation arrangements. We were quickly bussed through Toronto to Richmond Hill. Arriving at the site of General Synod we were met with check-in and then Synod registration. The Diocese of Toronto volunteers have been very welcoming.

It has been good greeting old friends, people we know by voice from teleconference meetings, and many new people from coast to coast to coast.

The afternoon quickly filled with some initial committee meetings and the orientation meeting explaining many aspects of the event, such as the voting clickers and the iPads that everyone was given which contain all that we need and more for the Synod.

Archdeacon Lynne and 8 others found out that elevators sometimes have issues! These poor folk were stuck in a stopped elevator, unable to exit, for an hour and  a half. The fire department and the hotel service department finally rescue them- not a moment too soon!

Dinner was early but very good and then we moved into the opening worship service.
The worship service opened with a very full procession lead by eighteen people carrying very tall stylized shepherd crooks, many clergy including about eighteen ecumenical visitors and visitors from the Anglican communion in Cuba, Brazil, The Episcopal Church of the USA and the Anglican Communion Office. Our Primate, Archbishop Fred Hiltz was the celebrant and preacher. He spoke stirringly of our community needing to connect in prayer, in person, with others at this meeting particularly those might not agree with on some significant issues.

There was a very moving dance presentation by the L'Arche Daybreak Community of Richmond Hill that many will certainly take away as a key memory of the opening worship. Prayers were offered in many languages.

The Diocese of Toronto, hosted by Archbishop Colin Johnson, welcomed all delegates and observers to a wonderful opening reception. There was food from the West Indies, China and other cultures and live music which set  a tone of celebration. It was another opportunity to meet new friends and connect with others from past gatherings. Finally it was time to head to bed with a busy, full agenda ahead.