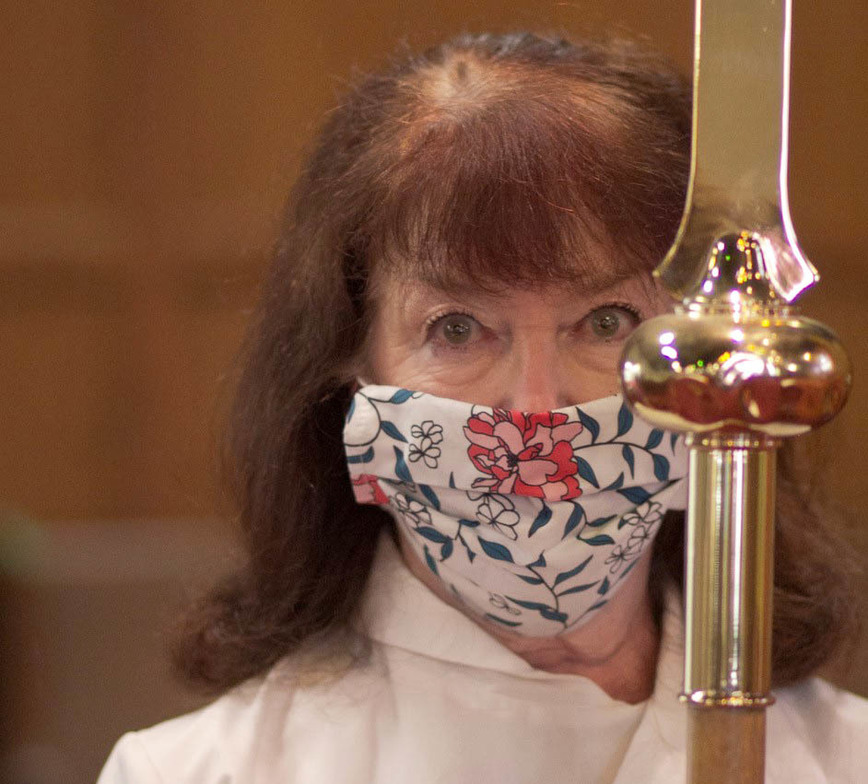 On September 20, almost six months to the day after that last Sunday when we gathered together for worship, All Saints', Ladner held its first in-person Eucharist, at 10am. My wife and I attended. It was an odd experience, I have to say. A limited number of parishioners; masks all round; no singing; sitting miles apart, couples in their "bubbles". All as prescribed by Archbishop Skelton with her team of clergy and lay providing oversight and support for parishes returning to worship, and of course, The Good Doctor. My wife and I sing in the choir. We took our seats in the choir stalls; we were alone there, save for our Music Director, Rob Gloor. He was quietly playing an instrumental version of “All Are Welcome." Later in the service, he sang: the only one allowed to do so. He has a lovely tenor voice, but it felt more like we were listening to a performance than participating in a sacred ritual. He played other pieces throughout the service, of course, but again, we had to simply sit and listen.

Receiving Communion was very Catholic: host only; no wine. Single file to the priest, then walk smartly back to your seat. All a bit stiff, but that said, almost everyone took Communion. There was a cosy familiarity about the way that Liz McDonald made her annual announcement about the Ride for Refuge. It will go ahead this fall, but in a very different format. After the worship, I asked Sheryl, who was serving in the liturgy as crucifer, if I could take her photo. Later, when I close-cropped and reviewed it, she reminded me of someone at a protest rally, or perhaps a warrior carrying a halberd. (title photo)

I'm glad that I was there September 20: there was something comforting about being back in the pews. Seeing familiar faces, or as much of them as can be detected above a mask. The biggest surprise for me was the number of people who were not in attendance. Clearly, there are a number of “the regulars” who will not return until they feel that it is safer than it is now and that makes very good sense as the overall goal here is to keep people safe, healthy and flatten the curve of infection. But, it’s entirely possible that we will not see them in person until a reliable vaccine is available.

Meantime, we’ll manage as best we can, trying to figure out just whereabouts on the spectrum we will eventually find our new normal.

A New Vicar for Christ Church Cathedral Episcopal Visit to St. Andrew’s, Langley I called, but no one answered