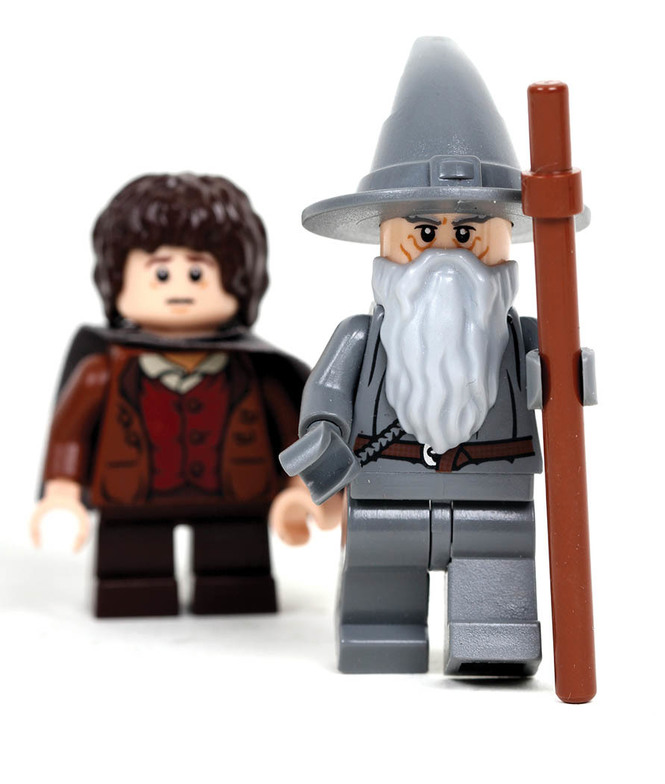 One of the joys of ordained ministry is that you can find yourself baptizing your own great grandchildren. For me those joyful occasions were a few years apart but, on each occasion, when someone gingerly lifted a great-grandson into my arms, I was struck by an intriguing thought.

As I held these children - remember, not at the same time! – I realized that in each case I was in the presence of a time traveller newly arrived from the future! After all, why not? Just as there stretches a long road behind me into the past before both of them the future stretches away into the 22nd century.

At one point in the service I said a prayer that asks God for four gifts for a newly baptized child.

While saying the prayer, I found myself thinking about the meaning of this ancient rite of Baptism.

First I recalled a small book I had read many years before for our son Niall. The title was “Johnny and the 6 Dreadful Giants”. Johnny gets a letter from the King inviting him to visit the King’s castle. The journey is long and dangerous, so the King sends Johnny a sword. Johnny does indeed have many struggles before he reaches the King’s castle.

There are many such stories where the young traveller is given something for the journey. In Tolkien’s “Lord of the Rings” the wizard Gandalf gives Frodo a ring of great power. In the Harry Potter saga, the giant Hagrid takes Harry down a perfectly ordinary street. Suddenly they walk through a wall into another world, where Harry receives a Wand for his coming journey.

So, I thought, we now have a sword for Jimmy, a ring for Frodo and a wand for Harry. What do we have for James and Emma on their baptismal day, the first day of their Christian journey?

I think we give James and Emma something powerful, beautiful and eternal. We give them a story. This is significant because James and Emma have set out on the journey of their lives.  We know that at some point they will ask the biggest question we can ask as human beings.  They will ask, “What is the meaning of my life”. It may come in teen years or in young adulthood. When it does come, those who love them have a sacred duty to tell them the story as they themselves understand it and have tried to live it.  Here is my effort to tell such a story when the right time in life comes.

Dear James and Emma, a long time before you started the journey of your life, someone did the journey before you. His name was Jesus of Nazareth. He lived a life that was fully human but of extraordinary spiritual power. Even when he died at the hands of his enemies, he remained alive in the hearts and experience of his friends.  This has continued down through time to this moment in which you and I are thinking about him.

Thanks to four short books written about him, we know much about Jesus. For instance, we know that he had wonderfully honed gifts for healing human suffering. He had a dream of a just and fair world that drew people to him. That dream or vision he called the Kingdom of God. He gave us one command – devastatingly simple but deeply challenging – that we love one another.

Because many followed him, Jesus also had enemies, and because of them he died on a cross. However, after he died his friends knew him to be alive in their hearts. It seemed that Jesus’ life was a kind of light that nobody could put out.

One important thing you need to know. Just before he was tortured and executed, Jesus invited his friends to a meal. At that meal He said many things, but he especially said three things. He said that anyone who followed him would always be his friend. He said that whenever his friends would share the simple meal of that evening, he would be there among them, and he asked them to tell others about his dream for a world of justice and love. You and I can share that meal every time we share Bread and Wine in Church.

By the way, don’t forget those four spiritual gifts. An enquiring heart: Courage to persevere: Love for God: Joy and Wonder. Check them because there may come a time in your life when you will long for those things more than anything else in the world.

I hope someday you may find yourself telling this to someone you love very much, as I love you.

As you know, a story can be told many ways. The story I have imagined my telling an older James and Emma is the way that one great-grandfather would tell it. You tell it your way. The really important thing is that the story never be forgotten.