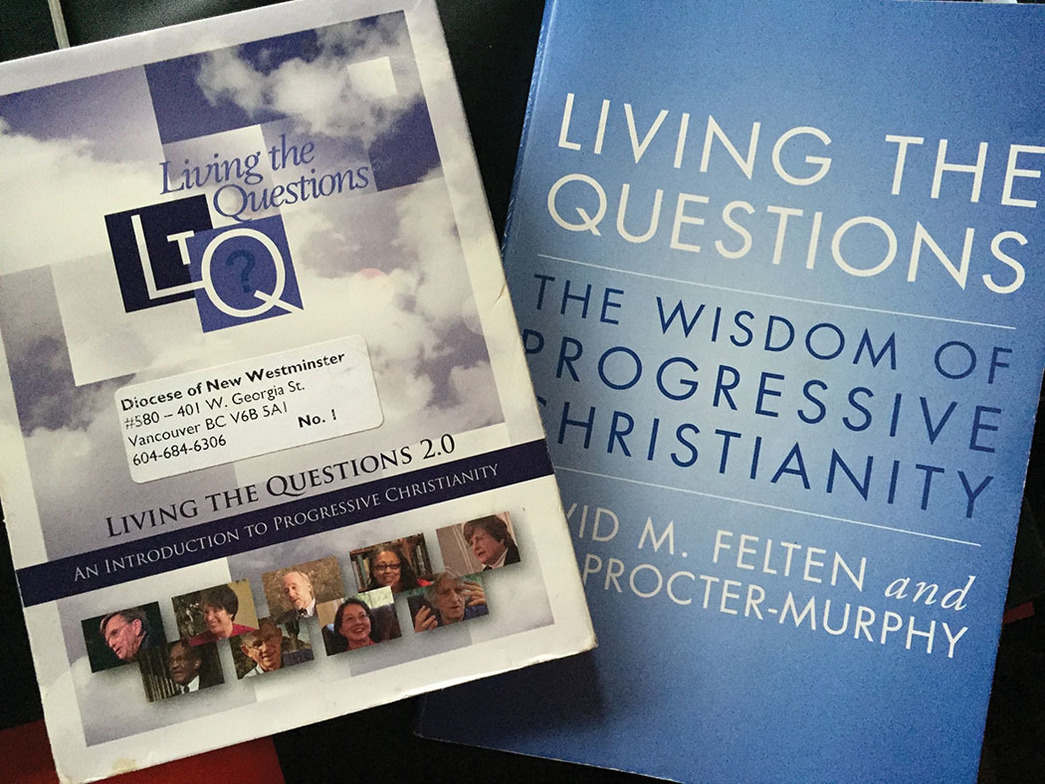 This is one of an occasional series of posts from the members of the Christian Formation Subcommittee, whose joyful task it is to explore and report on resources that promote the spiritual growth of adult parishioners. More information can be found on the Adult Christian Formations page of this website.

Many of us remember the boom times of the Alpha course, during which you could seldom drive 10 minutes without seeing at least one church banner inviting people to the popular program in which the basics of Christianity were discussed over a meal and video.

Some Anglican churches in our diocese took part; most did not. Many would have preferred a series less fundamentalist in its presentation of the faith. Regardless of the rationale, this decision meant a lost opportunity to reach people from the wider community who were curious to learn more about Christianity. There have since been a number of programs published that offer a broader spectrum of theological approaches, and one of these is Living the Questions: The Wisdom of Progressive Christianity.

This series, which was developed by two United Methodist pastors, was re-issued as Living the Questions 2 (LTQ2) in 2007 and further updated in 2011. A small group of varied-demographic parishioners from a parish in our diocese,  St. Clement’s, agreed to meet for supper and take part in the introductory session in an attempt to gauge whether it might make a good Christian Formation resource for people who are comfortable with open-ended questions and less enthusiastic about single-note answers.

DVDs available on loan from the Synod office.

The Test Session: “Invitation to Journey”

Each of the 21 sessions features a DVD presentation divided into four or five chapters that together total about 20 minutes. Pauses between the chapters provide space for the group to consider the discussion questions provided. We watched the first session only.

The Feedback from Participants:

Instead, our “test group” would have preferred questions that elicited reflections from our personal experiences: How well do we at St. Clement’s do in making room for diverse voices? Is it OK to be “fundamentalist” on some things? How comfortable are we, personally, with the “I don’t knows” of progressive Christianity? How can we better listen to those we disagree with?

Identifying these questions for ourselves was one of the more enjoyable and productive parts of the evening.

All that being said...

While this would not be the first resource we would reach for if we wanted to offer participants a discussion group reflecting an inspiring, balanced view of the Christian faith, it is certainly not without merit. Many of the “big names” of progressive Christianity offer their thoughts, and the sections on Journey, Reconciliation and Transformation include interesting chapters with such titles as “The Myth of Redemptive Violence,” “Practising Resurrection,” and “Evil, Suffering, and a God of Love.”

Our best advice is to purchase the Living the Questions book by David M. Felten and Jeff Proctor-Murphy, which closely mirrors the content of the DVD series and accompanying written material. The volume can also be had on loan from the Synod office. The book might well be enjoyed by an individual (on its own or in tandem with the DVDs) or it could form the basis of a worthwhile parish book study, perhaps minus the DVDs and with the addition of free-form questions that reflect the local context and the interests of the group.

Have you participated in an adult formation program that you would recommend to others? Please share your thoughts with the Rev. Jessica Schaap, Missioner for Christian Formation, by email or calling 604-684-6306 ext. 225.