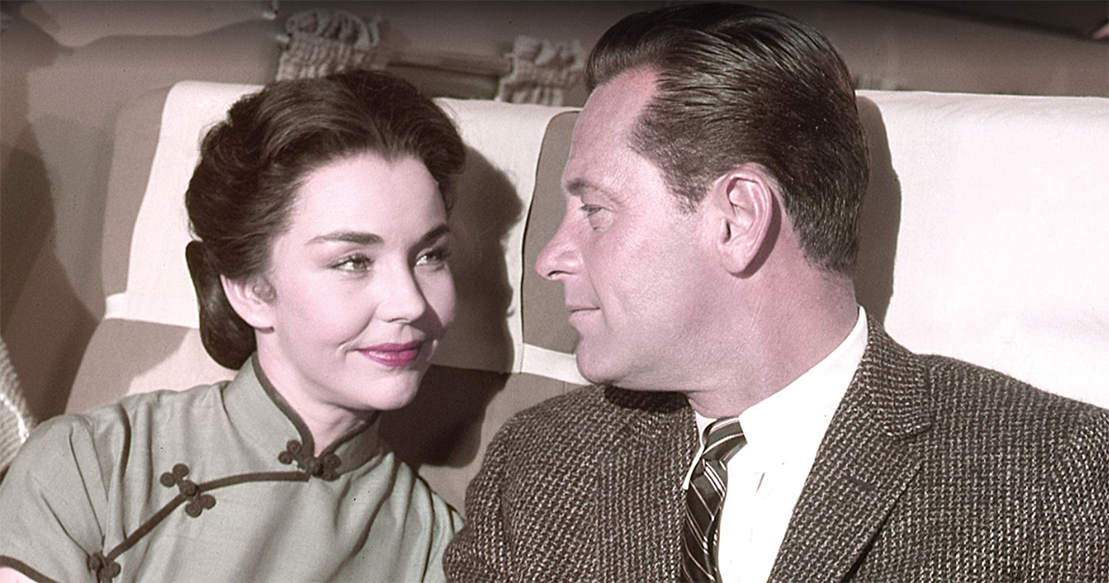 You may remember this as the title of song in a long ago movie of the same name.  The stars, as we used to say, in the movie were William Holden and Jennifer Jones. The other day I found myself humming the melody, and since a remembered melody is a sure way to open one’s memory banks, I found myself recalling two quotes I had saved, two beautiful expressions of human love.

As you well know, the fact that something is long ago does not mean it cannot become a gift again when you rediscover it in your study or wherever.  For a fair number of years I have been adding to what is now a sizable personal anthology of both prose and poetry.  So without more ado, I reach for one of the no less than five large three-ringed binders.

Here we are, under the L’s. Madeleine L’Engle was married to Hugh Franklin for many years. After he died she used that experience of their years together as the basis for one of her many books. She called it "Two Part Invention; The Story of a Marriage."

When you come to think of it, that title “a two part invention”, defines exactly what a marriage must be if it’s to survive. Here is a short extract …

“Our love has been anything but perfect and anything but static. Inevitably there have been times when one of us has outrun the other and has had to wait patiently for the other to catch up . There have been times when we have misunderstood each other, demanded too much of each other, been insensitive to the other’s needs. I don’t believe there is any marriage where this does not happen. The growth of love is not a straight line, but a series of hills and valleys. I suspect that in every good marriage there are times when love seems to be over. Sometimes these desert times are the only way to the next oasis, which is far more lush and beautiful after the desert than it could possibly have been without it. “

The second thing that I brought up from the depths of my study is from a book called "Mortal Lessons", written by a surgeon named Richard Seltzer, who also had a gift for reflecting on the human condition.

He describes a visit he made to a young woman he had just operated on. When he arrived in the ward she was just waking from surgery. Sitting by the bed, holding her hand was her young husband. They had been married a very short time.

The surgery had entailed severing a tiny but significant nerve that affected the muscles of her mouth.  As surgeon Seltzer had made every possible effort to follow the curve of her flesh so that he could remove the tumour, but it was simply not possible to avoid severing this tiny twig of the nerve.  As a consequence her mouth was twisted.

The young woman spoke, drowsily and indistinctly. “Will my mouth always be like this?” “Yes”, Seltzer said, “it will. It’s because a nerve has had to be cut”. She nodded and was silent.

Very quietly, her husband broke his silence . “I like it” he said, “Its kind of cute”. Then getting up from his chair he bent over his wife to kiss her now crooked mouth. As he did so Seltzer could see that he twisted his own lips to accommodate to hers, showing her that their kiss still worked.

In his book, Seltzer speaks of this moment as unique in his experience.  He found himself recalling the ancient Greek belief that the gods were known to appear as mortals, and he let the wonder of the moment hang in the silence of the dimly lit ward.

Two moments of human love as “a many splendoured thing”. As I replaced the original quotes in the large ring binder I resolved to take it from the shelf more often so that together we may share other wonders.