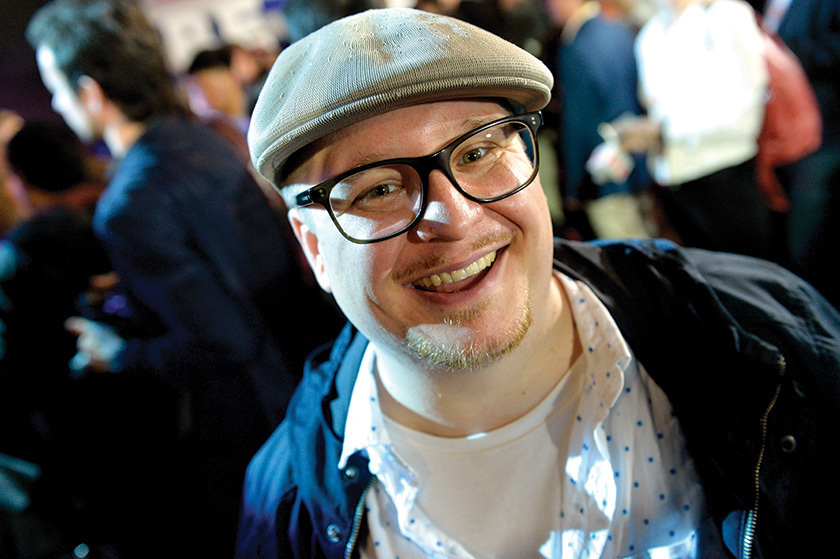 When I was a child, several times every day, sole responsibility for the lives or deaths of everyone I knew rested on my shoulders

Suffering from obsessive-compulsive disorder (OCD) that wouldn’t be diagnosed for about a dozen years to come, any time my little ears picked up on the sound of an emergency vehicle’s siren, I was compelled to pray, entreating God that the ambulance or firetruck or police cruiser not be heading for anyone I knew, or, for good measure, anybody that they knew, either. If the next day I learned that a friend, or a schoolmate’s parent, or an acquaintance, had died despite the efforts of paramedics, it would be my fault.

After a long day of saving lives in this manner, before I laid down to sleep, I had to ask God again to care for those who had died — like my Mom, whom (purely coincidentally) paramedics hadn’t been able to save, or any friends or family members who had passed on; soon, the list of lost souls on whose behalf I was personally responsible for petitioning the Lord grew to include strangers I read about in the news, and bedtime became an exercise in anxious dread and delayed rest. It never occurred to me to ask why the heavenly rewards of the eternal afterlife required nightly renewal, with the Creator of the universe waiting patiently for a preteen boy in suburban Vancouver to vouch for the souls of the departed.

Religious experience is often one of the first dimensions of human life invaded by mental illness. We tend usually to associate the problem of these worlds bleeding into each other with psychosis, schizophrenia — my colleagues in the world of stand-up  comedy have often been keen to snickeringly point out what seems like the very fine line between, for instance, talking to God on one hand and yelling at demons on the other. Depression, too, can be identified by the layman (or lay minister) with the nihilism of godless desolation — one of the very last feelings without a representative emoji. (For the record: prayer alone can’t cure depression any more easily than it can cure strep throat. Trust me when I tell you that God would want you to see a doctor.)

But in OCD, unhealthy attitudes, rituals, and compulsions can alloy so closely with genuine spiritual feeling that they can become nearly indistinguishable from each other — with the consequence that instead of experiencing the love of God and the release of prayer, faith becomes an overwhelming burden. In the special subset of the disorder known as primary obsessions OCD, in which patients (like, sigh, me) suffer from repeated, unwanted, and intrusive thoughts, blasphemy is one of three major thematic groupings for distressing thought content (the other two being violence and inappropriate sexuality). So again, as a small child with no idea what was happening, I was beset by thoughts like “I hate you, God!” which would leave me panicking, trying desperately to come up with some way of showing God that, in fact, I loved Him (by now it should be clear that I’m not one of those guys who looks back upon childhood with any patina of warm nostalgia; to every thing there is a season — thank God).

I was a cradle Anglican almost by literal definition: my baby carseat was placed in the manger in the middle of the Nativity pageant at All Saints’, Burnaby in December, 1980 (though I was almost six months old, my agent insisted that I could play much younger, even newborn). But like many young people unprepared to read Scripture as allegory or metaphor — and who therefore reject Christianity with the same Dawkins-style sophistication of someone who spurns the poetry of e.e. cummings because duh, the rain doesn’t even have hands — I drifted from the church during adolescence. But part of what kept me out over the course of my adulthood was an inability to keep OCD and religion in separate mental columns.

When I would brush up against belief in God — like, say, in the handful of twelve-step meetings that I attended for other stuff — it would almost immediately get braided back in with the sort of magical thinking associated with my disorder. That’s partly because, culturally, we don’t really know anymore how to talk about God, or Faith. People at twelve-step meetings, for instance, often say seemingly-benign things like, ‘Oh, my Higher Power needed me to hear a Step Seven reading today,’ or, ‘I opened the Big Book at random and came across a passage my Higher Power knew I needed to read.’ This isn’t God as the mystical and mysterious fount of sacred creation in a contingent existence; this is a Roomba god, a god-as-an-app-for-that. It’s dangerously close to the kind of god you need to ask to rush to the site of a car crash ahead of the ambulance, to make sure it isn’t anybody you know who got hurt.

Being born in 1980 means that I also grew up in the era of a fundamentalist return to dogmatic, infallible scriptures: particularly those of Milton Friedman and Friedrich Hayek. In the era of capital’s exodus from the pharaohs of labour law, environmental regulation, and financial oversight, there was no unit more sacred than the individual, besides maybe the US dollar. Any sort of bureaucracy or intermediary between the individual and their immediate needs was suspect, a hangover from the bloated century of Soviets and social services — and this went for clericalism, too. Mainline, liturgically-focused churches hemorrhaged membership to more ecstatic consumer-friendly options that promised a personal relationship to God something like having Him in your cellular plan’s free-five calling list, or like those girls in high school who told you that their moms were their best friends. In this new context, common prayer — praying with other people; using words that someone else chose and ordered — seemed suspect. So you spoke to God in your own words, on your own time. And if the distinction between prayer as contemplation and prayer as calling in a request wasn’t always clear, even less was the distinction between serene meditation and compulsive, unhealthy obsession.

Around the world, in the wake of financial collapse and ecological catastrophe, countless millions of people are re-evaluating that individualist model of society. On a note perhaps related, perhaps unrelated, this past year, I’ve finally made a successful bid to re-enter a life of faith and worship in the Anglican Church. And while a number of things have changed this time — I understand Christianity on a different conceptual plane; I’ve had treatment for my OCD; the damage done to my hearing by earbud-style headphones makes it harder to pick up on ambulances; etc. — the main difference is that I have been able, for the first time in my life, to separate prayer from pathology. And I’ve done it by letting other people pick the words.

The Anglican emphasis on liturgy and the language of common prayer has given me a chance to break out of the confines of my own head — it has been sacramental for me in a way that says I’m not alone, that people have been here before me, are here now with me, and that part of God knowing the numbers of the hairs on my head means that I don’t have to worry about them myself.

This doesn’t mean that I’ve abandoned personal prayer — far from it. I have a more consistent and intimate prayer practice than I’ve ever had, in no small part because prayer no longer feels like a compulsive, crushing hardship. But for the most part, rather than holding forth extemporaneously with God, I find the irreducibly personal, idiosyncratic dimension of prayer in the specific inflections I give to, and fresh discoveries I find in, pre-written, pre-existing devotions. I sing the same notes as everybody else holding the song sheet, but the silence of the rests reverberates in a way that only God and I can hear.

It’s so much more numinous than a siren.

Charles Demers is a comedian, author, screenwriter, and voice actor. A regular on CBC radio’s The Debaters,’ his most recent book is the satirical crime novel ‘Property Values.’ He is a parishioner at Christ Church Cathedral in downtown Vancouver, and lives in East Van with his wife and daughter. For anyone suffering from OCD, he would recommend contacting the Vancouver CBT Centre, visiting the Anxiety Canada website, and/or reading the book ‘Overcoming Obsessive Thoughts: How To Gain Control of You OCD’ by Dr. David A. Clark and Dr. Christine Purdon.