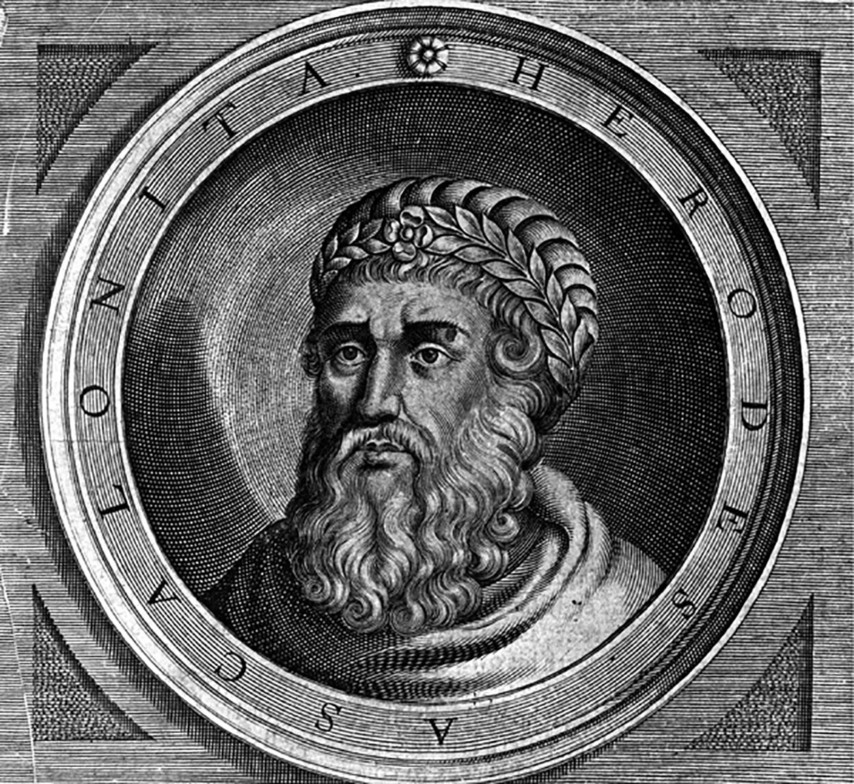 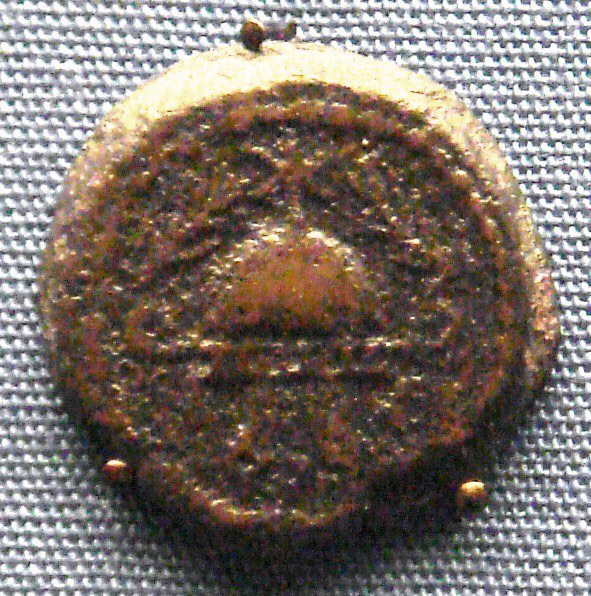 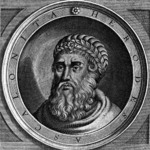 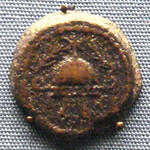 He was powerful, cruel, vindictive, and in his last years, paranoid and dangerous. However he was not known as Herod the Great for nothing.

He built some of the most massive military installations in the Roman empire of his time. He married into one of the most enormous private fortunes of what we today would call the Middle East.  Even his mistakes tended to be larger than life. He made the great mistake of bankrolling the Roman General Antony in the titanic struggle with Octavian for the empire following the assassination of Julius Caesar.  How he survived that error in judgement is itself a testimony to his greatness. We will come to that later.

For now, let’s fill in a few other pieces of the portrait of this extraordinary man. In Christian history his chief claim to fame is his being willing to slaughter a generation of newborns in a northern village of his kingdom, this to ensure that one of them would not grow up to usurp his dynastic hopes.

Herod the Great was actually not a Jew. He was an Idumean from the vast tracts of the Arabian Desert south east of Jerusalem. His being made king in Israel was entirely due to a cold calculation made at a high level in Rome that this powerful and ruthless Arab would be strong enough to rule a notoriously volatile province of the Eastern empire.

Those whom Herod ruled hated him and his family, in spite of some elements of his regime by which they benefitted.  Even by modern standards of city planning and architecture Herod created in Jerusalem something quite extraordinary. Six modern city blocks long, 120 feet high at its south eastern tower, joined to soaring aqueducts bringing water from the surrounding hills, The Temple complex stood blazing white under the desert sun.

Within the vast area the Court of the Gentiles was capable of welcoming the cosmopolitan crowds that packed Jerusalem on the great Jewish feast days. Beyond this there was an area called the Court of the Jews. At the heart of this complex stood the actual Temple, a relatively small building but one of supreme significance. Here was the Holy of Holies, into which only the High Priest entered, and even then only on the highest feast days of the Jewish calendar.

Also within the outer walls of the complex was an area where rabbis were allowed to bring groups of their followers for teaching. One such rabbi from Galilee, Jesus of Nazareth, often used the area for teaching, at times facing vicious and threatening verbal attacks.

All of this architectural glory, as well as the regime from which it had sprung, would one day face the wrath of Rome. About 40 years after that same northern rabbi would suffer a terrible death outside these same walls, Rome would at last tire of the endless volatility of this province. The 10th Legion, stationed in Damascus, would march south to lay siege to Jerusalem, eventually piercing its defences, slaughtering indiscriminately, and utterly destroying the city and its Temple area.

Sometimes the quality of a person can be shown in the way he or she recovers from a misstep or a decision that has had disastrous consequences. Such a moment shows us the resilience of Herod.

In March of the year 44 BCE Julius Caesar was assassinated by his peers in the Roman Senate. Immediately the power struggle began. Two rivals appeared. Octavian, nephew of the murdered Emperor and his chosen successor, and Mark Antony, an army General and Statesman

To finance his campaign Antony borrowed heavily from Herod. At the battle of Actium Antony was defeated by Octavian and eventually, with his paramour Cleopatra, committed suicide. This left Herod to face a now all powerful Octavian, already beginning to deal mercilessly with Antony’s allies.

Herod decided to meet the threat head on. He knew when Octavian would reach Cyprus. Commandeering one of his galleons, he sailed to meet the now Emperor. Octavian accepted Herod’s request for an audience but he did not make the setting an easy one.

Herod dressed in his royal robes. In earlier years Octavian had presented him with a gold crown. With canny thoughtfulness Herod held this crown by his side rather than wearing it.

Octavian, seated at the end of a long hall and flanked by a contingent of his Imperial Guard, forced Herod to approach and to kneel. Herod, knowing that this encounter could mean at best his kingdom and at worst his life, had carefully crafted a single brilliant sentence as his opening statement. It was in fact not a statement, rather a humble request, and it risked no familiarity from past friendship.

“One thing I ask of you, Caesar, that you consider, not whose friend I have been, but what kind of a friend I am capable of being.”

For a long moment there was silence. Octavian  then stood, bade Herod to stand, and signalled to him to don the crown he was holding.

Herod had gambled everything and won. Three weeks later, having sailed with Octavian to the port of Antioch in Syria, Herod and Octavian rode south towards Jerusalem at the head of a regiment of the Imperial Guard, Herod very publically restored to his throne.

As was said of him, Herod the Great was not called great for nothing.