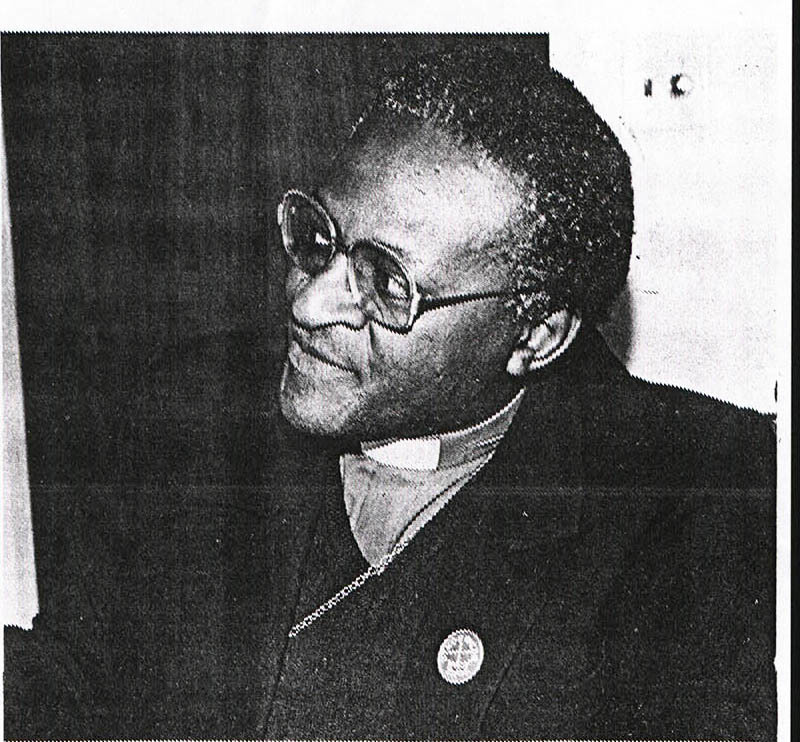 In May 1977,  the late Lyndon Grove, ODNW, then-editor of Topic, the news publication of the Diocese of New Westminster invited me to interview Desmond Tutu, who was then the Bishop of Lesotho (formerly Basutoland). This was at a time when the apartheid regime in adjacent South Africa was effectively suppressing all opposition. Indeed, Nelson Mandela had already served thirteen years on Robben Island after being sentenced to life imprisonment in 1964.

At the time of my interview with Bishop Tutu, I had no idea that seven years later – in 1984 - this forceful, yet modest, man would win the Nobel Peace Prize.

In reflecting on my conversation with this future global celebrity I am reminded of the William Shakespeare quotation, “Some are born great, some achieve greatness, and some have greatness thrust upon them.” Desmond Tutu achieved greatness through his courage in facing up to the unjust and discriminatory laws of the South African Government of the day.

Having followed the subsequent trajectory of Desmond Tutu’s career, it came as no surprise to me to realize that that the man I interviewed over forty years ago was, above all, authentic. At his very core he valued forgiveness and reconciliation, and this strengthened his ability to stand up to the dark forces of racism in South Africa.

It was a humbling experience for me to meet a man of such profound courage, and the memory of conducting that special interview those many years ago has remained with me to this day. 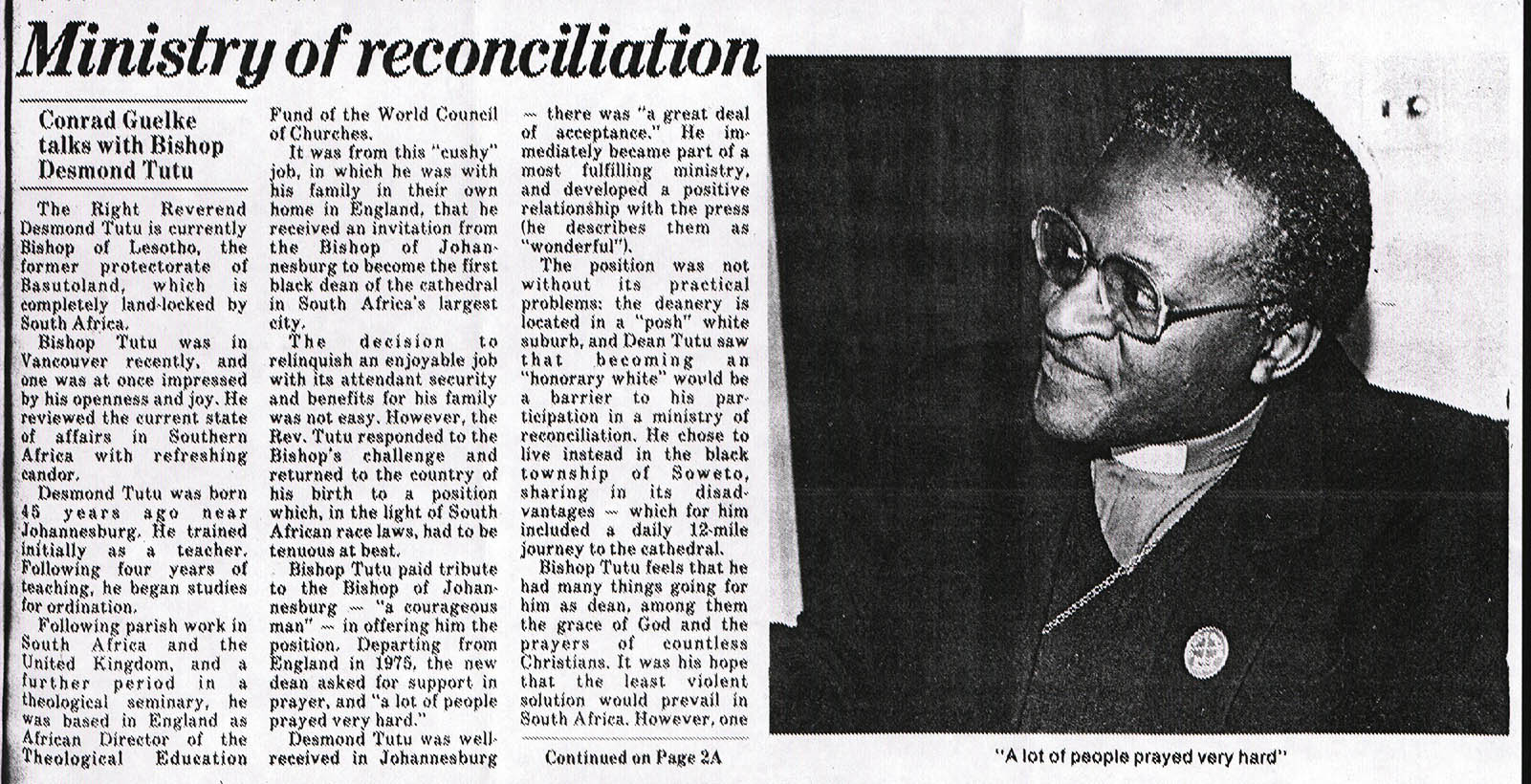 (Conrad Guelke, ODNW is a parishioner at St. Philip, Dunbar, a former editor of Topic and a continuing contributor to diocesan communications)