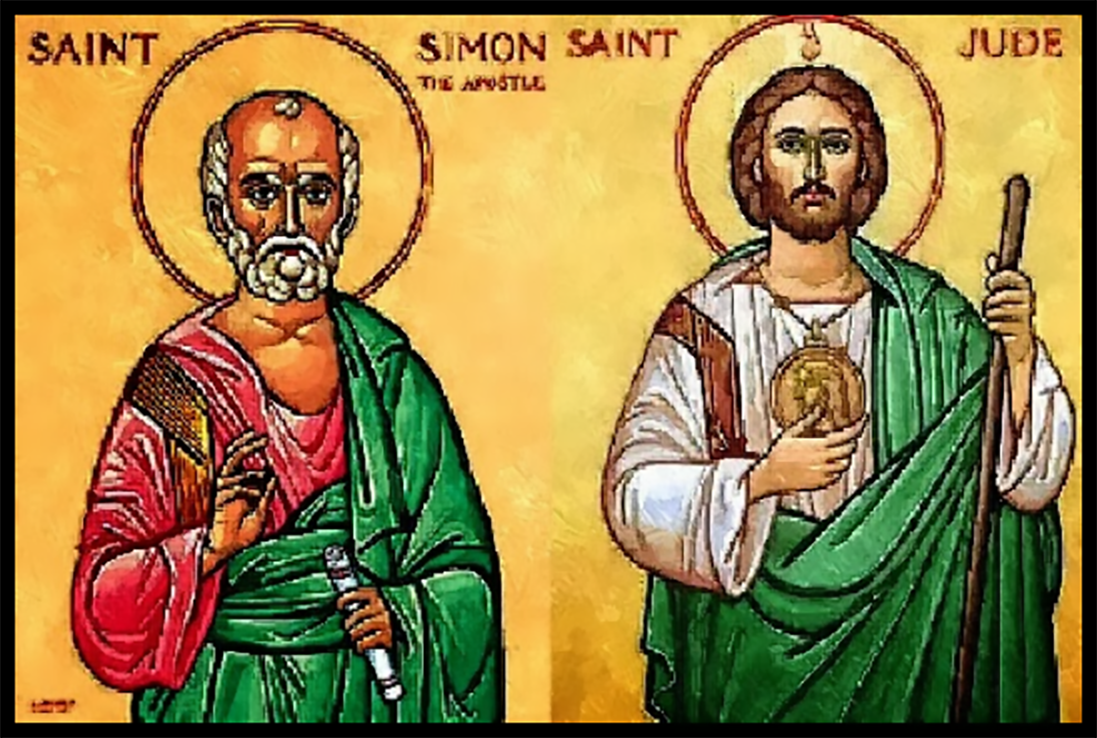 On October 28 we commemorate Saint Simon and Saint Jude, whose names appear in the New Testament on every list of the twelve apostles.

Simon was called “the Zealot,” which suggests that he once belonged to a Jewish resistance movement. Animated by religious fervour, the Zealots used any means, even terror, to over-throw Roman rule and revive Jewish independence. Simon originally may have followed Jesus in hopes that he would “restore the kingdom to Israel.”

Jude “the son of James” was also called Thaddeus. One of the Letters included in the New Testament is ascribed to him; and we hear his voice in Saint John’s account of the Last Supper, where he is distinguished as “the other Judas, no Iscariot.”Judas Iscariot was the disciple who betrayed Jesus, and the fact that Jude shared the traitor’s name made Christians reluctant to ask for his prayers. For this reason Jude is considered the patron saint of what is shunned by the world, especially lost causes and those who suffer from incurable diseases.

The western Church remembers Simon and Jude together because, in the seventh or eighth century, the church of Rome acquired some relics of both apostles and placed them in a single shrine. October 28th is probably the anniversary of the dedication of this shrine.

With so little information to go on, our commemoration of Simon and Jude may be compared to their patronage of lost causes and hopeless cases. It is a little victory against the odds of history. For Christ is often made known by deeds which are recorded nowhere else but in the eternal remembrance of God; and by honouring Simon and Jude today we share in God’s own mindfulness of their apostolic zeal.