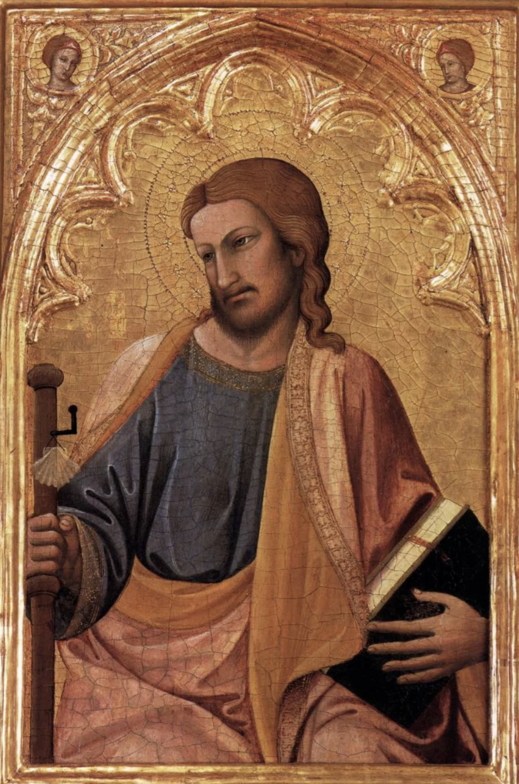 On July 25th we honour Saint James the Apostle, usually described in the Gospels as “the brother of John” but also known as James “the Greater” in order to distinguish him from two other New Testament figures of the same name. He was a Galilean fisherman, and with his brother John he left his home and his trade inobedience to the call of Jesus. With Peter and John he belongedto an especially privileged group of disciples whom Jesus chose to be witnesses of the Transfiguration, the raising of Jairus’s daughter, and the agony in the garden of Geth-se’ma-ne.

James shared his brother’s hot-headed disposition, and Jesus nicknamed the two of them “Bo-an-er’ges,” or “sons of thunder.” They once expressed a willingness to share the cup of Christ’s sufferings, and in the case of James this was realized very soon after the resurrection. According to the Book of Acts, King Herod launched a persecution of the Church and had James beheaded, thus making him the first of the twelve apostles to suffer death for the sake of Christ.

An old legend claims that the body of James was miraculously transported across the Mediterranean in its stone coffin and came to rest at Composte’la in Spain. During the Middle Ages his shrine there became one of the great centres of pilgrimage, and the Spaniards specially invoked his aid to support them in their long struggle against their Moorish overlords. To this day he remains one of the best loved saints of the Spanish people.

On this day in the Diocese of New Westminster pray for the Parish of St. James in Vancouver's downtown eastside (DTES) neighbourhood.