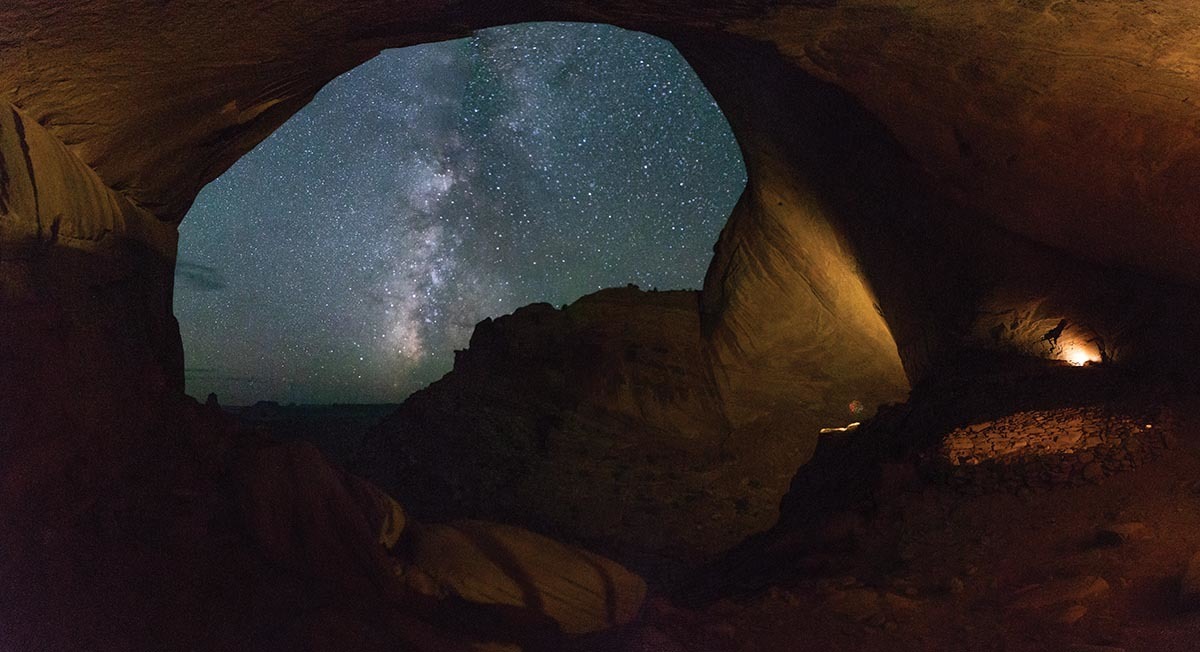 As he strained to close the massive wooden gate of the enclosure, slamming the heavy wooden bolt into its socket, he realized that it was becoming more and more of an effort. For three generations now the family had been custodians of this large walled enclosure built by his grandfather on the edge of the village.

The old man, then in his prime, had seen a business opportunity in the fact that many of the caravans out of Jerusalem came through the Bethlehem area, often needing a night’s stopover. Over the years the business had prospered. Samuel himself had taken it over when his father was severely injured while helping to deal with a restless angry camel whose inexperienced driver had tried to lash into submission.

Samuel had been a mere seventeen-year old, able however to take over the formidable chores each morning as the caravans set out, leaving behind the filth and stench of the night, both human and animal.  Now, even though a healthy fifty-five-year old, he knew that in the absence of a son, time was nearing for selling the business.

The memory of his father’s injury brought back another memory, something that had happened a few days later. His father had been at home trying to recover from the injury he had received. Samuel had had to take over organizing the nightly arrivals, deciding where to allot space, settling arguments between camel drivers, making sure everyone paid for the night’s lodging.

Samuel recalled that that evening long ago had been unusually busy. The census ordered by Rome had countless people on the move. He mother had come from the nearby family home to help him.

At a late hour there came a knock at the gate. When he went to check he was astonished to see a man standing at the head of a donkey on which sat a young woman obviously in the late stages of pregnancy. Both were utterly exhausted. The man begged to be given shelter for the night.

Samuel was appalled. He could not possibly find space for a young woman late in pregnancy among the heaving, drinking, swearing mass of humanity and beast behind him. Yet he could not bring himself to turn the pathetic couple away.

Just then his mother, who had been assisting him with his chores, came from behind him and went immediately to the young woman. They had a short murmuring exchange after which she turned and beckoned to Samuel.

South of the village, on the ridge that looked east out over the Judean desert, Bedouin families had their herds of sheep and goats. Each family had their large goatskin tent as living area, but each also had use of one of the many caves in the limestone ridge of the escarpment. Samuel was given the name of a particular family. He was to go immediately. His mother would follow with the travellers.

When Samuel made his request of the family their response was immediate. The cave, warm and sheltered from the night, was cleared to make some space. Its floor was swept. Straw, sweet smelling and dry, filled the byre to form a bed. All was ready when the travellers arrived with Samuel’s mother. She immediately directed Samuel to return to the enclosure in case of any trouble. She herself would stay.

Later she would do the age-old things that must be done to give us birth. When she at last placed the tiny body on the girl’s breast she asked if they had decided on a name. The man said softly “His name is Jeshua”.

Far down on the fields below the escarpment some shepherds noticed a light in one of the caves. It was unusual for a cave to be lit in the night hours so they decided a few of them should go and investigate. Above them the desert sky sang with a thousand glittering stars…

(Thanks to both Richard LeSueur and John Barton for background information that made this telling possible. Luke in his Gospel never meant the Greek word he used -  katalumati – to be understood as in any sense an inn as we know it. . It was a place where “one lets down ones harness and baggage for the night, a public caravansary”. No wonder the young custodian of the camel enclosure was nonplussed by Joseph’s desperate request for shelter. The stable that was found was far more like an inn, clean, warm, welcoming.  When Jesus told the story of the Good Samaritan and wished to refer to an inn as we today understand it, he used the Greek word - pandocheion.)

This piece was originally published in the December 2020 issue of Topic, the publication of the Diocese of New Westminster, published 8 times a year and available by subscription as a section of the national publication, The Anglican Journal