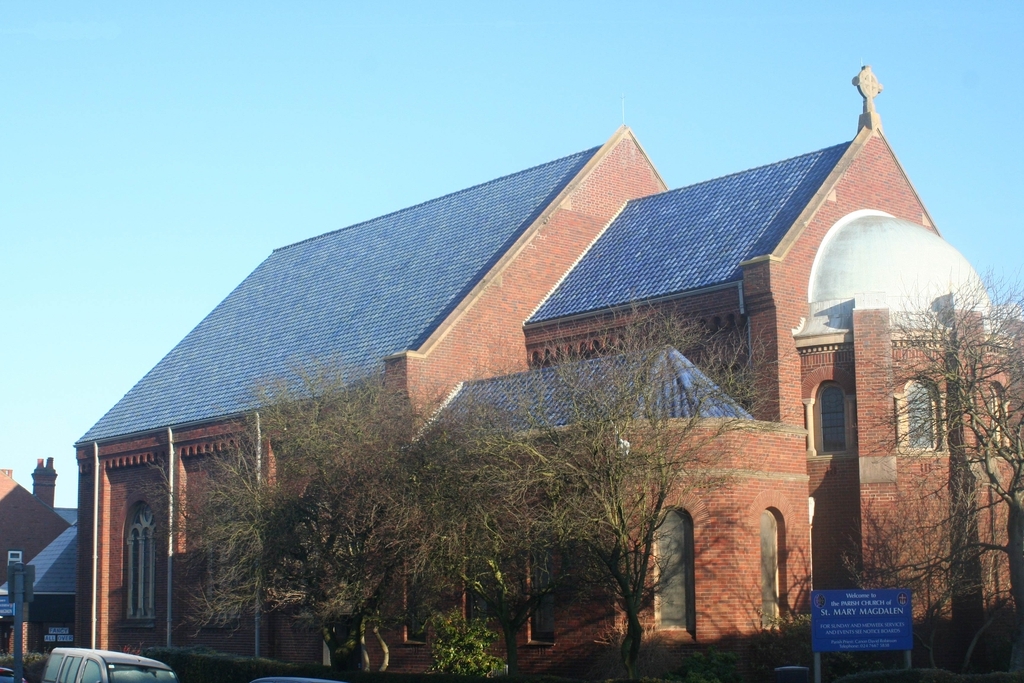 In the Anglican parish where I grew up, the keeping of saint and red letter days, was an important aspect of the congregational life.

The Feast of the Presentation of Christ in the Temple (Candlemas) was no exception. The church, dedicated to St. Mary Magdalen*, was built in the 1930’s in the former watch making district of Coventry, England. In the high church tradition, the parish had three Eucharists on Sunday, most days in the week and the red letter days these were sung with an array of servers and plenty of incense. Certain servers prided themselves on extra incense! We would have a sung Eucharist with a full choir and servers on such occasions.

At the entrance to the chancel at the head of the nave a large wooden frame (octagonal if memory serves) which held two rings of candles which were lit on such occasions as Candlemas. Before and after each service this structure was hoisted up and down to light and extinguish the 20-30 candles. This provided part of the theatre of the service with processions, singing, incense, colour …

As I spent the first 23 years of my life in this parish (where my dad was the Vicar); it played a significant role in my formation on the path to ordination.

One of the features of the Church is the Lady Chapel (dedicated to Mary, mother of Jesus) which houses stained glass, not in the traditional Gothic style but more with a Byzantine influence, as specified by the architect.

What is especially interesting is that all the windows depict women of the Church, namely … St. Bridget of Ireland, Joan of Arc, St. Margaret of Scotland, and St. Osburg. The latter is the only English woman depicted, who founded the first religious house in Coventry in the 11th century.

As a young person I remember attending an hour of the all-night Gethsemane Watch between Maundy Thursday and Good Friday. My friends and I would pick early morning (not too early) and then get Hot Cross buns from the bakery across the street. My family lived next to the Church and across the road from the bakery, whose family were friends.

The church was very central to my life and not just because my dad was the priest. We had Youth Club and trips, and the Choir (of which I was part) sang Evensong in a number of Cathedrals over the years. We also loved weddings, six one day if I recall as we were paid! I was a wolf cub as well as serving on occasions. I recall Clergy Deanery Breakfasts in the Church Hall and the Christmas party at our home. The Parish Council sometimes met in our home (we had to move the tv) and my mother despaired of the cigarette smoke left behind the next morning.

In those days the keys to the Church resided at the Vicarage. So often people came to our door to get the key for Church. For the longest time the church remained open and one day some folks came in and stole the large ladder. Later (and you can tell this was a long time ago) I saw two people enter the church and followed them; they were two detectives come to investigate the theft!

Perhaps most striking looking back was how ordinary this life seemed. It had its moments like when someone threw a milk bottle through the front window and another time our house was burgled when we were on vacation. However the life of a priest seemed one worth living. My dad never took his day off (I noted that and do) and he was tired on vacation as he caught up with sleep and rest. However he took us out in the car on Sunday afternoons and generally did his best, but my mother did the heavy lifting on the domestic front. One Sunday afternoon we came back from a visit to a nearby ford where we often got ice-cream. There was a crowd of people waiting outside the church. They were there for a baptism (of which there were dozens each year) and the helpful Vicar’s son had put the baptism form (which had come through the letter box) on the wrong pile in his study!

It was a good life and my time in that parish began when I was six months old and ended three weeks before I went to seminary. I am so grateful to my parents, siblings and the people of St. Mary Magdalen for a formation that led to my ordination.

Photo source, the Church of England "Church Near You" webpages