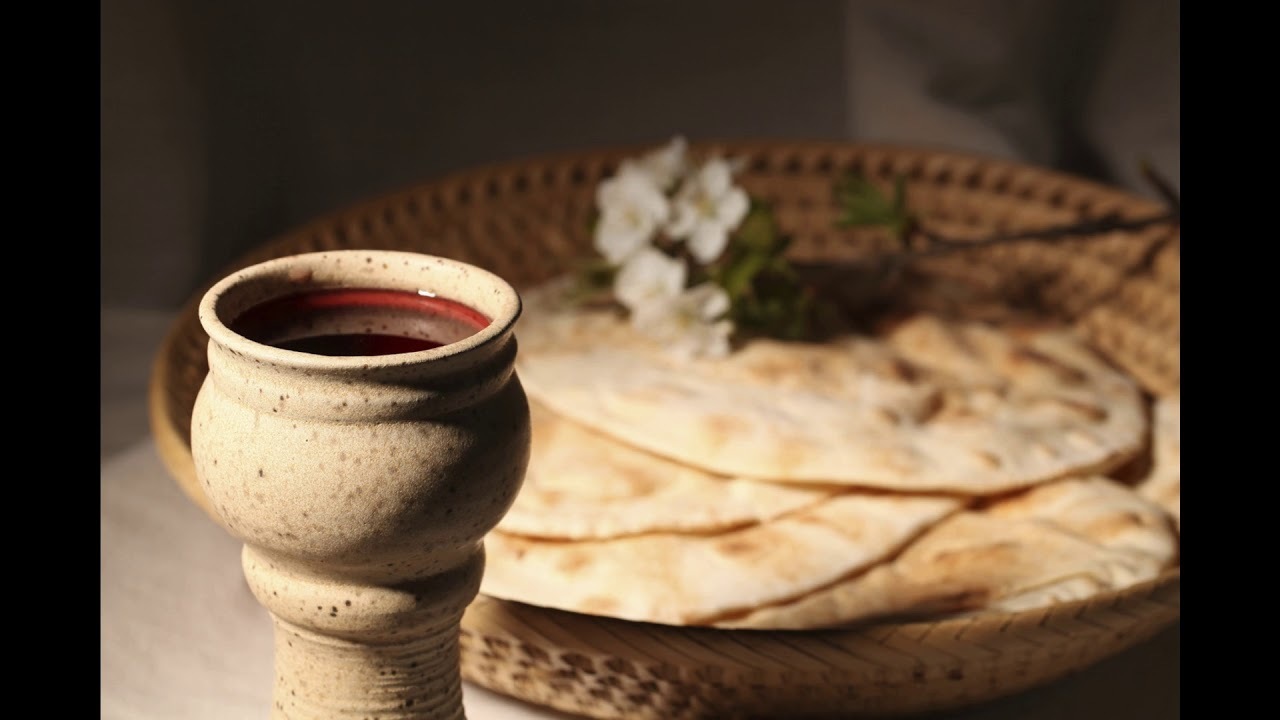 1Cor. 11:23For I received from the Lord what I also handed on to you, that the Lord Jesus on the night when he was betrayed …

I bet Judas is the first thing that comes to your mind when you read “on the night when [Jesus] was betrayed.” Who else would this possibly be about? What would you say if I suggested that it was not referring to Judas but to God? Am I suggesting that God betrayed Jesus somehow?

The word that the New Revised Standard Version Bible (NRSV) translates as “betrayed” is paradidomi. A better translation of this word is “to hand over.” If it is translated as “betrayed” then we must inevitably conclude that Paul is thinking about Judas. However, there is little reason to assume this is so. Paradidomi is often a significant word for Paul. In Romans 1:26 Paul suggests that those who do not treat God as God, but turn aside to false gods, will be “turned over” (paradidomi) to what he considers to be dishonorable passions. We might not agree with Paul that God actually works like this, but I think it is nevertheless true that Paul is saying something like this. He is saying that (what he thinks are) dishonorable passions are not sins as much as punishment. The real sin is idolatry, the punishment is to be “turned over.” So, when Paul says that Jesus is to be “turned over” in 1 Cor 11:23b, it very well might have nothing at all to do with Judas, and everything to do with God. Is Paul saying that God turned Jesus over to the power of shame, sin, and death on that fateful night? The shame of the cross and the death-dealing power of sin running amuck? In another letter to the Corinthians Paul wrote:

“For our sake he made him to be sin who knew no sin, so that in him we might become the righteousness of God” (2Cor. 5:21). Perhaps being handed over is to be understood in this context?

John tells a story of some religious leaders wanting to arrest Jesus but could not “because his hour had not yet come” (John 7:28-30). Likewise, Luke tells a story where Jesus manages to get everyone in Nazareth worked up to the point where they take him to a cliff with the intention of throwing him over. At the climax of the story Luke says that he simply “passed through the midst of them and went on his way” (Luke 4:30).

I typically don’t like trying to explain Paul by referring to John and Luke. Nevertheless, I transgress my own normal interpretive practice and suggest that maybe John and Luke both write off Jesus as if he were in a protective bubble. No harm could come to him despite the ill-will that surrounded him. This situation changed dramatically when we get to the passion narrative. If Jesus was in a protective bubble, it was, in John’s words, only until “his hour came.” Once his hour came, God handed him over to the power of destruction – and his protective bubble popped.

When we hand something over to someone else, we lose control of it. There is no guarantee that the one to whom we hand it over will treat it or even think about it in the same way as we do. This is the case when Jesus was handed over. Those who shamed him by means of the cross did not give him the same care that he had experienced when under God’s protection – when he was in his protective bubble.

Handing something over to someone else is a dangerous business. Imagine someone handing over their company to someone else who does not share the same vision, and that company gets shipwrecked. Or, imagine a parent who loves their child yet must “hand her over” to this often-cruel world. As much as a parent may wish told hold on to that child and protect her, they must nevertheless hand her over. The child must grow up and venture off on her own.

The NRSV obscures a play on words in 1 Cor 11:23-24. When Paul says that he “handed over” that which he first received, he uses paradidomi, the same word we have been discussing. Paul “hands over” the tradition concerning Jesus being “handed over.” So, the tradition itself parallels Jesus in that both are “handed over;” both are subject to potential abuse.

Tradition becomes vulnerable whenever is it handed over, and it is by nature always that which is handed over. It is always vulnerable. If this is true, then to what is it vulnerable? Some might say change. Many battles have been fought in the church because this or that did not accord with tradition. My mother used to say, “Change is inevitable; growth is optional.” I’ve always liked that. But what if I apply this saying to tradition? The question then is not whether tradition changes or not, because it cannot but change. Handing something over to another is itself a change. Change then is not the problem. Tradition is not abused by being changed – following my mother’s saying, it is abused when it does not embrace change as a constructive occasion for growth.

Paul is not reprimanding the Corinthians because they changed what he had handed over to them; he reprimands them because the change they make is a bad one. They are using the celebration of Eucharist to display wealth and status, to get drunk, and to shame those of lesser status and wealth. The changes they introduced did not merely change the rite – they betrayed the very core message of the rite. What was supposed to be a celebration of a surprising unity borne of the Spirit became an event celebrating division (1 Cor 10:17, 11:17-18). The changes the Corinthians made essentially destroyed the rite. So, it is not surprising that Paul parallels the “handing over” of Jesus with the “handing over” of tradition.

Again, the problem is not change, which is inevitable, but destructive change. I would suggest that every generation faces the challenge of tradition. The Christianity of our children and their children will probably not look like our Christianity, just like our Christianity doesn’t exactly resemble that of our parents and grandparents. How do we honor it and maintain its life-giving celebration? How do we keep it from becoming an agent of destruction? Those in the position of handing over the tradition must take responsibility to teach and learn from those who are receiving. What to change? What to keep? In many ways this is the decision of the ones receiving the tradition. Yet they cannot make the choices they must make in isolation of those who have gone before. It is a dance, and we all must learn our parts.

We all need to drink deeply of the tradition to answer these questions. The church must be truly intergenerational if it is to be up to this task. The tradition spreads and changes – sometime for the good, but sometimes, as in the case of the church in Corinth, for the worse. Regardless, the one thing the tradition isn’t is static. It is always on the move. We might seek to preserve the tradition just as we found it, but typically all we’ll end up doing is serving an echo of what use to be. It is like serving the thunder here in our ears when the lightning that caused it is already on the move elsewhere. Tradition is a living growing moving thing, not some lifeless artifact. Tradition does not demand that we simply replicate what was before, rather that we should honor it and move to where the action is – that is, where God is! God is on the move, and any tradition that isn’t also on the move is on the way to becoming irrelevant.