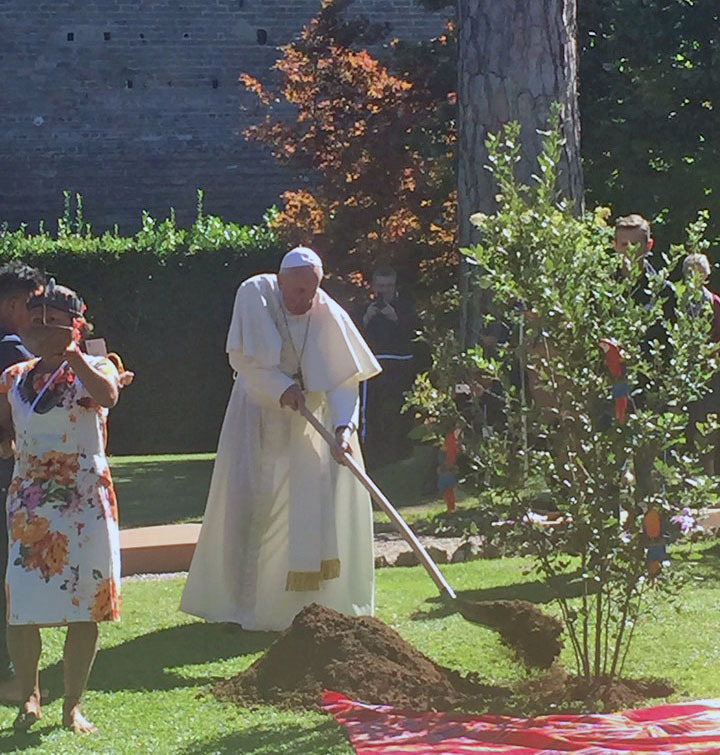 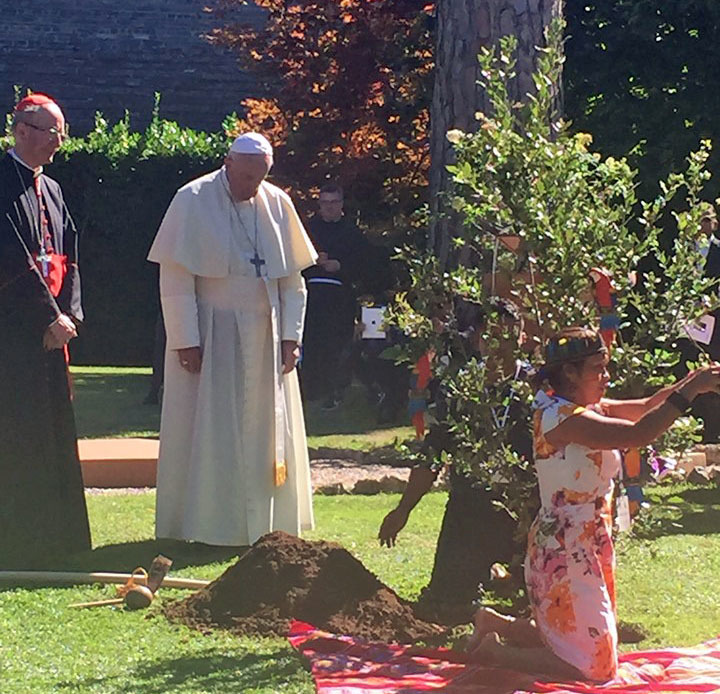 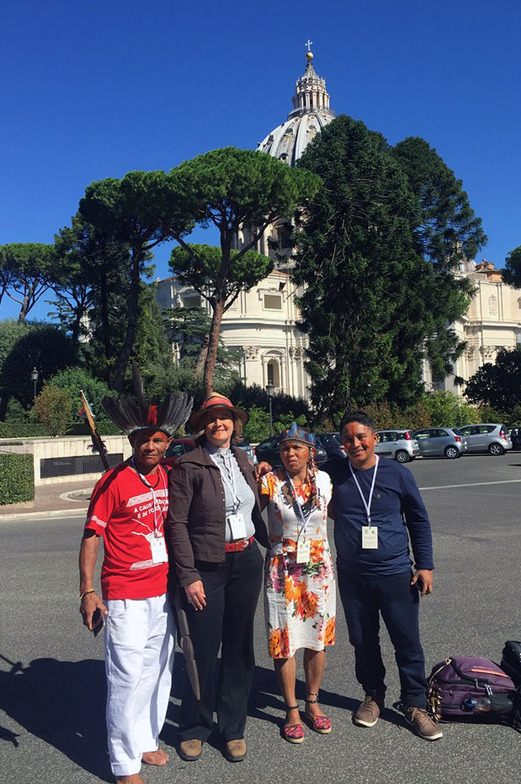 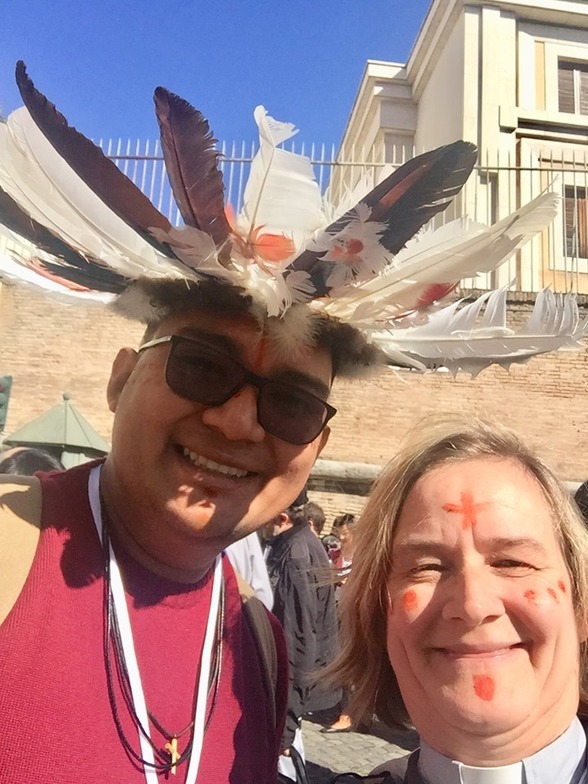 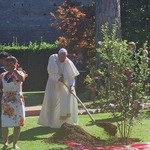 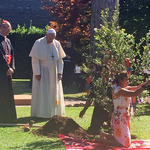 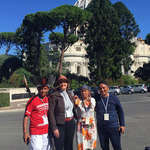 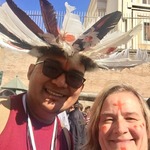 This day Rome has the chance to be transformed. The Amazon has arrived. And the Church
is being invited to listen. The Special Synod on the Amazonia, called by Pope Francis, has
drawn together bishops from the entire Amazon region -- river, forest, estuaries -- and most
importantly, Indigenous leaders from a variety of communities. Indigenous peoples are the
“first interlocutors of this Synod”, according to the working document. Others guests have
been invited to attend, to listen, and to become “resonators” themselves, to carry the cry of
the Earth and its peoples, into the communities where they live.

I have come because the destruction of the earth is not limited to the Amazon, of course, but
is a scourge which is ravishing the whole planet. On Salish lands we are fighting the
expansion of filthy pipelines, and in the north the Peace River Valley is slated to be
destroyed. We are called, from wherever we are, to take action for transformation.

Today the Synod officially begins, with a Mass in St. Peter’s Square. Here Paul walked,
visiting the small house churches of the new followers of the Way. Here he was killed
proclaiming the gospel among the Imperial Romans. And then of course in a massive twist of
history the church become a source of power, destructive in the ways it participated in state
imperialism, the invasion of indigenous lands, the destruction of the worlds of millions. In
1960 the behemoth of the church slowly began to change. At the Second Vatican Council
there was a massive movement within the church to restore the gospel of love and liberation.
Pope Francis has become the greatest liberation pope since the 1960s. Thus it is a strange
contrast.

The world is on fire. We need to participate -- all of us -- in the dampening down of the
flames.

On the Feast Day of St. Francis the Pope bowed his head and listened to the words of
Ednamar de Oliviera Viana and together they planted an oak tree.

If there was any doubt, here is from the working document for this Synod:

“Pope Francis, in his visit to Puerto Maldonado, called for a change in the historical
paradigm, as a result of which States view the Amazonia as a storage room filled with
natural resources, with little regard for the lives of indigenous peoples or for the destruction
of nature. The harmonious relationship between God the Creator, human beings, and nature
is broken by the harmful effects of neo-extractivism; by the pressure being exerted by strong
business interests that want to lay hands on its petroleum, gas, wood, and gold; by
construction related to infrastructure projects (for example, hydroelectric megaprojects and
road construction, such as thoroughfares between the oceans); and by forms of
agro-industrial mono-cultivation”.

Pray with us. Plot with us.
Emilie