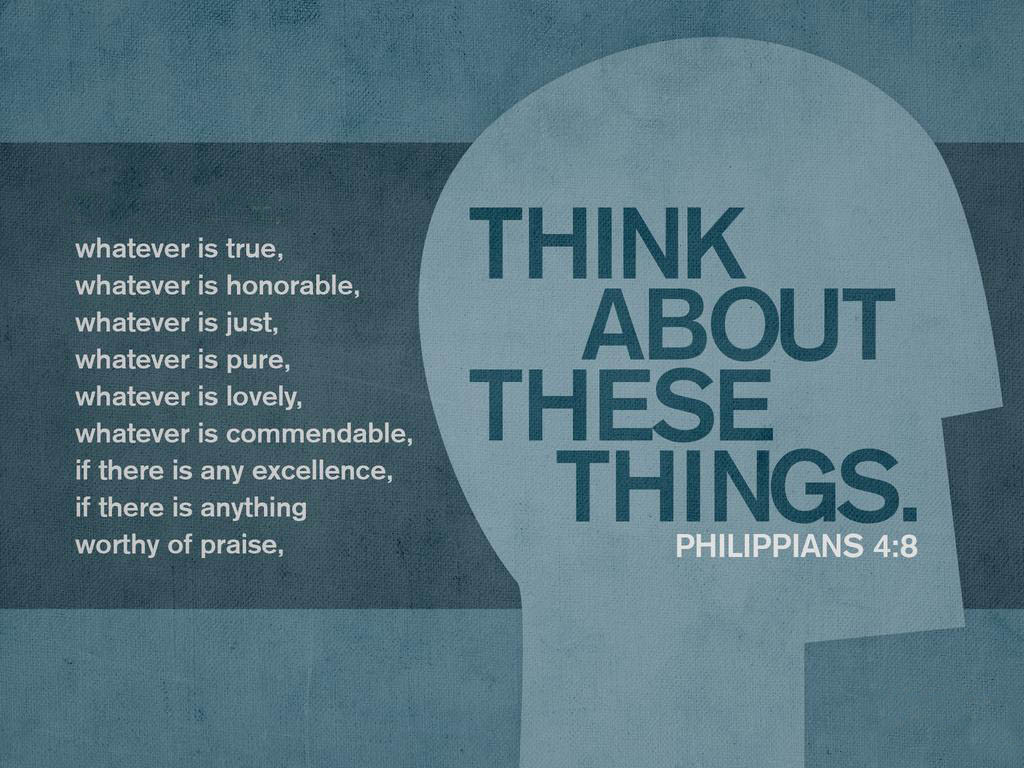 It is fascinating to see how many of the therapies of our time have much in common, though their language seems to differ. For instance it is a commonplace of our time to say that what we are thinking is very much connected with, and very much affects, our general health. This insight is actually a very old one and is expressed by many therapies, some linked to eastern traditions, some from the classical world, and some from Christian spirituality; still others communicated in various ways by counsellors, therapists, and psychologists.

We are all only too aware that many of the realities we live in are replete with ugliness, darkness, fears, anxiety, and other shadows of the mind. We are also very much aware that we do not deal with them adequately by trying to anaesethetize ourselves against them - something, by the way, with which our contemporary culture is only too ready to help us. If we are wise we try to emphasize as much as possible those elements of life that at best encourage and strengthen us, or give us a sense of beauty or goodness, or indeed even make us smile.

This short simple reflection came to mind because I have just read a letter written a long time ago to a community in what was then - twenty two centuries ago - a small fishing village at the eastern end of one of the great east west highways that crossed the Roman Empire - the Via Egnatia. Actually they were among the very first generation of Christians and had just had been visited by a brilliant and dynamic leader of the still very new spiritual movement .

In the course of that letter Paul of Tarsus wrote what may have been from his own thinking, or it might well have been  from one of the many Greek poets and philosophers of the time.

whatsoever things are of good report;

if there be any virtue,

and if there be any praise,

Think on these things.

After twenty two centuries its still a very good idea, don’t you think?