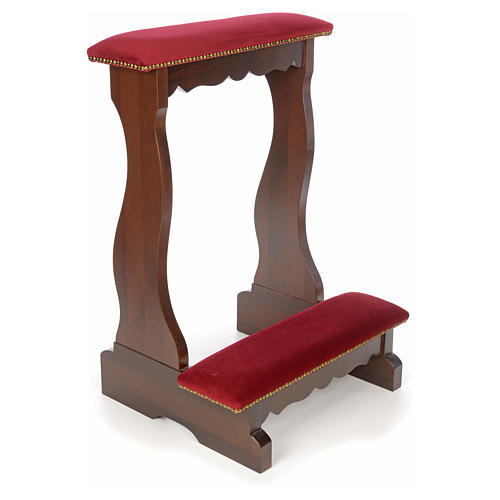 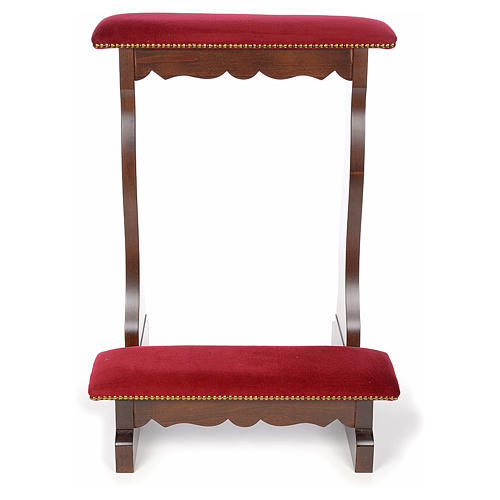 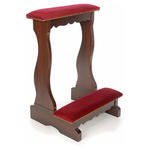 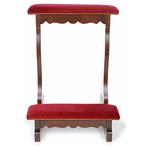 The antique shop was large. I found myself in it only because the family was in a nearby store, and, since I’m not much of a shopper, I was just putting in time.

Near the back, standing half hidden between other elderly pieces of furniture, I saw it. It was among those pieces that were not expected to raise a great price, therefore it was not presented attractively. I noticed some dust and some marks here and there. It was what was once called a Prie-Dieu, a simple padded wooden kneeler with a front rail on which to lean – carefully! -  as one knelt.

Prie-Dieu means simply “Before God”. This simple piece of furniture would have come from a small church or chapel, perhaps even a confession booth. Its placement here in this antique store seemed to communicate a sad irony.

Many in our society would consider all that this old confessional Prie-Dieu stands for as passé. Who needs, they might say, to kneel in childish dependence to whisper our self-doubts, guilts and fears to a far away and even debatable God. After all, we are mature, modern, 21st century people!

The ironic thing however is that in our society, millions of people hunger for a relationship in which they can share those same timeless self-doubts, guilts and anxieties. Sometime we turn to the large army of professional listeners we have recruited  - counsellors, psychologists, psychiatrists, therapists of many kinds. We carry out in the comfort of their offices what countless people did on this old prayer kneeler. They called it confessing their sins.  However we feel such language rather moralistic, even judgemental. We have other language. In the long ago final decades of the last century we called it “letting it all hang out”. In the early decades of this century we call it “telling my story” or, - slightly more comfortably distancing - “seeing my therapist”, but the fact of the matter is that it is, and always will be, our confession.