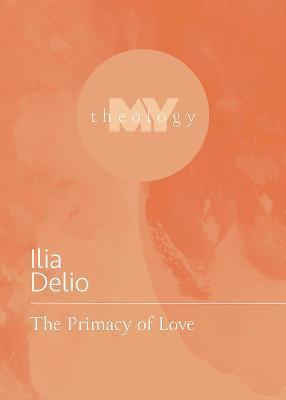 Occasionally a theological gem is published! An example of this is Ilia Delio’s The Primacy of Love. Ilia’s interests are described as evolution, quantum physics, artificial intelligence, and neuroscience. She holds the Josephine C. Connelly chair in Christian Theology at Villanova University and is the author of 20 books. With a master’s degree in biology and a doctorate in pharmacology, neurotoxicology was her specialty. She also holds a doctorate in Theology. Ilia is a Franciscan sister and identifies herself as a member of the LGBTQIA2S+ community.

Her latest work The Primacy of Love is divided into three sections:

Delio begins her quest with the question” What is Love”? For Ilia ‘love is an irresistible ocean of attraction whose infinite goodness leads into the heart of God.’ Love is God’s creativity and relates to everything: love is relational. Ilia often quotes Jesuit scientist, Pierre Teilhard de Chardin whose ideas of almost 100 years ago were dismissed as irrelevant. De Chardin, who wrote and reflected in the wake of the theory of Quantum Physics, claims that love exists on the fundamental level of life; of quarks, cosmological force and a journey towards greater consciousness. Without the physical universe, God is not possible, and without God the universe would not exist. God and World are a complementary pair. God is the source of chaos and order where a potentiality becomes actuality. This insight from de Chardin based in the emerging field of quantum physics and evolution so upset the Roman Catholic church that he was sent into isolation and exile in a Chinese desert. His writings were not allowed to be published until after his death.

Dr. Delio maintains that the new story of the cosmos demonstrated in the field of science demands a new understanding of God and a new understanding of ourselves in relation to God. The advancements of science, as well as intellectual honesty, require nothing less than a new story if the church is to remain relevant in the 21st-century. Our current metaphors of understanding are based in “flat earth science”. This consists of an understanding of the planet earth divided into three spheres with fire underneath a flat earth and a dome over the top where the sun goes around the earth. We have moved beyond flat earth science and now understand that the earth was created 13.4 billion years ago. We understand that God’s energy is in the Big Bang of the Creation and that we are connected to the energy from the Big Bang and that we are connected through the evolutionarily process to each other and to the whole of the universe through this energy. The author takes seriously the claim that God is love; that we are in God and God is in us. As she says, “God does not exist as an absolute being with a separate existence, rather God loves in and through our love for one another”.

It means that God does not love as one person to another, for God, simply, is love!  God is in Ilia’s words that “irresistible ocean of attraction “. Her book is full of amazing one-liners. “I do not exist in order that I may possess; rather I exist in order that I may gift of myself, for it is in giving that I am myself.” Another one-liner, “being is a never-ending conversation of potentiality into actuality”. I was reminded of the old saying that theology is a verb not a noun as I read Ilia Delio’s books and especially in reading this book.

The book is like a compass which points towards new ways of thinking of ourselves in relationship to an energy-filled God creating us through evolution in the universe. One phrase that is powerful for me is: “The world is not created ex nihilo, out of nothing, the world is created ex amore, out of the infinite love of God” Delio supports Duns Scotus’ view that sin is not the reason for Christ, love is! Suffering plays a part in our lives, but it has been used to distort the message of God. Delio argues that suffering is transformative …“the door by which God can enter into our lives and love us where we are”. Forgiveness is a gift of goodness to one another. Together through suffering and forgiveness, love is perfected, the ultimate act of love being to let go. She writes that it is “through the eyes of love, we can see the face of God”.

This short, fully-packed book details the core theology of Ilia Delio and the Christogenesis movement based in the spiritual ramifications of quantum science and evolution. It adds and strengthens faith for 21st century Christians and all people of faith. I highly commend this book. It may change your life.

The Reverend. David Price BA., M.Div., EMDR is a retired parish priest, prison chaplain and a trauma therapist. He currently is a part of the diocesan Dismantling Racism task group and reads and reflects upon emerging spirituality in the 21st century.