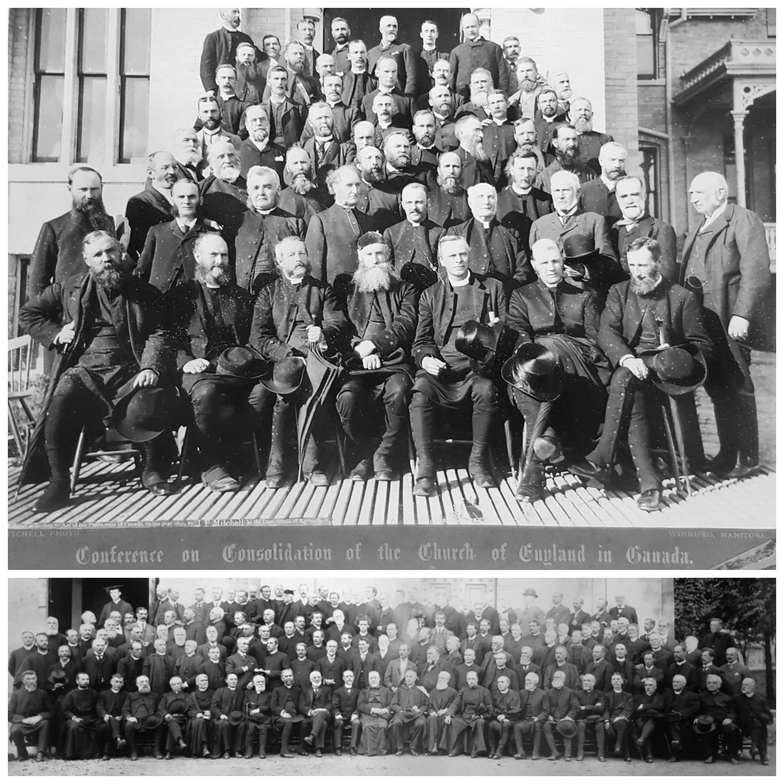 In honour of next week’s triennial General Synod 2016...!

In 1890, a conference was held in Winnipeg regarding the consolidation of the various Dioceses and regions of the “Church of England in Canada”.  Three years later in 1893, the General Synod was incorporated.  The top photo below is of that initial conference (recognize anyone?) and the bottom is a photo of the “House of Delegates” to General Synod in 1905 in Quebec.

Please pray for all delegates of General Synod 2016 being held July 7-12 in Richmond Hill, Ontario.