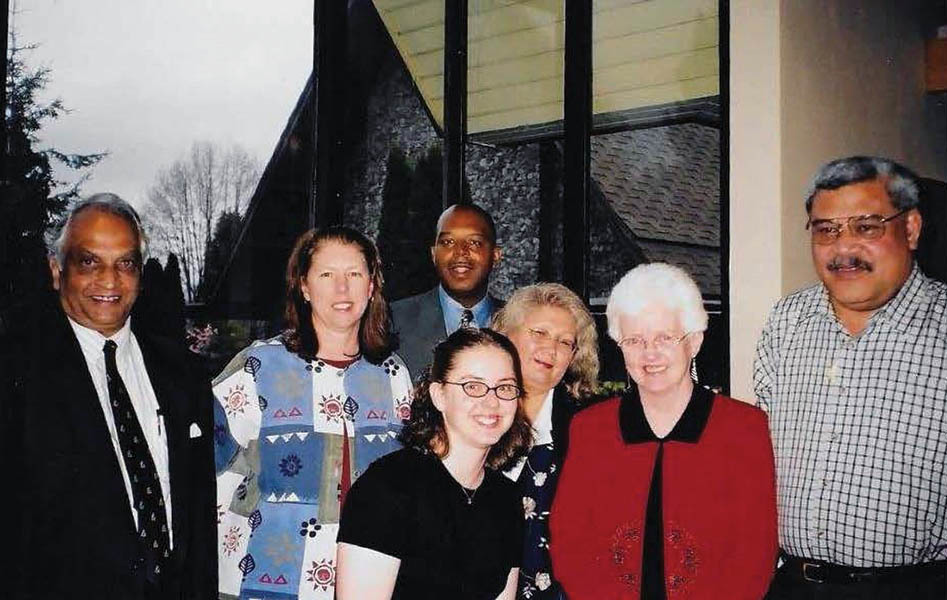 I first met Vivian in 1999, we were both first year students at VST. It was the gathering of our class, and I met these young minds, bright and perceptive people who would be a credit to any organization or corporation anywhere in the world. And here they were, faithful and full of zeal, seeking an education that will prepare them for a role to serve the people of God in the Kingdom of God.

I remember Vivian as a happy person with a glint in her eyes that the glasses she wore could hardly hide. Coming as I did from a different culture and a different country, I had but the vaguest idea about the suffering and cultural genocide, that the Indigenous people of this land had suffered. And then I saw the fierce passion of Vivian for her people, and the tears of anguish that sometimes rolled down her cheeks, and I learned that justice did not roll like a river in this land, and that people forgot (hopefully temporarily), that righteousness is an imperative of their faith.

I admired Vivian, as she continued towards her destiny, completing her education, and becoming a priest. But all these years that passion never dimmed; in fact, the flame got bigger and brighter.  Her journey ended, as all our journeys will end some day; except that hers ended too soon, leaving unrealized promises, at least so it seems to us. And like her many friends, I mourn her passing.

May her soul rest in peace and light perpetual shine upon her.

A photo submitted by Gilli of himself (far left) and some members of his VST class including Vivian, third from right and third from left in the middle.