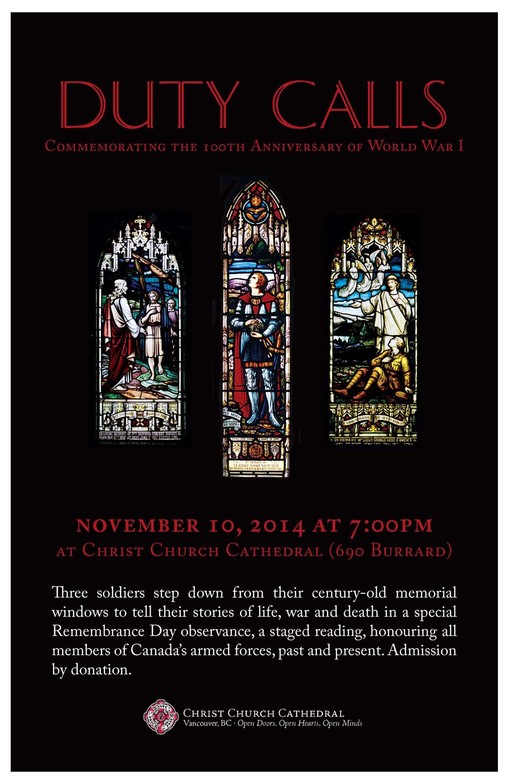 Why did they do it, those men who marched away a century ago, heading straight for Hell on the Western Front?

Come - and listen  - as three men - Lieutenant Harold Owen and Private Norman Hughes, remembered in two stained glass windows, and Lieutenant-Colonel William Hart-McHarg, memorialized on a plaque - step down from the walls of Christ Church Cathedral to tell the stories of their lives, their war and their deaths.

DUTY CALLS, by Anne Fletcher, harkens to a time when Canada was more colony than country, and words such as duty and honour had currency. It will be presented as a staged reading, by actors Daniel Doheny, Andrew Halladay, John Innes, Thomas Lamont and William Samples, under the direction of David Taylor, with Rupert Lang, the Cathedral’s Director of Music, leading from piano and organ, as the audience is invited to join in, singing anthems and hymns of the Great War.

Admission by donation. Free parking with a parking pass after 6 p.m. in the Park Place parkade; download a pass at www.cathedral.vancouver.bc.ca