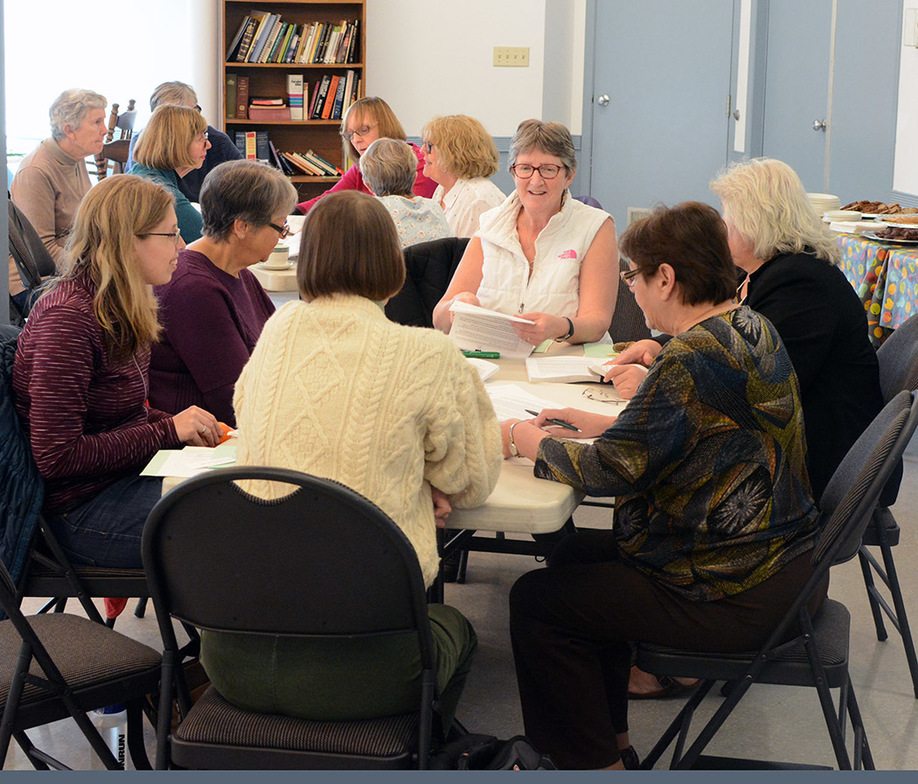 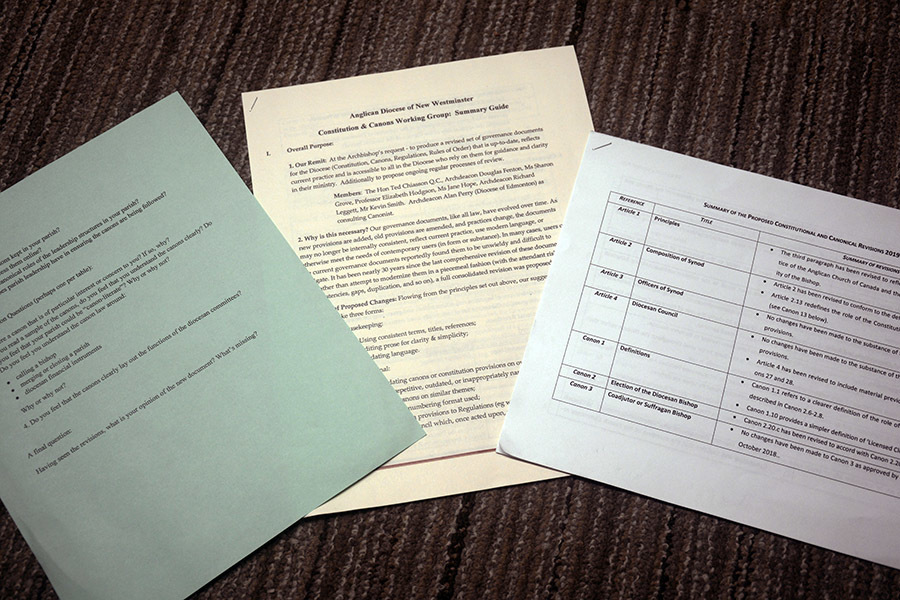 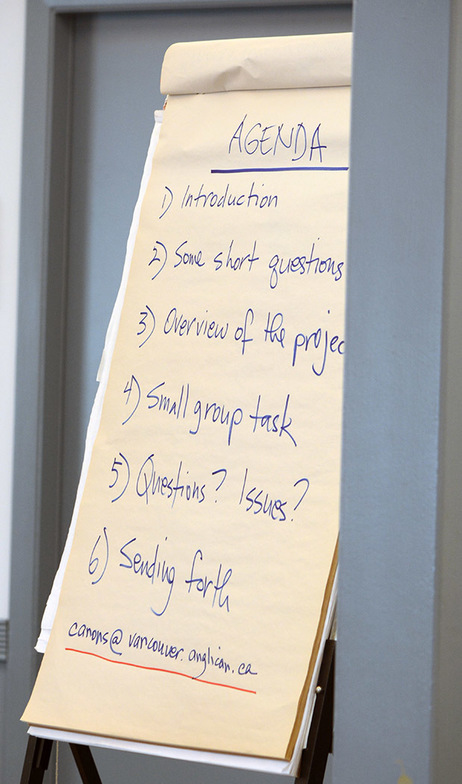 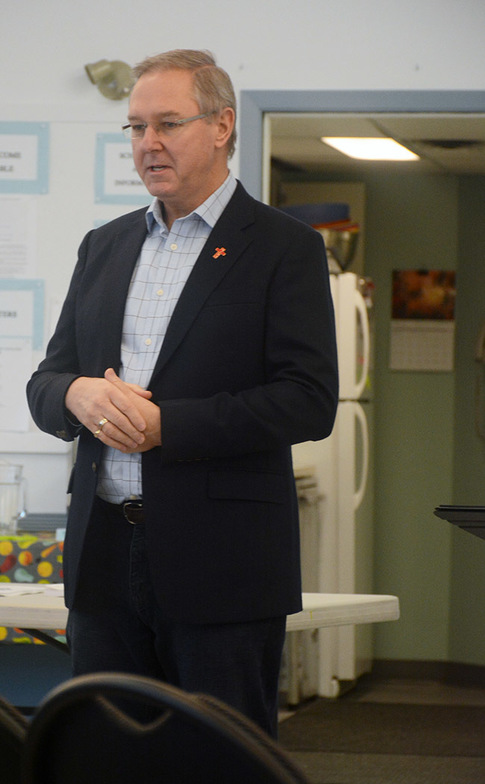 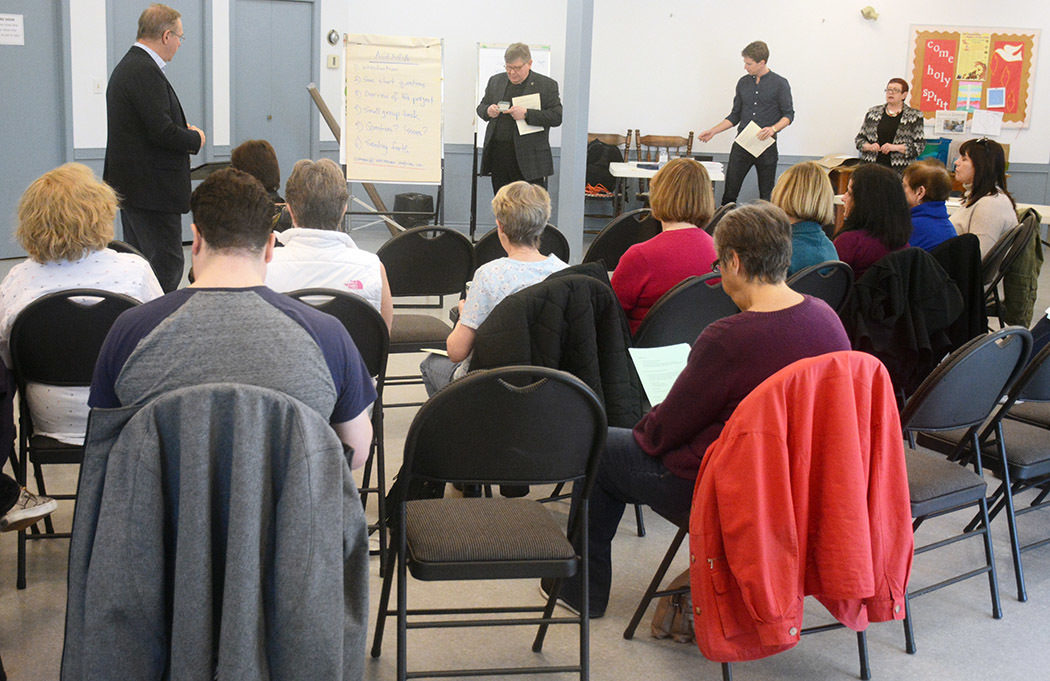 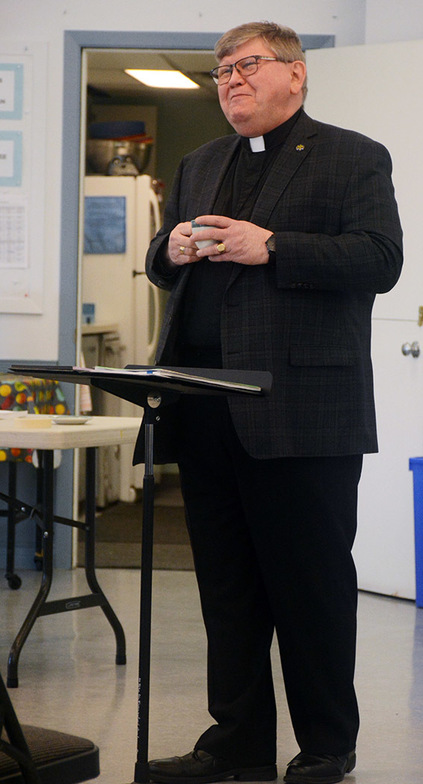 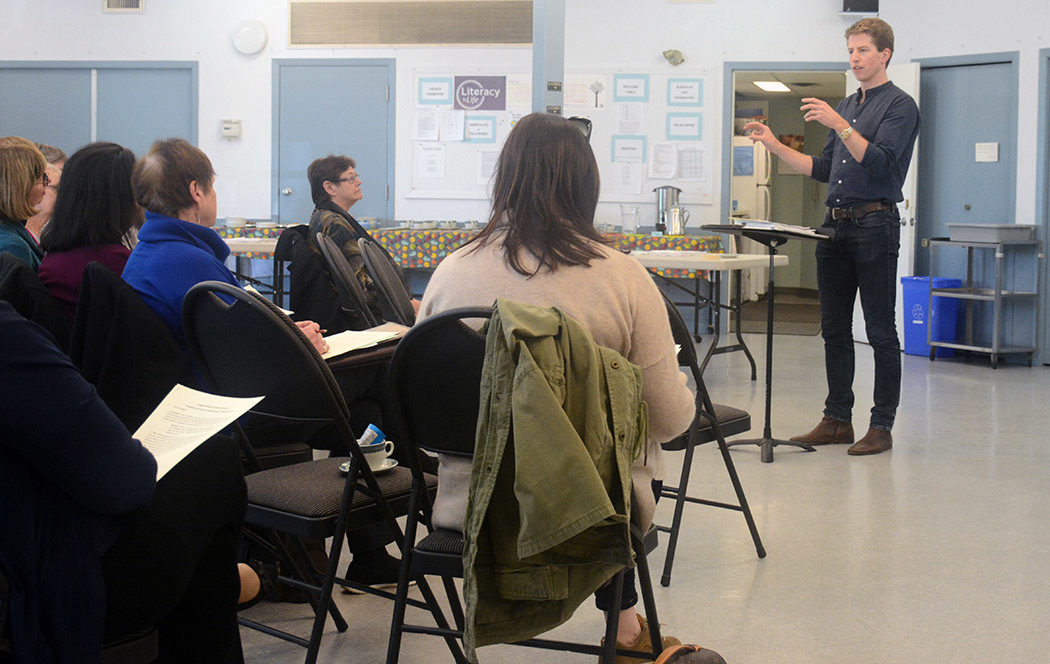 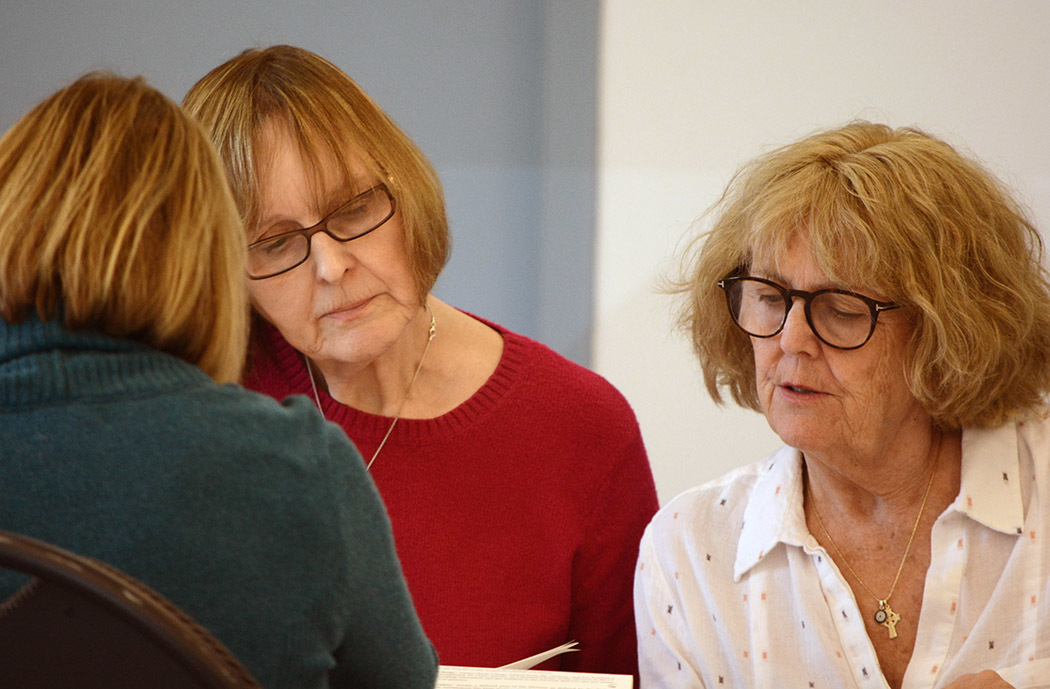 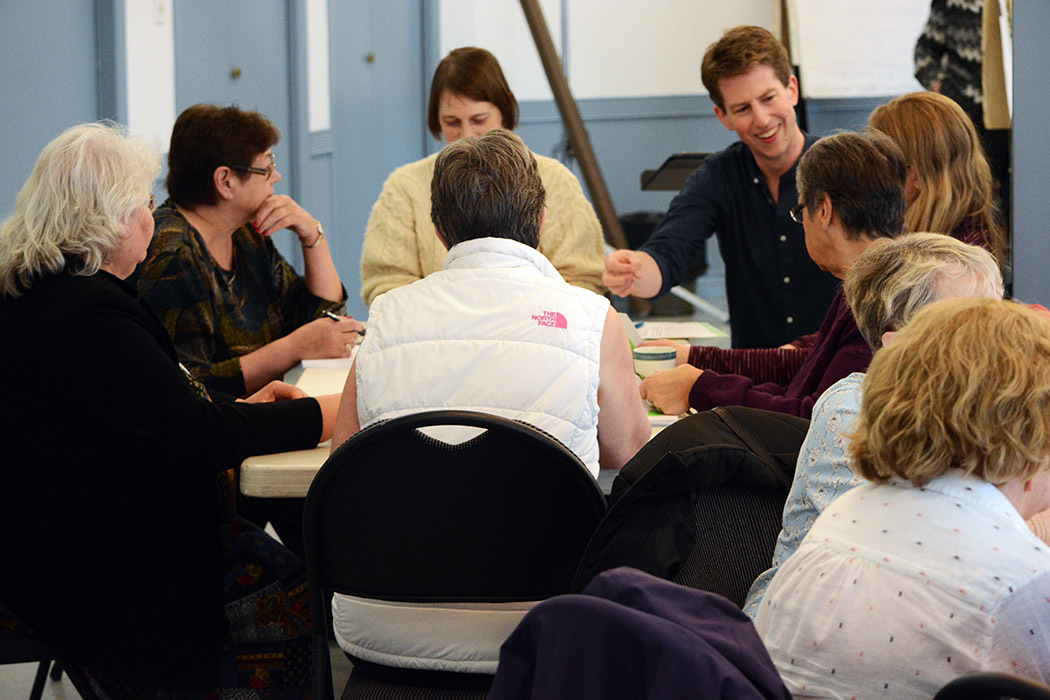 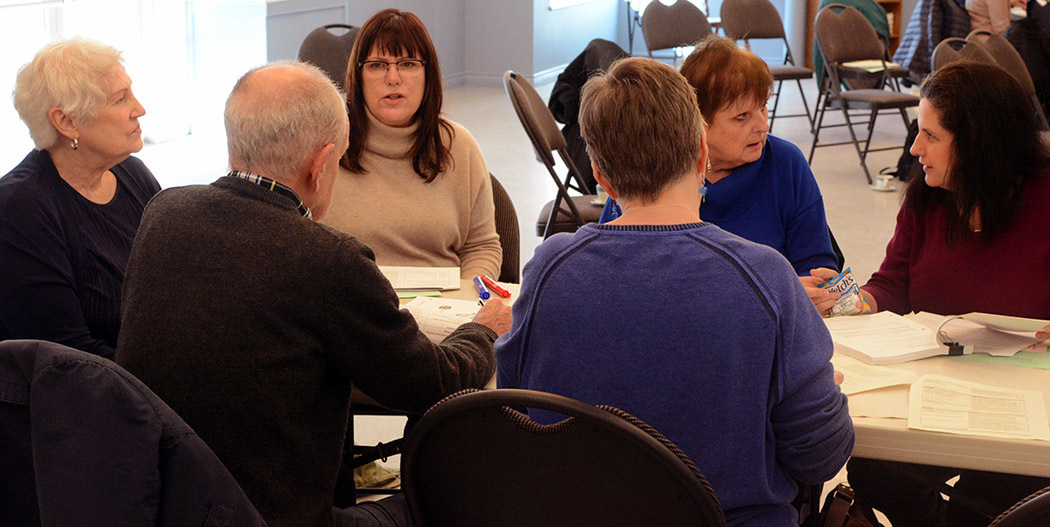 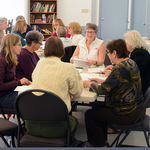 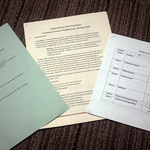 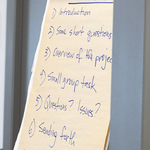 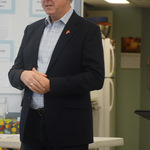 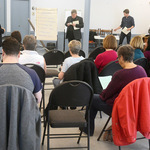 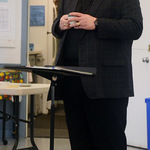 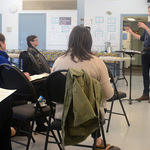 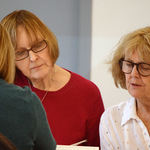 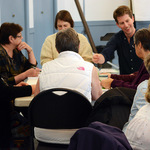 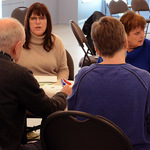 Please find downloadable below three documents in .PDF that have important information about the current revisions being proposed to the Diocesan Constitution and Canons:

These materials were distributed at the first two sessions held on March 16 and will be used again during the next two sessions, March 30

The first set of two sessions to look at the proposed revisions to the Diocesan Constitution  and Canons took place the morning and afternoon of Saturday, March 16. These revisions will be presented at Diocesan Synod, May 24 and 25 for consideration.

The morning session was held at St. Matthew’s, Abbotsford from 9:30am until approximately 11:30am and the afternoon session convened at St. John the Evangelist, North Vancouver from 1:30pm until 3pm.

Both sessions were well-attended with 22 at the morning session and 19 at the afternoon session.

Present for one or both of these sessions were members of the Constitutions and Canons Working Group: Mr. Kevin Smith, Ms. Sharon Grove, Ms. Jane Hope, Archdeacon Douglas Fenton and Archdeacon Richard Leggett. The Treasurer of the diocese, Bob Hardy, ODNW was also present at the afternoon session.

The principal presenters of the material were: Archdeacon Leggett, Mr Smith and Archdeacon Fenton.

The members of the Working Group:

The reasons for these revisions are many, however the basic purpose is quite straightforward and that is to make available at the archbishop’s request (in the words of the Summary Guide distributed at the sessions)

“a revised set of governance documents for the diocese that is up-to-date, reflects current practice and is accessible to all in the diocese who rely on them for guidance and clarity in their ministry. Additionally to propose ongoing regular processes of review.”

There has not been a major revision of the governance documents since 1991, and in those 28 years, additions, deletions, changes and minor revisions have caused the diocesan documents of governance to become unwieldy, difficult to navigate and peppered with inconsistencies, gaps and redundancies that will be eliminated by thoughtful revision. And part of that revision is consultation which is the purpose of these information sessions.

In his opening address, the Venerable Richard Leggett who is Vicar of Holy Trinity, Cathedral, New Westminster and Archdeacon of Westminster said that, "like it or not we exist in a world with rules", and even if we don’t like referring to our denomination, our Church as an institution, we are an institution and institutions need rules. He went on to build a metaphor. The rules are like the human body, the Constitution is the skeleton, the bone structure, the Canons are muscles, they move the structure, but what muscles one used years ago may not be the ones one uses today, the Regulations are the subcutaneous fat, the ways of responding with flexibility to issues that arise and Policy Guides can be compared to the colours of the clothes that are worn on the outside of the body.

Lawyer, Kevin Smith who is in parish leadership at Christ Church Cathedral clarified that the purpose of these meetings and making the revision drafts publicly available is to invite comments, questions and suggestions to be considered as the documents are honed prior to their presentation at Synod. He directed the plenary to one of the three handouts which over four pages detailed the principal changes including: editing of the prose for brevity and simplicity; normalization of terms and nomenclature; organizational changes regarding the actual formatting; and the contraction of multiple canons into a single canon, i.e., a single canon on “funds” as opposed to canons that cover a number of different diocesan funds.

Following the initial presentations the plenary divided up into 3 table groups they were provided with a copy of the current Canons and a copy of the draft revisions and invited to discuss four questions.

The three tables at the afternoon sessions (which was the one attended by diocesan communications) were extremely engaged and enthusiastically discussed the questions.  One of the tables in particular generated a substantial lists of questions, comments and suggestions.

The next sessions are scheduled for Saturday, March 30,

An email address canons@vancouver.anglican.ca has been established so folks can send in questions, comments and suggestions via email.

The Constitution and Canons Work Group invite your participation. Continuing the revision of these governance documents as the 119th Synod of the Diocese of New Westminster approaches is a priority for the Working Group and for diocesan leadership.