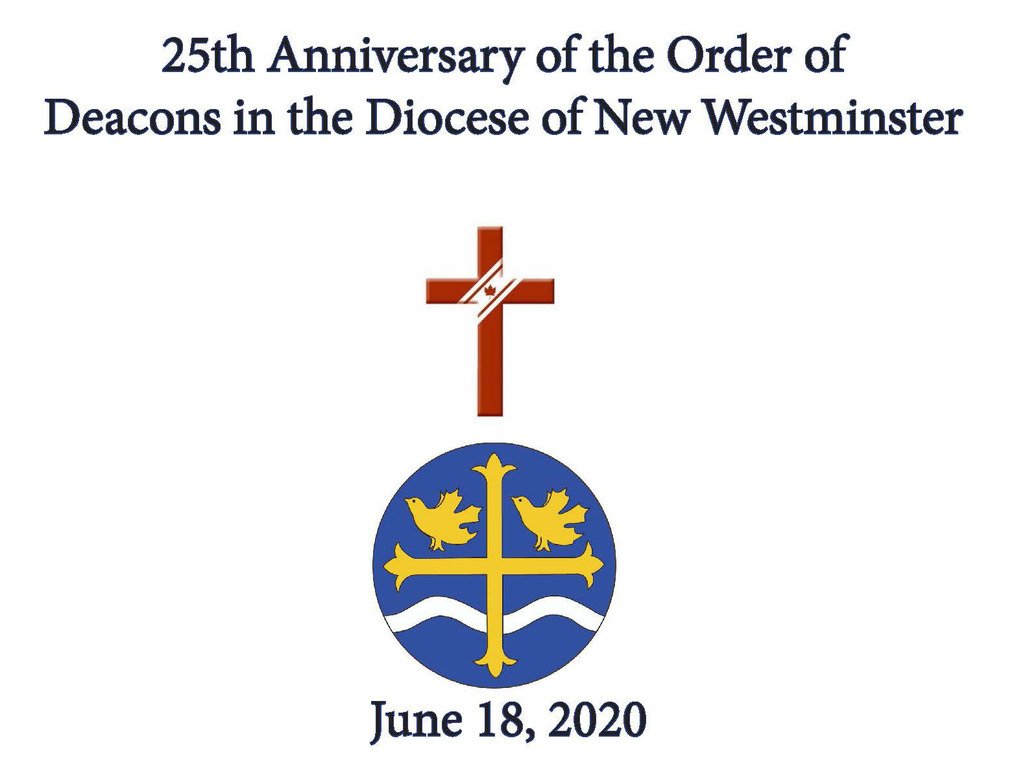 On June 18, 1995, Bishop Michael Ingham ordained three deacons, the culmination of many years of prayer and process and which restored fully the distinctive ministry that we refer to as diakonia.

It was primarily the vision of Archbishop Douglas Hambidge that drove the restoration forward. Archbishop Hambidge envisioned a church which would reach into all aspects of societal life, where ministry would be exercised and the Gospel message proclaimed wherever people worked and played. He saw the restoration of the Order of Deacons as central to this vision.

In fact, he was so committed to having deacons that he had ordained Sr. Christian Cross as a deacon about five years earlier. She, and David Havard, a deacon from the Church of England, were examples of how much the church’s ministry could be extended into new areas. The ministries of these early deacons clearly and passionately demonstrated how much a full restoration was needed.

The restoration was not without setbacks and resistance. Archbishop Hambidge’s vision of a deacon in every parish (a goal still not achieved today) brought fears of a revolutionary groundswell that could potentially upset the status quo and result in a radical church. Some feared that deacons could end up with such numbers that they could dominate synod votes. Concern over job security led some to work hard to limit the liturgical and administrative functions of deacons in parish life. Fortunately time has shown that this is not the case – that the nature of diaconal servant ministry, when exercised conscientiously, leads to collaboration and support, rather than to power politics.

In the early days of pent-up demand for entry into the order, there was a large cadre of individuals who studied together and supported each other, following the leadership of The Rev. Catherine Hall (Director of Deacons) and the Venerable Richard Leggett (Coordinator of Diaconal Formation) Some of these names will be familiar:

It’s interesting and inspirational to see how many of these diaconal pioneers are still active in ministry. And it’s just as interesting and inspirational to see how many others have answered God’s call to serve over the past 25 years. Even though our rate of growth has slowed, and our community is aging, we are still faithful in taking the Gospel message out into the world, through word and action, to people and places which yearn to hear good news.