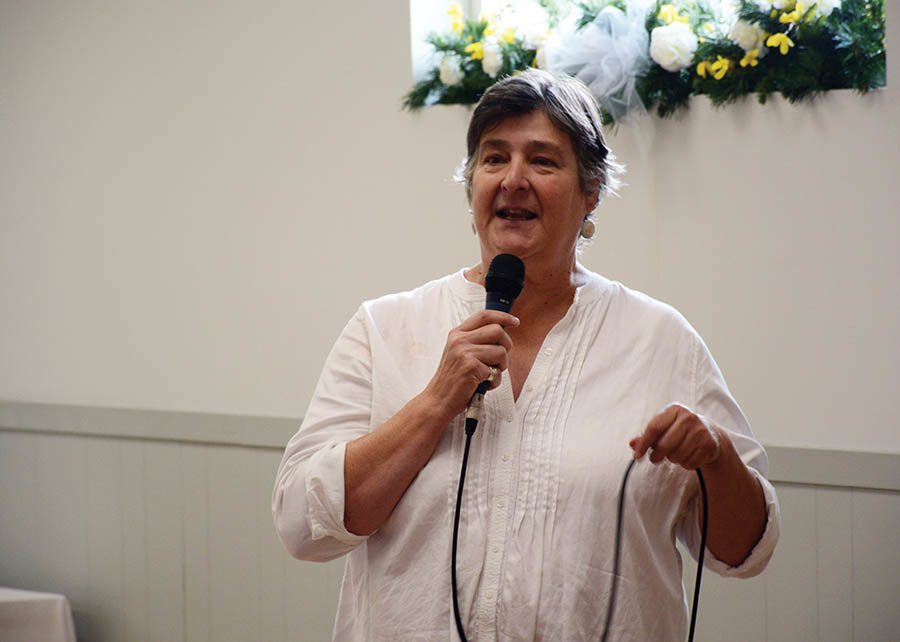 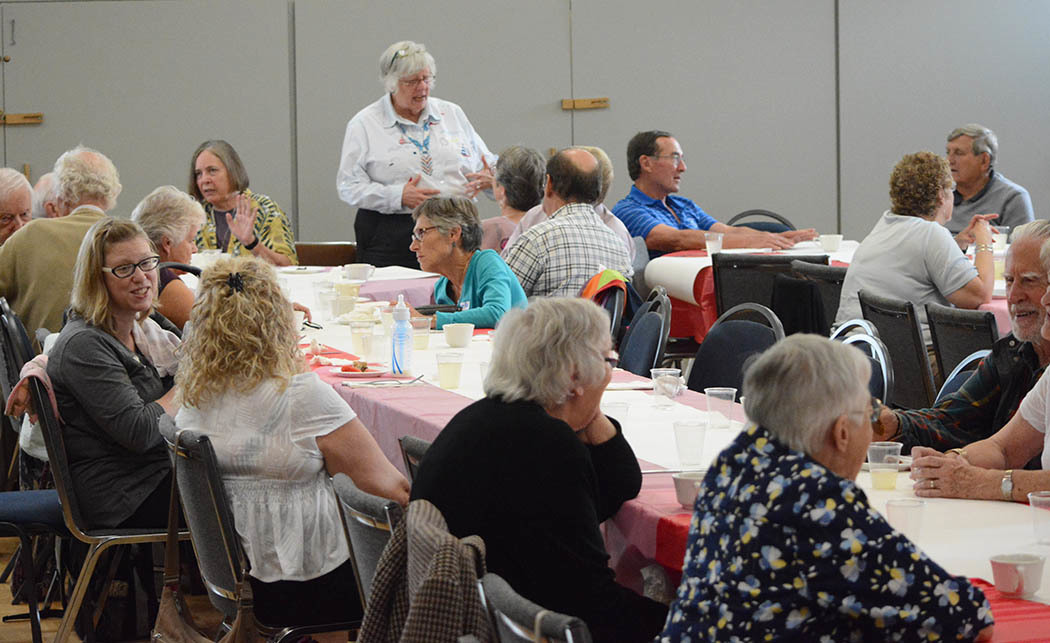 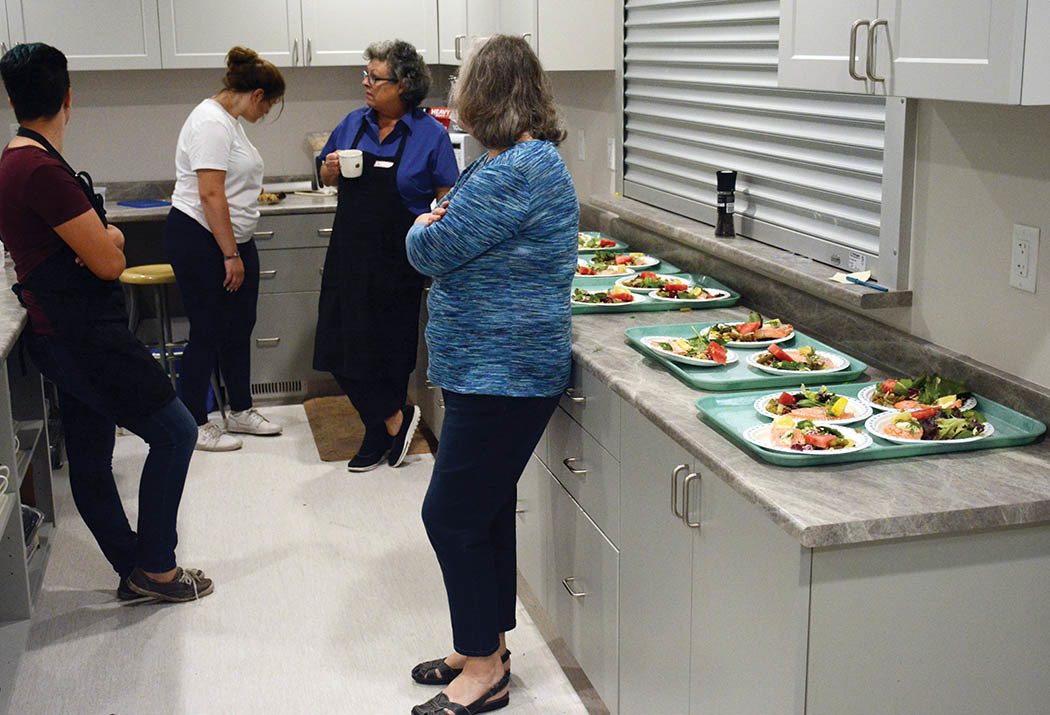 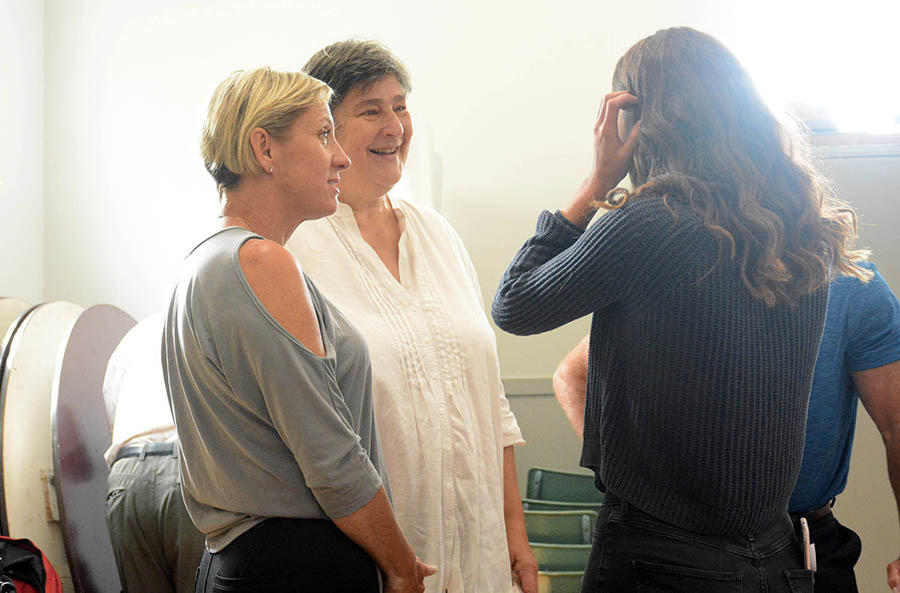 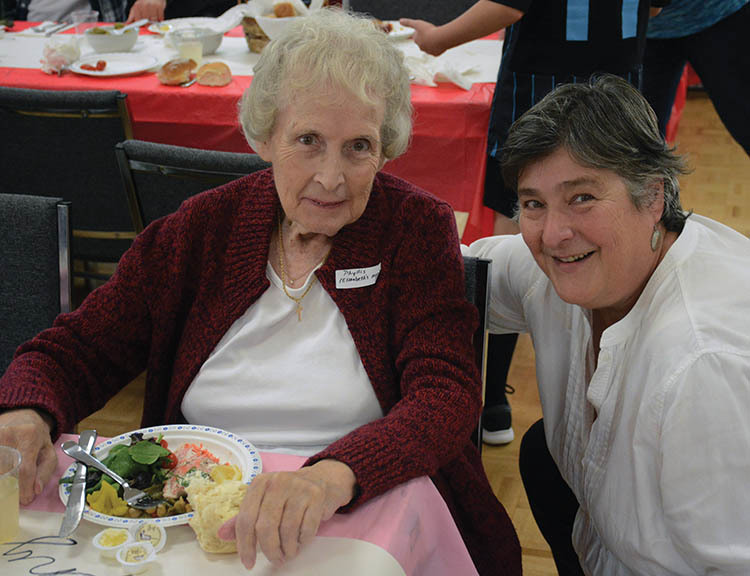 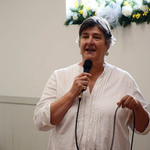 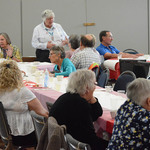 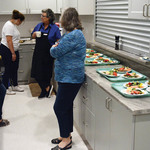 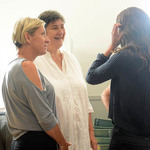 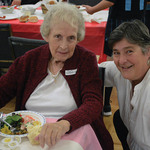 In the 1939 film, The Wizard of Oz, the central character, Dorothy Gale (one of the great “pun” names in pop culture) played by Judy Garland, at one point remarks, “people come and go so quickly around here.” And although it would be a false equivalency to compare the pace of transitions in the Diocese of New Westminster to the Land of Oz, I must say that when one’s vocation involves a lot of time in the Synod Office, one becomes aware of the changes. The announcement by the Executive Archdeacon, the Venerable Douglas Fenton in late May of 2018, that the Archdeacon of Westminster and Rector of All, Saints, Ladner, the Venerable Elizabeth Northcott had signified to the archbishop that she would resign her archdeaconry and parish with September 23 her last Sunday… was quite a surprise. In his letter to the clergy of the diocese Archdeacon Fenton wrote, “Elizabeth has been appointed rector of St. Mark, Qualicum Beach effective Monday, September 24. While we congratulate Elizabeth on her new ministry,  we are already missing her here.”

Archdeacon Northcott’s new ministry position will happily end her regular commute to Vancouver Island where her partner Susan lives. They will no longer need to maintain two households which of course will bring equilibrium and happiness to their life together

Those of us who work and/or volunteer at the diocesan level have so appreciated Elizabeth’s ministry and her presence amongst us. She has been a calming, caring, pastoral presence in the diocese, and for the past 10 plus years she has been the Rector of All Saints’, Ladner and although we at the diocese (echoing Father Fenton’s words) will miss her, the community of All Saints’ will be the most affected by her departure. However, All Saints’, Ladner is a parish that has gone from strength to strength for over 130 years and will continue on that path.

On Saturday, September 9, there was a Farewell Luncheon for Elizabeth and Susan in the All Saint’s parish hall. Invitations went out weeks earlier inviting the parish and others to attend one of two sittings, 11:30am and 1pm. Grilled salmon was the feature dish and the 75-80 who attended the 11:30am and the 100 who attended the 1pm enjoyed the meal prepared and served by an enthusiastic group of intergenerational volunteers (the younger member of the parish who warmly welcomed me to the lunch was still in his soccer kit).

Gifts were given, and words of thanks were shared, but it wasn’t a sad time. It was a time to give thanks for Elizabeth’s ministry and for her legacy of collaborative leadership. Many members of the parish attended the two sittings for lunch, as did a number of diocesan clergy and diocesan leaders. Elizabeth’s mother, Phyllis, who lives in Kerrisdale and is an active member of St. Mary’s, Kerrisdale was also present, attending the 1pm sitting.

Those of you who are familiar with the coverage of our diocese are likely aware that all installations of new rectors, vicars are covered and shared with the diocese through the diocesan communications vehicles. There are certainly fewer farewells which is a good thing. Occasionally, I am asked why I don’t have more quotes from parishioners sharing their opinions about the arrival of the new ordained leader of their shared ministry. The reason is that in most cases it’s too early to arrive at any conclusions, however, this is not the case when it comes to farewells so I will gladly share some comments, beginning with excerpts from Archbishop Skelton’s pastoral letter to the parish of All Saints’ dated September 14:

“…Elizabeth is a gem. Her love of people (all people) is the cornerstone of all she does in the parish and in the archdeaconry. Everyone who works with her is drawn to her approachable presence, her sense of humour, and her positive approach to even the most challenging issues. Elizabeth is not afraid to raise hard questions and to delve into difficult issues. Yet even in these areas, those with whom Elizabeth works consistently come away with the sense that she loves and respects them.

As archdeacon, Elizabeth has been a forthright and tireless partner with parishes and leaders (clergy and lay) among the churches in the archdeaconry. I have often been amazed at how Elizabeth has found the time to be present at All Saints’ and to be present to the many issues that have arisen at other churches. At times, I’ve wondered if she has mastered the art of being in two places at once. What I’ve come to understand is that her strong presence is a function both of her diligence and of the support given her at All Saints’ in her role as archdeacon.”

All Saints’ parishioner Sheryl Gaffey had this to say:

“…we have been so fortunate and we are grateful to have had her with us…she has brought us much love and guidance. We wish her “new” and happy life on the island.”

“…a really good priest for this parish, a consensus builder…folks are happy for her but sad to see her go.”

Her longtime colleague, the Reverend Stephen Rowe, Rector of the Anglican Parish of the Church of Epiphany, Surrey (Stephen and his spouse the Reverend Christine Rowe, Associate Priest at St. Mary’s, Kerrisdale were both at the 1pm sitting of the luncheon) completed his ministry as Archdeacon of Fraser in the summer of 2017, had this to say:

“I had the privilege to work with Elizabeth as a fellow archdeacon over a number of years. Elizabeth always brought wisdom and empathy to her role and cared deeply for her clergy and parishes. She is a courageous and faithful priest who has always put her heart and soul into her ministry in the parish as well as a diocesan leader.”

Rob Dickson, Director of Finance and Property for the Diocese of New Westminster shared these words about the farewell event:

“It was a pleasure to attend the salmon luncheon. It was a wonderful celebration and endorsement of Archdeacon Elizabeth Northcott’s ministry. The attendance at two sittings of the luncheon filling the parish hall was a visible sign of the parish’s feelings for Elizabeth. She will be very much missed in our diocese both by the Parish of All Saints , Ladner and by many others throughout her archdeaconry and the diocese.”

“she is very warm, friendly, always ready to listen. Elizabeth has a kindly way of shedding light on a concept, helping people to see things in a new way… I don’t remember ever seeing her anxious or agitated… she never spoke down, there wasn’t a shred of condescension in her discussions or her overall approach…Elizabeth integrated some of the Fresh Expressions liturgical innovations like Messy Church into the life of All Saints’, Ladner."

And last but not least, Elizabeth shared these words with diocesan communications in an email September 14:

“The time is ticking down and it's getting more and more emotional all the time ... yikes! But what a blast having a salmon BBQ - it was so fun and a real joy to celebrate 10 great years of ministry together. They're gonna be great with Liz Hamel in the "priest's office"  - God is good, all the time!”

Now it is time to bid farewell to Elizabeth, but the general consensus is that everyone is very happy for her, that she will establish her place with Susan in just one, permanent location and who can dispute that?  And, in the words of Dorothy Gale the character quoted in the first paragraph, “there’s no place like home.”