A Legacy of Textiles at CCC 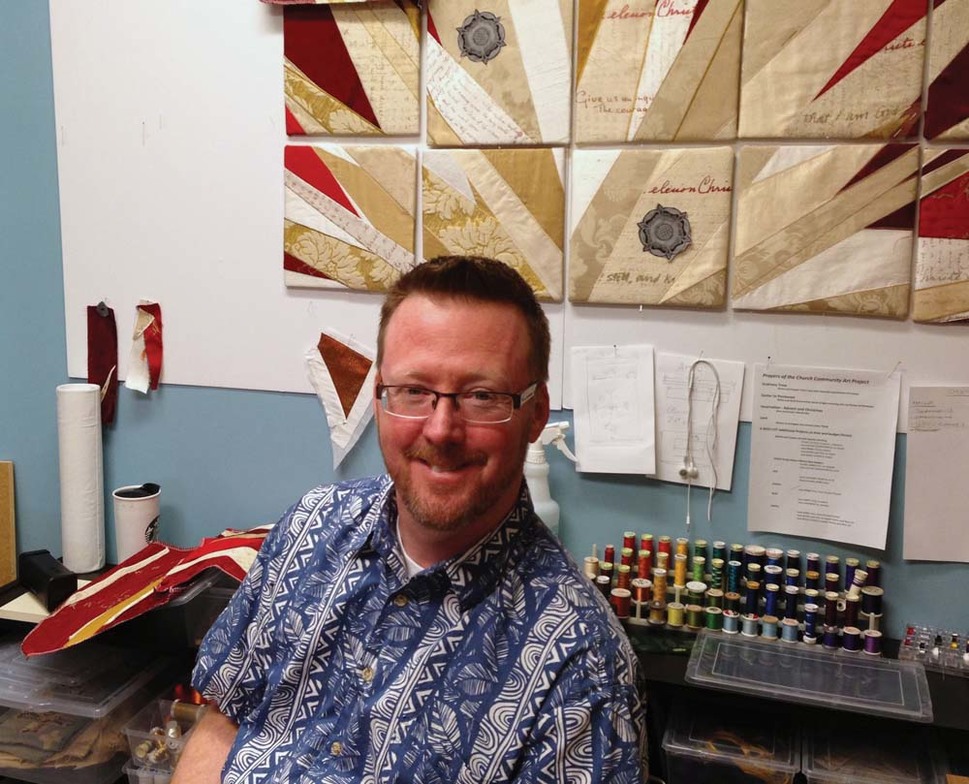 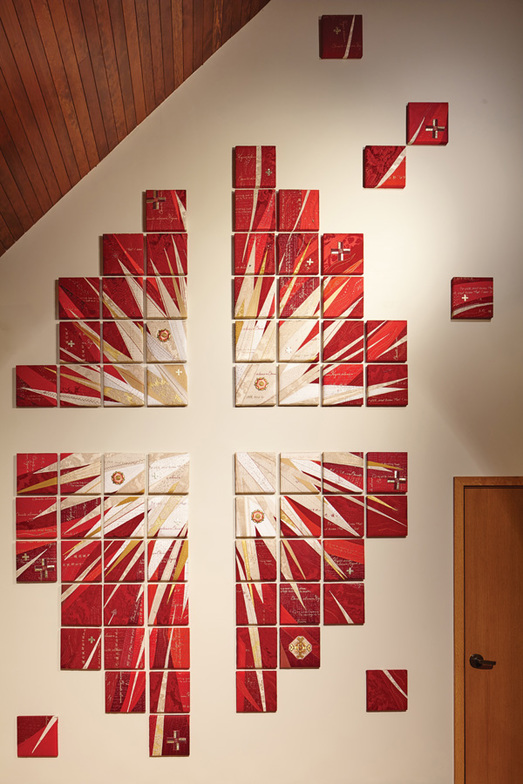 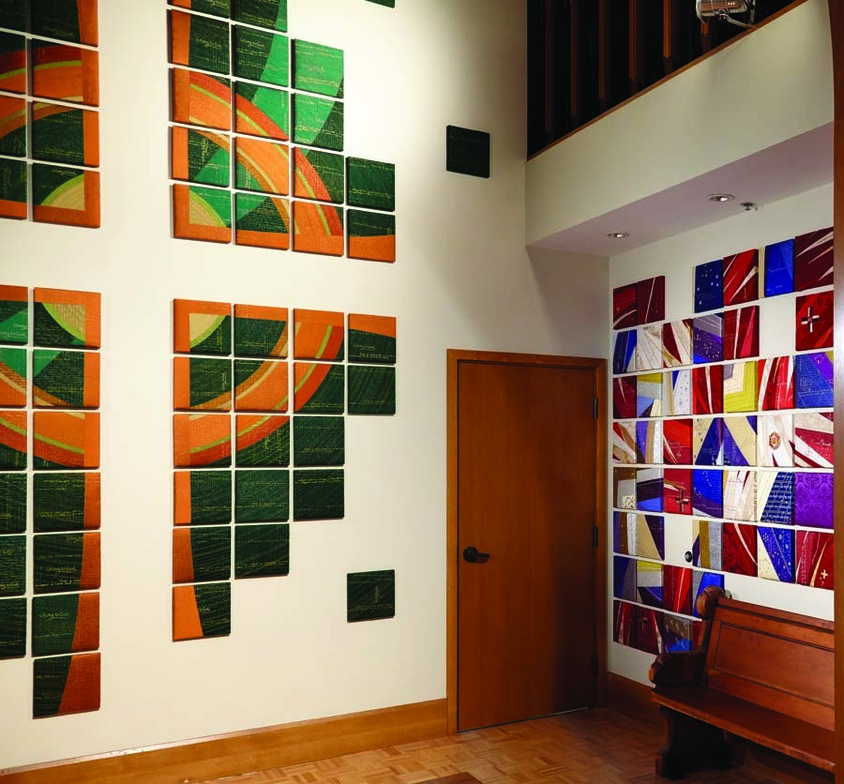 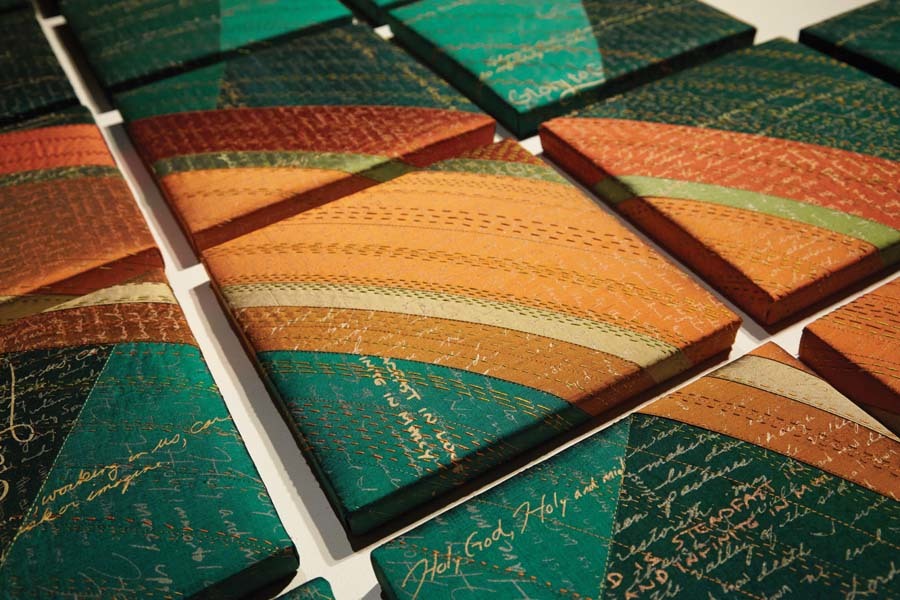 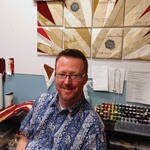 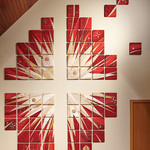 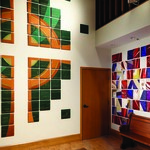 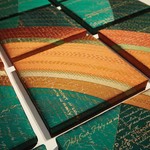 Textile and fiber arts have long associations with church and liturgy. Christ Church Cathedral is no exception, although it came a little later to the party. Founded as a low church parish from St James’ in the 19th Century, Archbishop Adam de Pencier sought for the parish to have broader churchmanship when he designated it the Cathedral in 1929. However, it wasn’t until Northcote Burke became dean in the 1950’s that the first coloured altar frontals were introduced. In 1975, then-assistant priest Bob Pynn applied to the Vancouver Foundation for funds to engage a liturgical arts coordinator. Over the years a number of textile artists including Adrian Ross, Mary Jane Muir and others helped enhance public worship and decorate the church. Sometimes this was a staff position, sometimes volunteer. For about 40 years there was an active liturgical arts guild—creating and stitching work that is still in use today.

Shortly after joining the parish in 1995, I began to work on some banner and seasonal decor projects with Polly Claydon who was head of the altar guild. In 1997, she personally commissioned me to create a set of blue advent vestments. They feature Cathedral music director Rupert Lang’s setting of the Great O Antiphons. The success of those projects encouraged me to enroll in the textile arts program at Capilano College. (While Capilano is now a University, sadly, the textile program was closed a couple of years ago.)

As an art student, the Cathedral gave me a place to focus a lot of my project work and acted as a laboratory for some experimentation. Over the next few years, I created two more sets of vestments (white and green) and helped coordinate seasonal decorations.

In the summer of 2012, parishioner Sheila Wex and I came up with an ambitious community project to create some quilts to help soften the acoustic and enhance the aesthetic of the parish hall. What began as a proposal for 18 quilts led to the creation of 27 panels that line the hall and adjacent corridors. The Common Threads Indigo Quilt Project started with about 40 volunteers who were brought together to learn how to dye with indigo, and to create patterns with various stitched and tied resists. The result was 90 yards of patterned cotton, linen and silk. Community members and friends were invited to take on making individual panels either independently or in groups. By January 2014, when the quilts were installed, 125 people had participated in the project.

There was something amazing in the way community was built. People who didn’t know each other before had become friends, shared their stories and faith journeys, and bonds were strengthened. I believe that there is something unique in the ability of textile media to engage people across such a broad spectrum of community. Perhaps it is that for many, picking up a needle and thread is considerably less intimidating than being asked to paint or to draw. Perhaps it is that cloth is so familiar to us, or that it feels so good to touch, to hold. Maybe we learned some basic stitches at the hand of a mother or grandmother and the muscle memory comes back in surprising ways. Stitching can be satisfying and somewhat addictive.

Out of the success of the indigo project, another ambitious idea began to coalesce. My husband, Dean Peter Elliott, invited me to consider another project—this time to decorate the west alcove that is used for healing prayer, lighting votive candles and quiet meditation. He wanted something that would signal the liturgical season and might feature a cross visible in the negative space between changeable panels.

There was also a strong desire in the parish for another community project. And there were a lot of materials at hand. When the Cathedral had done its interior restoration work in 2004, it decommissioned three altars and many of their associated hangings. Some were altered to fit the newly constructed altar, but many languished in storage. These sat alongside an amazing array of threads, trims and fabrics remaining from the liturgical arts guild. I also had surplus fabric and off-cuts from many liturgical and vestment projects.

In the fall of 2015, I made a formal proposal to Cathedral trustees for an 8-month artist residency to create 230 10”x10” textile panels mounted on cradled board. Trustees granted the request and elected to fund the project from part of an undesignated bequest from the estates of the Reverend Jim and Anne McCullum. The residency began in January 2016, and was completed by the end of October.

Because storage is almost non-existent at the Cathedral, I decided to have all the panels remain in the alcove, distributed at random on the adjacent walls when not in season. The space allowed for only three sets, so some seasons were combined—white and red for Easter through Pentecost, green (with copper to match existing vestments) for ordinary time and blue and purple for Advent and Lent. I computer drafted each of the three sets and printed full-scale templates for each individual panel.

In keeping with the community spirit, I wanted to make the connection between hand-work and meditative prayer practice. I invited the community to write out their favourite prayers from the Anglican tradition in their own hand—something universally Anglican becomes deeply personal. I scanned these and used selections to create silk-screens. We then printed these prayers on a number of the plain silks. Most of this printing is colour-on-colour to mimic some of the historic damasks that we would also be using. Once these base fabrics were ready, sewers pieced together each panel following the printed pattern. The next step was to embellish and stitch using the inherited materials from the liturgical arts guild. Often the stitchers gathered in the nave just outside the west alcove and spent the time quietly stitching, sharing techniques and stories, and talking to visitors.

As a part of the project, many additional liturgical pieces were created either from historic textiles, or to match vestments. Most notably, the large heavily embroidered centre panels of the 1950’s white and purple altar frontals have now been altered to make hangings for the ambo (aka lectern).

The work was installed as each set was completed and the whole project was dedicated on Reign of Christ, Sunday, November 20, 2016.

I am grateful to the Cathedral trustees, staff and parishioners for their support of this community project. It was an incredible privilege to transform a little office into a working textile studio that in turn allowed 65 people to transform boxes of materials into a lasting work of art. Thank you all.

For me, this project is a reflection of the Body of Christ—each panel stands alone as an individual work of art, but when assembled they point to something far greater than the simple sum of the parts. And remember those prayers? The pages are mounted within each of the completed panels—hidden from sight, but known to God.

Please find below a video put together by Thomas and Martin Knowles which contains some information about The Prayers of the Church textile project along with a time-lapse of how the work changes over a liturgical year.