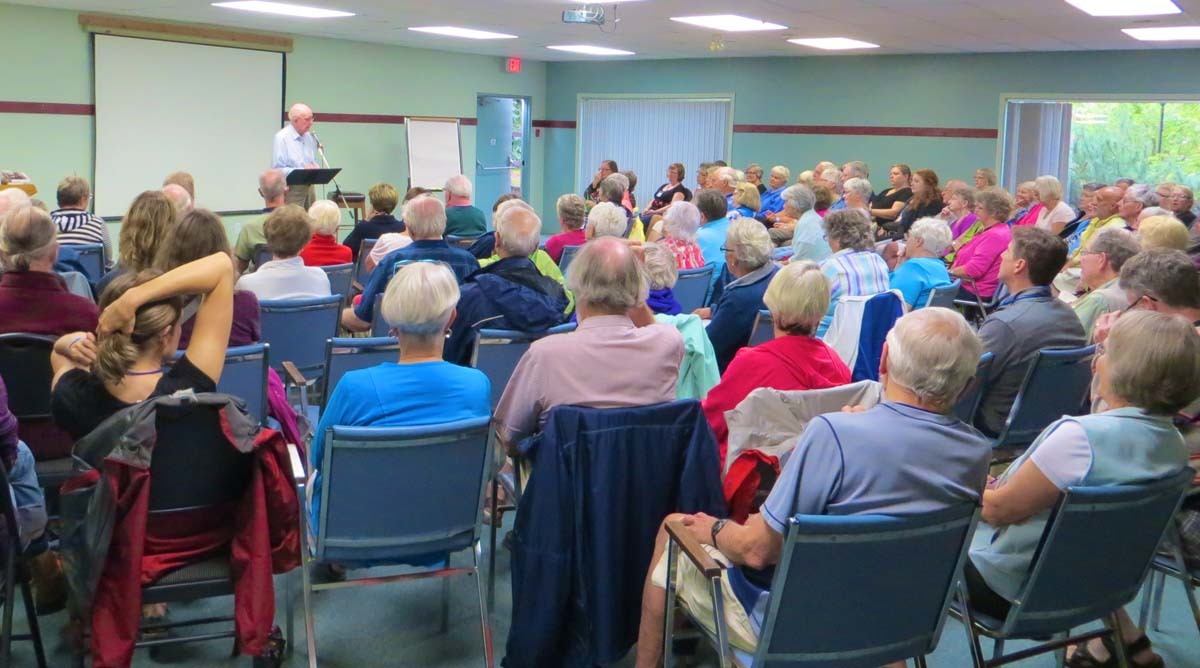 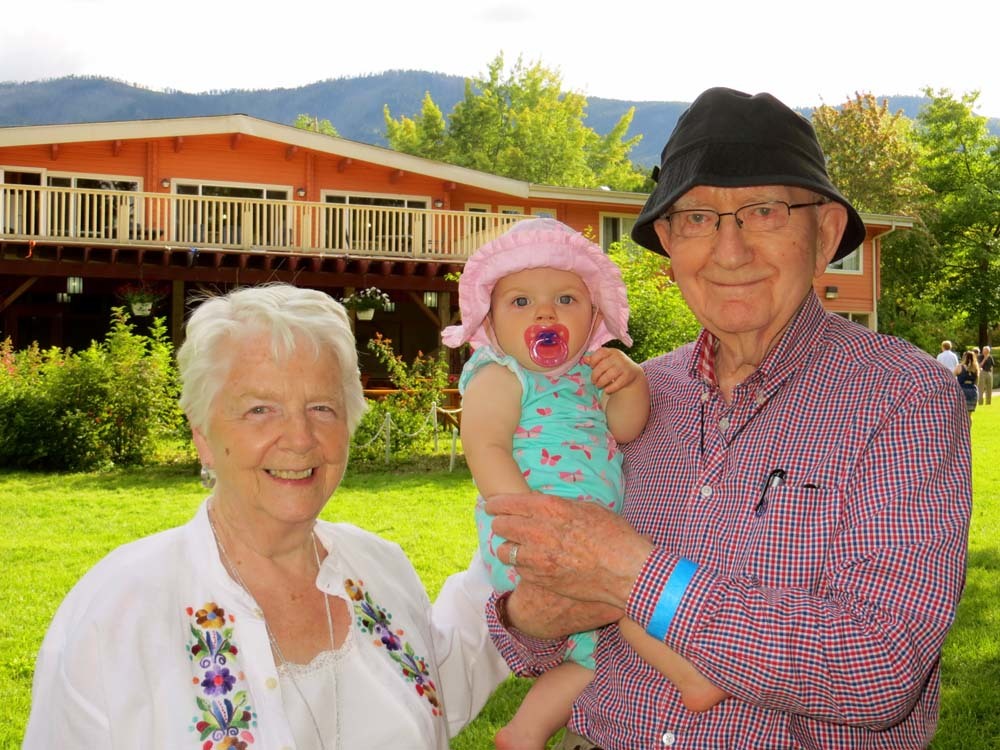 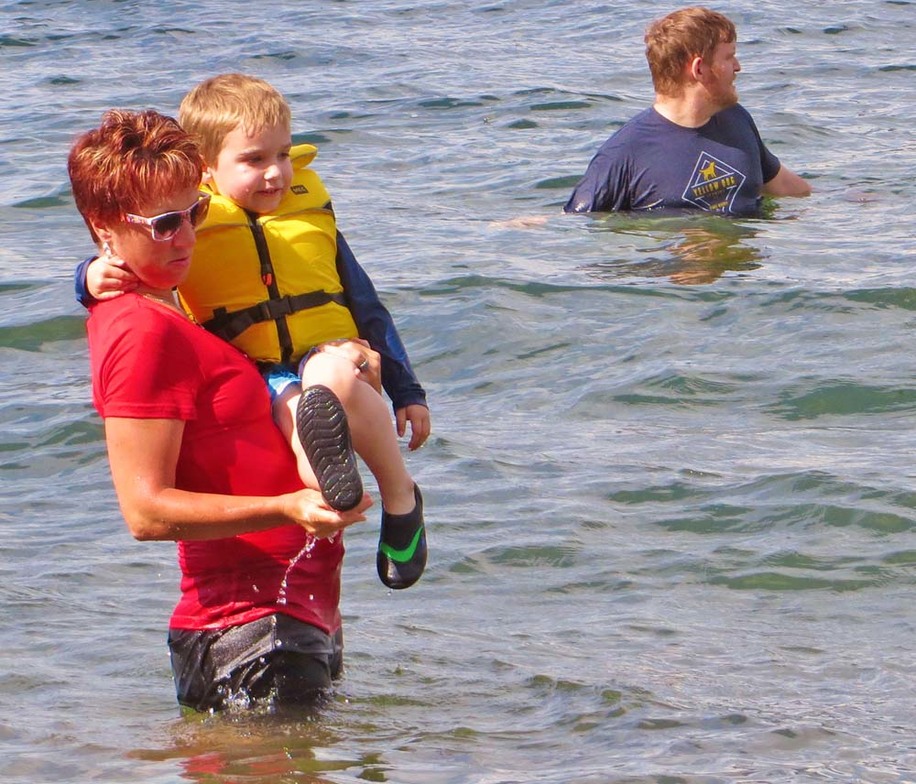 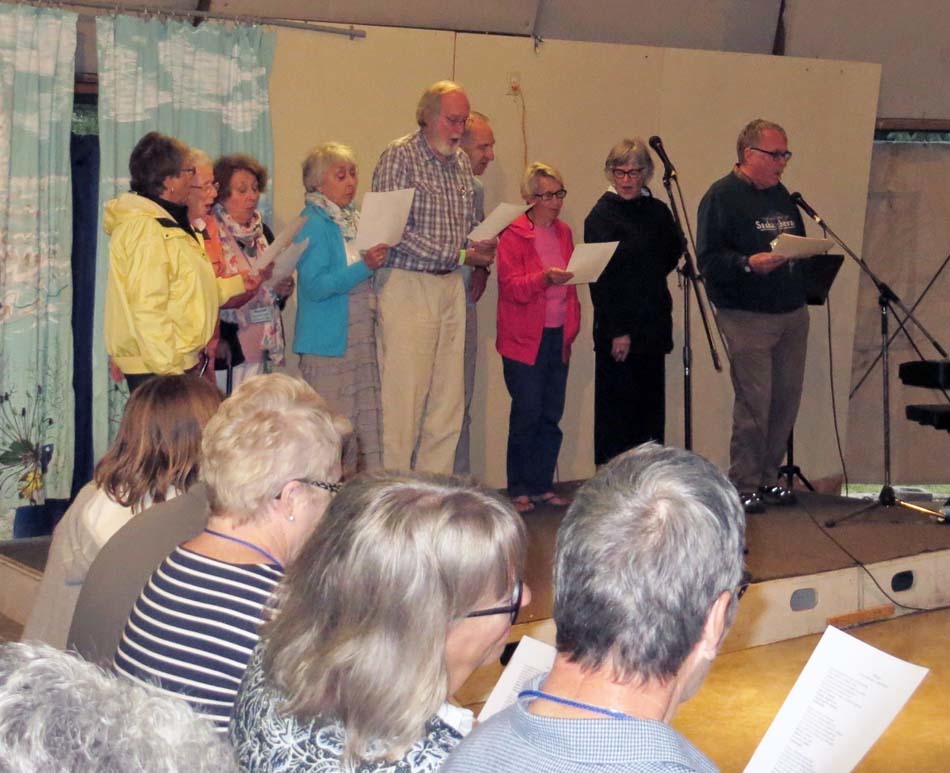 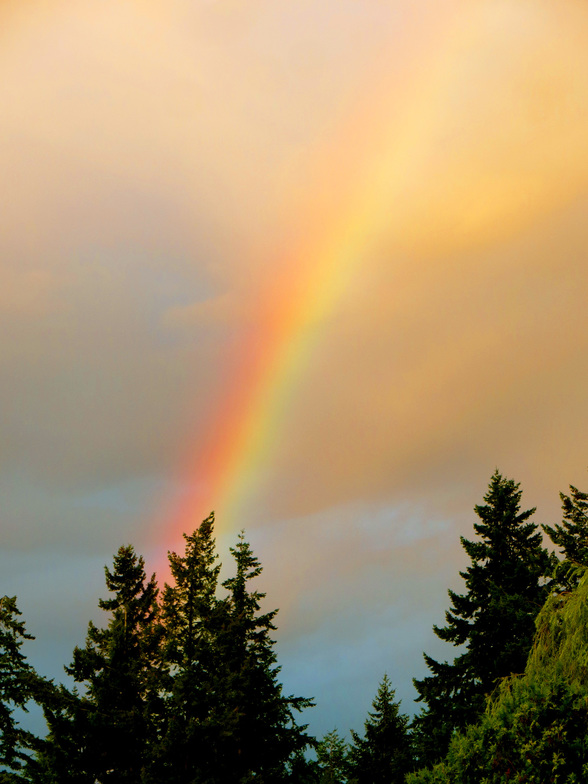 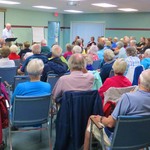 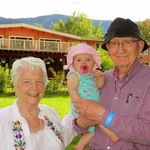 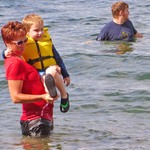 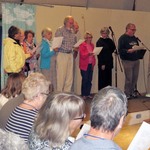 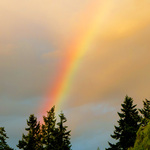 The 2016 Sorrento Centre summer course programming got off to a wonderful start, under the leadership of the Reverend Canon Herbert O’Driscoll during the week of July 10-16th. O’Driscoll, along with course co-leader the Reverend Canon Dr. Richard LeSueur (rector of St. George’s, Cadboro Bay) led the course participants in an examination of the life, mission and timeless message of St. Paul the Apostle entitled “A Distant Mirror”.

On the Tuesday night, July 12, O’Driscoll gave a public lecture to a capacity crowd in the Centres’ Caritas building conference room. The lecture, all about the timeless works of C.S. Lewis, was entitled “The Man Who Discovered Narnia”, and included excerpts from (and O’Driscoll’s reflections of) Lewis’s Narnia series, Mere Christianity and The Screwtape Letters.

Canon O’Driscoll and his wife Paula were blessed to have four generations of their family on site for the week, which included three of their four children, three grandchildren and two great grandchildren.

The worship leaders for the week were the high energy and inspiring duo of Kevin Zakresky and the Reverend Jay Koyle. Zakresky is the music director at St. Helen’s in Vancouver, and Koyle is a congregational development officer from the Diocese of Algoma in Ontario. Koyle also gave the homily at the closing Eucharist on Friday, in the outdoor chapel St. Francis.

The weather was uncharacteristically rainy for July, and there were several bouts of thunder and lightning throughout the week which added some extra excitement and kept those in attendance who were sleeping in tents on their toes! Following one such weather event, a double rainbow appeared over the Centre shortly after the General Synod of the Anglican Church of Canada formally passed the same sex marriage motion, and this coincidental symbolism was noted by several who witnessed it.

In addition to the course component, the week included many favourite Sorrento Centre traditions including: campfire/singalong night at the beach, Variety Night, the water fight on the Centres’ large field, tour of the Sorrento Centre farm, open house at St. Mary’s Anglican-United Church in the town of Sorrento, and the dance on Friday night in Kekuli, the Centres’ outdoor covered amphitheatre. All of these annual activities are multi-generational and serve as a great bonding time amongst staff, guests, children and adults alike on the Centre site each week in the summer.

Sorrento Centre Executive Director, the Reverend Louise Peters provided graceful, warm and enthusiastic leadership to all who were there for the week, and her genuine commitment to all who love and attend Sorrento Centre was felt by all.

Please have a look at this video done by Herbert O’Driscoll articulating the sacred space which is Sorrento Centre.

For more photos and captions check out Anglican Conversation - the Diocese of New Westminster's Facebook Page.