A Rare and Unique Talent 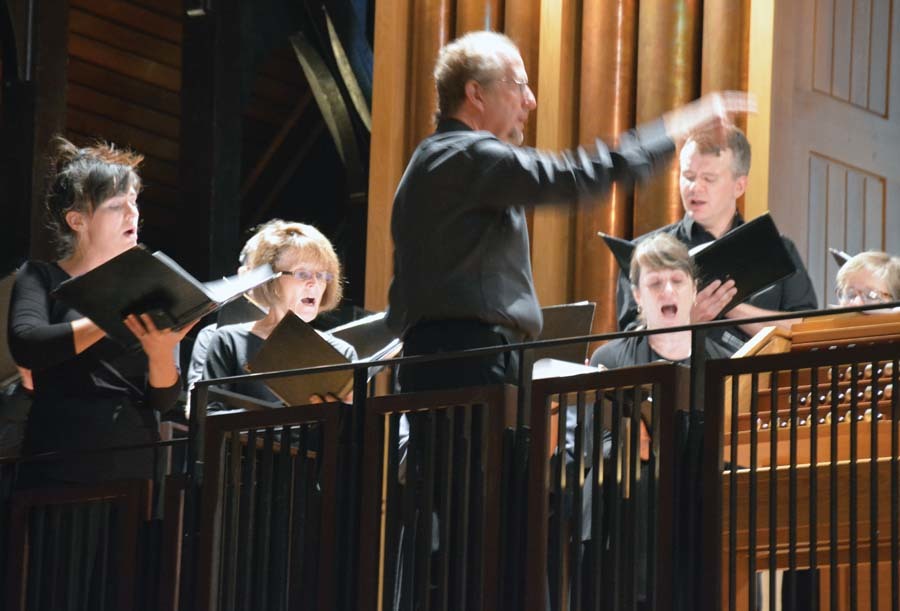 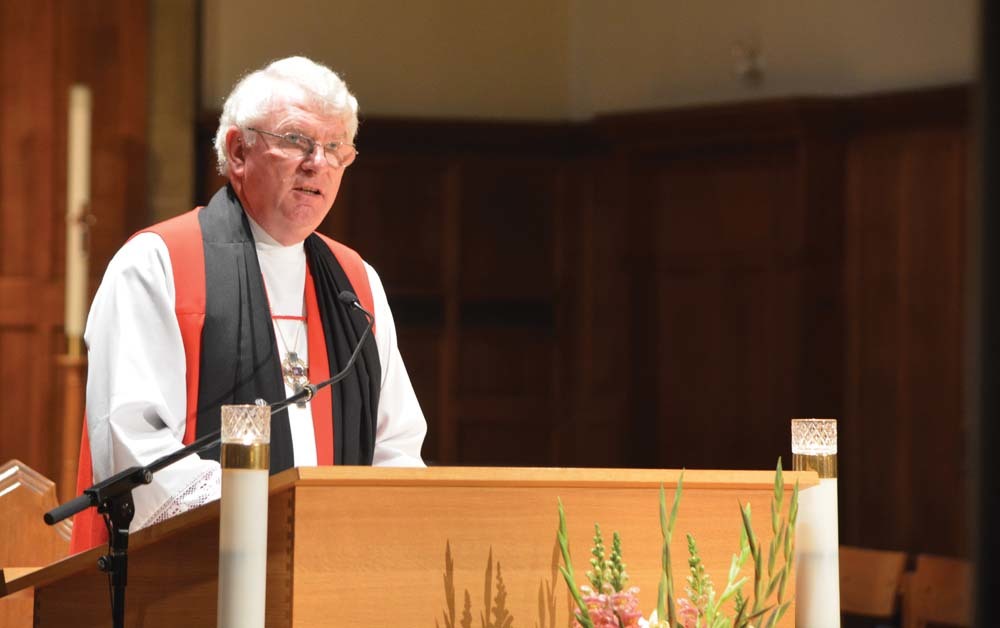 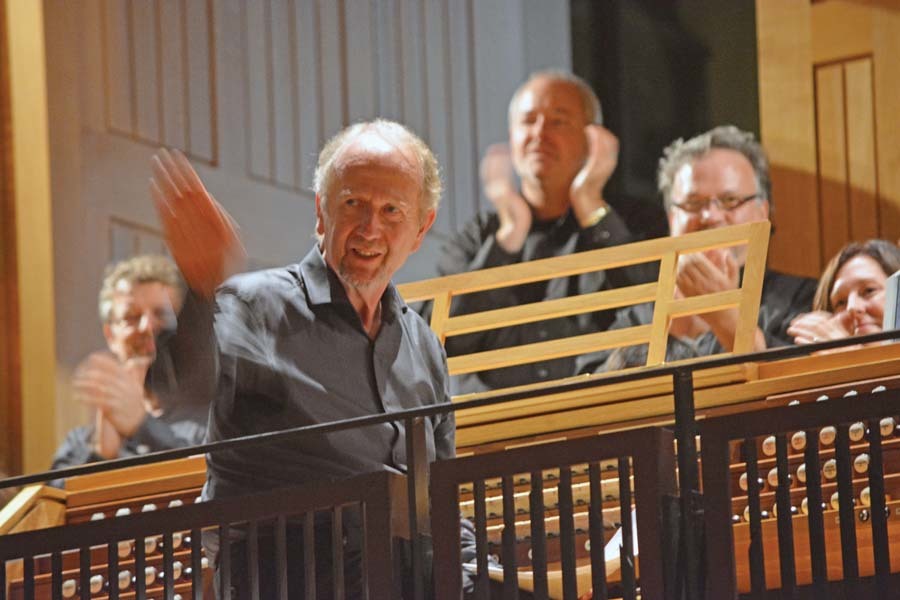 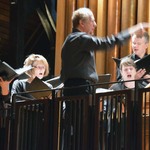 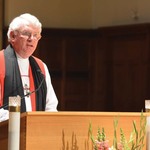 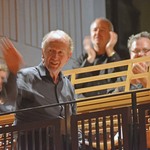 Sunday, September 25, 2016, was an eventful day in North America. Golfing legend Arnold Palmer, the man who revolutionized the sport by making it accessible to millions largely because of his personal magnetism, and his ability to showcase the game on television, therefore making it accessible to more than just the Country Club elite, died at the age of 87. One of the most charismatic and beloved young pitchers in Major League baseball, Jose Fernadez who defected from Cuba at 15 and went on to become one of baseball's brightest stars, was killed early in the morning in a boating accident near his home is South Florida. He was 24. The day before, Vin Scully who for 67 years had been the radio voice of the Brooklyn/L.A. Dodgers MLB team broadcast his final game, sang a moving rendition of Bette Midler’s “You are the Wind Beneath My Wings” and retired at the age of 88.

Closer to home, the Duke and Duchess of Cambridge began an historic visit to Vancouver at Jack Poole plaza at 10:30am as a component of what is a very rare event, a visit to this part of the world by members of the British Royal Family. And very early in the morning, Calgary Stampeder’s rookie defensive back Mylan Hicks was shot and killed outside a Calgary nightclub where he and teammates were celebrating a come-from-behind victory earlier on September 24. The death of a 23 year old is tragic enough but the sad irony here is that Hicks grew up in Detroit, a city that is often thought of as dangerous, a lot more dangerous than Calgary.

There were other happenings of note on that day and probably many more I don’t know about, but I do know that at 3 pm, September 25 there was another significant event, a Celebration of Evensong for St. Michael and All Angels at Christ Church Cathedral (CCC), Vancouver. The Evensong was also in celebration and recognition of CCC's Organist and Director of Music, Rupert Lang's 30 years of extraordinary music ministry emanating from the church in the heart of downtown Vancouver at 690 Burrard.

Dean and rector of Christ Church Cathedral, the Very Reverend Peter Elliott had sent out an email blast to the CCC community earlier in the week and this is what he wrote:

“It was in August 1986 that a search committee led by then Dean, Jim Cruickshank invited Rupert Lang to come to Christ Church Cathedral from West Vancouver United Church. Rupert was uniquely qualified to be Cathedral Organist and Director of Music, having grown up in the Anglican Church (his father was a priest) and having studied at the Royal School of Church Music and at Cambridge University with the renowned organist and choral director George Guest. His first few years were tumultuous ones at the Cathedral as Dean Cruickshank introduced big changes to the liturgical life of the congregation by combining two morning services (9:30am and 11:15am) into one service at 10:30am. The two liturgies had very different musical styles and Rupert was charged with finding settings that might appeal to those who loved traditional music and those who loved contemporary song. Of course he did this by writing something new altogether, the mass setting Terra Nova….to bring these worlds together. Even 20+ years later, to my ears, it sounds fresh and still intrigues listeners with its combination of melody and electronic music.  (The Mass setting that was used for the main Sunday Celebration of the Eucharist at CCC at 10:30am, September 25 was Lang's Missa Terra Nova. Editor)

There's much more that can be said about Rupert - but he is the first to move 'out of the spotlight' preferring to see his role as enabling community song in service of the worship of God.”

Under Rupert's direction and organ accompaniment, Cathedral Choir, consisting of the current core with the addition of a number of past and auxiliary (those who sing in the choir for special liturgies and events, many who are now in other parishes and some who have retired) members led the music in worship. The repertoire included: Paul Halley's "Responses"; Stanford's "Magnificat"; Holst's "Nunc Dimittis" (the rendition of the Holst under Rupert's skilled and sensitive direction was transcendent); and one of Rupert Lang's Psalm settings for Psalm 8 "O Lord our God, how glorious is your name in all the earth."

The music was sublime, but this Evensong wasn't just music, the Right Reverend Michael Ingham, retired bishop of the Diocese of New Westminster was the guest preacher, and his homily, theologically grounded in the examination of the Feast of St. Michael and All Angels was also a tribute to Rupert Lang. It was heartfelt, touching and very funny. After a few opening remarks about the Second Lesson text, Revelation 12: 7-12 Bishop Ingham read a section:

He then paused and continued...

"This ancient myth – for it is a myth – was a way of rescuing the intellectual problem. Evil is not the design or intention of God, but the result of rebellion against God. Humans have not created evil but must suffer from it. The origins of evil lie in heaven and from heaven, therefore, must come its defeat. For some reason I don’t understand, why we’ve chosen today, and this story of war in heaven, to celebrate Rupert’s 30th anniversary! To my mind, war and Rupert do not belong in the same thought. Rupert, as we all know, is a mild-mannered fellow, shy, introverted, and brilliant. Perhaps it’s because our story today features angels – but that really doesn’t work either, does it."

Needless to say, the preceding paragraph led to a great deal of laughter in the nave and organ gallery at Christ Church Cathedral.

Bishop Ingham continued his address providing some information about how Rupert Lang came to Christ Church Cathedral. Rupert had reported that he was surprised to have been appointed to the position, as he had feared he was too young and inexperienced and the other candidates too formidable. Bishop Ingham also included his memories of Terra Nova:

“When I first met him he had written the “Missa Terra Nova - Mass for a New Earth” which employed the soaring and majestic sounds of a moog synthesizer blasting through the audio speakers of this Cathedral. When he first played it, sitting at his weird electronic keyboard at the back of the church, one of the parishioners, Mary Patrick (God rest her soul), walked back to him and said ‘Turn that damned thing off!”’

Bishop Ingham continued to share some stories about Rupert Lang’s career at Christ Church Cathedral including the first official concert of the then brand new Kenneth Jones tracker action organ in February of 2006, featuring the late organist, John Scott. Some wire and dust had gotten into the organ cases causing one of the keys to stick which somewhat shortened the performance. But the bishop saved his most heartfelt words for his reflection about Rupert’s well-known piece, “Kontakion”:

“Rupert will be embarrassed if I say – but I do want to say – that the music in this Cathedral over the last 30 years has enabled many people to murmur in the quiet of their hearts – this is the house of God. This is the gate of heaven.

It was here once, in the dead of night, that Rupert came in search of an answer. He had been commissioned to compose a piece of music for Chor Leoni to be performed on Remembrance Day. As the day drew nearer, Rupert’s creativity abandoned him. No muse spoke. God was silent. In a certain anxiety of spirit, he let himself into the building, long after midnight, and sat alone at the piano.

He picked up a prayer book. The pages fell open to the funeral liturgy, and his eyes saw the words “Give rest unto your servants with your saints, O God, where there is neither pain nor sorrow, neither sighing but life everlasting.” And in a moment of epiphany the music came to him. Today we have one of the most beautiful and timeless compositions ever to emerge from this place. Rupert’s gorgeous Kontakion is now performed all over the world.”

There is much more content to share from Bishop Michael Ingham’s sermon and I commend it to you. The text and a video are available here on the world wide by clicking this link.

As the closing words of Bishop Ingham’s address echoed and quickly faded away in the CCC sanctuary, the congregation stood up, turned to the south, looked up to where Rupert was seated on the organ bench and began to applaud. Rupert Lang visibly moved by the ovation acknowledged the tribute with a wave and a smile. He then led the Cathedral Choir as they sang the anthem, Edward Bairstow’s “Let All Mortal Flesh Keep Silence.”

Following the anthem, the congregation joined in the singing of the Closing/Offertory Hymn, the Stanford setting of “When in our Music God is Glorified”, the choir singing the fourth verse featuring a gorgeous re-harmonization of the text which was perfect for this occasion:

“And did not Jesus sing a psalm that night

When utmost evil strove against the Light?

Then let us sing, for whom he won the fight,

The worship concluded with E. W. Naylor’s setting of the “Final Responses”, the congregation were Blessed, Dismissed and then many of the choristers descended from the loft to listen from the nave as Rupert Lang played his own composition, "Toccata,” a piece that showcased Rupert’s exceptional skill as an organist and his incredible compositional gifts. There is a video of a section of the performance recorded on a smart phone by the Reverend Scott Gould available by clicking the link.

In closing, here are the three paragraphs with which Bishop Michael Ingham concluded his homily:

“I asked Rupert just recently what was his best moment in the last 30 years. He said it was the day he was offered the job in 1986. He hadn’t expected to get it. He was young and unknown and up against other more established applicants. It’s typical of his humility, and even his occasional self-doubt, that he would not count himself worthy of such an opportunity.

But the Cathedral saw his talent, and sensed his potential. That was three decades ago. He is no longer unknown. He is no longer young. But he remains a rare and unique talent. He has opened our hearts to God in a way few others are able. He has enriched our lives. His name shall be honoured here as long as this Cathedral stands.

More photographs with captions are available on Anglican Coversation, the Diocese of New Westminster's Facebook page.