Ordinations in the Holy Church of God at Christ Church Cathedral, December 12, 2020 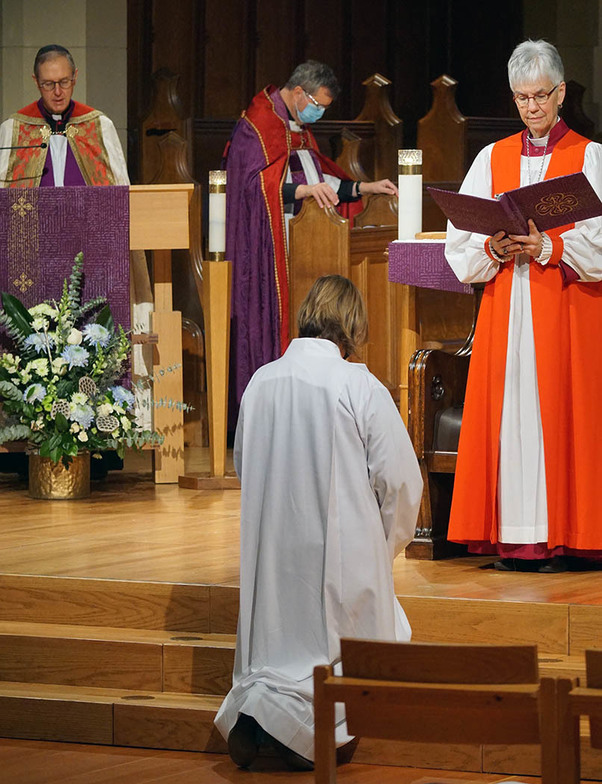 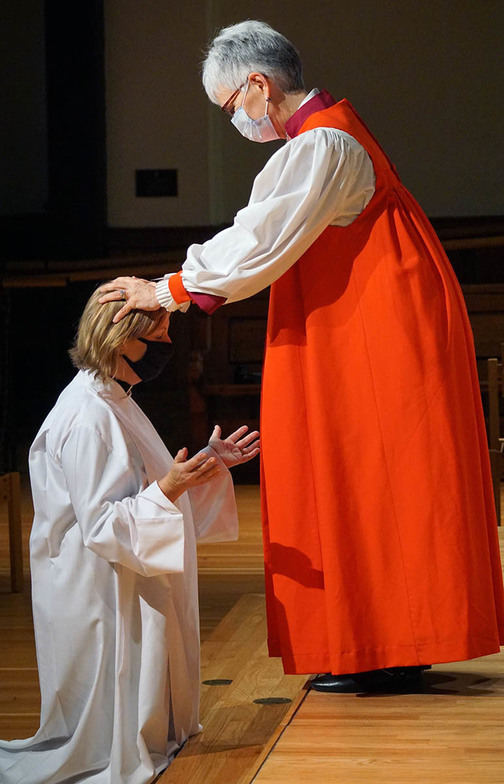 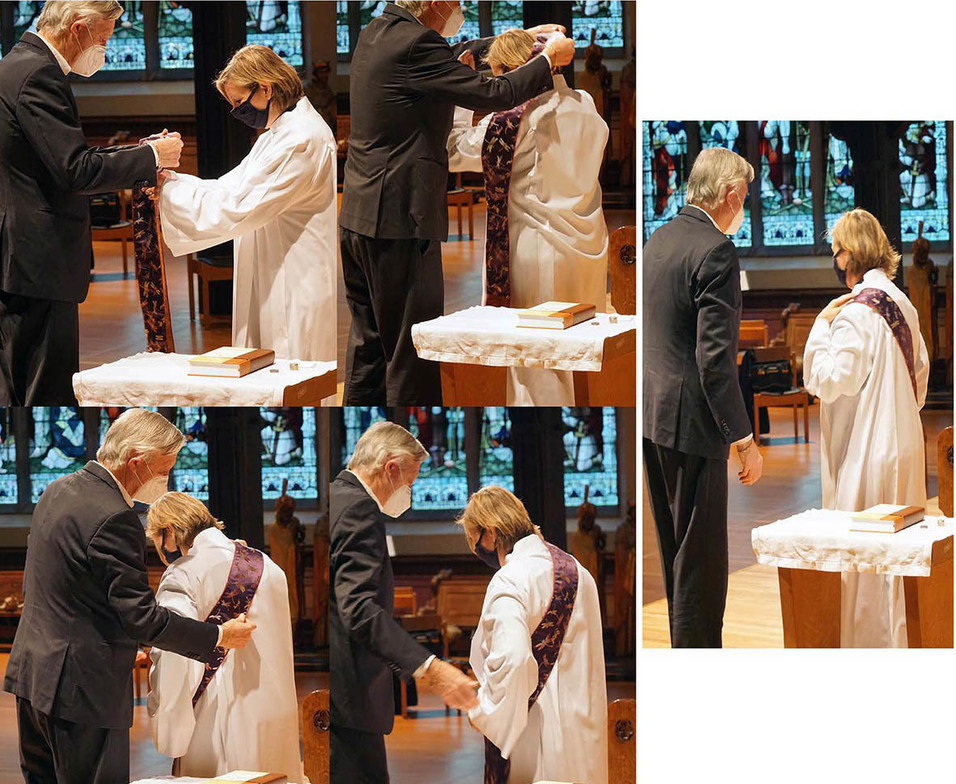 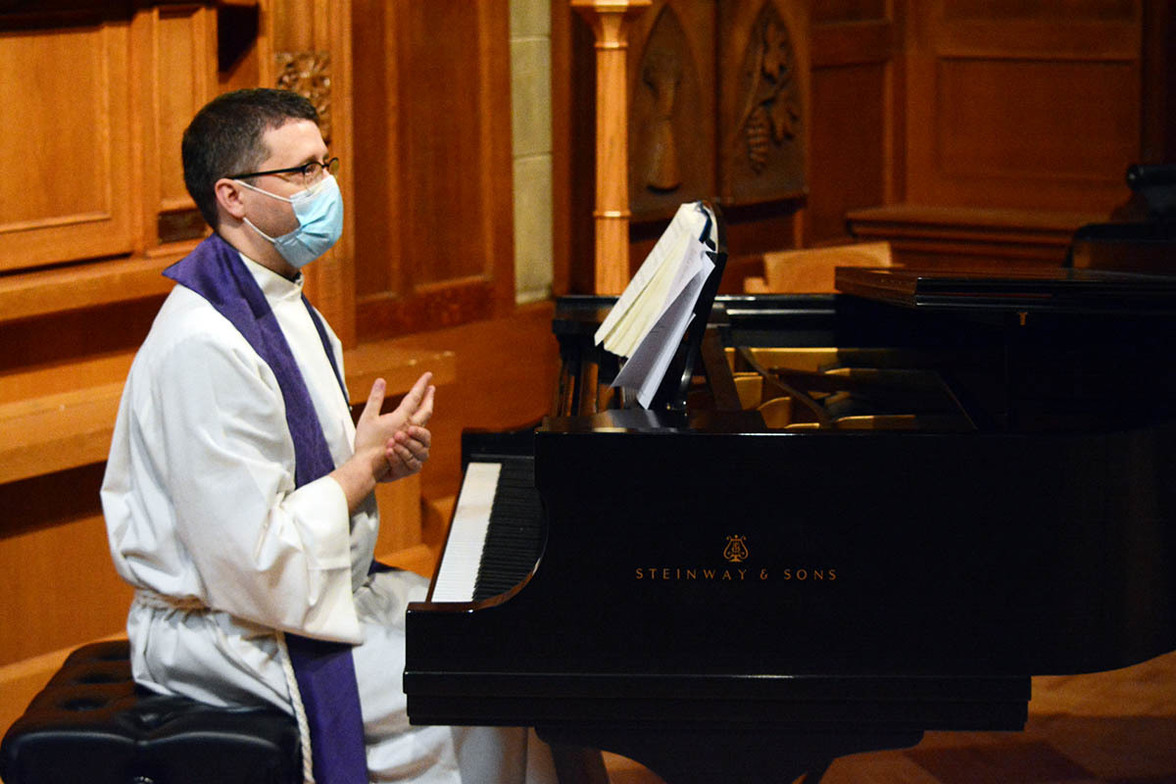 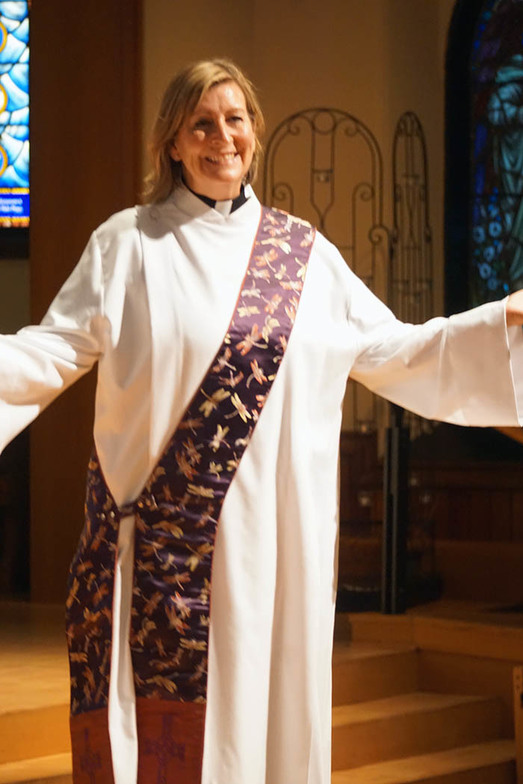 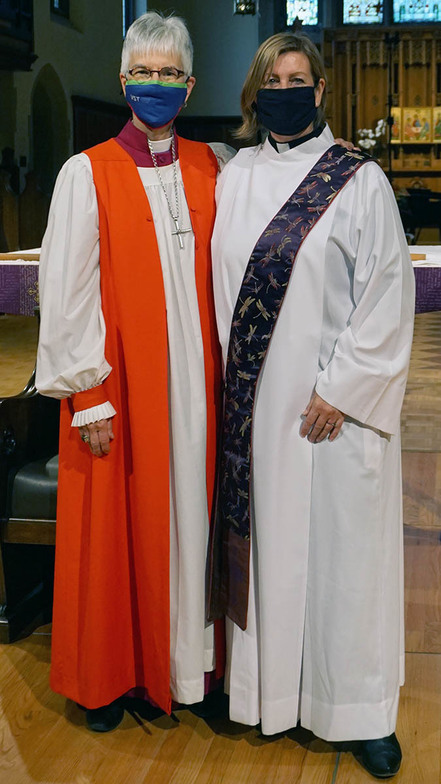 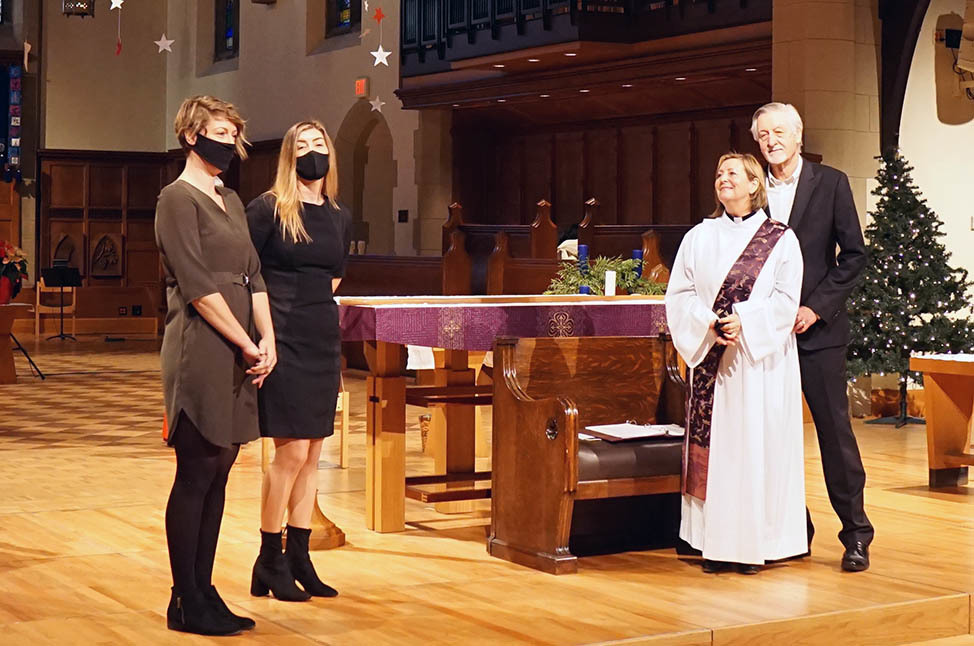 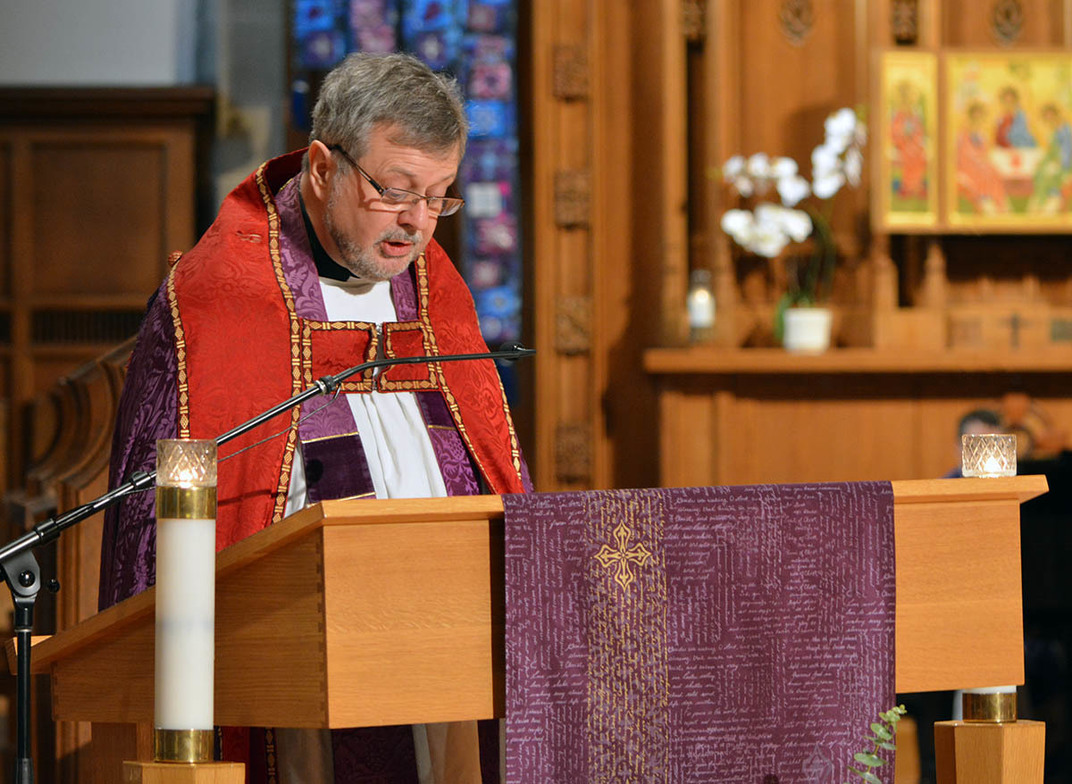 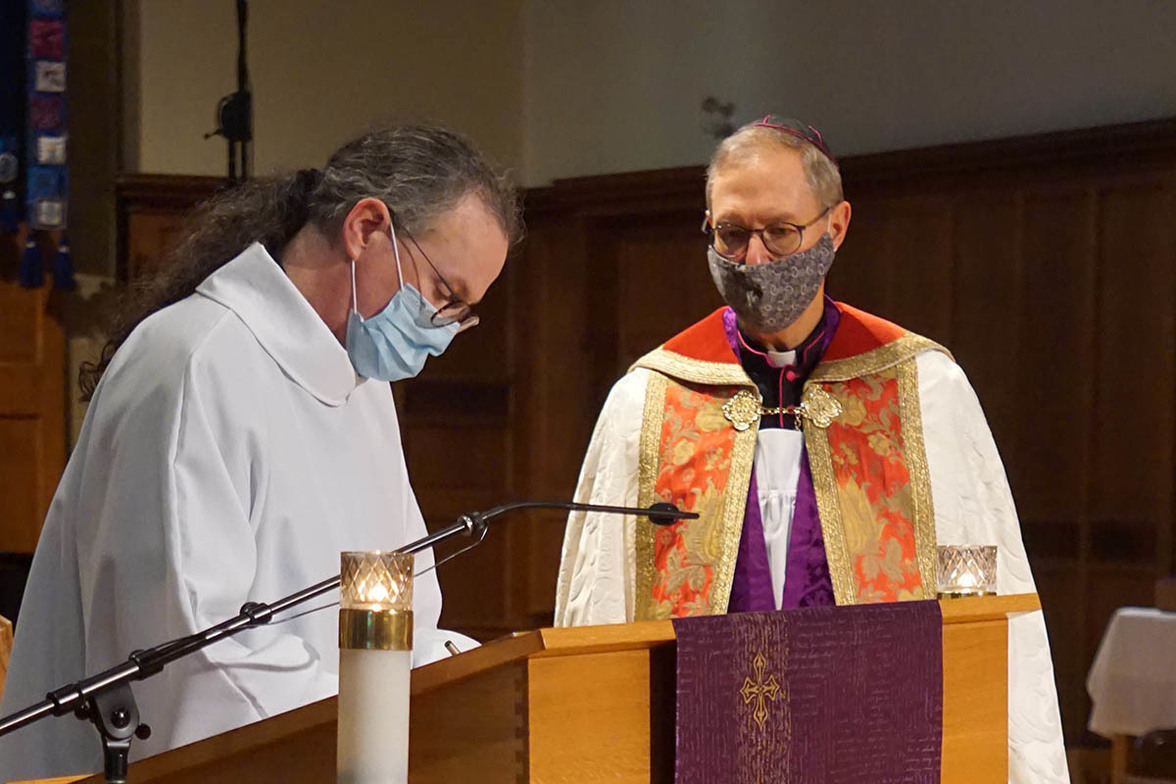 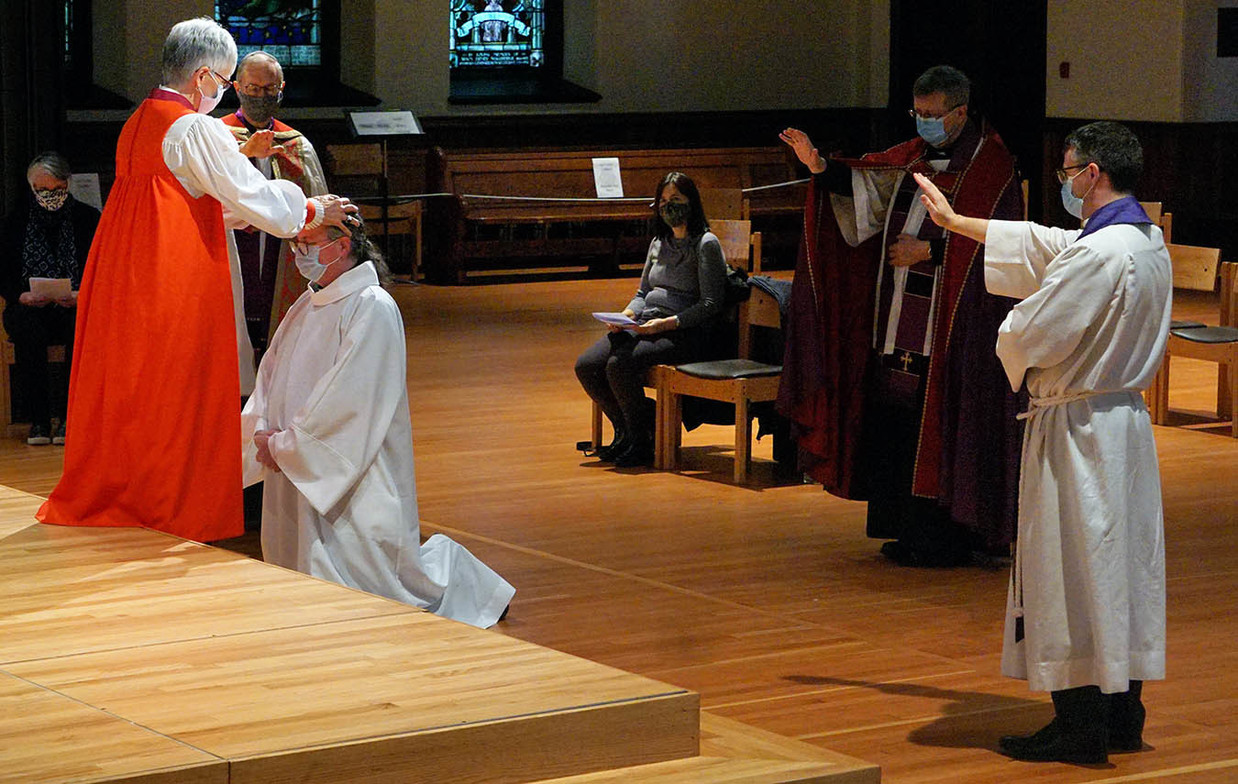 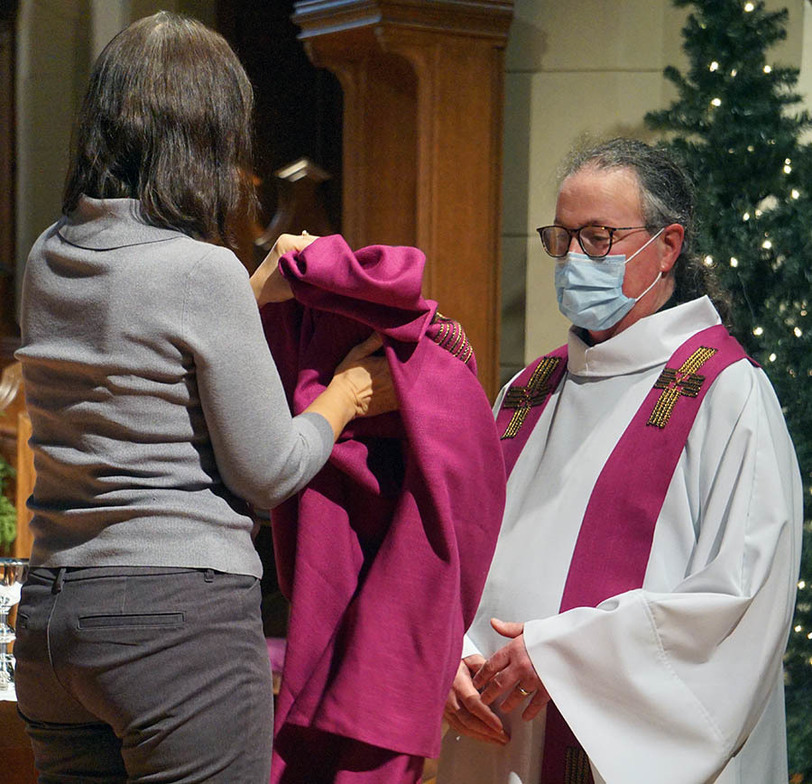 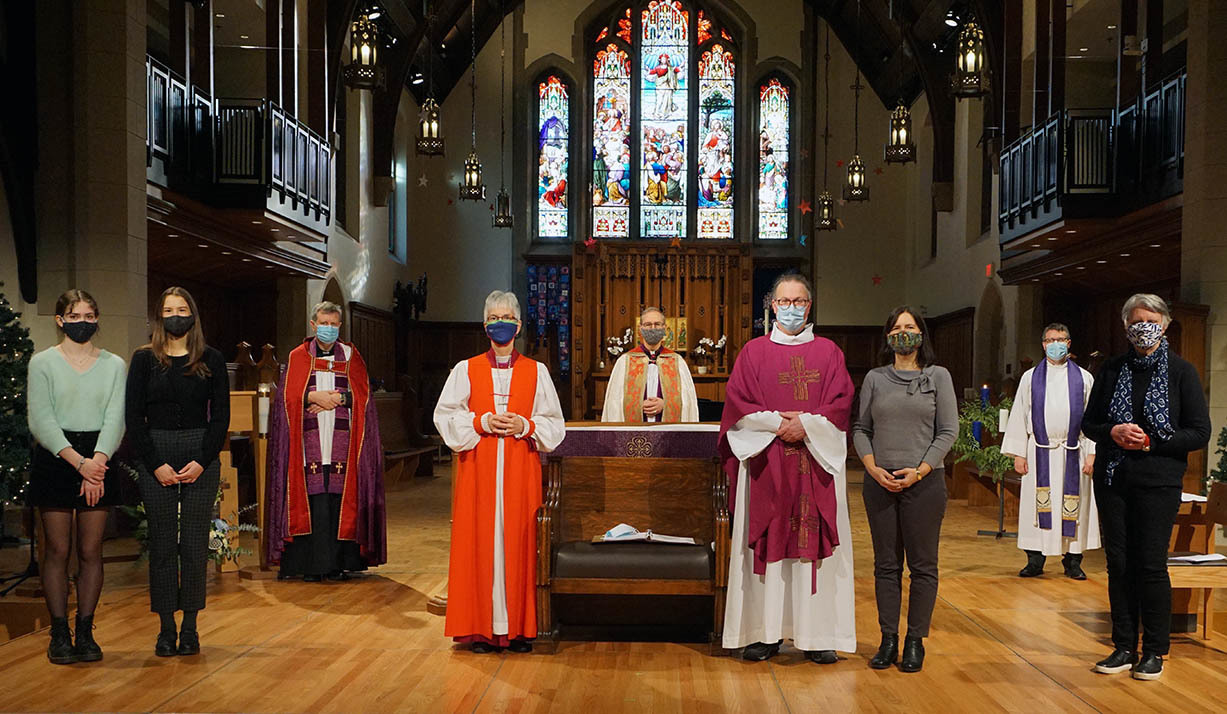 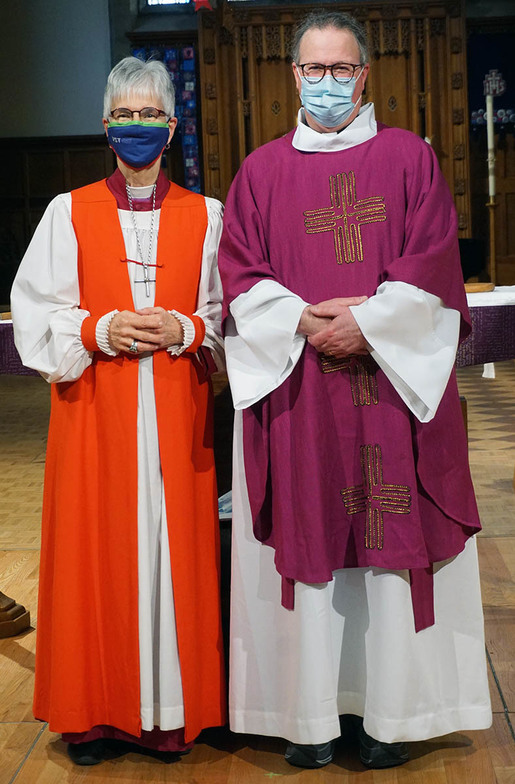 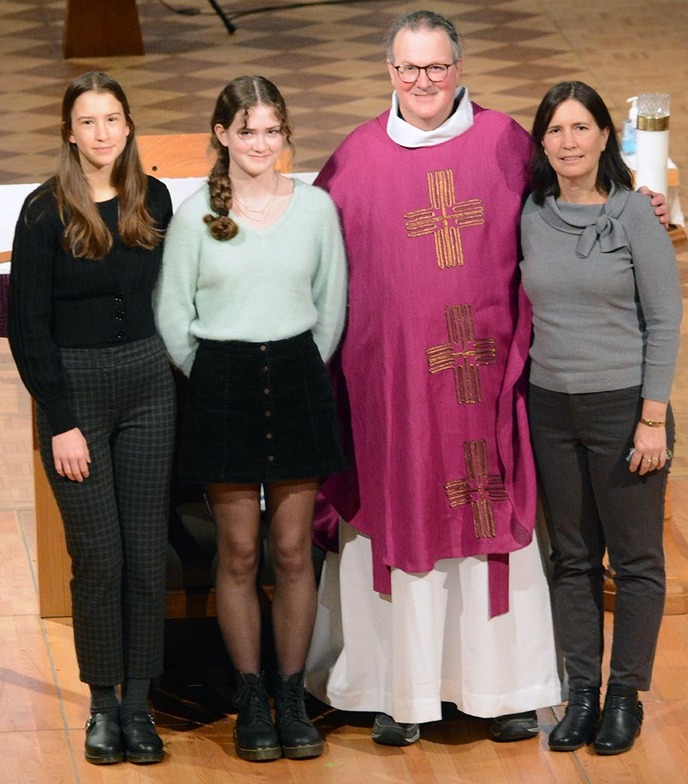 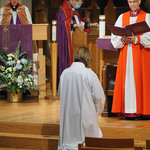 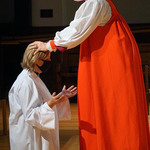 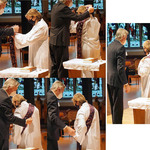 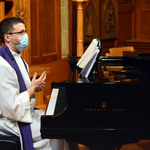 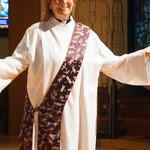 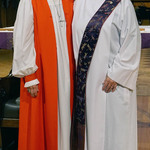 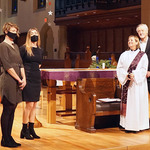 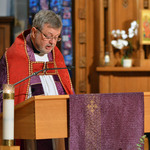 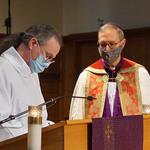 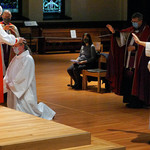 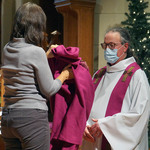 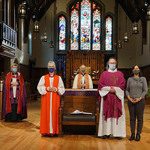 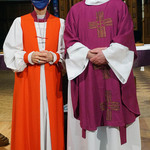 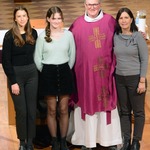 On Saturday, December 12, 2020, there were two Liturgies of the Word celebrated at Christ Church Cathedral and in each of those liturgies there was an ordination.  Due to the orders currently in place from the Provincial Health Officer regarding COVID-19, attendance was restricted to a total of 10 people at each. An ordination like a baptism, marriage or funeral is a major life event. Prior, between and following the liturgies, Christ Church Cathedral staff thoroughly sanitized the surfaces and furniture.

The first liturgy began at 10am, and the ordinand was Lorie Martin, raised up by the Parish of St. Dunstan’s, Aldergrove. The now-Reverend Martin is very active in ministry at St. Dunstan’s and is the Co-Director of St. Dunstan’s Centre for Spiritual Renewal. Rev. Martin was ordained by Archbishop Skelton to the transitional diaconate and is on the path to the priesthood. The second service began at 12:30pm and the ordinand was the Reverend Steve Black who had been ordained to the transitional diaconate, June 20, 2020. Rev. Black was raised up by the Parish of Christ Church Cathedral and for much of this year has been Assistant Curate at All Saints, Ladner. He has also been finishing some training in pastoral care. Archbishop Skelton has appointed Rev. Black, Vicar of St. Hilda-by-the-Sea, Sechelt and he will begin that ministry January 1, 2021.

Archbishop Melissa Skelton was the Officiant for the Sacraments of Ordination. The Venerable Fr. Kevin Hunt, Rector of St. James, Vancouver and Archdeacon of Burrard, preached and led Psalm 40:1-11 at both liturgies. Fr. Kevin also presented Rev. Black for ordination and participated in the physically distanced laying on of hands during the Consecration of a Priest section of the second service. Fr. Kevin took the Epistle, Philippians 4: 4-9 for his text.

(Here is a link to a video and audio recording from the 10am liturgy and a copy of the sermon text.)

The Reverend David Taylor, Rector of St. Dunstan's was the pianist, cantor, and gospeller, proclaiming the Gospel for the day, Matthew 9: 35-38. Rev. Taylor who is Co-Director of St. Dunstan’s Centre for Spiritual Renewal was the clergy presenter for Rev. Martin and also participated in the physically distanced laying on of hands, priesting Rev. Black. The Venerable Fr. Douglas Fenton, Executive Archdeacon of the Diocese of New Westminster and Archdeacon of Vancouver led the litany and was there in his roles as administrator and signatory of and for the Declaration, Oath and Subscriptions at both liturgies.

Both ordinands were attended by the aforementioned clergy presenters, a lay presenter, their spouses and two daughters. Rev. Lorie Martin’s lay presenter was Jacqui Pesek who shared the Old Testament reading, Isaiah 6:1-8, and her daughter, Jessica read the Epsitle, Philippians 4:4-9. Rev. Martin’s husband Dwight participated in the vesting according to the order of deacons. Rev. Black’s presenter was Dr. Megan Otton of the Parish of Christ Church Cathedral who has served with Rev. Black for many years as a Liturgical Assistant. Dr. Otton also read the passage from the Book of Isaiah. Rev. Black’s spouse, Rhonda read the Epistle and assisted Rev. Black vest according to the order of priests.

Rev. Taylor set the tone for worship prior to the Processions playing a Piano Prelude based on composer John Cosin’s setting of "Veni Creator Spiritus". He also led the music in worship singing the Gradual Hymn, "Fairest Lord Jesus" and the ancient text of "Veni Creator Spiritus" during the prayers following the Litany and prior to the Consecrations.

Although there were few in attendance, the Holy Spirit was present. These services were certainly different than the standard ordination Eucharist, however, both liturgies were joyful and prayerful. The Celebration of the Eucharist was certainly missed, however the other elements of the worship were not diminished in any way by the limits of the COVID-19 protocols.

Please pray for the Reverend Lorie Martin, the Reverend Stephen Black, their families and their faith communities, St. Dunstan’s, Aldergrove and St. Hilda’s, Sechelt as they move forward into the next phases of their ministry and Christian witness.

There are two Facebook albums with many more photos and captions, they are located here: