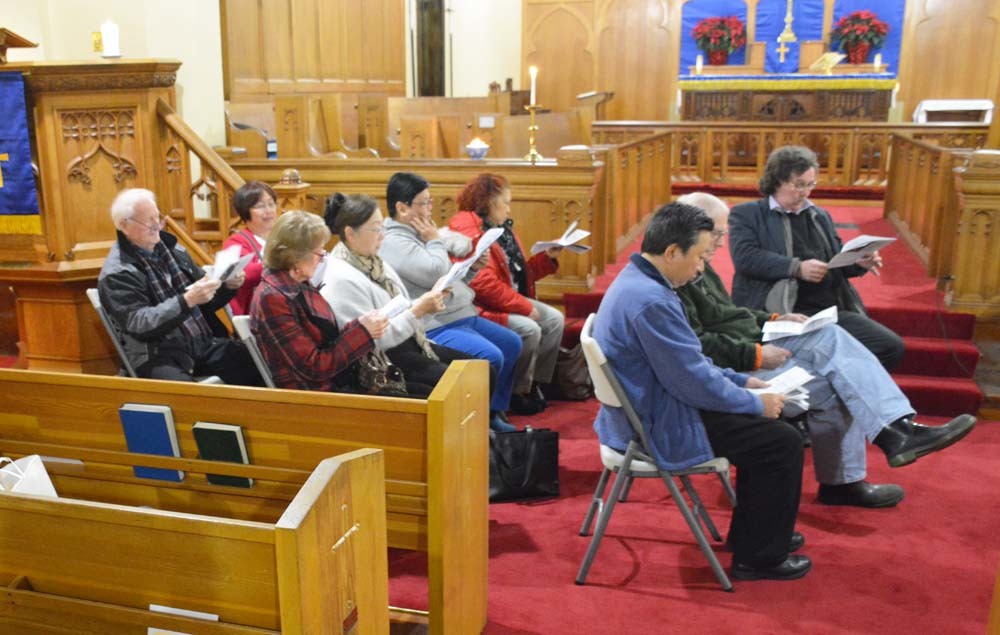 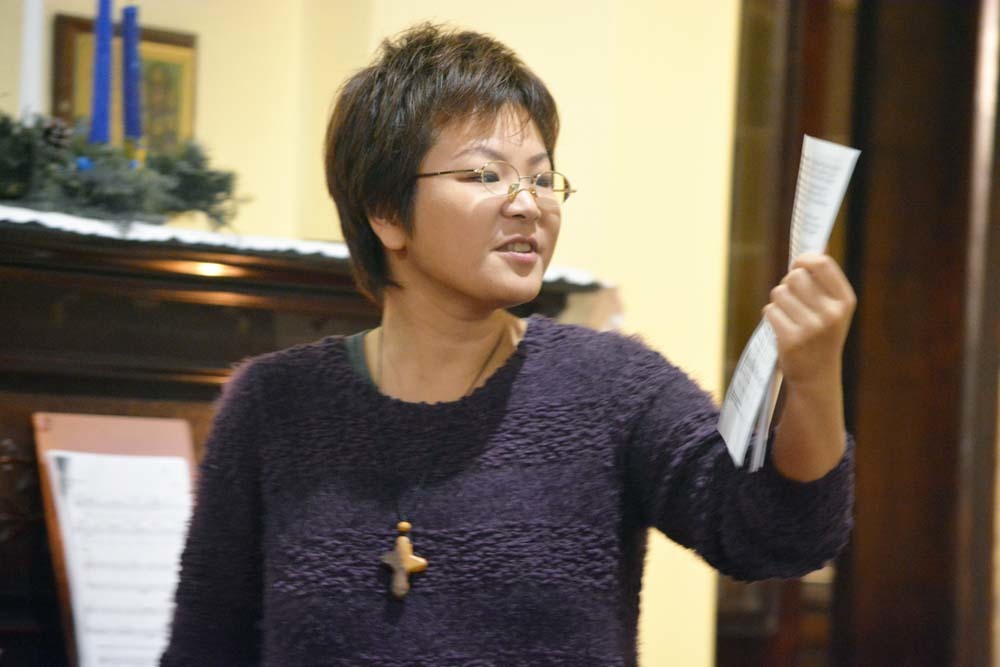 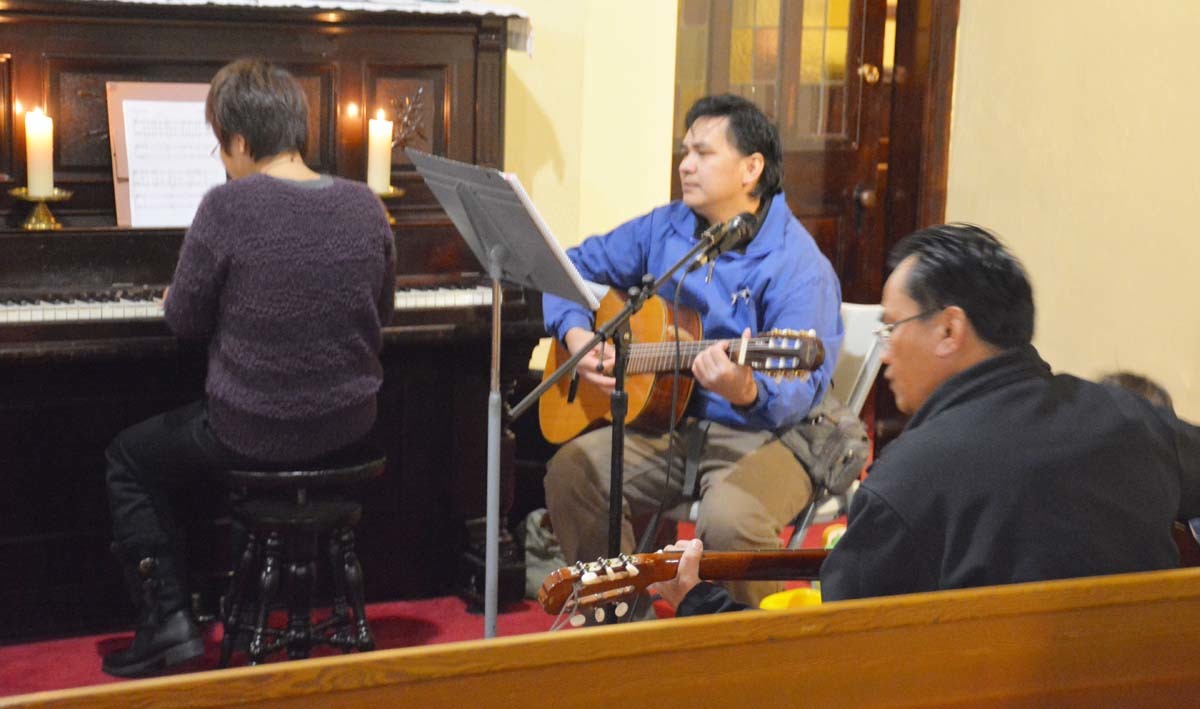 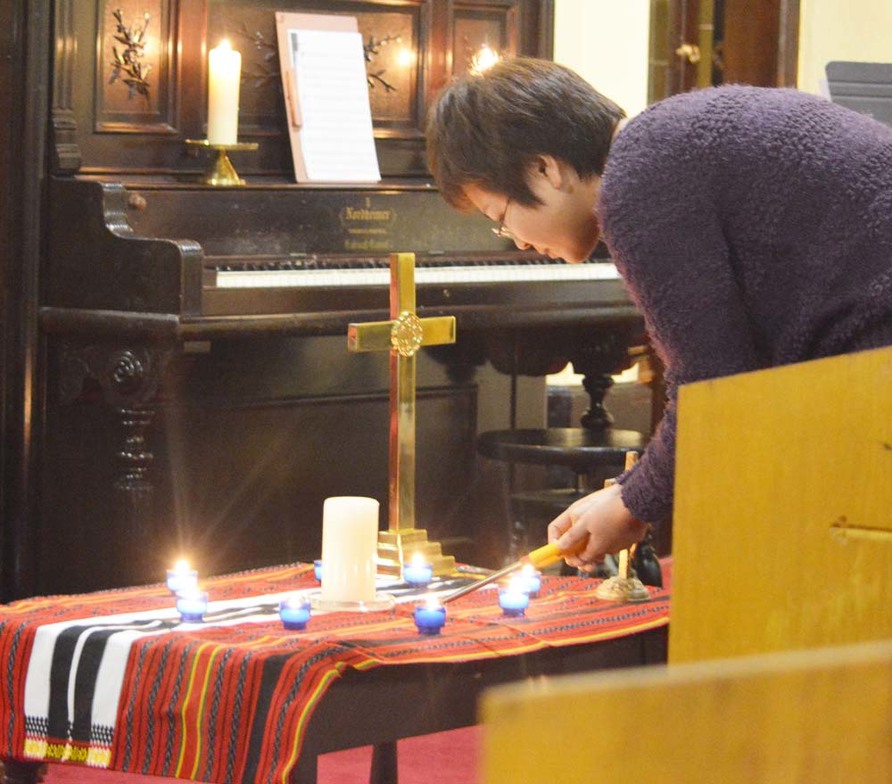 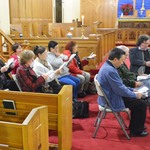 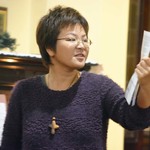 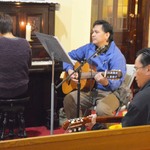 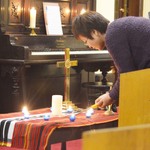 On December 14, 2016 most of Canada was in the middle of a week of very cold weather. Those of us living on the west coast of the country are usually spared the icy winds and sub-zero temperatures of winter but that was not the case in December of 2016. Although the temperature following the setting of the sun in East Vancouver fluctuated between -4 and -7, the atmosphere in St. Michael’s Multicultural Anglican Church was warm and inviting as the diocesan chapter of Anglican CanAsian Ministry (ACAM) hosted Prayer of Light with Taizé Songs.

The worship was scheduled for 6pm, however many had arrived early to rehearse the material under the guidance of cantor/music leader/pianist, Cecilia Pampanico and her spouse, singer/guitarist, Jose Pampanico. Both Cecilia and Jose are members of St. Michael’s.

By 6pm the chairs that had been assembled in the chancel entrance were filled and the pews on the north side of the nave were filling up as well. Cecilia gave a brief explanation about the Taizé  community and the structure of the Taizé service. She concluded by saying “in our service today, we will sing 8 Taizé songs as prayers. The cantor (Cecilia) will sing the phrase of each song as introduction. After an instrumental introduction, please join, singing in any languages, whatever you want. We can sing the same song in multiple languages at the same time. You may also create your own harmony. Between each song, we will have a short period of silence for prayer and meditation. Lighting a candle is the sign to start singing the next song."

There are many in the Anglican Church who are very familiar with Taizé but there are also those who have not experienced this form of worship, alternating simple phrases, usually from Psalms or Scripture with periods of prayerful silence.

Cecilia began the worship by lighting the first candle and in a clear, pure soprano voice sang the 8 bars of the first song Gloria, Gloria, in Excelsis Deo. The worship lasted about an hour and when it had finished, St. Michael’s rector, the Reverend Wilmer Toyoken who had also been leading the music by playing guitar invited everyone to adjourn to the chapel for a fellowship meal.

The Prayer of Light with Taizé Songs was a wonderfully prayerful Advent experience and St. Michael’s was a great place to be on a very cold evening.

There are more photos and captions available on Anglican Conversation the Facebook page of the diocese.