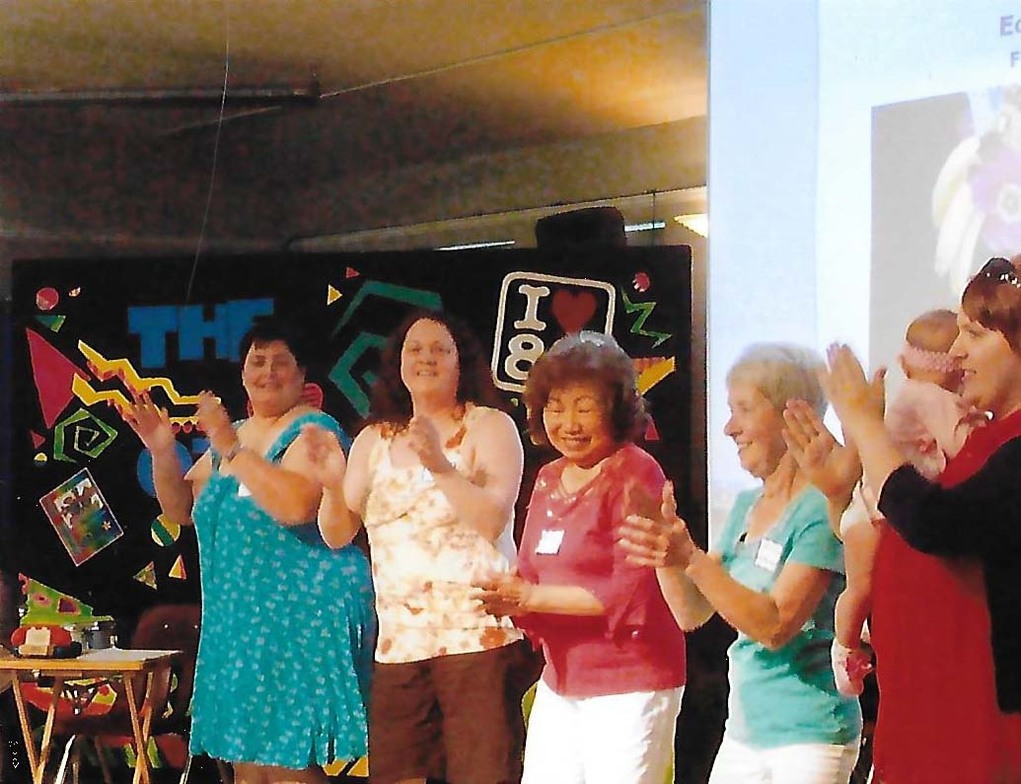 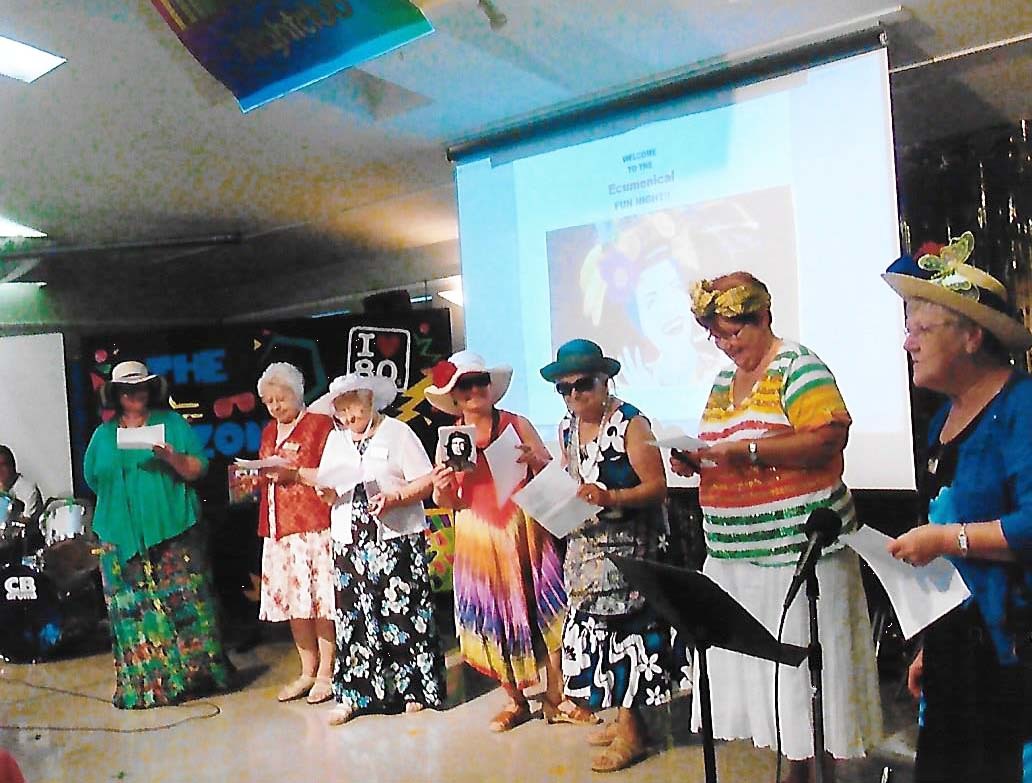 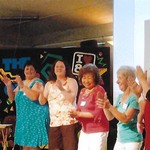 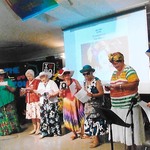 On Monday evening, June 1, 2015, the Millennium Hall at St. Michael’s, Surrey resounded with the chatter and laughter of happy women’s voices. As the women walked past the mannequin sporting a “Carmen Miranda” headdress situated at the entrance to the hall, the theme of the evening became self-evident. Everyone felt blessed as the Reverend Louie Engnan, Rector of St. Michael’s, opened the program with greetings and a special prayer.

Many in attendance carried maracas and other rhythm instruments to accompany their video presentations and dances. Most were suitably attired in bright bandanas, sashes, headbands and hats. The wee baby from St. Bernadette’s Roman Catholic Church who joined her mom in the dance line was the star of the show.

The strains of Guajira Guantanamera, performed by a talented singer/guitarist from Colebrook United Church filled the hall, with everyone joining in on the chorus. This well-known 1932 folksong started out as an ode to a haughty girl but was later adapted to incorporate the words of the Cuban poet and freedom fighter, Jose Martis, and became Cuba’s most patriotic song.

A member of Cloverdale United Church offered an interesting presentation about stones and the different meanings associated with different kinds of stones. A parishioner from Christ the Redeemer who also performed during the event, shared her thought-provoking and rather poetic ideas about Cuba.

The women from Bethany-Newton United shared a rousing video of a Cuban-style singer, and the group from St. Matthew’s performed with various rhythm instruments to Cuban influenced music.

The St. Michael’s contingent, with the help of two welcome volunteers, performed a skit written by actress and playwright Donna White, which added more fun and laughter to the evening.

Fifty quiz questions about Cuba were placed on each table for the groups to puzzle over and answer during the evening. The most knowledgeable groups received bubble gum cigars for their efforts!

The Annual Ecumenical Fun Night has been celebrated on the first Monday in June for more than 30 years, it is always a very special evening of joyful unity. A few churches have come and gone since it first started, but the main group has celebrated this event and also worshipped together on the first Friday of March each year in observance of the World Day of Prayer.

The great time that was had by all, together with the food brought by each group and shared in a communal meal was a great blessing for St. Michael’s.

A special thank you is extended to Michael Kalmuk and the Sources Like Skills Resource Centre for their invaluable help and wonderful decorations.