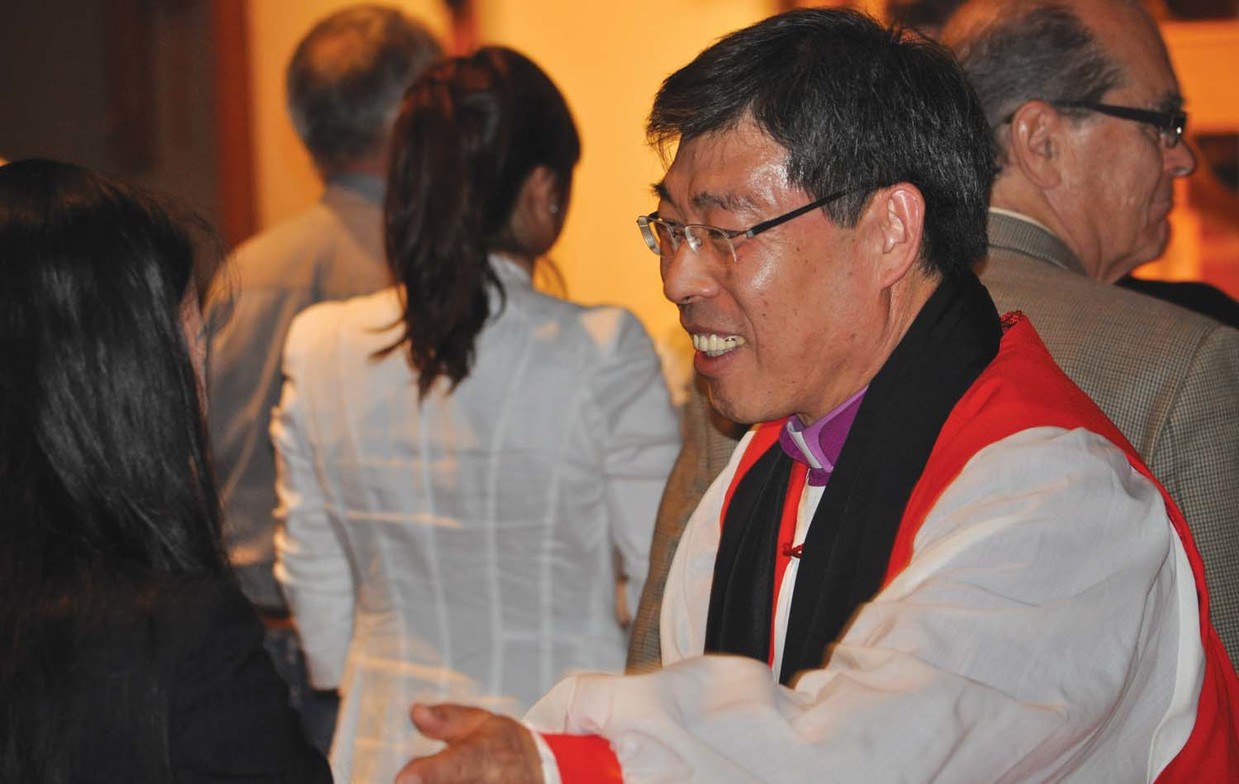 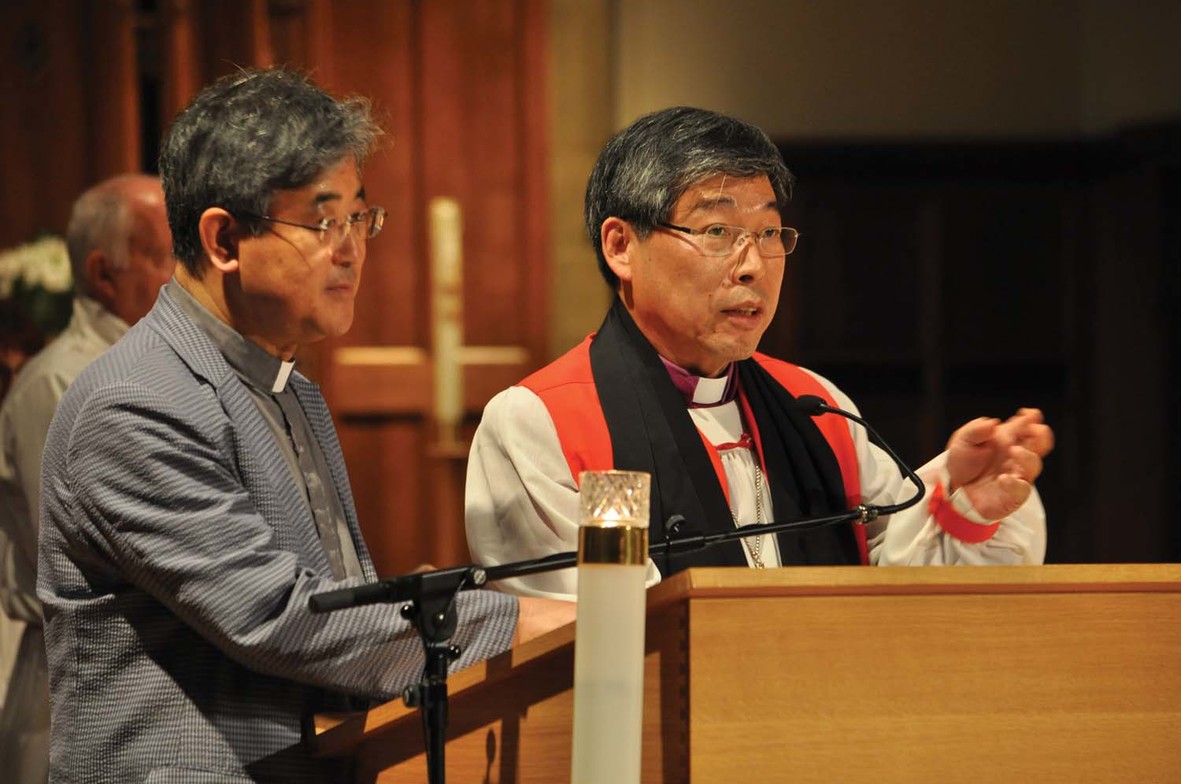 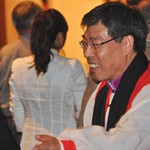 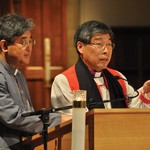 “It doesn’t matter whether you are Buddhists or Christians, Jews or Gentiles, the world needs people who lead Christ’s life.”

These were the words spoken by the interpreter, the Reverend Aidan Koh, (Chaplain, St.James Episcopal School, Los Angeles) near the conclusion of Archbishop Paul Kim’s address at a Celebration of the Eucharist at Christ Church Cathedral marking the Birth of John the Baptist, Tuesday, June 25th, 2013.
Archbishop Kim, en route to the Diocese of Peterborough in England (there are 6 Korean clergy in ministry in that diocese) from the Episcopal Asiaamerica Ministries Conference that ran June 20th to June 24th wanted to stop in Vancouver to visit the Diocese of New Westminster and to pay his respects to Bishop Michael Ingham and his legacy of prophetic witness.
Archbishop Kim has been a vocal advocate in the Asian region and across the Anglican Communion for justice, particularly as it relates to sexuality.
He began his sermon by “thanking God for many things.” He shared that he was very excited to be in the Diocese of New Westminster but first he thanked God for the ordination to the diaconate of the first Korean-Canadian woman in the Diocese of New Westminster, Ka Hyun MacKenzie Shin. He believes that everyone in the diocese is “joyful” for this special occasion in diocesan history. He was also delighted to see how his missionary priest, the Reverend Daebin Im is doing in ministry to the Japanese-Canadian congregation at Holy Cross. And he thanked God for the opportunity to develop a new relationship as a partner in mission in Christ with the Diocese of New Westminster.
He then told a very funny story about the baptism of pets.
He continued, briefly making reference to the conflict that exists between North and South Korea. He said that the launching of test missiles by North Korea is scary for us in the west but it is particularly frightening for those, living in South Korea. He also made reference to the ongoing instability in the Middle East and the horrors of war that “kills children and destroys families.”


Archbishop Paul told the story of a good Samaritan event in London, England as a way of illustrating that sometimes living a “Christ-like” life can be a lonely path particularly when you take risks to help others and everyone around you stands idle and uninvolved or is focused on their own interests. He concluded his address saying “Living the life of Christ is needed, same in Vancouver as it is in Seoul. Wherever we live in the world we are all called to lead that life, it is our Holy privilege. At the very moment of our baptism we believe Jesus keeps helping us to live a life like his. Remember we did not fight to get this privilege, it is freely given.”